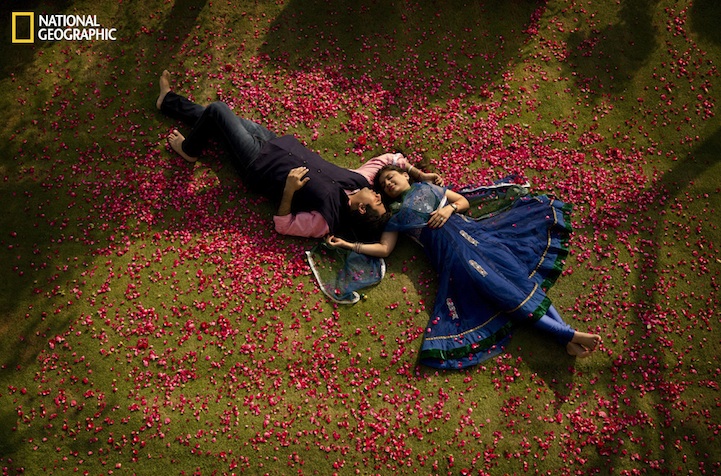 What is love and how do you portray such a beautiful yet abstract feeling? Last month, National Geographic asked its readers to submit photos on how they see love through their photo community Your Shot. Called Love Snap, the project brought out many different interpretations of love – from a grandmother's pure love for her grandchild to an adorable little girl just loving life.

After sorting through hundreds of images, National Geographic whittled their list down to 27, eleven of which you'll see right here. The one that immediately grabbed us is the one above, called Aerial Love, by photographer Ankit Narang. It shows a couple blissfully lying in a sea of rose petals. “I composed and shot this during early morning hours, few days prior to this couples wedding,” Narang stated.

To National Geographic, what made this photo stand out? Elizabeth Krist, Senior Photo Editor at National Geographic Magazine wrote, “A scene right out of a Bollywood musical number, from the camera angle of a blessing angel. The lovers' bodies at a diagonal against the backdrop of blossoms, their bare feet, the flare of the woman's skirt in the shape of a flower–all bathed in morning light–give the scene its idyllic feel.” 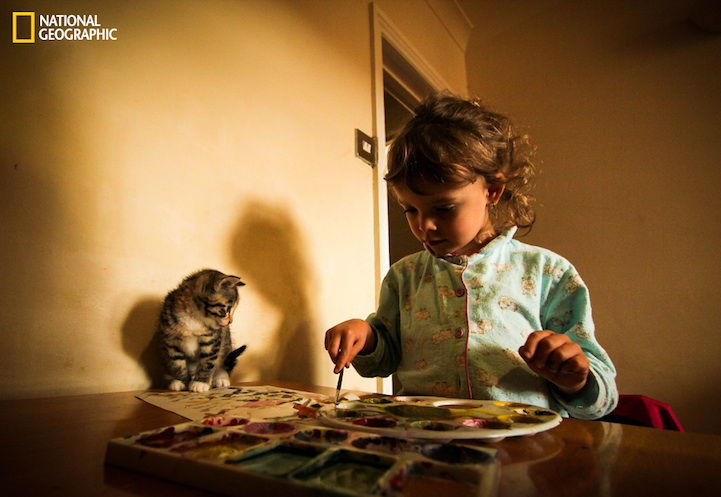 Painting
Love comes in many forms and a peaceful morning can be full of it!
Photograph and caption by Anca Bilt, National Geographic Your Shot 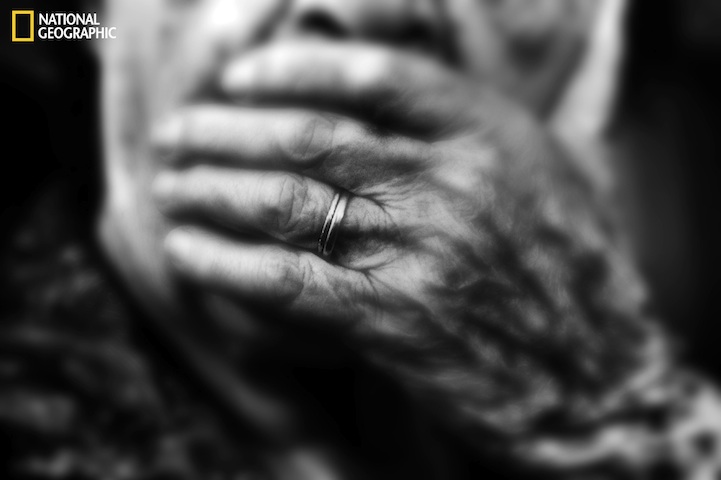 Two Wedding Rings
My Grandmothers hand wearing the two rings. One belongs to her and second to someone who is gone.
Photograph and caption by Konstadinos Xenos, National Geographic Your Shot 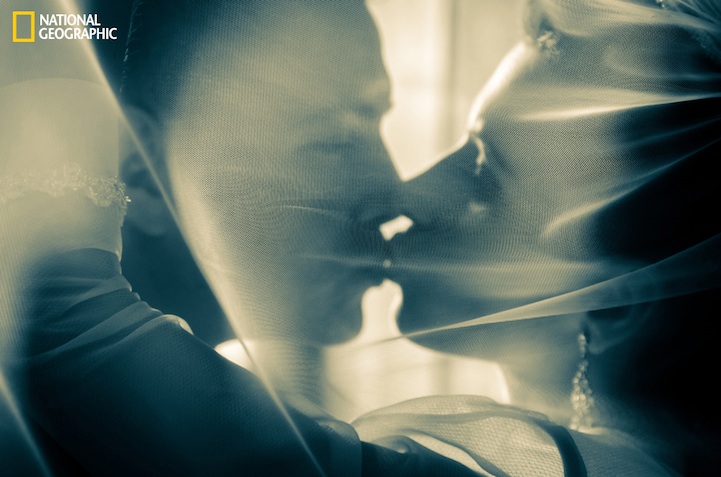 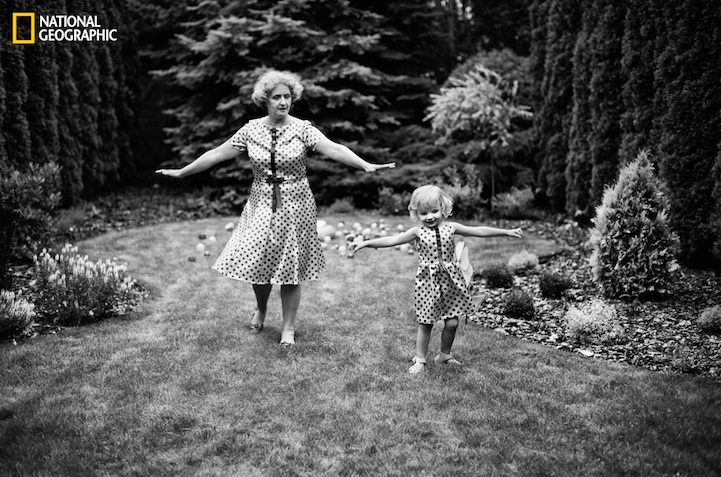 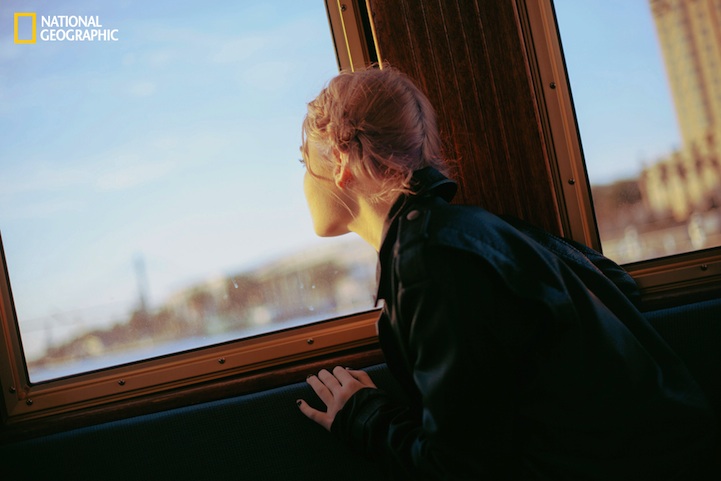 Lindsay
Unstaged photograph on a ferry of my friend looking out the window.
Photograph and caption by Mey Bulucek, National Geographic Your Shot 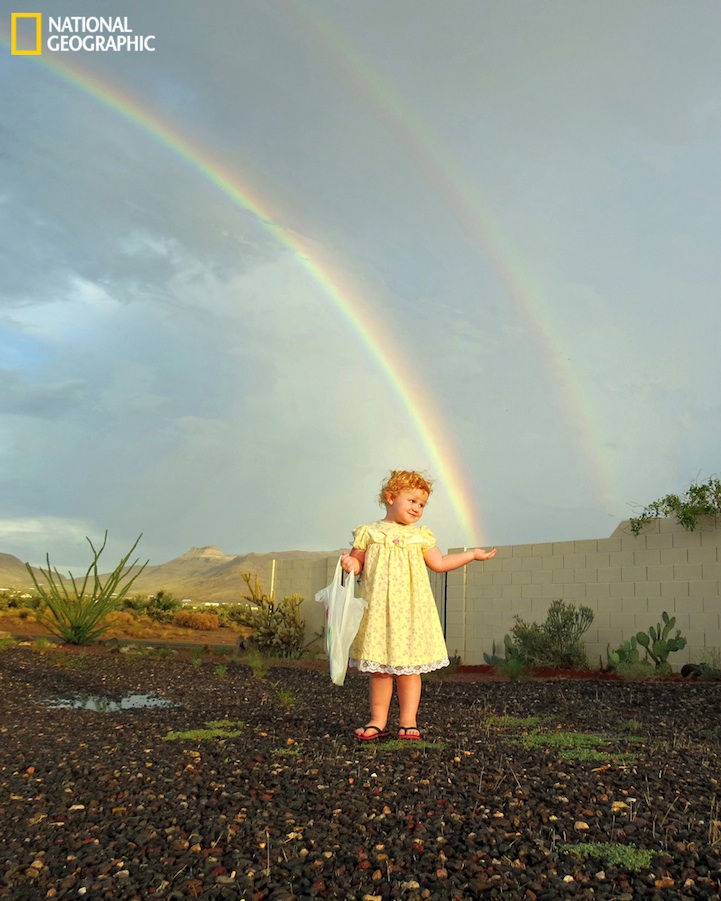 Loving Life
A beautiful double rainbow in the Arizona desert! Out jumping in puddles after a downpour and couldn't pass up the opportunity to hold this rainbow.
Photograph and caption by Alissa Jade, National Geographic Your Shot 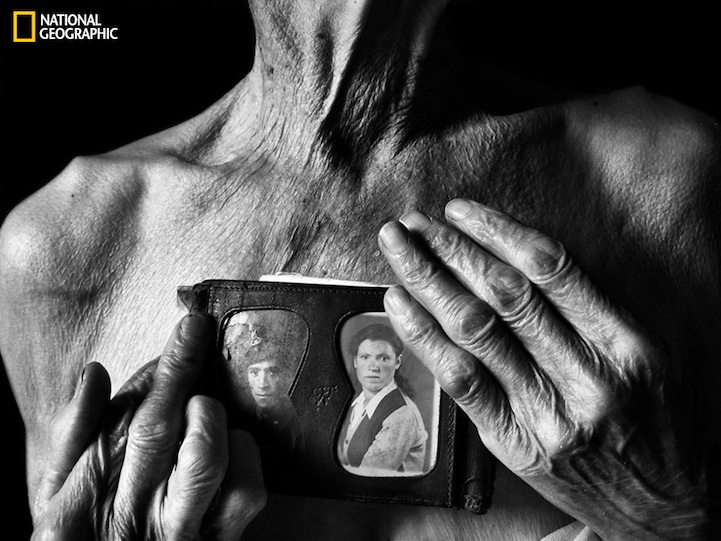 For this last photo, Maggie Steber, a National Geographic Photographer wrote,”This photograph is the perfect illustration of the power of photography. It's an older woman holding photos of herself and her husband, who just passed away. The small photos show them when they were young and still at the beginning of their lives. I love to say that nothing can describe what your mother looked like when she was 20 and the moonlight fell on her face just so. This photograph is so personal, so intimate, and it tells us everything through the age of the skin and hands and by the way the woman is holding these photos in such a tender way. The story here is that of a lifelong love where two people really do almost become one, people who came together to make a family, a home, perhaps a business, and always were two … And now there is but one. It's a universal story, because death is something that happens to all of us–but hopefully so does love. This grandmother found her husband's wallet with photos of the couple when they were young. So beautiful, these young people who came together to build a life. The photographer has framed it well and included the most simple and direct lighting and details (wrinkled skin, old photographs) that speak to a very old love. Really moving.”