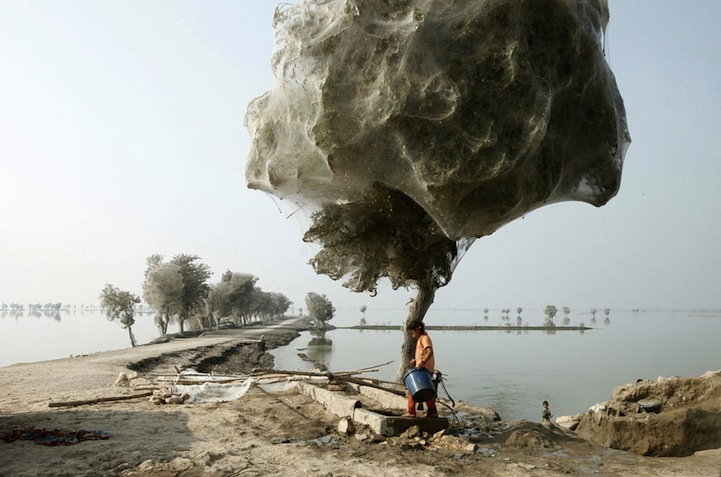 Every year, National Geographic holds a contest to celebrate the best photos of 2011. Although the deadline for submissions is coming up on November 30, Nat Geo allowed Alan Taylor to put the spotlight on some of the marvelous entries. In Focus is on the scene.

Above: “An unexpected side-effect of the 2010 flooding in parts of Sindh, Pakistan, was that millions of spiders climbed up into the trees to escape the rising flood waters; because of the scale of the flooding and the fact that the water took so long to recede, many trees became cocooned in spiders webs. People in the area had never seen this phenomenon before, but they also reported that there were less mosquitoes than they would have expected, given the amount of standing water that was left. Not being bitten by mosquitoes was one small blessing for people that had lost everything in the floods.” ( Russell Watkins)