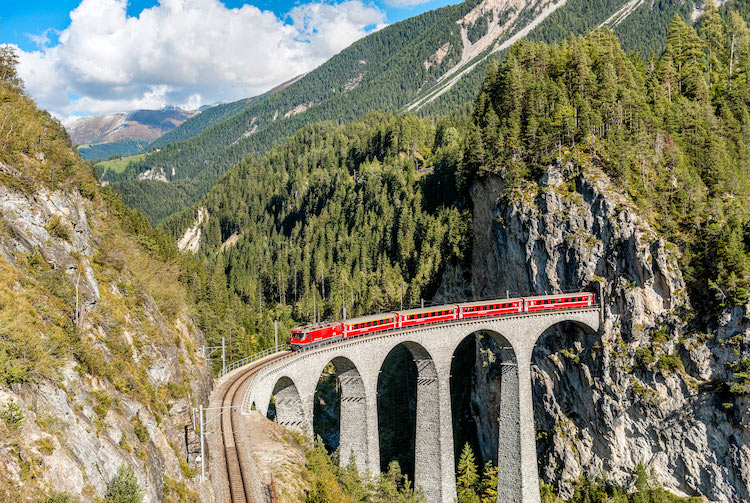 To many people, travel is all about reaching a destination. With this mindset, they may be tempted to hop on a plane or pack up the car, oblivious to the spectacular sights they'll miss as they zoom toward their target. Hoping to open jet-setters' eyes to alternative ways of traveling, National Geographic has compiled a collection of “The Sixteen Best Train Trips in the World” for their August/September issue of National Geographic Traveler.

The scenic train rides selected by National Geographic offer a diverse look at the world's railway travel. Some, like Europe's dazzling Orient Express, offer views of various metropolises, including London, Paris, and Venice. Others, such as Africa's Shongololo Express, showcase the beauty of wild nature. In addition to eclectic environments and terrains, the list also presents trips of various durations, from daytime journeys, like the 8-hour route of Switzerland's aptly-named Glacier Express, to overnight excursions, including the seven-day passage of India's radiant Royal Rajasthan.

With a wealth of tantalizing trips to choose from, “The Sixteen Best Train Trips in the World” is sure to have a picture-perfect excursion for everyone. To see the full list, be sure to pick up this month's edition of National Geographic Traveler, on newsstands now!

Here, we offer a look at the world's most scenic train rides, as selected by National Geographic Traveler. 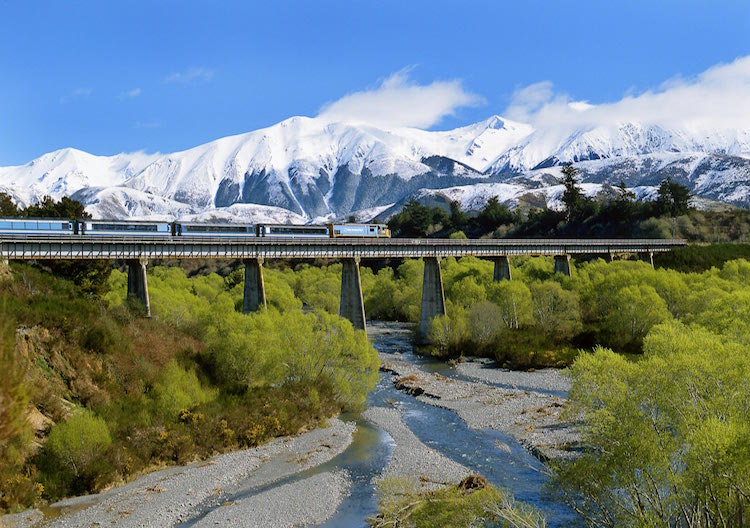 In New Zealand, the TranzAlpine runs between Christchurch and Greymouth, racing alongside the Waimakariri River and through the Southern Alps on a nine-hour round-trip route.
PHOTOGRAPH BY AGE FOTOSTOCK/ALAMY STOCK PHOTO

Belgrade to Bar, Serbia and Montenegro 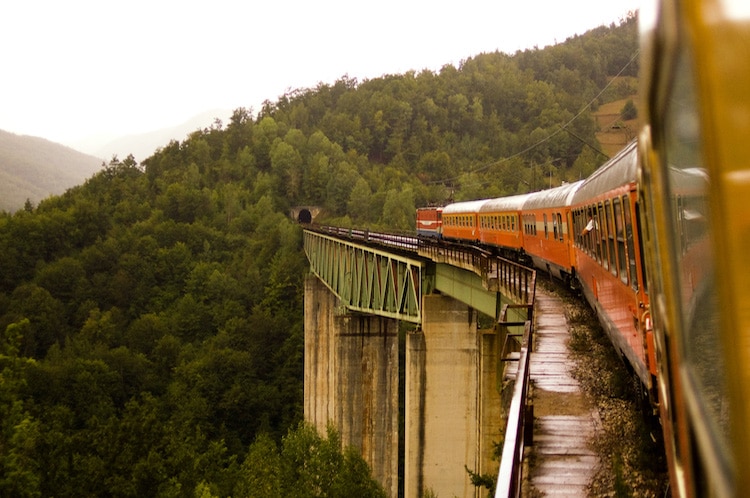 On Belgrade to Bar, riders experience 254 tunnels and 435 bridges on a 296-mile trip from Serbia’s capital to the shores of the Adriatic, at a bargain price.
PHOTOGRAPH BY NICK COTTMAN, ALAMY STOCK PHOTO 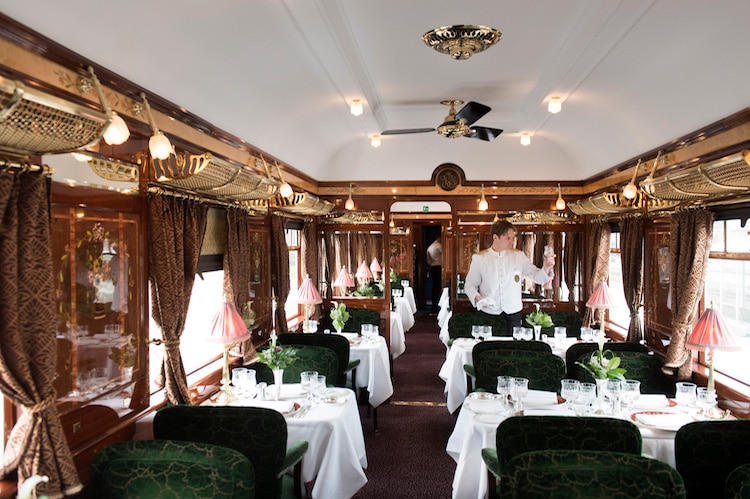 Black-tie glamour still rules on the century-old Orient Express from London to Venice, which passes through Paris while you’re having dinner and brings aboard fresh-baked croissants when the train stops in Switzerland.
PHOTOGRAPH BY HUBERT FANTHOMME, PARIS MATCH/GETTY IMAGES) 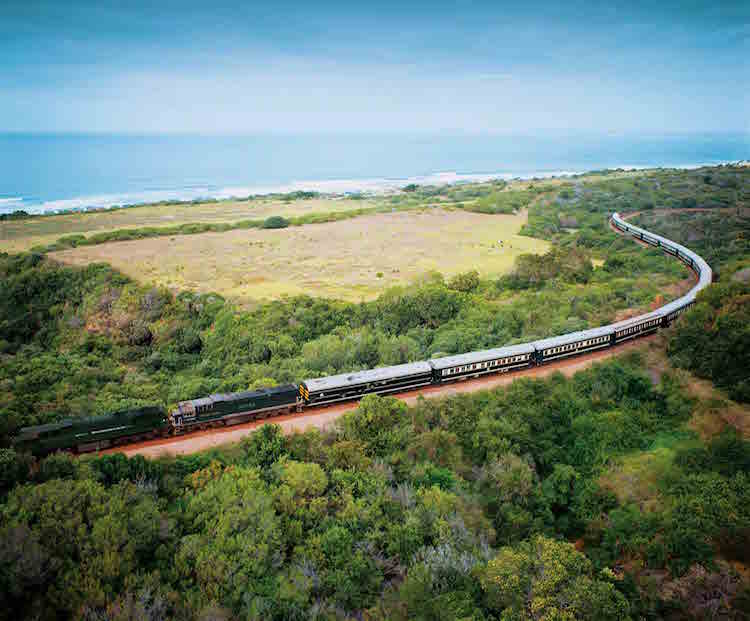 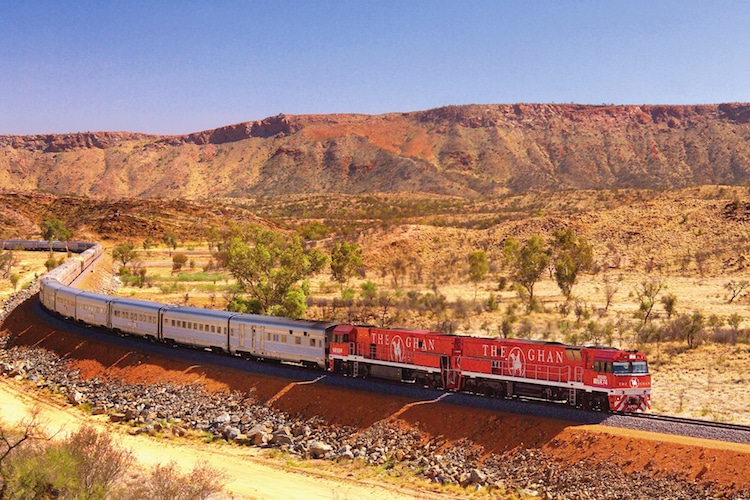 Pack hiking boots and binoculars to explore Alice Springs on The Ghan, which runs north to south in the “Red Centre” of Australia from Darwin to Adelaide.
PHOTOGRAPH COURTESY THE GHAN 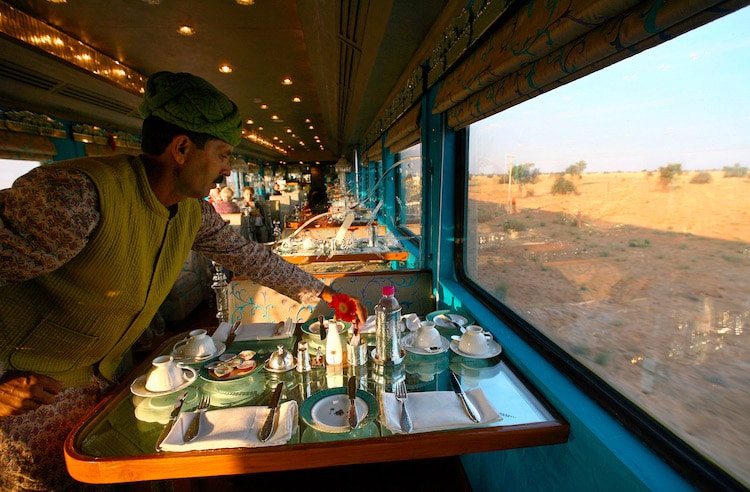 A mobile palace complete with onboard spa, Royal Rajasthan on Wheels highlights India’stemples, forts, and Taj Mahal on a seven-night passage.
PHOTOGRAPH BY VIJAY MATHUR, REUTERS 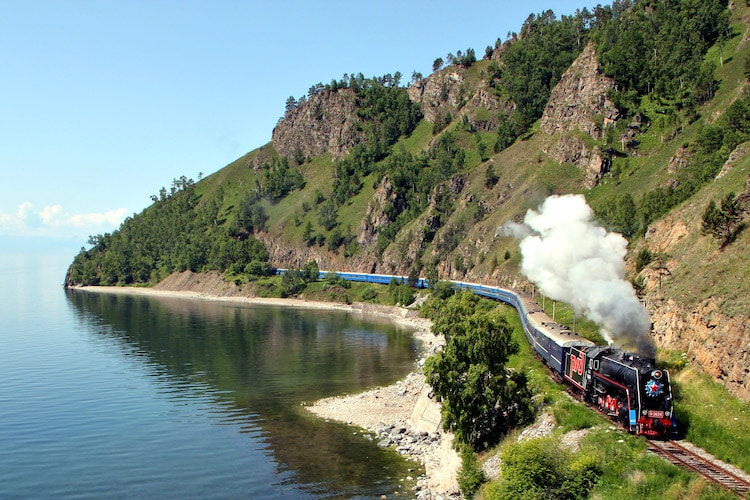 National Geographic Expeditions offers a 16-day excursion through Russia, from Vladivostok to Moscow, aboard the Golden Eagle Trans-Siberian, which rolls by Lake Baikal, the deepest lake on Earth.
PHOTOGRAPH COURTESY GOLDEN EAGLE TRANS-SIBERIAN 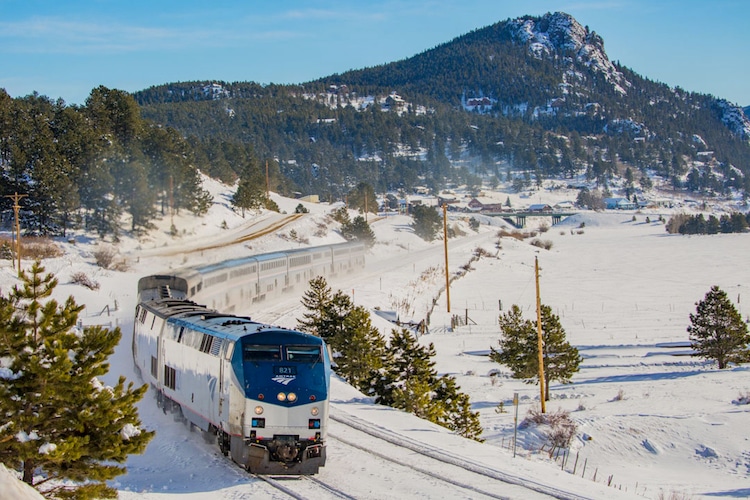 Rolling from the Windy City to San Francisco, the California Zephyr climbs both the Rockies and the Sierra Nevada before descending to the Pacific coast on its 2,447-mile traverse across the heartland of America.
PHOTOGRAPH COURTESY MARC GLUCKSMAN, AMTRAK 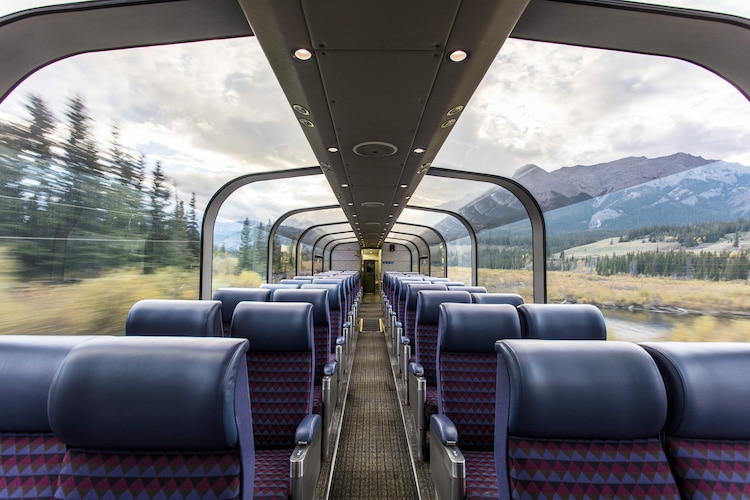 Take The Canadian, where passengers can spend three days watching the countryside scenery from Toronto to Vancouver via dome cars.
PHOTOGRAPH COURTESY VIA RAIL CANADA

The Train to the Clouds, Argentina 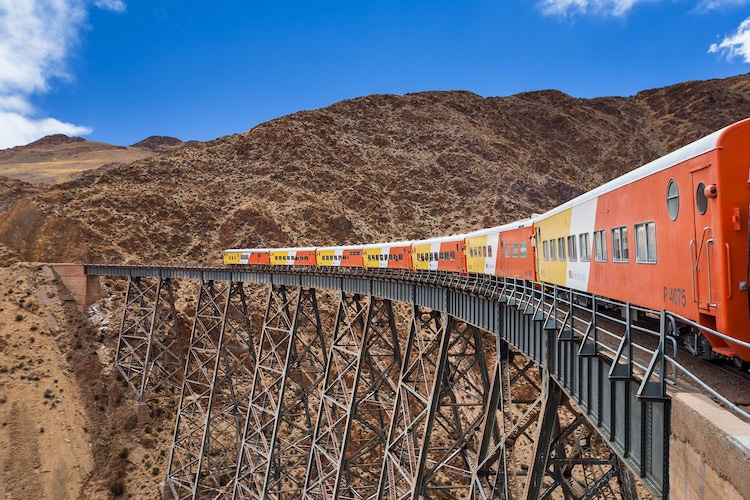 The Train to the Clouds climbs to 13,800 feet in the rugged Andes on its way from Salta, Argentina, to the Chilean border on one of the highest train journeys in the world.
PHOTOGRAPH BY MARCO GUOLI 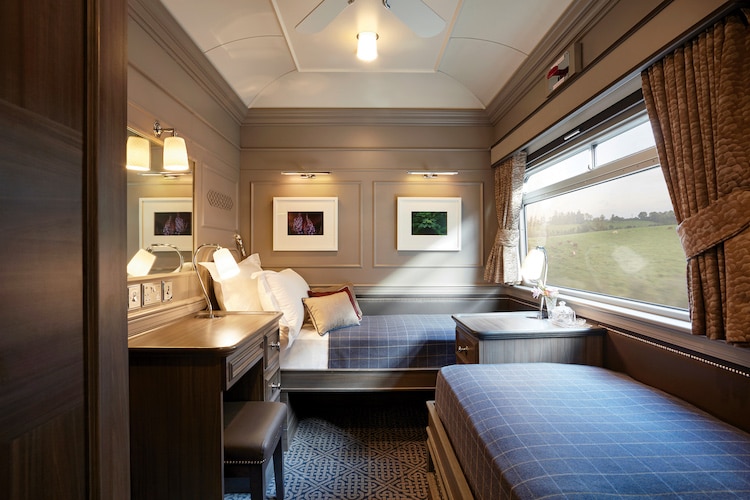 Documenting the Life of Train Hoppers Over 50,000 Miles