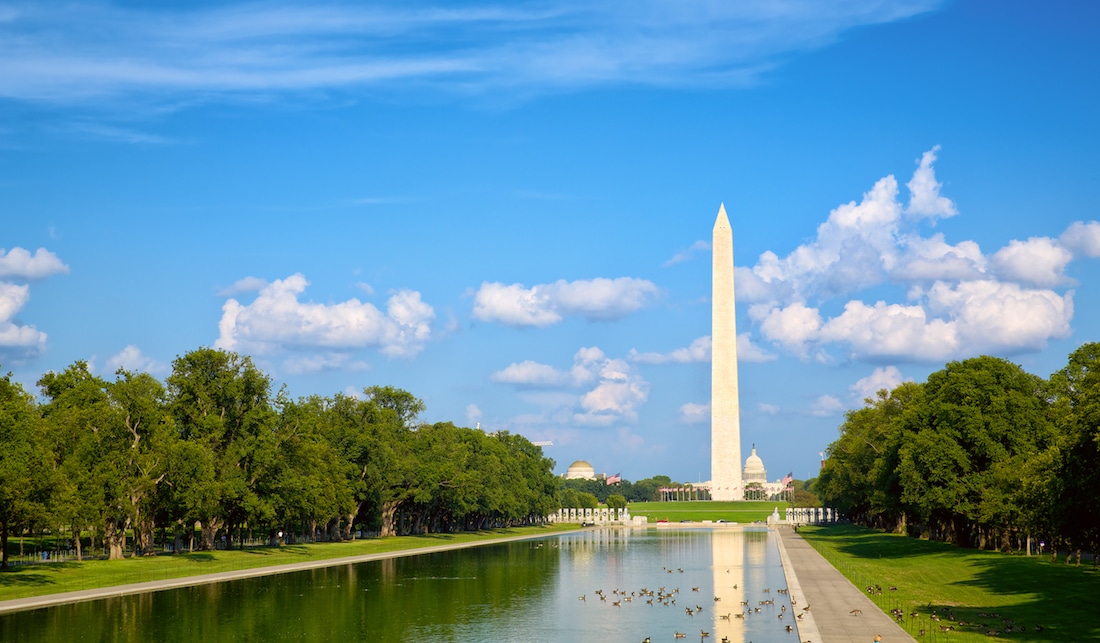 Washington, DC is a treasure trove of American history. While much of the capital city serves as an archive of the past, the National Mall stands above the rest. This nearly two-mile stretch of land is lined with some of the country's most prized museums and monuments, from a string of Smithsonians to the Lincoln Memorial.

The historical significance of the Mall, however, is marked by more than the landmarks it houses. Spanning over 200 years, the history of the National Mall itself is worth exploring. Here, we stroll through a meandering timeline of the important site, from its original plan to its current state as the “monumental core” of the capital—and country. 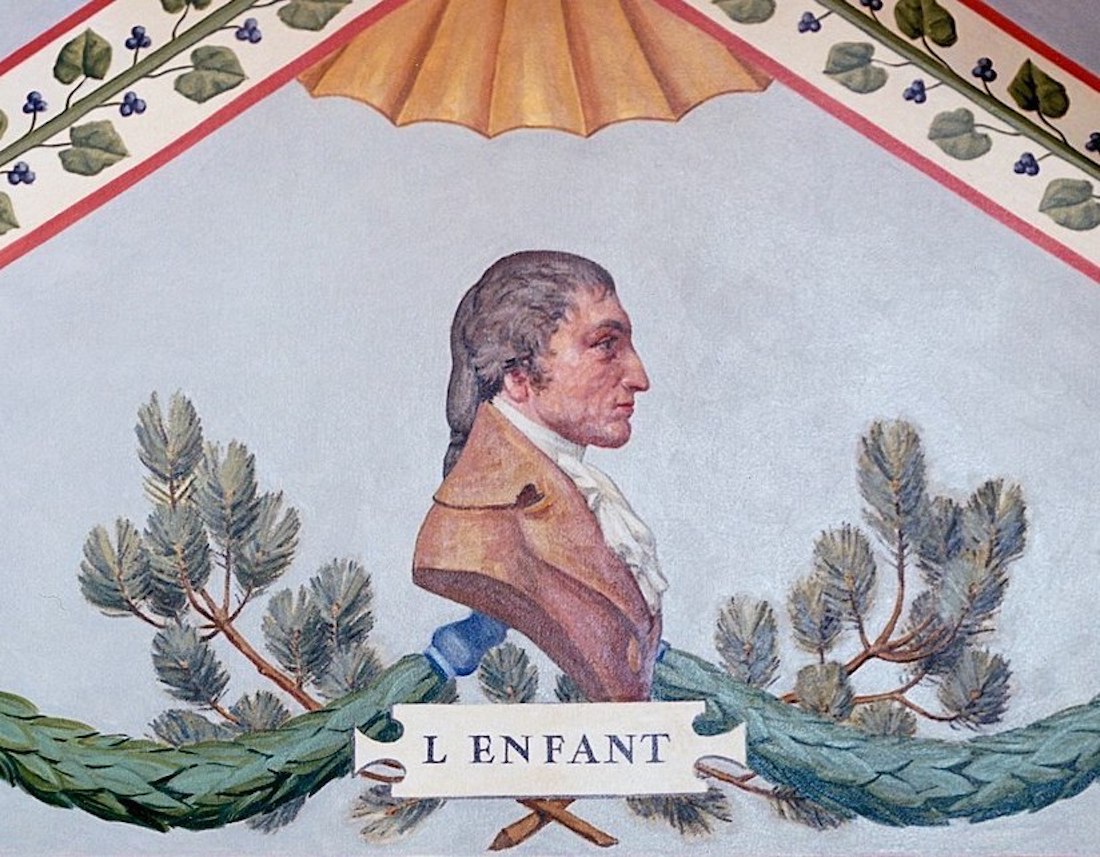 Allyn Cox, Portrait of Pierre Charles L'Enfant in the US Capitol (Photo: Architect of the Capitol [Public Domain])

In 1777, French military engineer Pierre Charles L'Enfant (1754 -1825) arrived in the United States from Paris. L'Enfant, a 23-year-old student enrolled in the Royal Academy in the Louvre, was one of 12,000 soldiers sent by France to aid the colonists during the American Revolution.

L'Enfant quickly became known for his creativity—both on and off the battlefield. On top of mastering the “art of fortification,” he was also recognized for his fine art skills; he was even reportedly commissioned to paint a portrait of George Washington in 1778. Merging these skill sets, L'Enfant pursued a career in civil engineering after the war, culminating in his most famous project: designing the new federal district.

In 1791, George Washington appointed L'Enfant to come up with a plan for the “City of Washington.” While Washington and Thomas Jefferson, his Secretary of State, saw this as a modest task (they assumed he'd simply help them pick a location and the sites of important buildings), L'Enfant had bigger plans, as laid out in his Plan of the city intended for the permanent seat of the government of the United States. 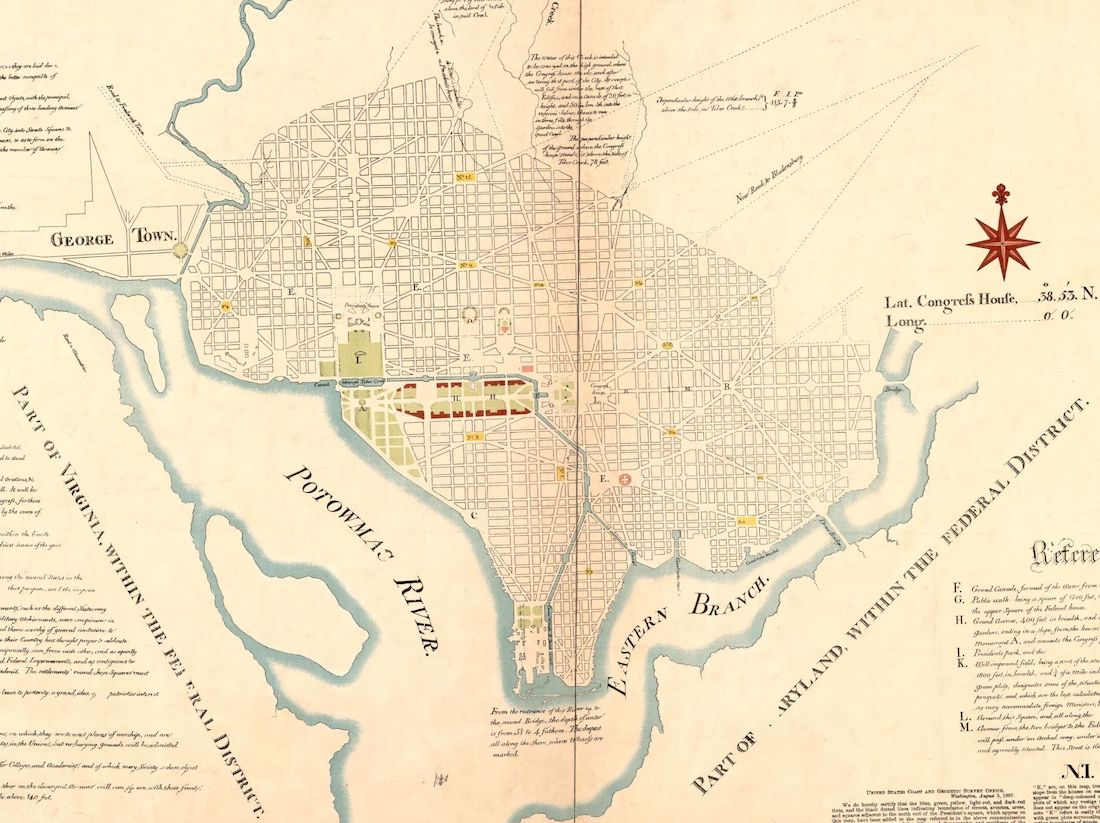 Among his most ambitious ideas was the proposal for a “Grand Avenue,” a one-mile-long promenade inspired by the sweeping Gardens of Versailles. This sprawling strip would seamlessly connect the Congress House (later known as the “United States Capitol”) and an equestrian statue of Washington. It also called for the construction of the President's House (eventually called the “White House”), which L'Enfant envisioned as a grandiose palace.

Unfortunately, the overly ambitious nature of L'Enfant's plans strained his professional relationships, and, in 1791, he was dismissed by Washington. Land surveyor Andrew Ellicott took over the project, revising L'Enfant's plans until architect and horticulturist Andrew Jackson Downing was put in charge in the early 1850s.

Map of the Mall in 1893 (Photo: Wikimedia Commons [Public Domain])

While L'Enfant pulled inspiration from his engineering background, Andrew Jackson Downing (1815-1852) turned to his green thumb. The son of a nurseryman, the editor of several gardening publications, and the author of Fruits and Fruit Trees of America (1845), Downing had ample experience in horticulture by the time he took on the project. It is no wonder, therefore, that his plan for the Mall revolved around green spaces.

Downing dreamt up a promenade with discrete naturalistic parks that would turn L'Enfant's manicured Mall into “a public museum of living trees and shrubs.” Facing limited resources, Congress initially only approved some of the project. And, by 1853—a year after Downing's untimely death—all funding was cut. Still, against all odds, his plan mostly managed to reach fruition. Over the coming years, public parks would pop up along the Mall and, following the Civil War, the space was even outfitted with greenhouses used to grow crops. 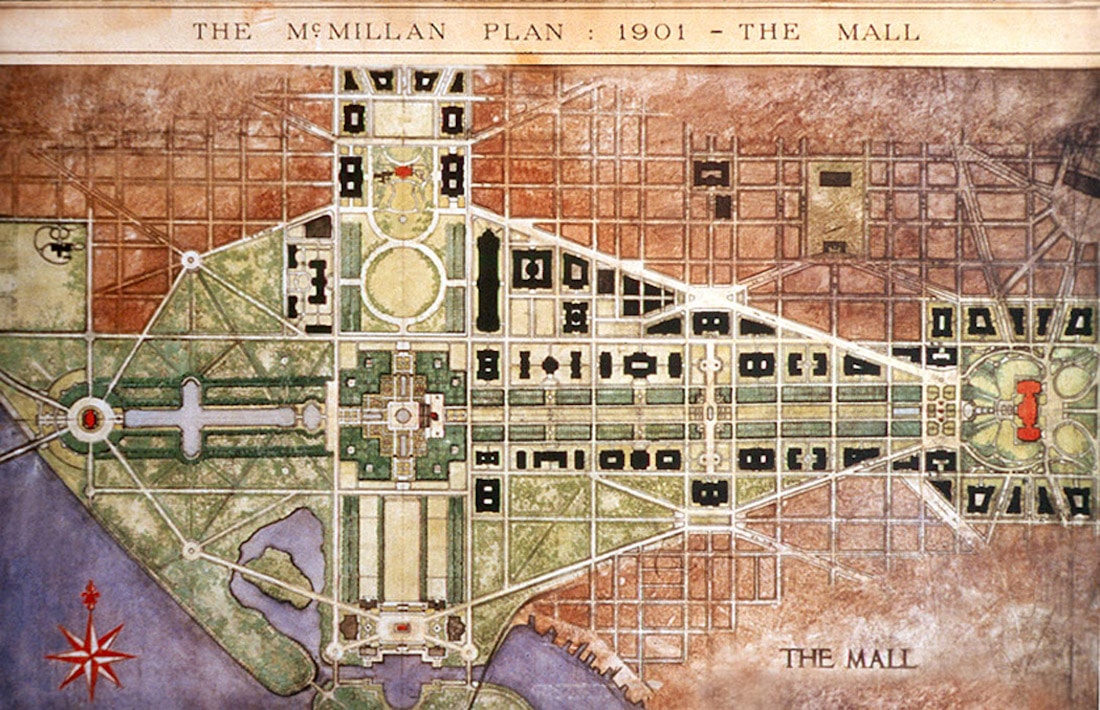 At the turn of the 20th century, the Mall's ongoing construction project again traded hands. This time, it was taken over by the Senate Park Commission, a committee better known as the McMillan Commission.

This “open space,” however, would not be in the form of the “grand avenue” L'Enfant had envisioned. It would instead materialize as a tree-lined lawn framed by busy boulevards, flanked by celebrated buildings, and pierced by the Washington Monument, a 555-foot marble obelisk intended to honor George Washington. Dedicated in 1885, this structure remains an icon of what the McMillan Commission called the country's “monumental core”—even after an earthquake in 2011 called for its complete restoration. 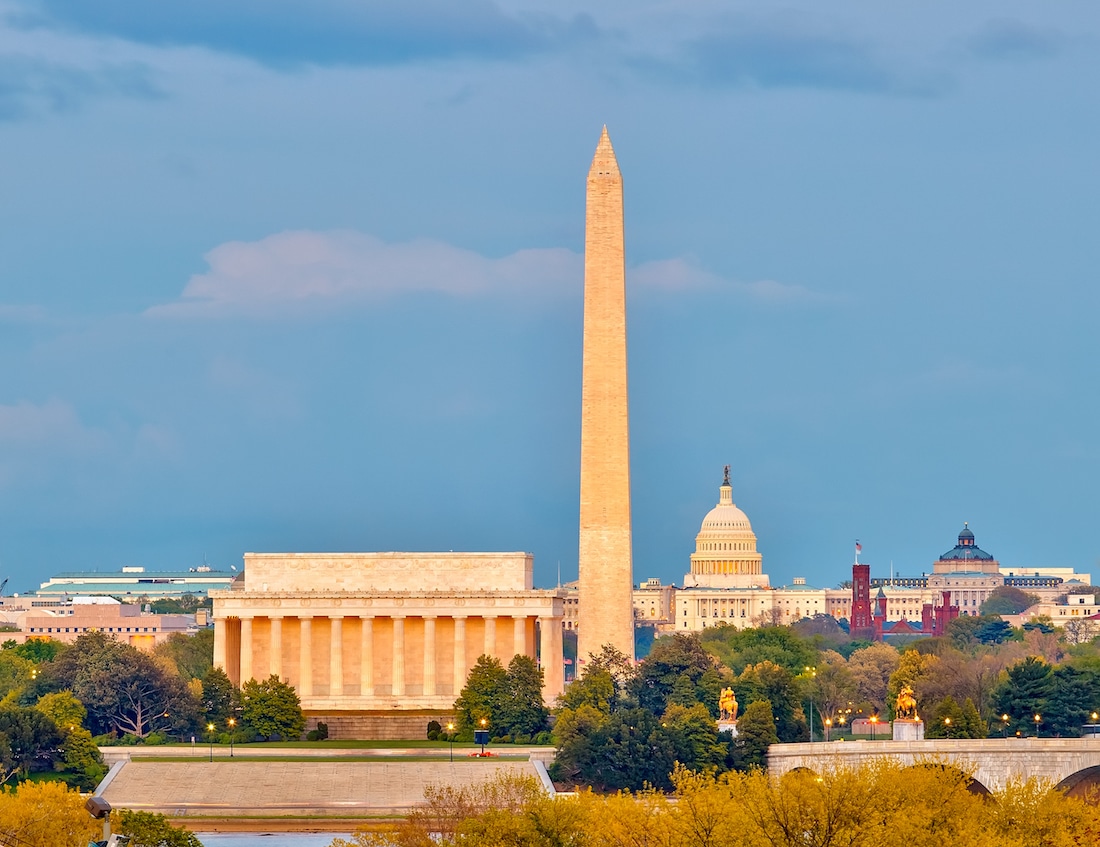 Even prior to the earthquake, there had been an increasing emphasis on maintaining the Mall and its monuments. Since 2007, the Trust For The National Mall, a non-profit partner of the National Park Service, has worked to preserve the promenade, which sees over 36 million annual visitors.

What can sightseers expect at the Mall today? On top of a glimpse into L'Enfant's sprawling layout and Downing's dream of a “public museum,” the Mall's “open space” houses a wealth of world-class museums—from the Neo-Classical National Gallery of Art to the forward-thinking National Museum of African American History and Culture—as well as sculpture gardens and poignant memorials. A “masterful blending of formal history and tradition and informal contemporary life,” these sites make the historic Mall one of today's most important cultural destinations.

Stroll through history! Share
Like My Modern Met on Facebook
Get Our Weekly Newsletter
Become a
My Modern Met Member
As a member, you'll join us in our effort to support the arts.
Become a Member
Explore member benefits