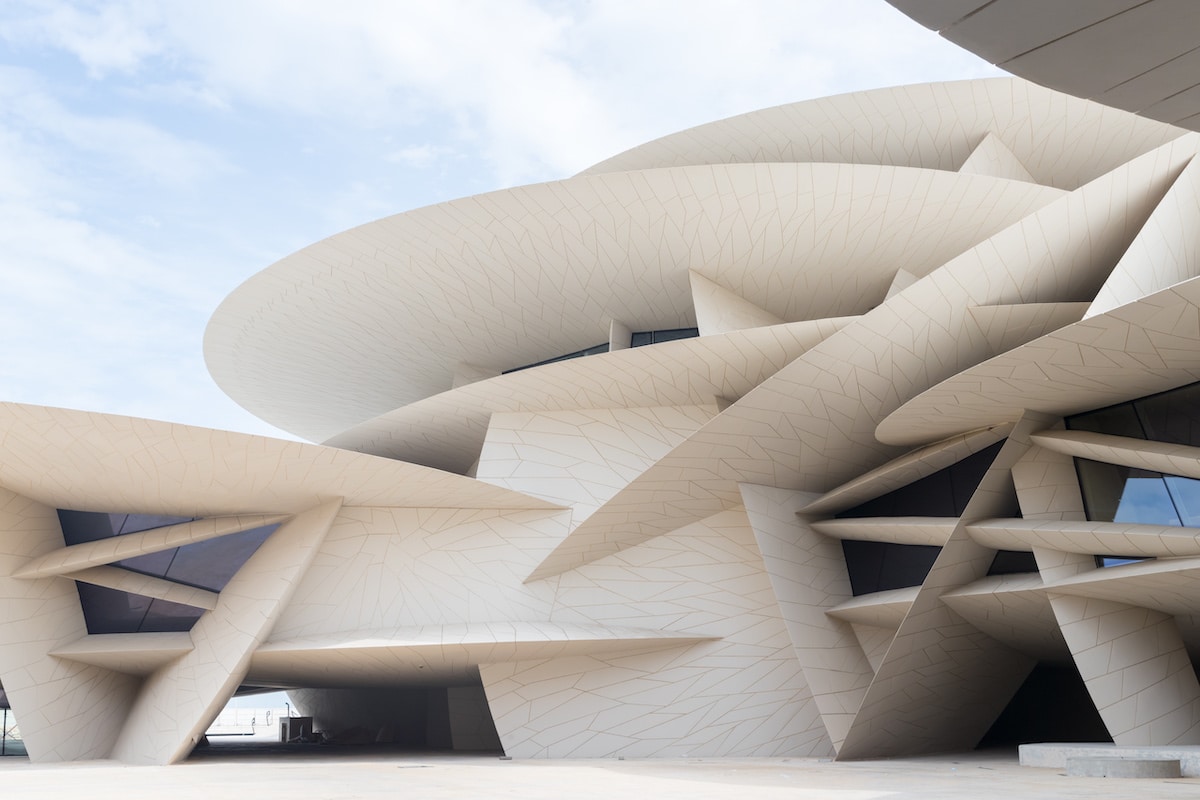 Rising up from the desert landscape, Ateliers Jean Nouvel‘s National Museum of Qatar is a masterpiece over a decade in the making. Composed of interlocking vertical and horizontal disks of varying dimensions, the museum brings visitors along a nearly 1 mile (1.5 kilometer) gallery path to discover the history of the Middle Eastern nation. Based on the concept of a mineral formation known as a “desert rose,” Nouvel's design integrates with the past, while looking toward the future.

The National Museum of Qatar is located in a civic area with numerous other cultural institutions, placing it close to other architectural highlights, such as I.M. Pei's Museum of Islamic Art. The site is also steeped in history, as is home to the historic Palace of Sheikh Abdullah bin Jassim Al Thani. This 20th-century leader was the son of the founder of modern Qatar, and his recently restored palace is the centerpiece of the museum.

Nouvel seamlessly integrates the historic architecture into his design, using natural curves and forms to create an organic flow to the structure. By using sand-colored, glass fiber-reinforced concrete for the exterior of the enormous complex—which measures 560,000 square feet (52,000 square meters)—it blends in with the environment rather than overwhelming it.

Museum architecture is always complex, as the architect must keep in mind the function, flow, and intention of the building. Charged with designing a building that would explore the history and culture of Qatar, Jean Nouvel had different dynamics to balance. Nouvel wished to pay homage to the nomadic people who first settled in Qatar, while also recognizing the rapid economic development that took hold after the discovery of oil in the post-World War II era. 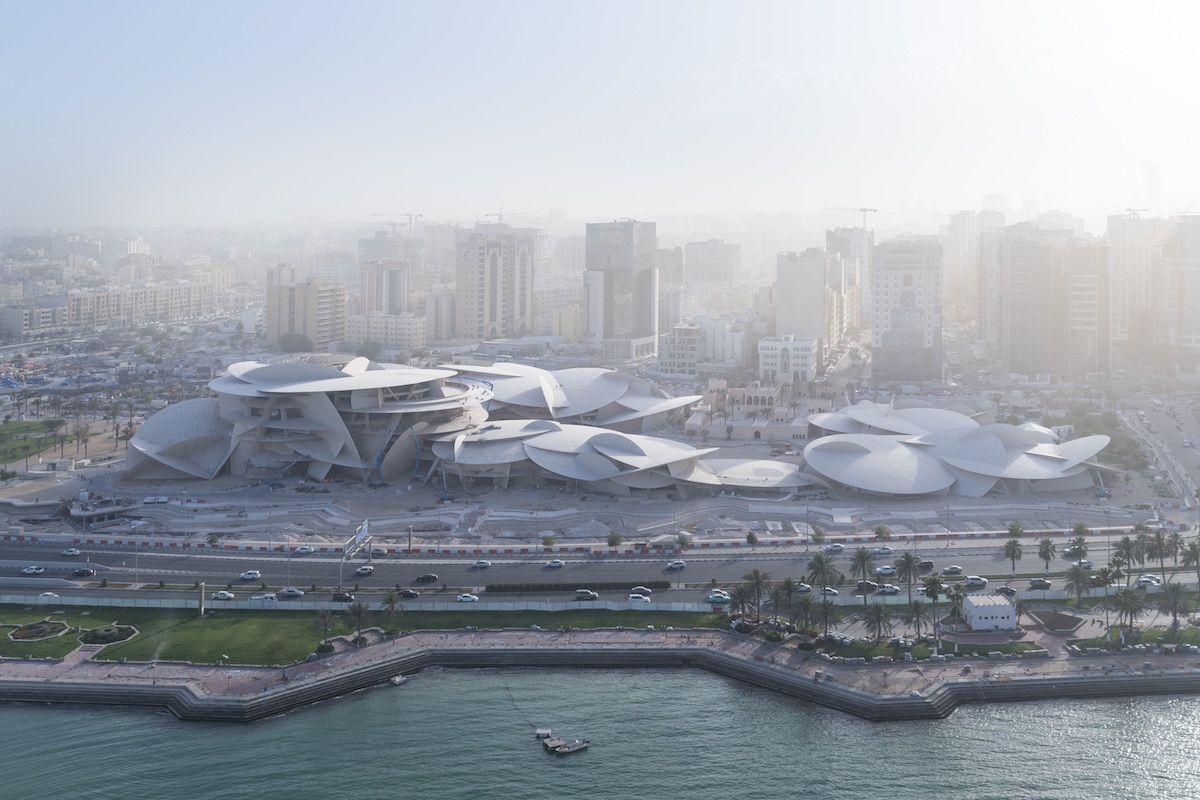 “Symbolically, its architecture evokes the desert, its silent and eternal dimension, but also the spirit of modernity and daring that have come along and shaken up what seemed unshakeable,” Nouvel says of the Museum. “So it’s the contradictions in that history that I’ve sought to evoke here.”

When it comes to the structure, Nouvel turned to nature, citing desert rose as its inspiration. A desert rose is a mineral formation only found in arid coastal locations. The formation happens when minerals crystallize in areas such as evaporated salt basins, resulting in petal-like formations. Nouvel calls it the “first architectural structure that nature itself creates,” and was enchanted by its complexity.

“Taking the desert rose as a starting point turned out to be a very progressive, not to say utopian, idea. I say ‘utopian’ because, to construct a building 350 meters long [1,148 feet long], with its great big inward-curving disks, and its intersections and cantilevered elements—all the things that conjure up a desert rose—we had to meet enormous technical challenges,” shares the acclaimed architect. “This building is at the cutting-edge of technology, like Qatar itself.” 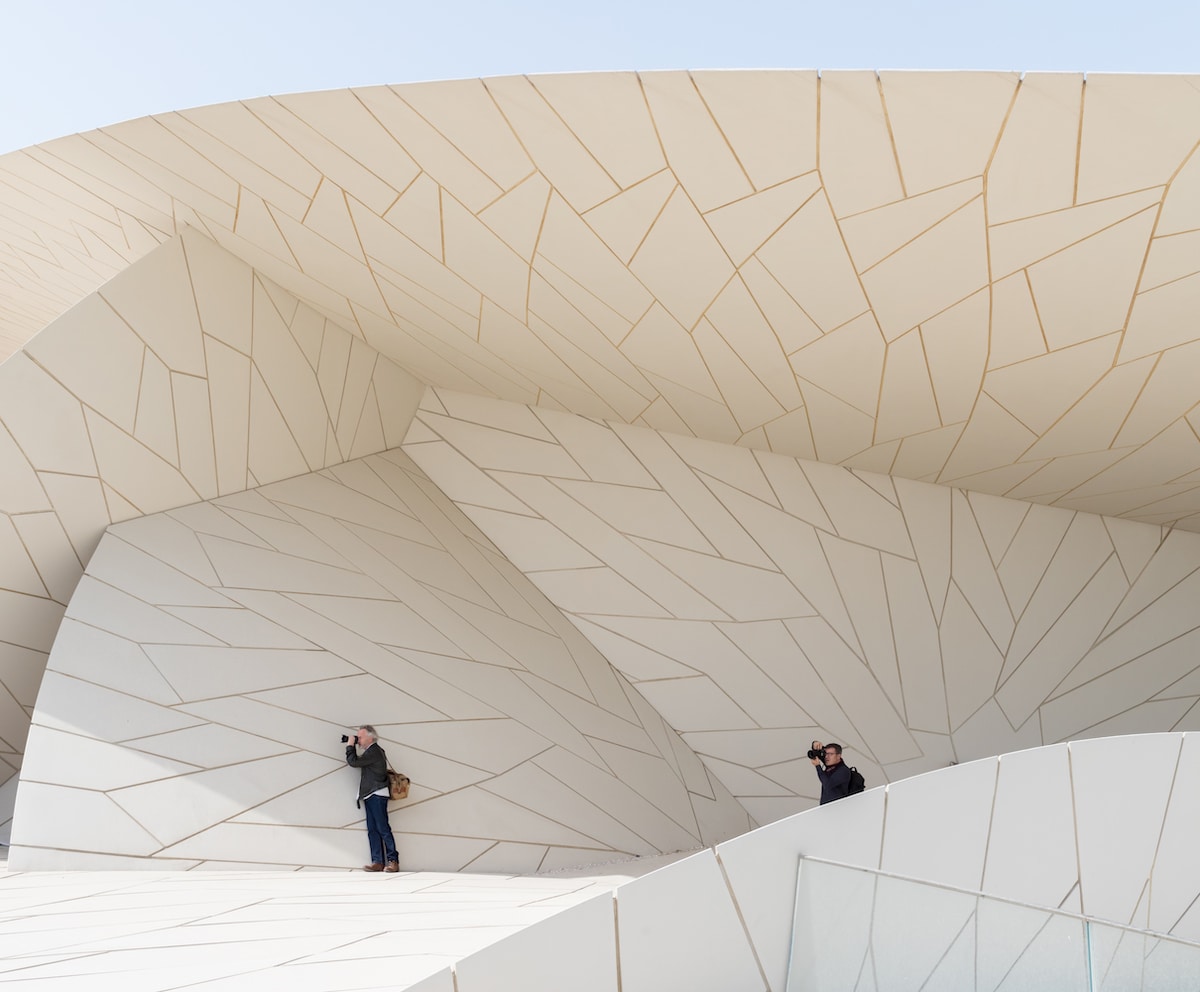 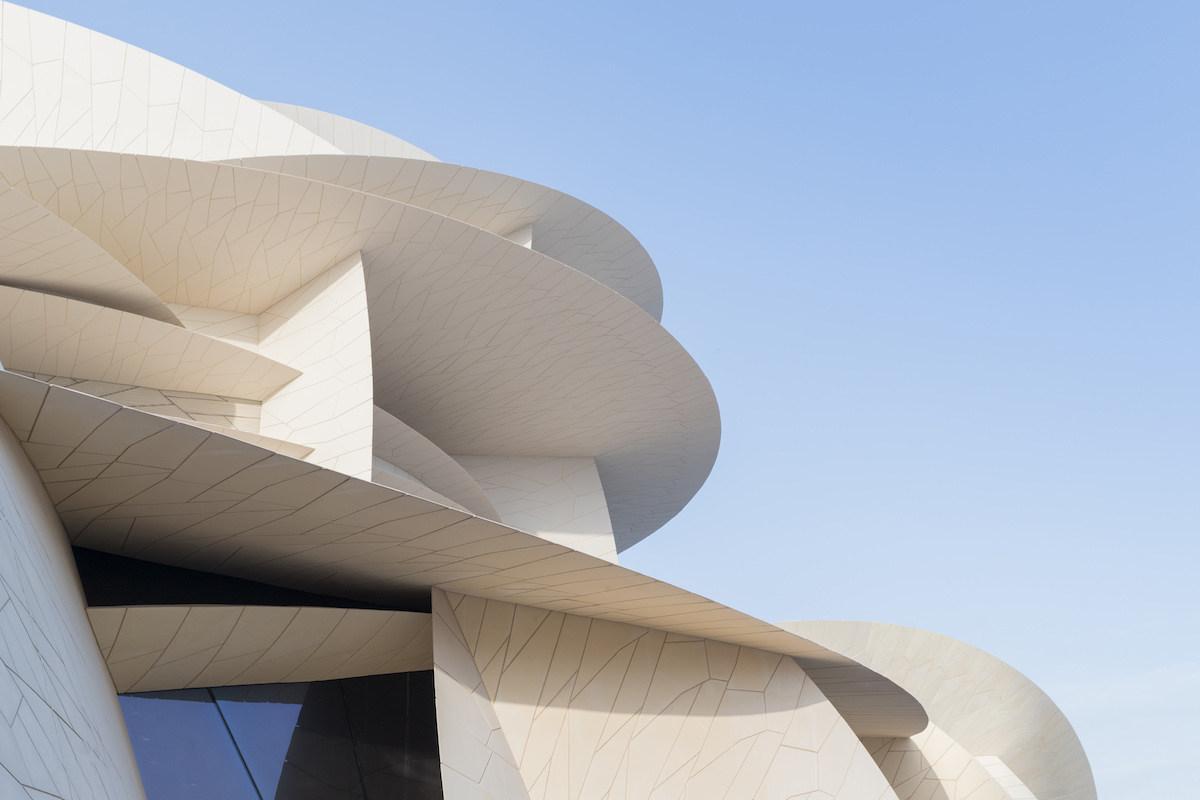 Visitors are led through numerous galleries that explain the rich history of this Middle Eastern nation. 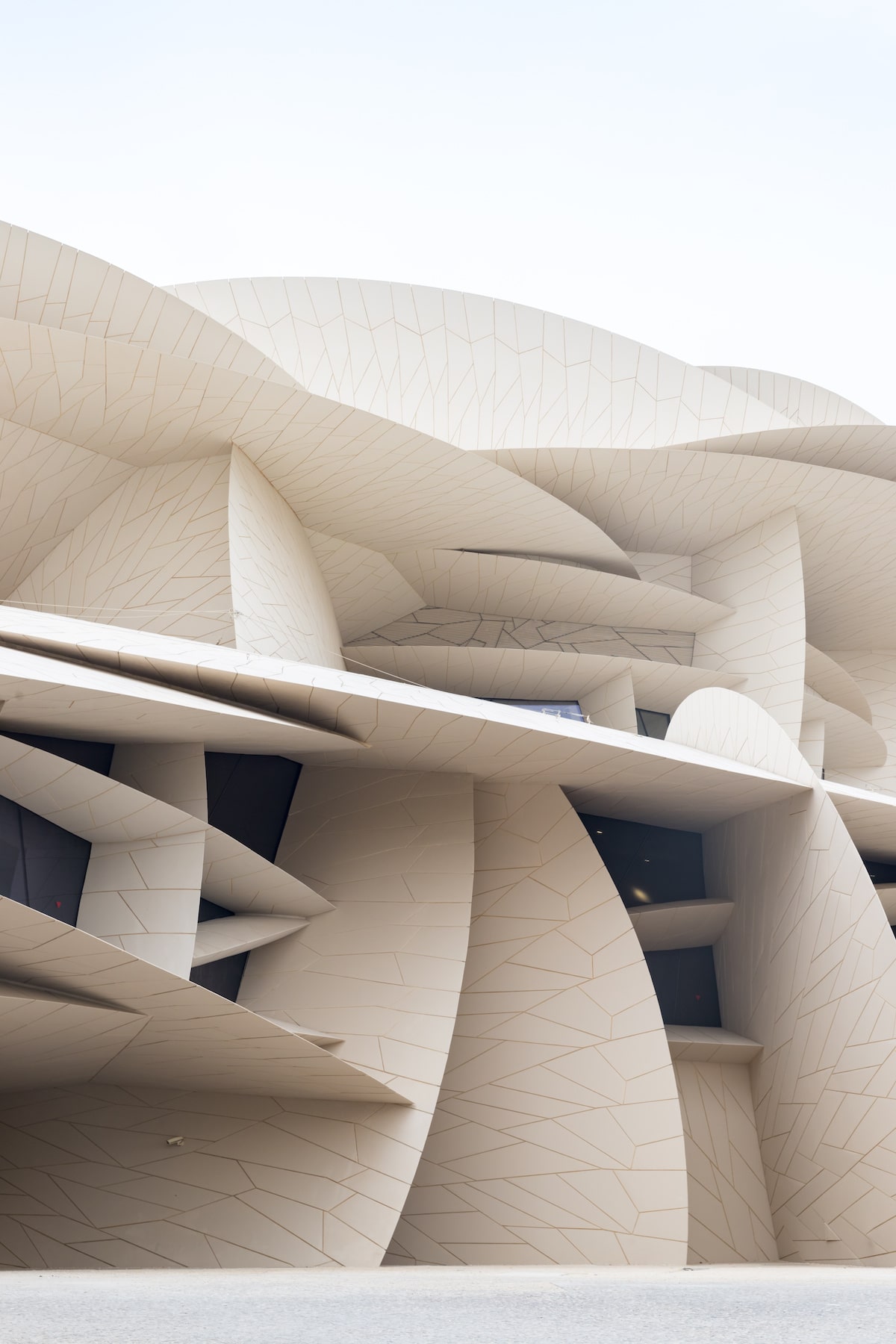 The contemporary piece of architecture also incorporates a historic palace that was the original National Museum. 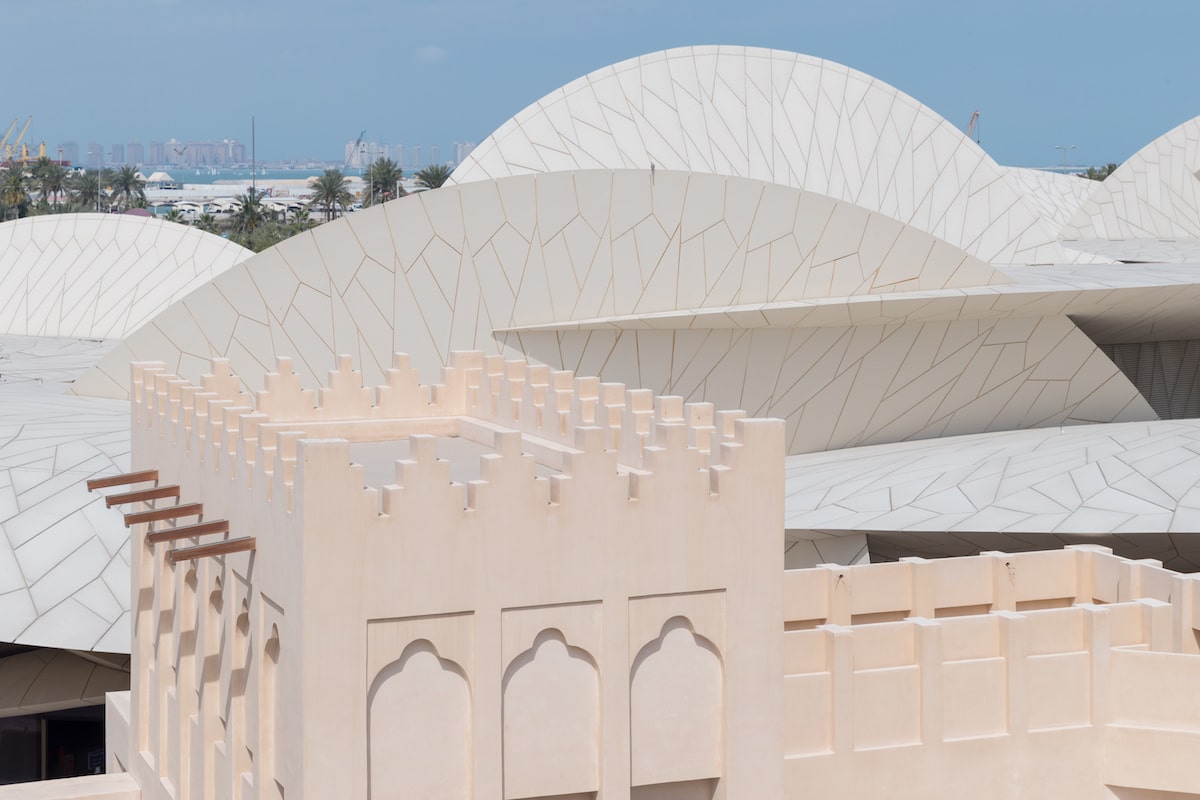 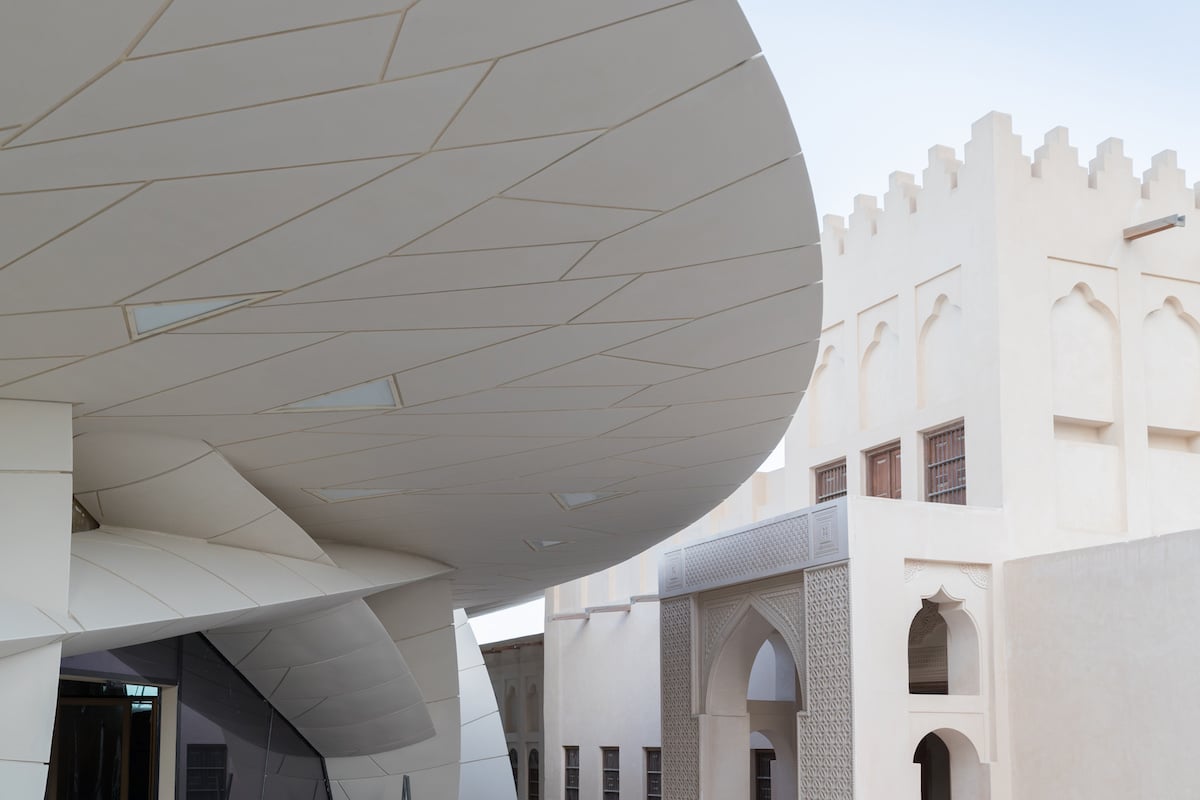 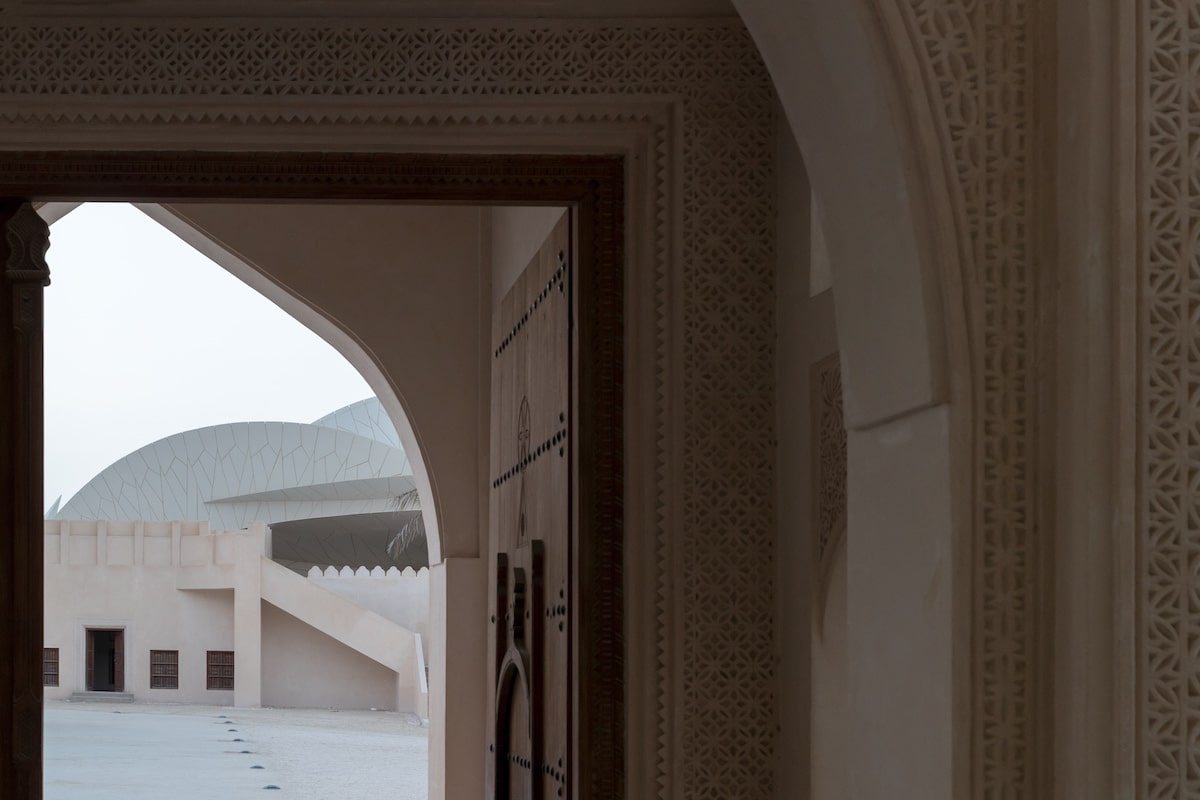 Nouvel's design was inspired by a mineral formation known as a “desert rose”. 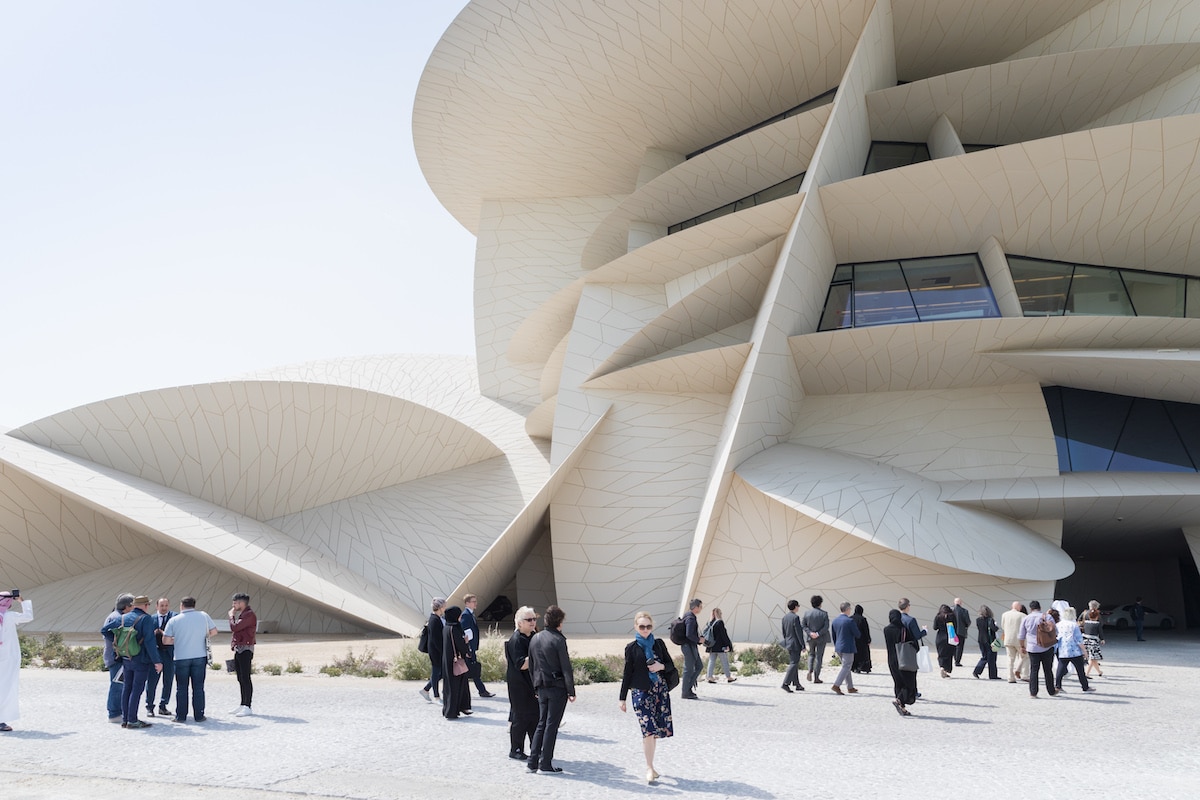 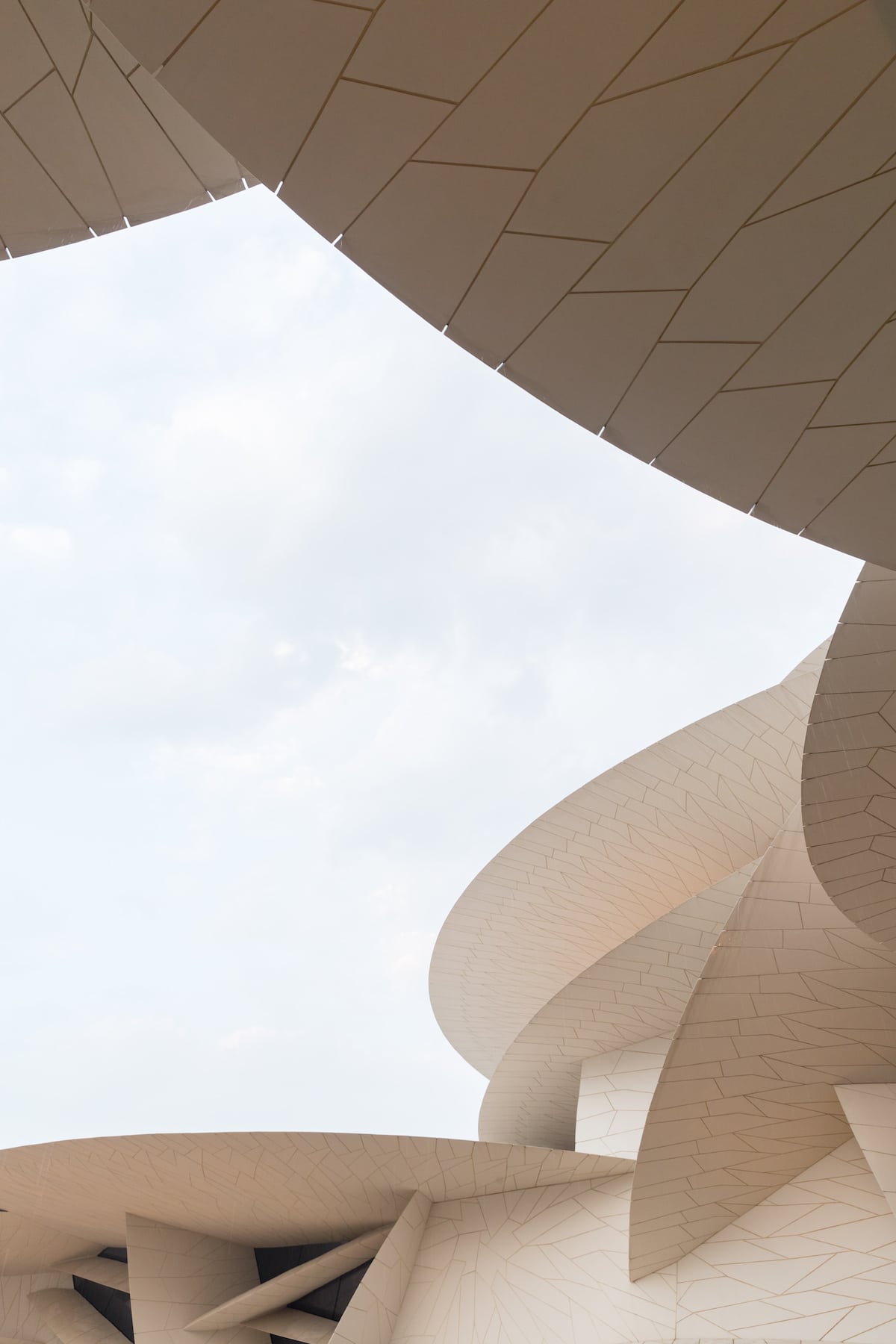 “I hope that everyone who joins in the journey of the National Museum of Qatar will be moved by the experience,” says Nouvel. 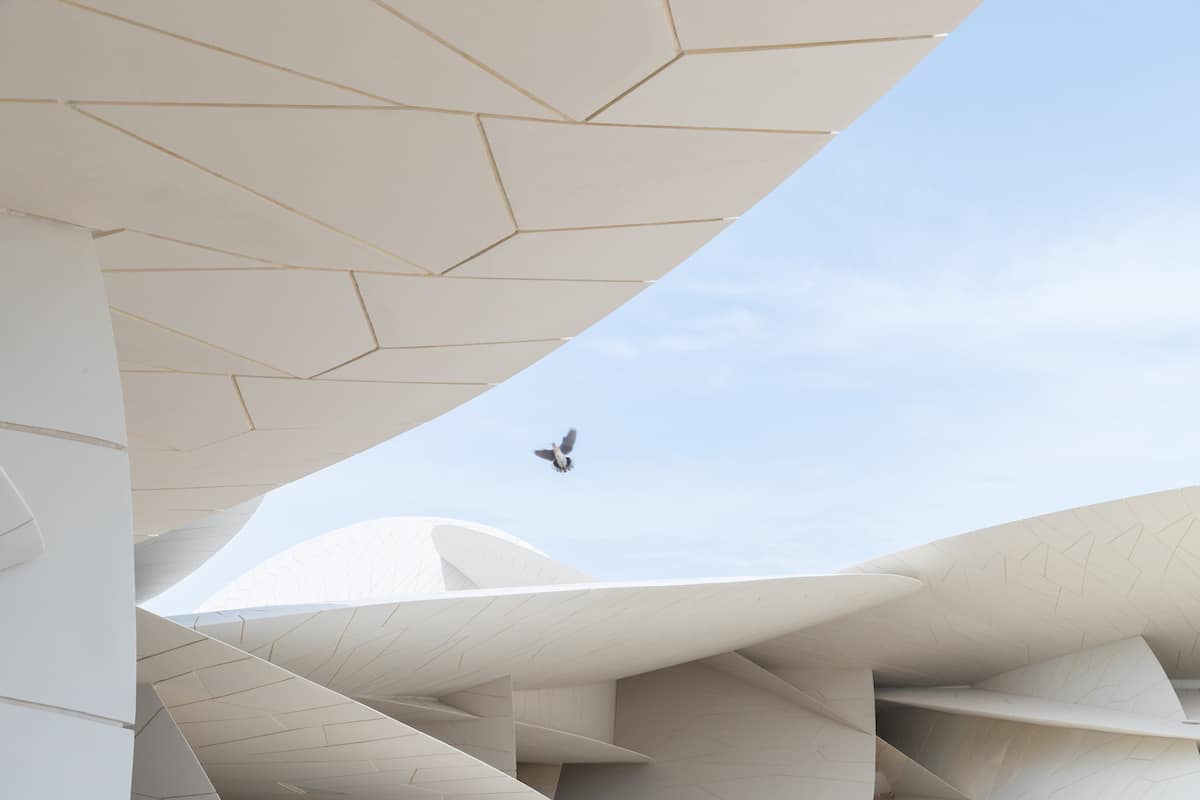 “I hope they will come out with a deeper understanding of life in this ancient and modern land, and a greater sense of wonder at all it offers the world.” 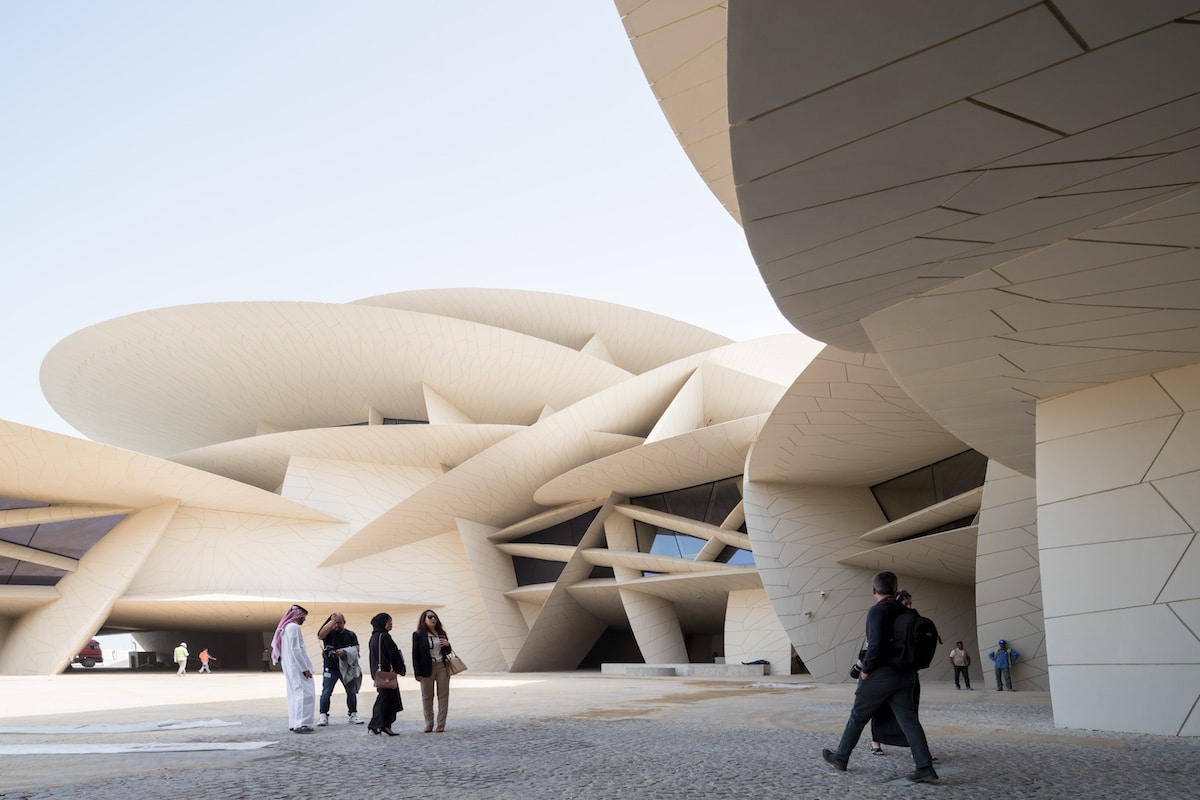 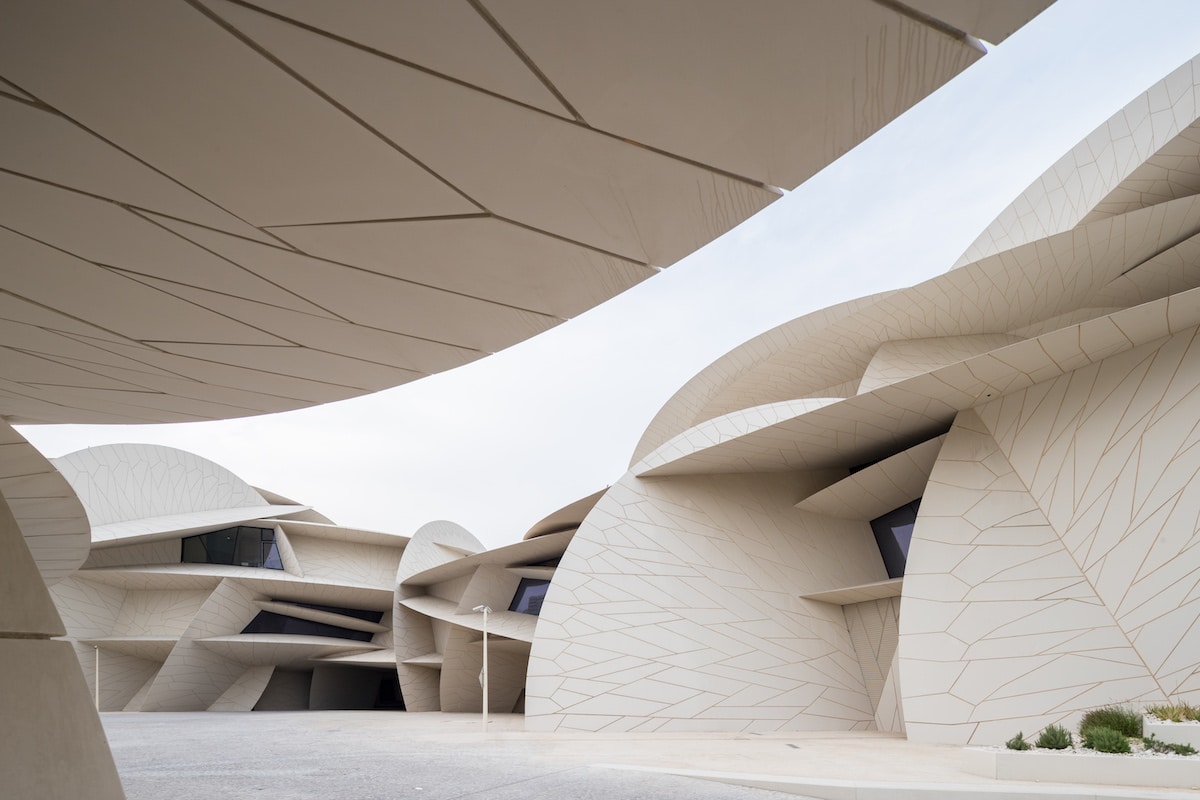 All images © Iwan Baan. My Modern Met granted permission to use photos by Ateliers Jean Nouvel.

Enchanted by the architecture? Share
Like My Modern Met on Facebook
Get Our Weekly Newsletter
Become a
My Modern Met Member
As a member, you'll join us in our effort to support the arts.
Become a Member
Explore member benefits