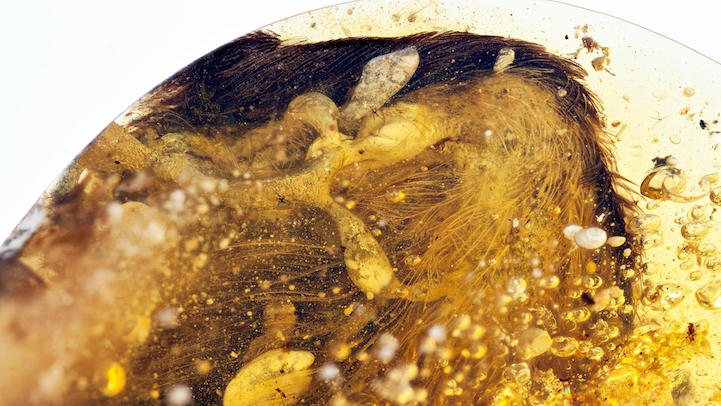 Researchers recently discovered two remarkably preserved prehistoric bird wings inside amber fossils, dating back almost 100 million years ago. The birds are believed to be from the Enantiornithes group that lived during the Cretaceous period, which died out around the same time dinosaurs did.

The fossil wings are only two or three centimeters long and show impeccable detail including delicate wings complete with skin, claws, muscle, and feather shafts. Dr Xing Lida, co-author of the Nature Communications study, explained that these birds had advanced development and were  “ready for action as soon as they hatched. These birds did not hang about in the nest waiting to be fed, but set off looking for food, and sadly died perhaps because of their small size and lack of experience. Isolated feathers in other amber samples show that adult birds might have avoided the sticky sap, or pulled themselves free.”

The fossils were originally purchased at a market in Kachin state, Myanmar, a region known for its abundance of amber fossils. Due to political and military conflict in the area, however, the mining and sale of Burmese amber is mostly unregulated and, consequently, many are sold to Chinese consumers who prize it for jewelry and decorative carvings, rather than preserved for research.

These specimens very likely would have been made into jewelry as well, had the researchers not purchased them when they did. A designer had planned to carve the smaller piece into an “angel’s wings” pendant. Upon further examination, the researchers realized that the wings were actually chipped off of a larger piece of amber, most likely containing the rest of the entirety of the bird, and the wings are only a fraction of the original. Nonetheless, the team is thankful for what they were able to save and Xing proudly declares, “It is a real angel.” 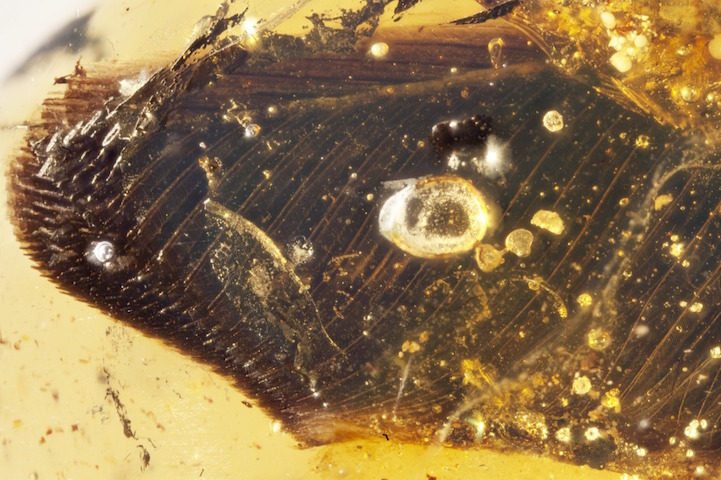 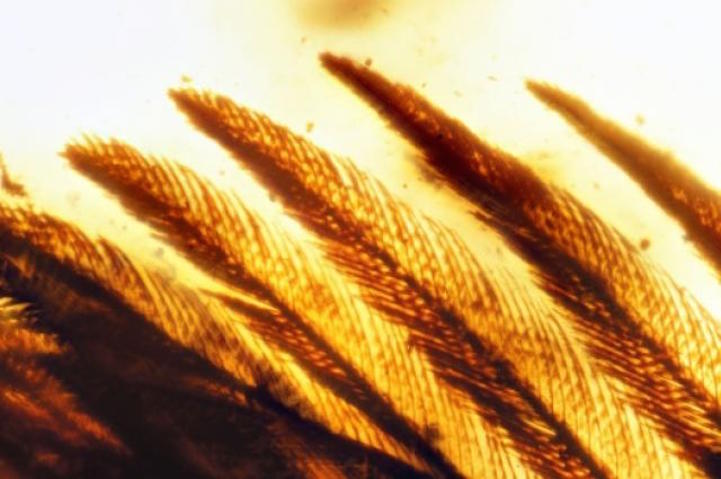 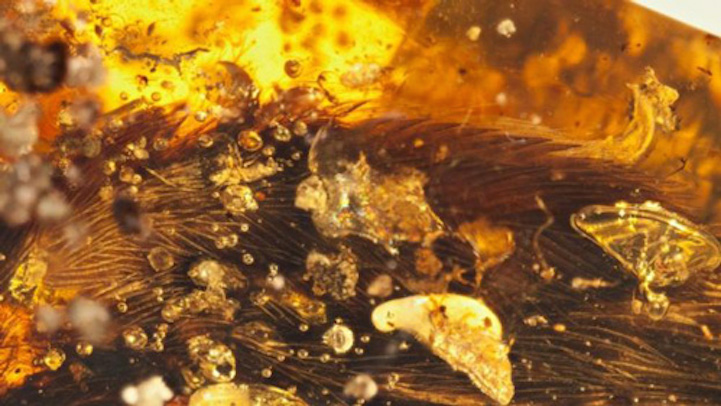 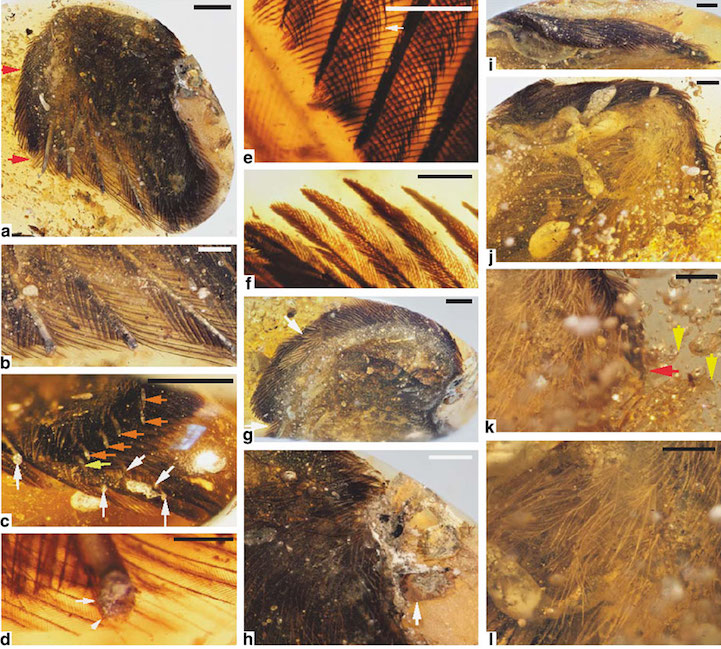