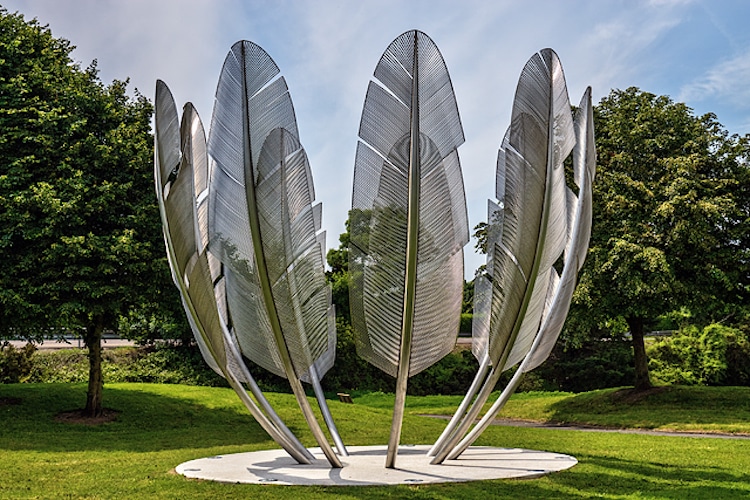 The COVID-19 pandemic has drastically affected people around the world, but those who live in small, poorer communities are the hardest hit. A third of the population in the Navajo Nation and Hopi Reservation in the southwestern U.S. have been suffering due to the lack of running water and limited access to groceries. The community also has a large number of high-risk individuals living there, who are struggling to protect themselves against the virus.

In a bid to help these Native communities, a GoFundMe campaign was created on behalf of the Rural Utah Project Education Fund. As of writing, over $3 million has been raised in order to help provide groceries, water, and health supplies. And although donations are coming in from around the world, there’s one nation that’s been particularly generous—Ireland.

The influx of donations (more than $1 million) from “The Emerald Isle” is due to simply wanting to return a favor. In 1847, the Choctaw people raised $170—the equivalent of around $5,000 today—to help those suffering during the potato famine at the time, despite the fact the Native community had very little themselves. In County Cork, there’s a stainless steel sculpture by artist Alex Pentek, comprising 9 eagle feathers, arranged in a circular shape and reaching towards the sky. It’s a representation of a bowl filled with food, and a symbol of the Choctaw tribe’s kindness. Their generosity was not forgotten, and 172 years later, Ireland is giving back. One Irish donor wrote on the fundraising page, “You helped us in our darkest hour. Honored to return the kindness. Ireland remembers, with thanks.”

Vanessa Tulley, one of the fundraiser organizers, acknowledged the generosity coming from Ireland in an update. “Several of our recent donations for our GoFundMe campaign have been inspired by the Great Hunger Famine in Ireland which started in 1845,” she writes. “Acts of kindness from indigenous ancestors passed being reciprocated nearly 200 years later through blood memory and interconnectedness. Thank you, IRELAND, for showing solidarity and being here for us.”

You can find out more about the campaign and donate to it by visiting the GoFundMe page.

In a bid to help Native American communities affected by COVID-19, a GoFundMe campaign was created on behalf of the Rural Utah Project Education Fund.

“We noticed that we were getting a lot of donations from Ireland so we were wondering why. Sorry I get emotional talking about this part,” Ms Begay broke off. “And I learned about what the Choctaw did for the Irish people, and it was so beautiful”
My story https://t.co/WHlfzqpPcF

Over $1 million was donated from Ireland, as a repayment for the help the nation received from the Choctaw people during the Irish famine.

More than $1 million has now been added to the Navajo & Hopi relief fund since it began going viral in Ireland.
I explain the history of solidarity between Irish people and Native Americans and the legacy of colonialism in this new @PassportIrish episode: https://t.co/YQZliigGSi