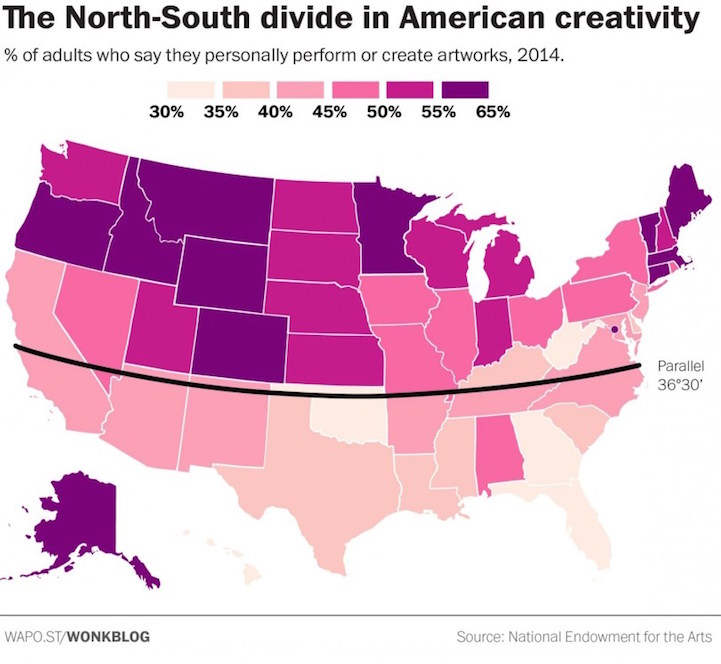 Coastal cities are often known as innovative and creative hubs, appealing specifically to artists as thriving cultural centers. New data released by the National Endowment for the Arts (NEA), however, suggests that rather than the divide happening between coastal and inland cities, the divide in the US is actually between the North and South.

Urbanist Richard Florida had previously popularized the term “creative class,” categorizing employees who work in fields that involve creating original ideas or re-inventing old ones, whether they be in the arts, sciences, or technology. What Florida found was that out of the top 20 creative class cities in 2015, 19 were located in a non-coastal state. However, NEA’s study looked at other factors that may contribute to what is determined as the creative class. NEA worked with the Census to poll residents across 50 states on their participation in the arts in 2014, and found that 45 percent of American adults said they performed or created artwork. In NEA’s definition, “artwork” was encompassed to mean “created pottery, ceramics, or jewelry; created leatherwork, metalwork, or woodwork; did weaving, crocheting, or other textile art; played a musical instrument; did acting; performed or practiced dance; did social dancing; performed or practiced singing; created films or videos as an artistic activity; took photographs as an artistic activity; created visual arts such as paintings, sculptures, or graphic designs; did creative writing.”

The map NEA created based on information gathered from their research in 2014 illustrates a surprisingly wide range of arts participation between states. At one end of the spectrum, around 30 percent of those in West Virginia, Oklahoma, and Florida considered themselves to be participants in the arts. By contrast, people in states such as Colorado, Vermont, Montana, and Oregon were around twice as likely to create or perform artwork.

In a separate study, the NEA researched various factors that may help to explain the dividers between the North and South in arts participation. The percent of state residents with more education, including a bachelor's degree or higher, is positively correlated with creating artwork. States with higher rates of poverty negatively correlated with participation in the arts. The NEA numbers suggest that socio-economic factors may play a huge part in participation in artistic activity, and that the gap across these factors are more evident than ever between in the North and South.

You can view NEA's other maps measuring arts participation in the US below, and through the NEA website. 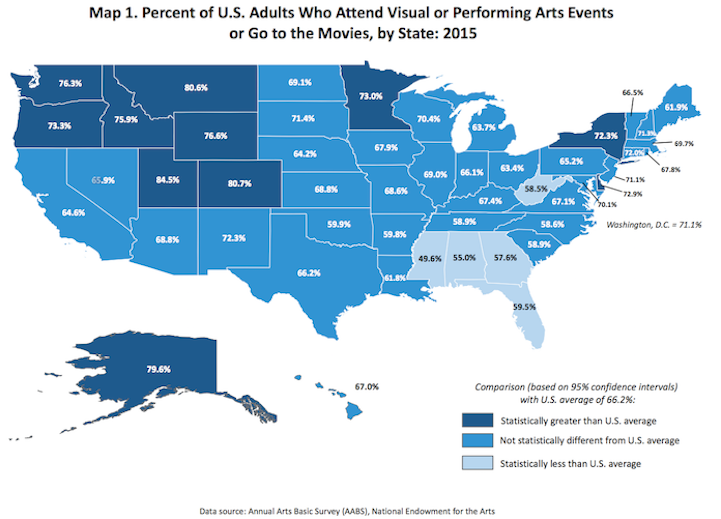 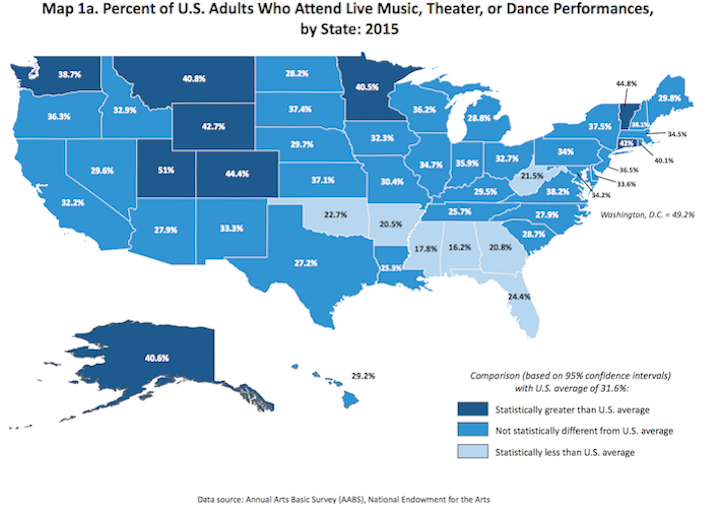 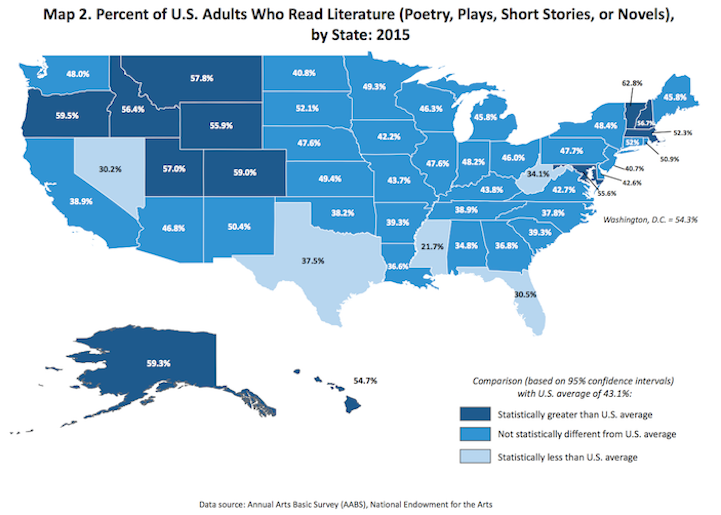 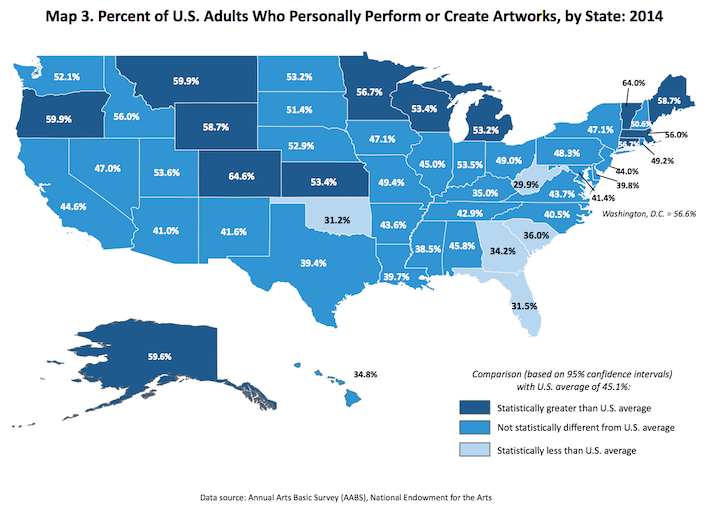 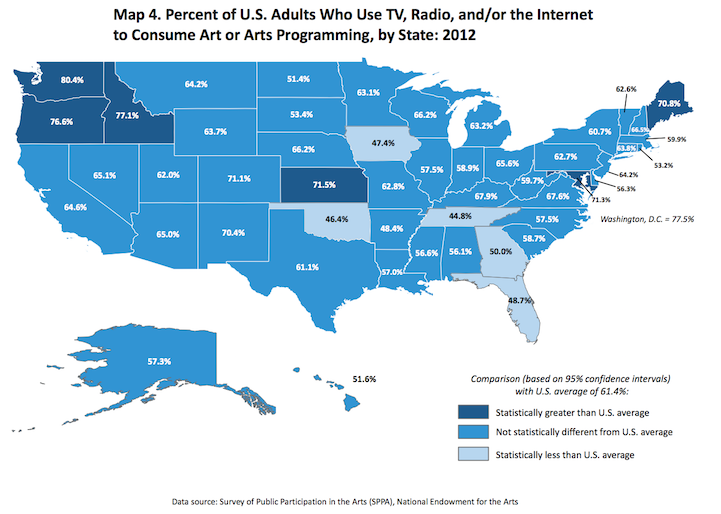