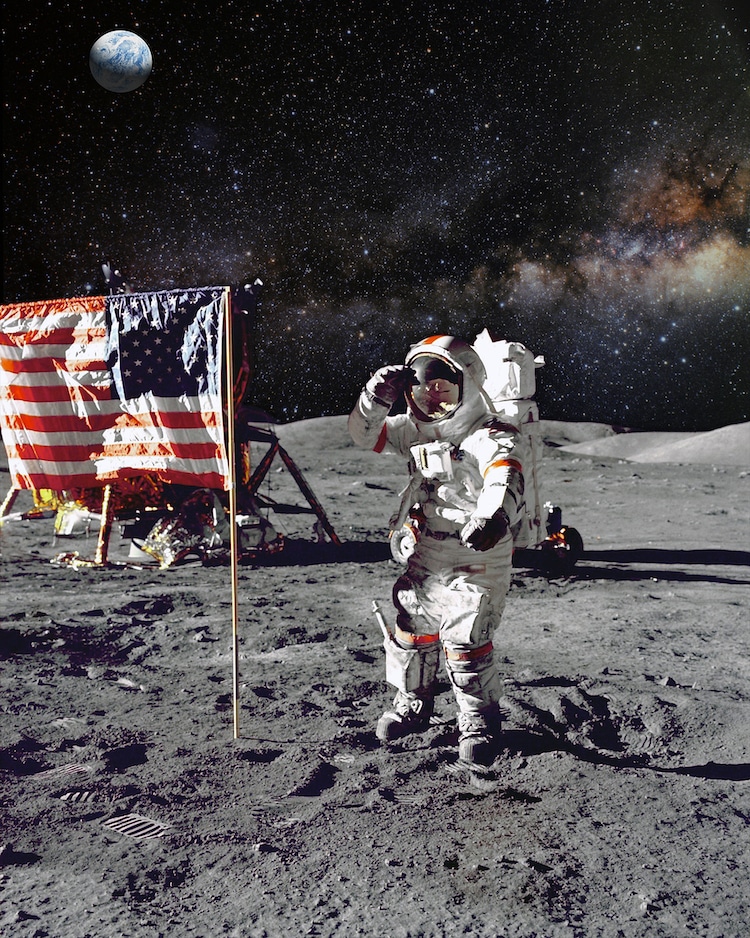 The date of July 20, 1969 marks a special moment in space exploration. This was the day that Neil Armstrong took his first steps on the moon and uttered the phrase, “That’s one small step for man, one giant leap for mankind.” The historic act continues to inspire us today, and you now can pay homage to the spacesuit that made history by visiting the Smithsonian Institution’s National Air and Space Museum. Arriving just in time for the 50th anniversary of the moon landing, they have reintroduced the suit that Armstrong wore for the Apollo 11 mission.

The spacesuit was out of the public eye for 13 years. During that time, there were many preservation efforts taken to ensure that Armstrong’s attire remains in good condition. “The conservation of the suit included the creation of a detailed map through the imaging of X-rays, CT scanning and UV photography, as well as years of research,” the Smithsonian explains in a press release. “The museum conservators worked to stabilize the suit’s degradation while taking great care not to remove the remains of lunar dust embedded in the exterior fabric.”

The garment is kept in a climate-controlled display case, where it's worn by a futuristic-looking figure. “A mannequin was created specifically for this suit,” they explain, “using Armstrong’s actual measurements, and designed to allow air circulation from the case through the mannequin system and into the suit.” In doing this, it helps to increase the lifetime of the piece of history. “This advanced circulation system allows unwanted vapors, caused by the breakdown of the rubber in the suit, to be pulled away from the suit over time and slow down degradation.”

If you’d like to see the spacesuit in person, it’s on display near the 1903 Wright Flyer until 2022, at which point there will be a permanent exhibition for it.

It arrives just in time to celebrate the 50th anniversary of the moon landing, and the Smithsonian has taken great measures to ensure that the suit stays in good condition.

The suit is on a custom mannequin, designed using Neil Armstrong’s actual measurements. It will allow air circulation through the mannequin system and slow down degradation. #Apollo11 #Apollo50 pic.twitter.com/8Zna4Rxk5L

Can’t visit Neil Armstrong’s spacesuit in person for #Apollo50? Good news — thanks to @3D_Digi_SI you can explore an ultra-realistic 3D model of the suit. Don’t forget to turn on the annotations to learn about the suit’s features: https://t.co/g1tyaJTNRp pic.twitter.com/QRPV3RhStz