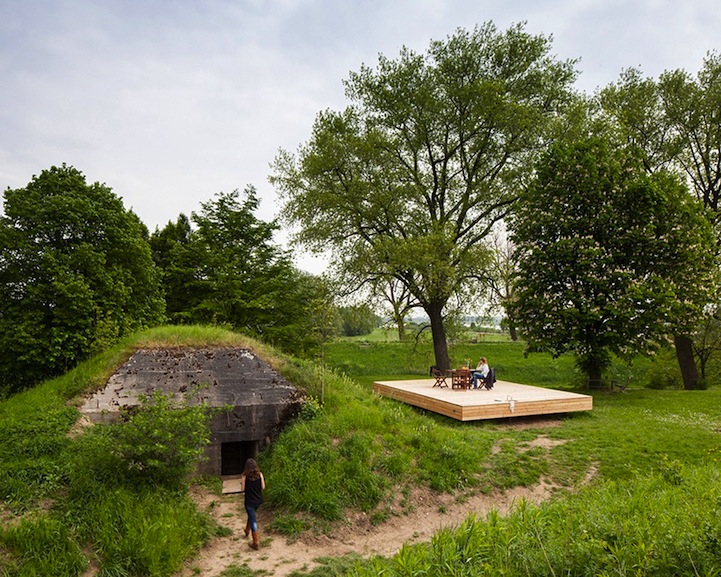 This 200-year-old bunker was transformed into a modern bed and breakfast that blends military sensibility with eclectic comforts while honoring the rich history of the Netherlands. Dutch architectural firm B-ILD repurposed the Fort Buren bunker into a one-room “Holiday House.” Fort Buren was part of a defense network of bunkers and trenches designed to be flooded in case of enemy attack. The fortifications stood throughout the Netherlands' neutrality in World War I and the country's eventual involvement in World War II.

The entrance to the bunker stands in the middle of a sweeping cow field, where the understated gray concrete structure peeks out of a grassy hillside. Next to it stands a newly built wooden deck with patio furniture – a serene place for relaxation in the middle of a former war zone.  The steel-reinforced walls that used to shield soldiers from mortar shells now shelter guests from the Netherlands' often-inclement weather. Four bunk beds now line the steel-reinforced concrete walls, and florescent lighting illuminates the low ceilings and otherwise dim interior. The bunker also offers the conveniences of plumbing, running water and a small kitchen. 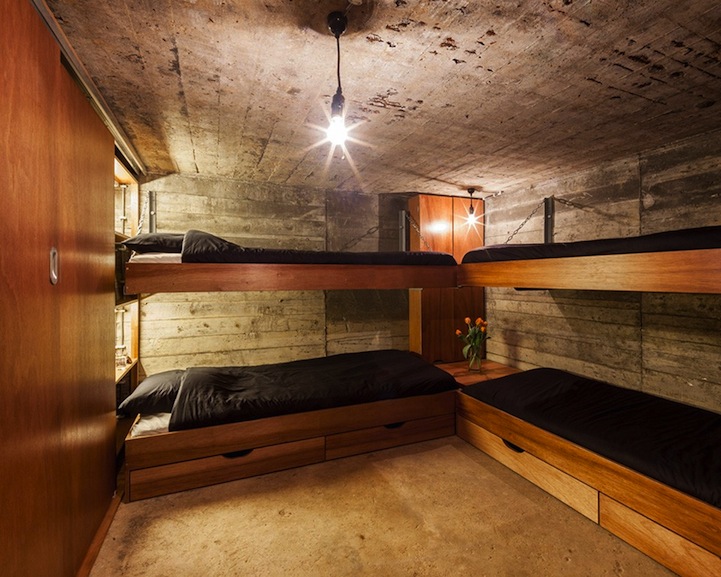 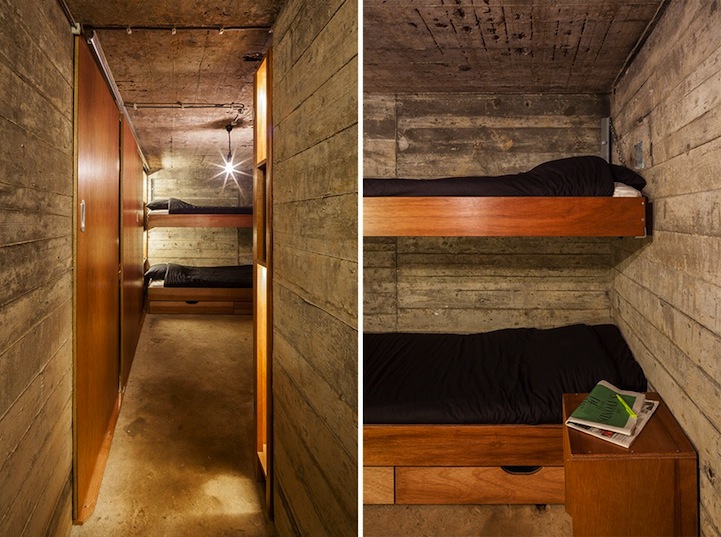 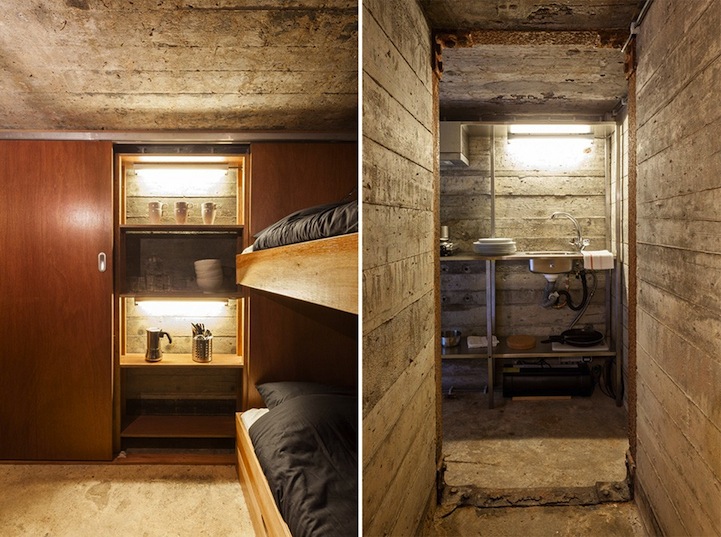 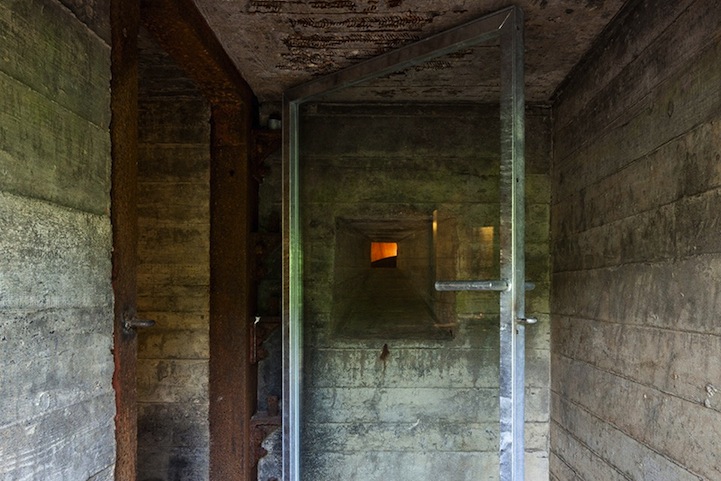 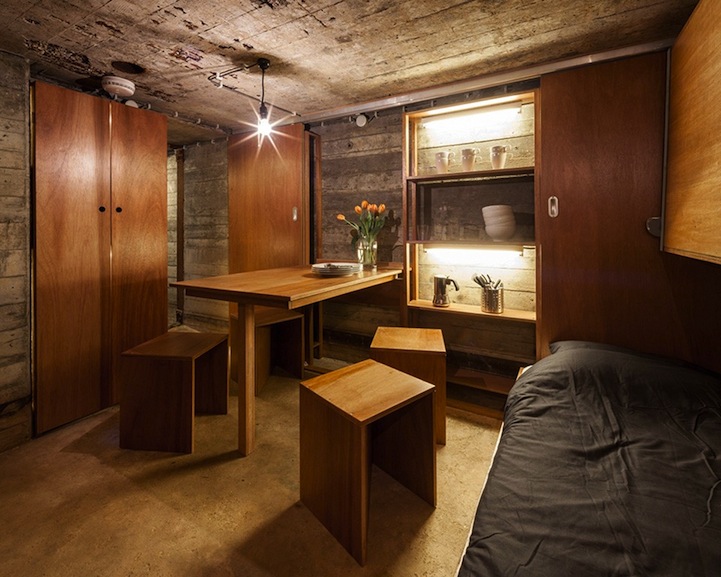 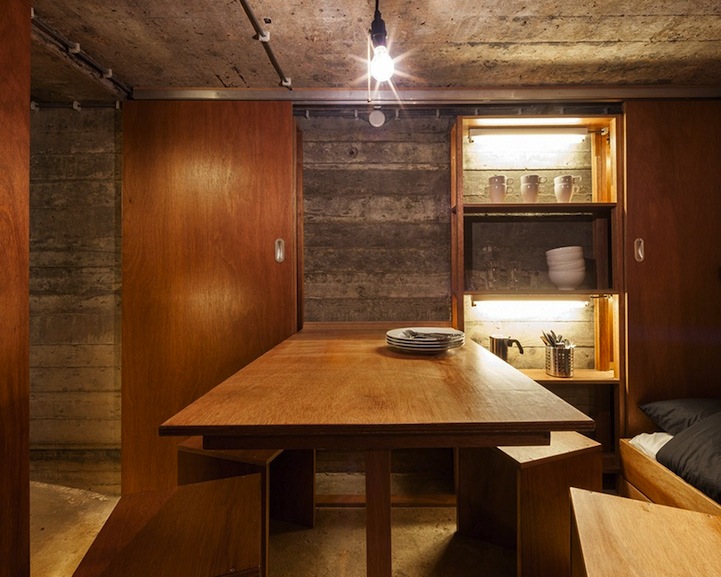 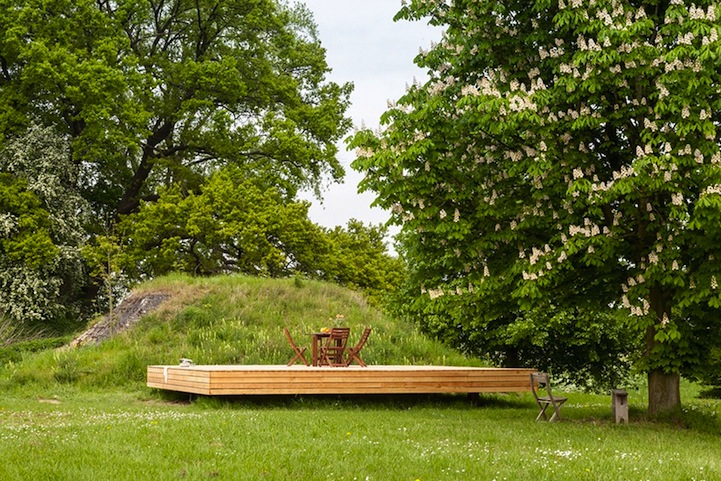