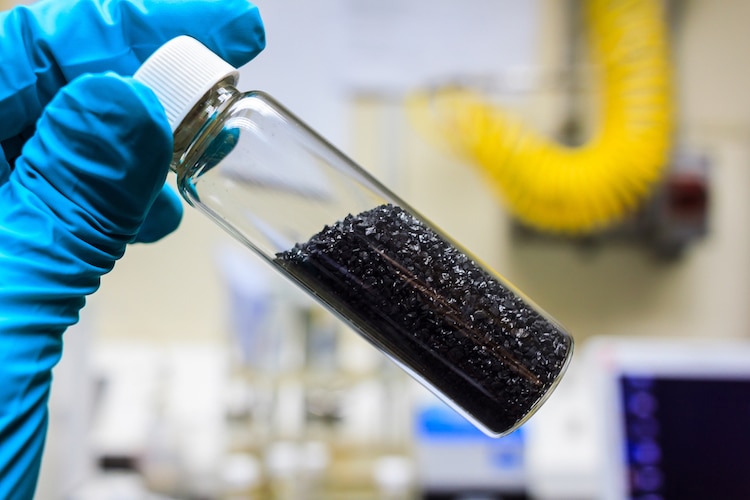 Researchers out of Melbourne have discovered an innovative method to capture the atmospheric carbon dioxide that is damaging our planet and transform it into something solid. Taking an approach that could help turn back the clock when it comes to greenhouse gases, the team from the Royal Melbourne Institute of Technology have created an effective method of transforming the gas into solid carbon, making it much easier to store.

Carbon capture isn't new, but previous methods call for the gas to be compressed into a liquid and then injected underground. Widespread implementation of that technology has been hampered by economic and environmental concerns due to possible leaks. Instead, in a study published in Nature Communications, the group details their sustainable and cost-effective plan for transforming CO2 into coal.

“While we can’t literally turn back time, turning carbon dioxide back into coal and burying it back in the ground is a bit like rewinding the emissions clock,” shares RMIT researcher Dr. Torben Daeneke.

This new process involves a liquid metal catalyst that is efficient in conducting electricity. CO2 gas is then dissolved in a beaker with an electrolyte liquid and the liquid metal. Once an electric charge is introduced, the CO2 begins to flake into solid pieces of carbon, which can be collected and stored.

What makes this particularly unique is that the entire process can occur at room temperature. Previous experiments have only shown a gas to solid conversion at extremely high temperatures, which made it unviable on a large scale. Now, the researchers are hoping that their work will be used to innovate even further when it comes to carbon storage.

In an interesting side benefit, the solid carbon also works as an electrode, which opens up a world of possibilities. “A side benefit of the process is that the carbon can hold electrical charge, becoming a supercapacitor, so it could potentially be used as a component in future vehicles,” explains Dr. Dorna Esrafilzadeh, a Vice-Chancellor’s Research Fellow in RMIT’s School of Engineering.  “The process also produces synthetic fuel as a by-product, which could also have industrial applications.”

It's encouraging news that shows just how serious scientists are about doing their part to save the environment.

Dallas Aims to Be One of the Greenest Cities in U.S. with New Urban Nature Park