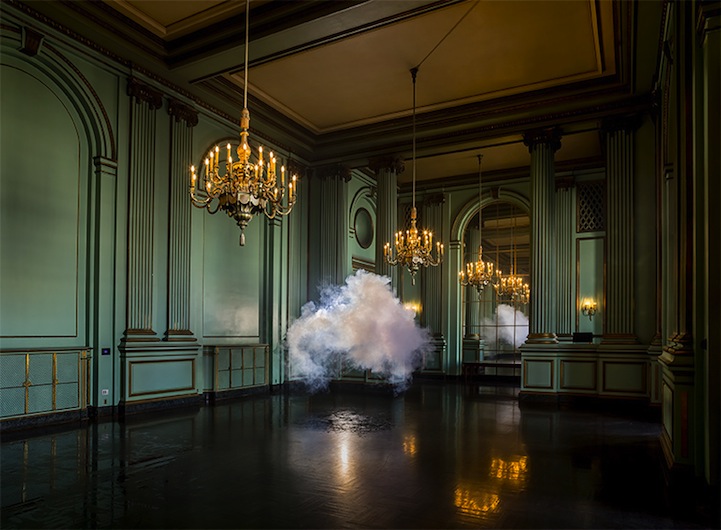 By now, you're all familiar with the name Berndnaut Smilde, the Dutch artist who magically makes clouds appear inside rooms. His latest work took him to the Green Room of the Veterans Building in downtown San Francisco where he let Julia Wilczok and Maria Judice of Avant/Garde Diaries shoot him and his latest creation. The beautifully shot film, called Making Clouds, takes us behind-the-scenes with the artist where he discusses what his fascination is about clouds.

As he told Avant/Garde, “It's not so much about the shape of the cloud but about placing it out of its natural context. It brings duality, because you can't really grasp how to interpret the situation you are viewing. People have always had strong metaphysical connections to clouds as they symbolize the ominous.”

With hanging chandeliers and a reflection in the mirror, this latest piece, called Nimbus Green Room, is particularly enchanting. It's almost like we're watching a scene from a fairy tale.