New in the Shop: R2-D2 Mashed Up with Superheroes by Steve Berrington 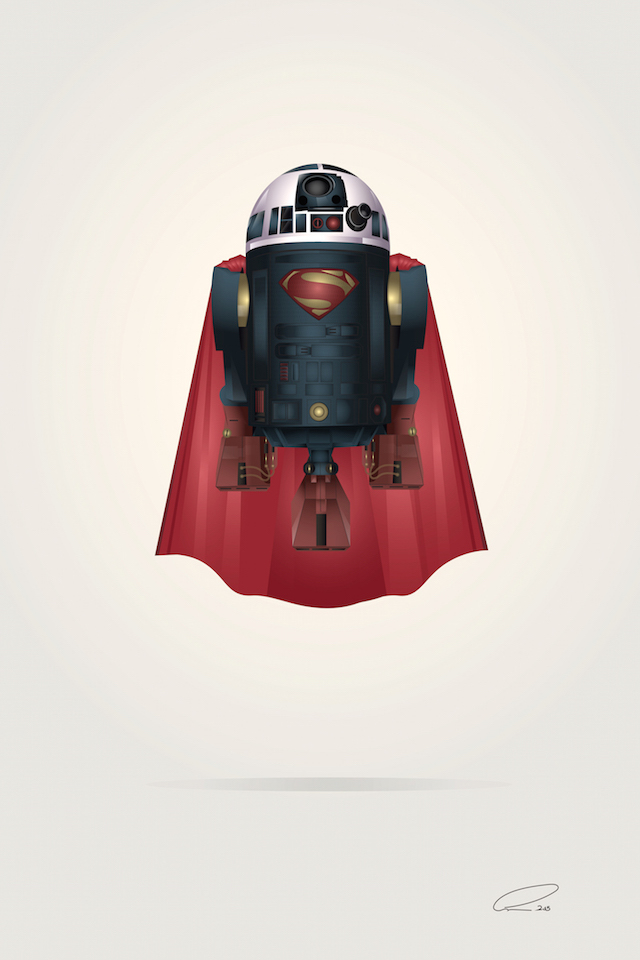 We all love a good mash-up and this one by illustrator Steve Berrington ranks right up there as one of the best. Taking the beloved Star Wars character, R2-DR, he dresses up the droid in some fantastical colors, a far cry from his plain blue and white metal suit. An interesting side note on how R2-D2 was named. Creator George Lucus was making an earlier film, American Graffiti, when his sound editor asked for Reel 2, Dialog Track 2 in the abbreviated form of “R-2-D-2.” Lucas, who was in the room but had fallen asleep while working on the script for Star Wars, woke up when he heard the request, asked for clarification, stated that it was a great name and then immediately fell back asleep.

In this series, the lovable droid turns into our all-time favorite heroes like Superman, Batman, Flash and Green Lantern. Illustrator Steve Berrington had his own epiphany when he was asked to come up with an illustration in a Star Wars forum. After some research, he couldn't find anyone who had ever shown R2-D2 as Superman so he decided to give it a try. He received such a warm response, he decided to create the rest of the series.

It brings us great pleasure to announce that eight of Steve's creations are now available as prints or canvases over on our art store, My Modern Shop. Head on over there to scoop one up. 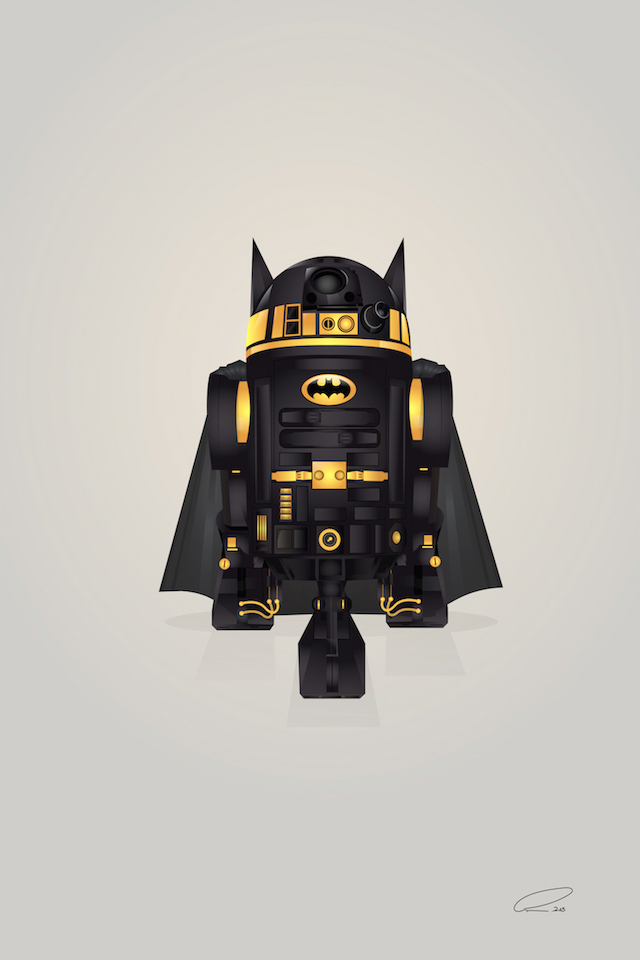 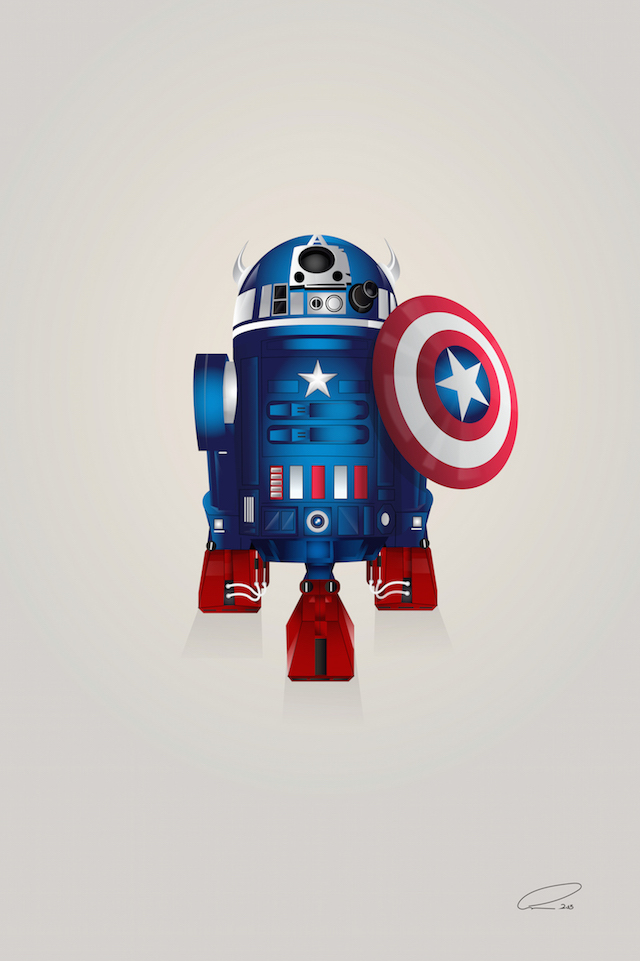 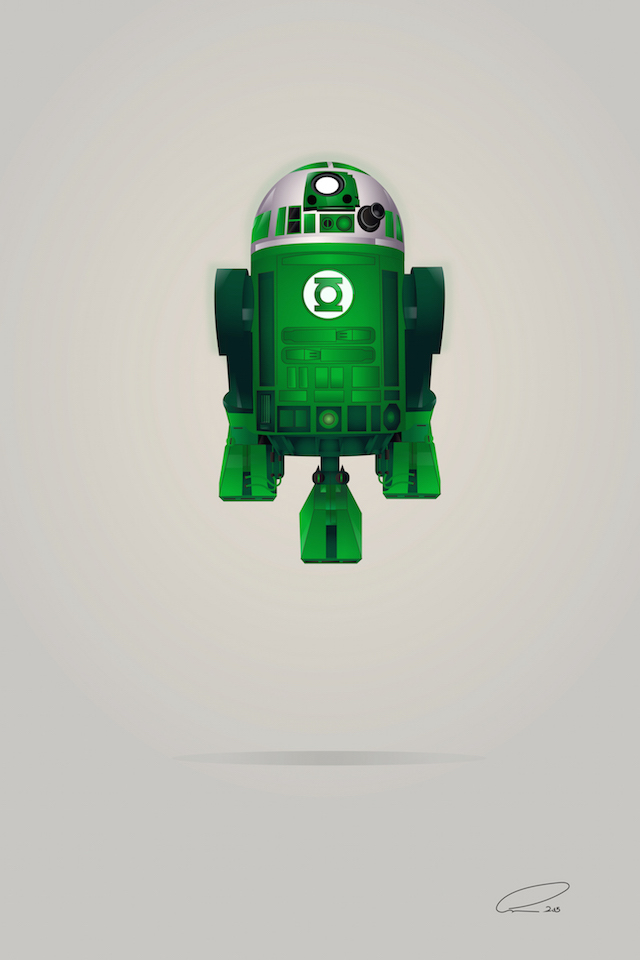 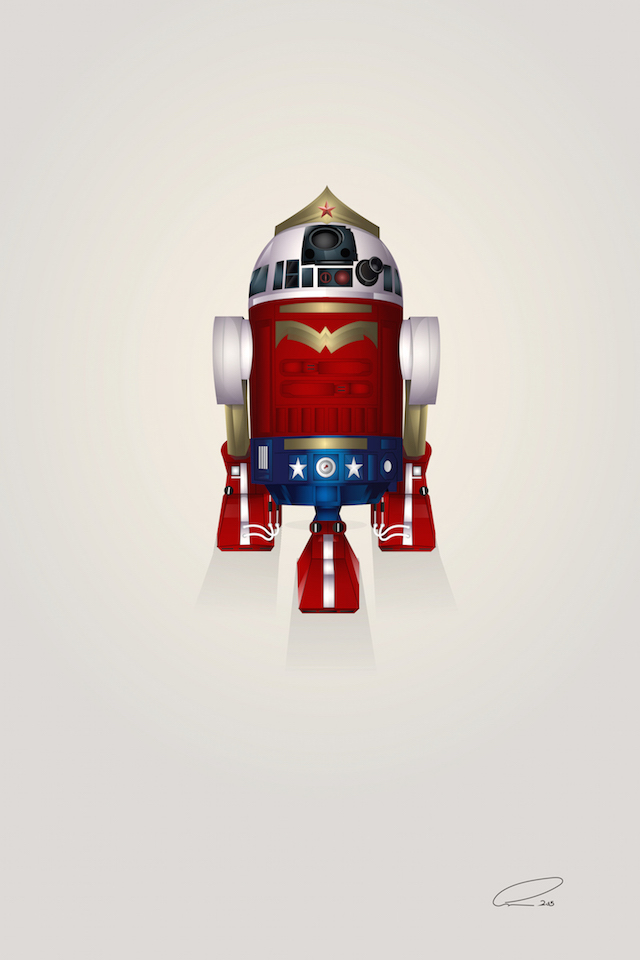 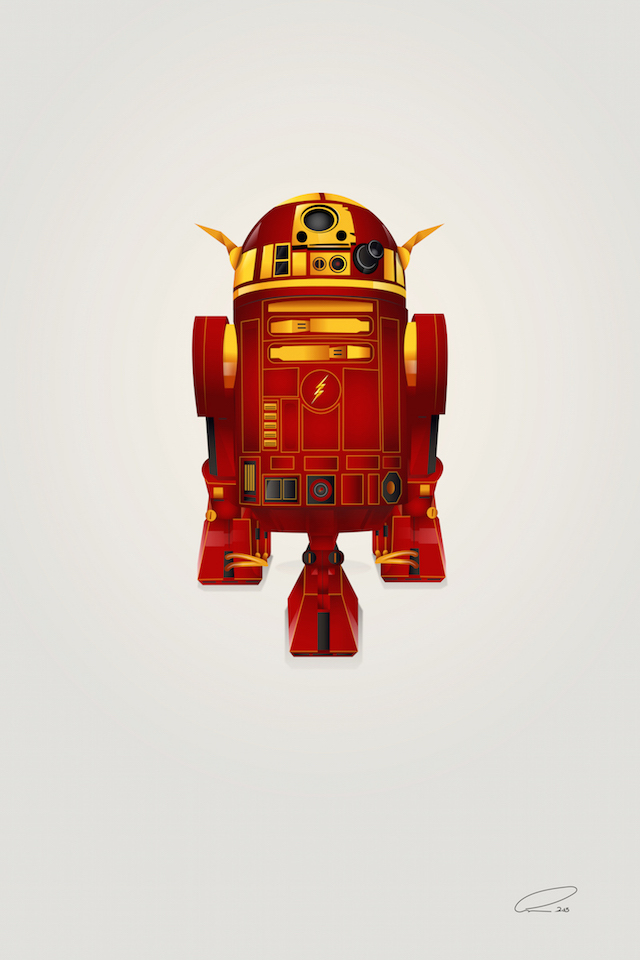