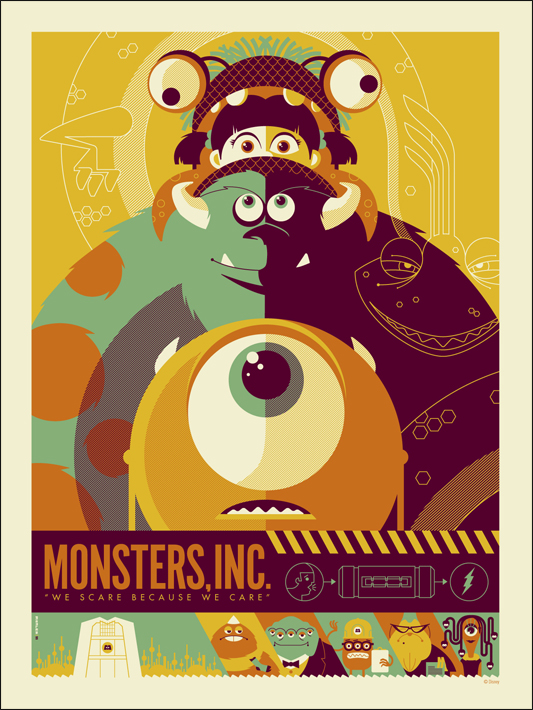 Truth be told, we've been a fan of illustrator Tom Whalen even before we got in touch with him back in November 2010 to conduct an interview. Who else can make retro look so current? Looks like he's got a large following based on the fact that this poster of his, that was just released about an hour ago sold out in what looks like 4 minutes (that's according to @MondoNews' twitter feed). It was limited to the edition of 365!

A few nights ago, at the Mondo Mystery Movie, Mondo announced that they're starting a new Jurassic Park poster series. (For a brief description about these movie events, head to Collider.) Then, just yesterday, they announced they were starting a Pixar one. Who was up first but Tom Whalen with Monsters, Inc.!

The poster went on sale at a random time this morning for $45 and, in just minutes, they sold out. Looks like we'll have to be quick to the draw next time. Until then…make sure to follow @MondoNews.