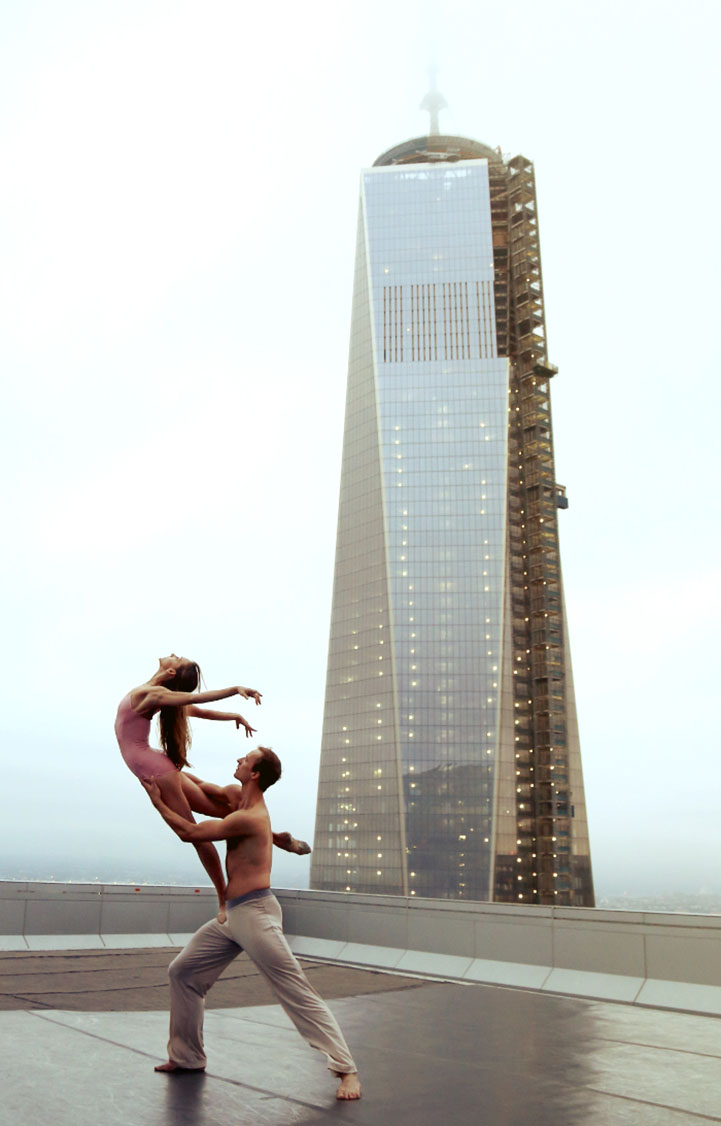 Set against a stunning Lower Manhattan skyline, two New York City ballet dancers put on a breathtaking performance atop the rooftop of Four World Trade Center. The piece, entitled New Beginnings, features the newly constructed One World Trade Center building glittering in the background. As a new day awakens and the sun rises, principal dancers Maria Kowroski and Ask la Cour perform an excerpt from Christopher Wheeldon's After the Rain.

With a slight breeze blowing, the two perfectly in sync performers glide along the building's rooftop in what is described as a performance among the clouds. The symbolic piece serves as both a reminder of the horrendous events that occurred on 9/11 twelve years earlier as well as a powerful expression of strength, hope, and courage. According to the NYC Ballet, the performance is “a testament to the resilience of the human spirit, and a tribute to the future of the city that New York City Ballet calls home.” Scroll down to watch a video of the full performance. 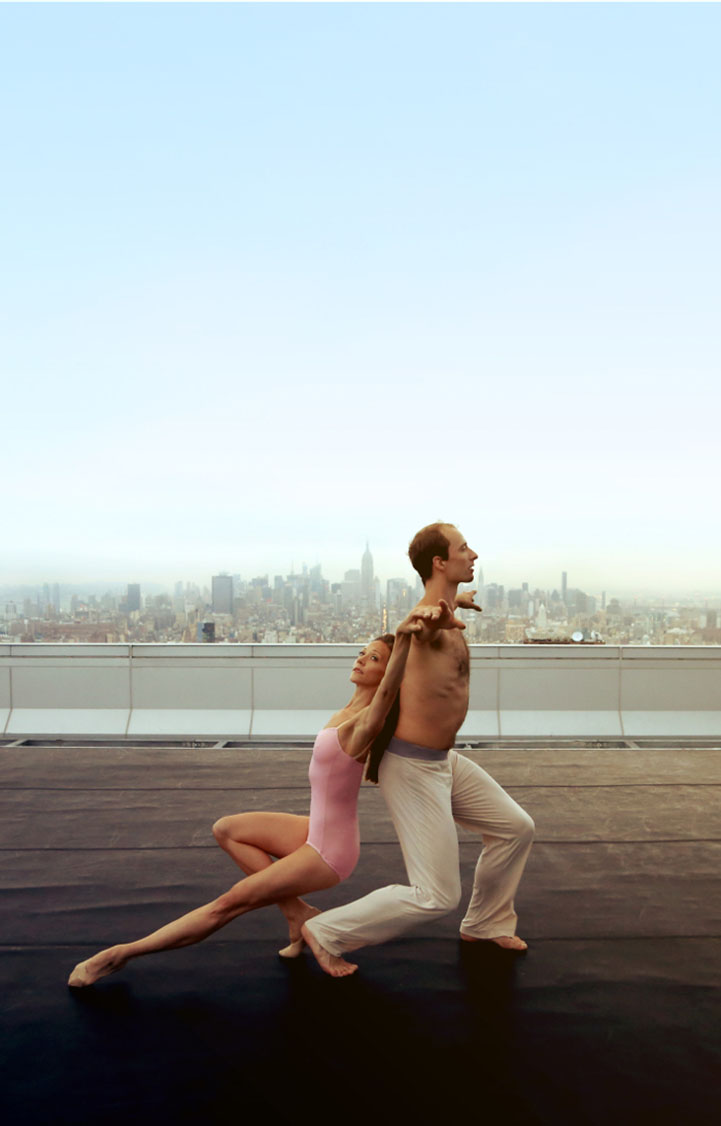 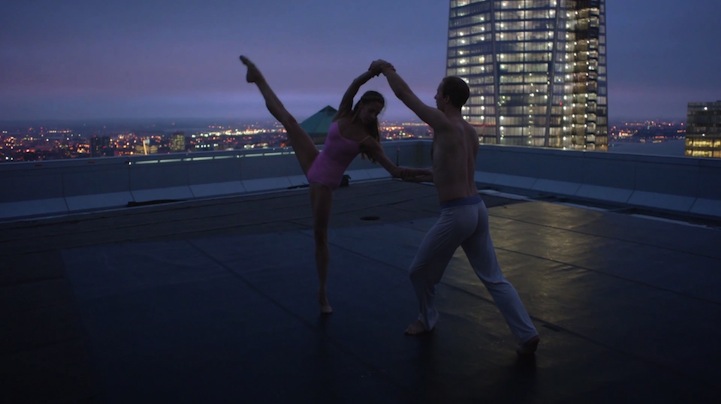 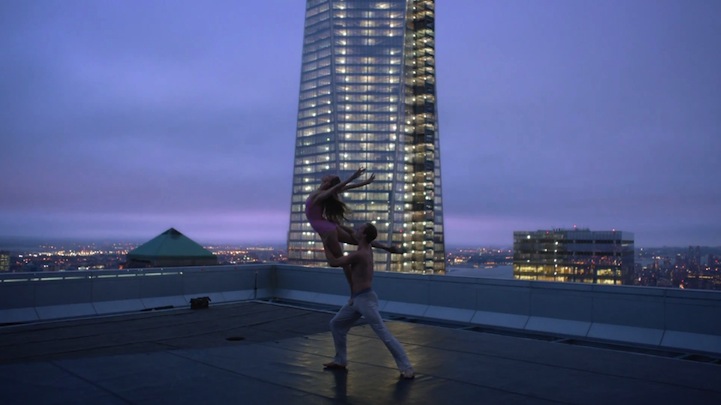