Photographer Nick Brandt has recently released a series of powerful images that explore the deterioration of wild habitats in East Africa. The project, titled Inherit the Dust, laments the urban sprawl that is rapidly displacing the wild elephants, rhinos, and lions that used to roam freely in the area. In the past three years, Brandt has watched the uncontrolled development of garbage dumps, factories, and quarries encroach upon the natural environment, transforming it into a teeming wasteland.

To create the sombre images, Brandt used life-size prints of the animals that were then transferred onto giant panels and erected in place. Horizon lines were carefully matched between the prints and the background, and the melancholy weather conditions set the scene for the haunting, black and white final images. The photos portray wild animals staring forlornly at the destruction, regarding the chaos like misplaced ghosts.

Of the project, Brandt told the Los Angeles Times: “It was an effective way of showing this level of present-day dystopia that humans are creating.” Artists such as Brandt, who document the ongoing fight for survival of wild animals help to make a difference. By combining his talent for fine art photography with a powerful conservation message, Brandt's work raises awareness of the situation by visually protesting the destruction of the land.

Inherit the Dust will be exhibited from March 24 to May 14th at the Fahey/Klein Gallery in Los Angeles. Brandt has also published a book by the same name, now available on Amazon. 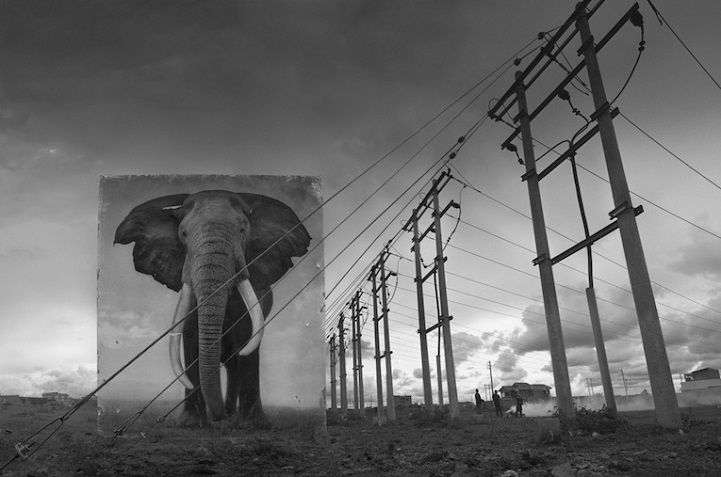 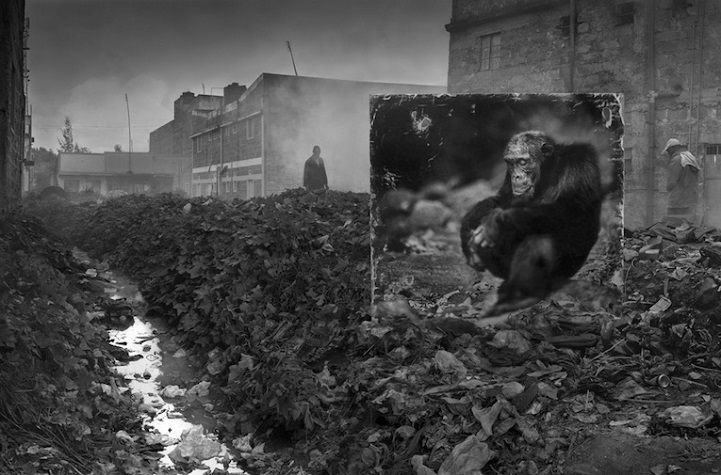