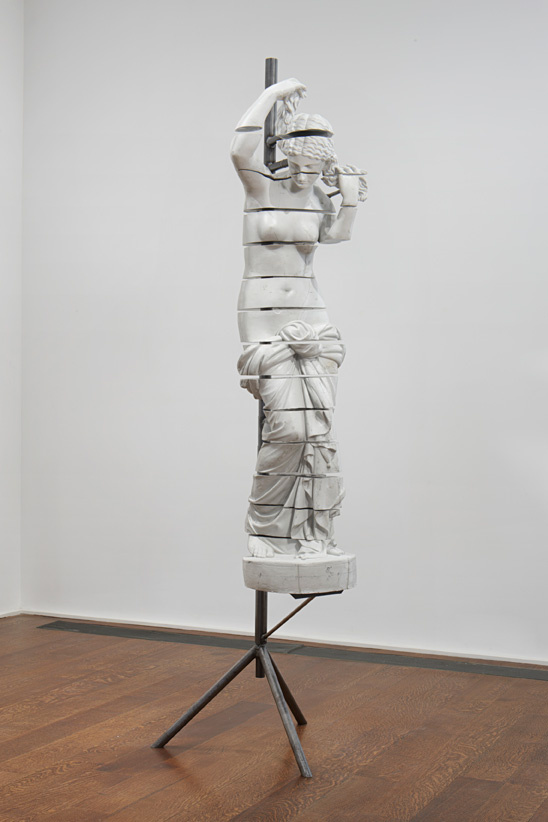 Brooklyn-based sculptor Nick van Woert recently took part in a group exhibition called Science on the back end. One of his sculptural pieces from this show titled Dissect depicts a human figure echoing the appearance of typically classical sculptures that pay homage to religious entities. Like the Roman figures we most associate with the Renaissance, Dissect presents itself like a custom marble statue with a smooth, ivory surface. However, it is a fiberglass statue made with urethane and garbage.

What sets this sculpture further apart from the style of art it is mimicking is its literal layers. Dissect features fourteen rotatable sections, separated by sharp, horizontal incisions. Each parallel slice of the structure is moveable, revealing an abstract figure filled with varied colors and components. While the interpretation of the piece is open for the spectator to decipher, there is certainly strong commentary being made about the layers of faith and how fragmented it can be. 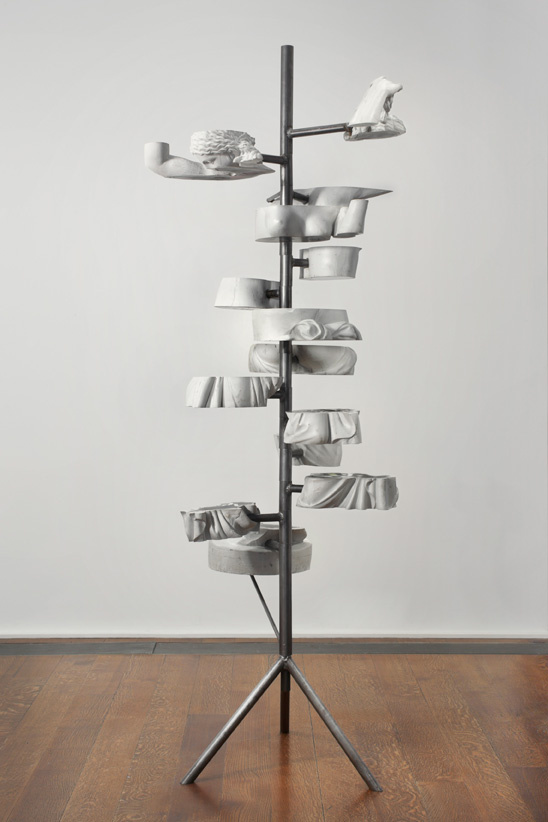 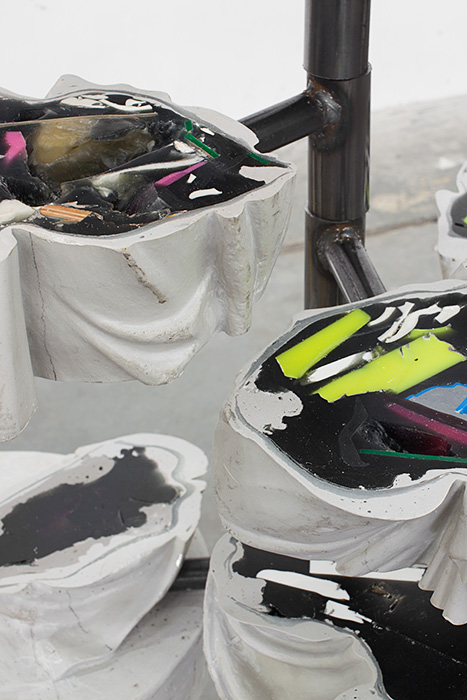