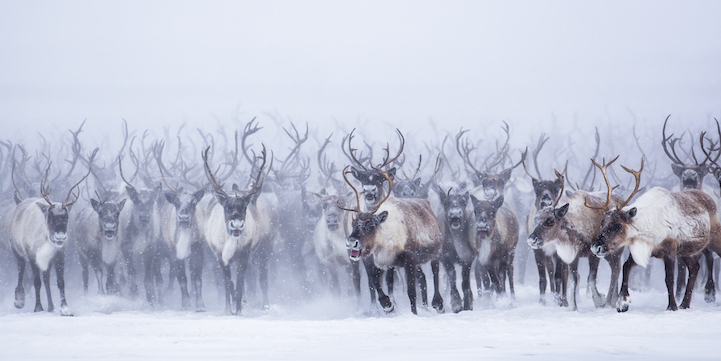 For the past two years, French-born, Canada-based photographer Nicolas Dory has documented the annual migration of the great northern country's only free-range herd of reindeer, which consists of over 3,000 animals. From a safe distance away, Dory captured incredible shots of the wild beasts stampeding in unison across the snow and ice, resulting in a sight both awe-inspiring and intimidating to behold.

Dory tells us, “I took these images of the only free-range Canadian herd of reindeer in the Mackenzie Delta (Northwest Territories, Canada) at the end of March. Every year during early spring, a group of herders move the reindeer from their wintering area at Jimmy Lake to their calving grounds on Richards Island. During that migration they cross the ice road at midway between Inuvik and Tuktoyaktuk, an Inuvialuit hamlet located on the shore of the Arctic Ocean.”

Reindeer were originally imported to Canada from Scandinavia in 1929 as part of a government effort to help the Inuvialuit people of the Mackenzie Delta avoid foot shortages after the decline of Canada's caribou population. Now, nearly a century later, reindeer herding is still practiced by descendants of the natives of the Northwest Territories, with one great tradition being the mass migration that occurs each March.

We had the chance to ask Dory a few questions about his amazing experiences with the reindeer herd. Be sure to read that exclusive interview below. 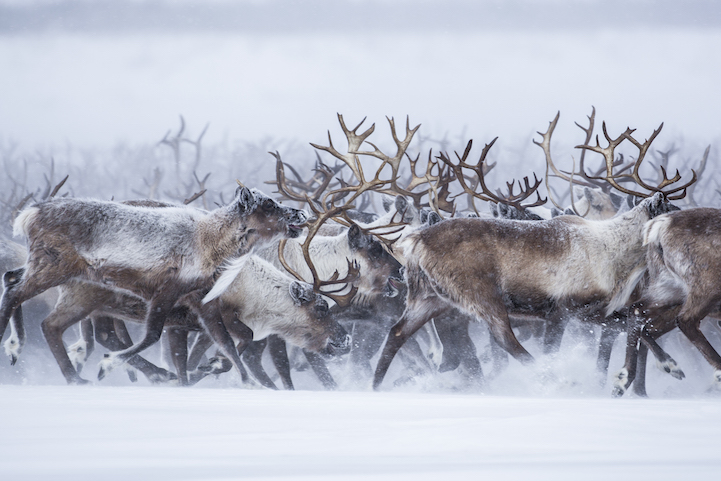 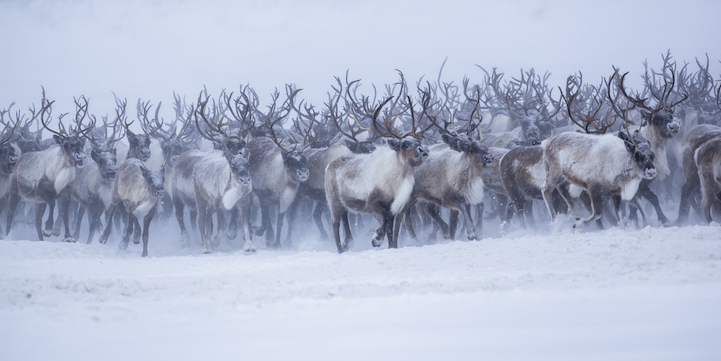 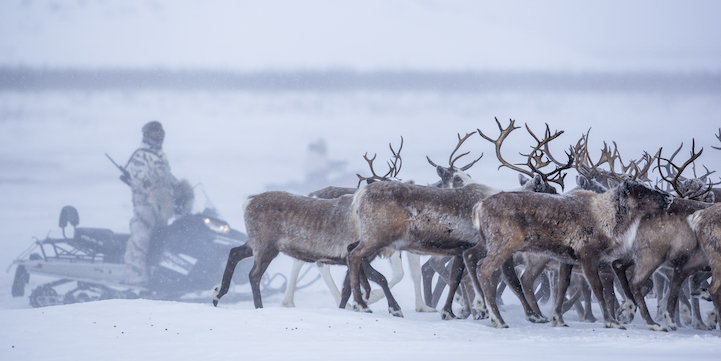 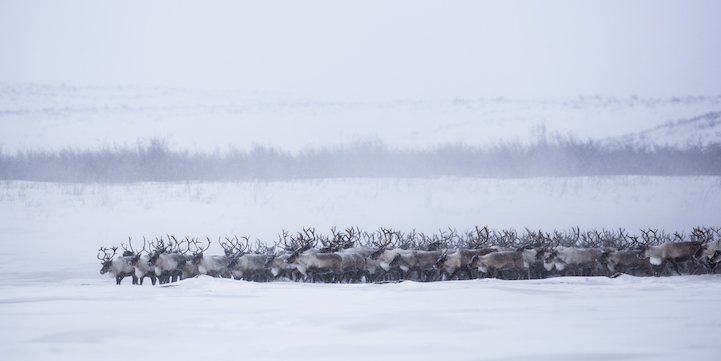 What attracted you to this subject of the Mackenzie Delta Reindeer Herd in the Northwest Territories?

Last year, my partner Emilie and I went on the ice road heading to Tuktoyaktuk for a vacation road trip to explore that part of the Arctic. This region is accessible by road only during the winter. We spend our first evening in Inuvik, with a local friend who told us about the reindeer herd crossing planned for the day after. As nature photographers, we couldn't miss this event! Since then, we stayed in touch with our Inuvik friends and he told us that this year was the celebration of 80th Anniversary of Canadian Reindeer Husbandry, so we went back again on the ice road trip! 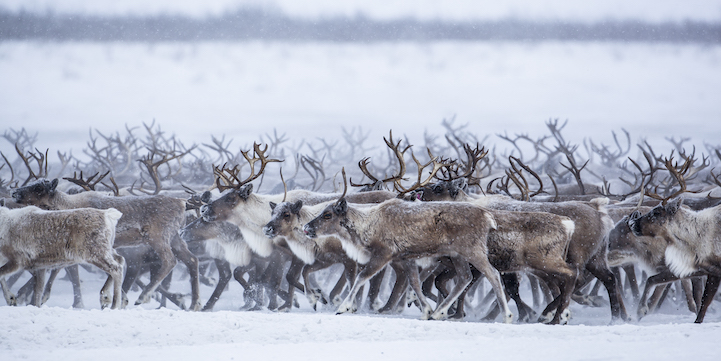 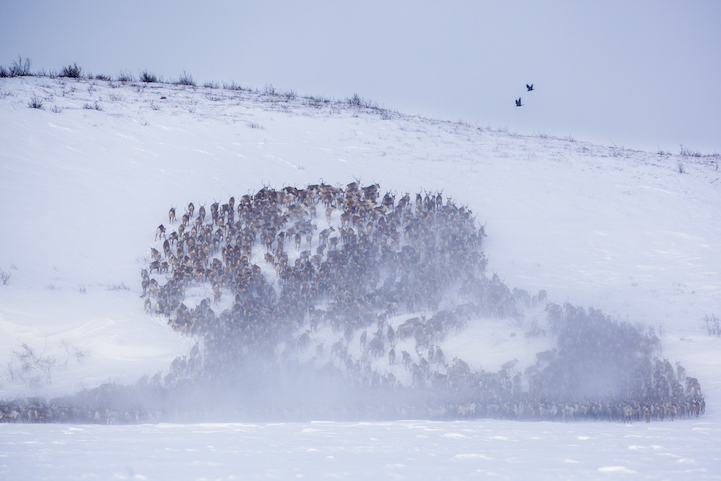 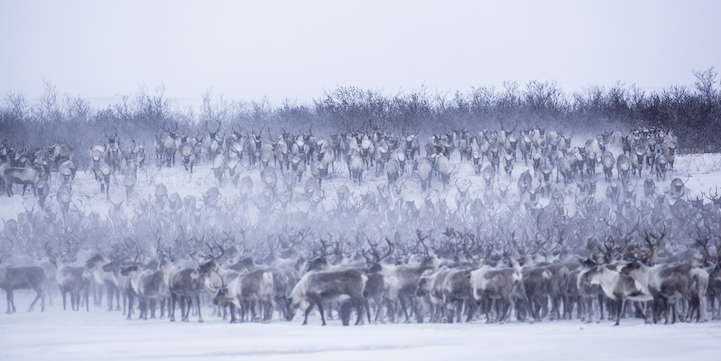 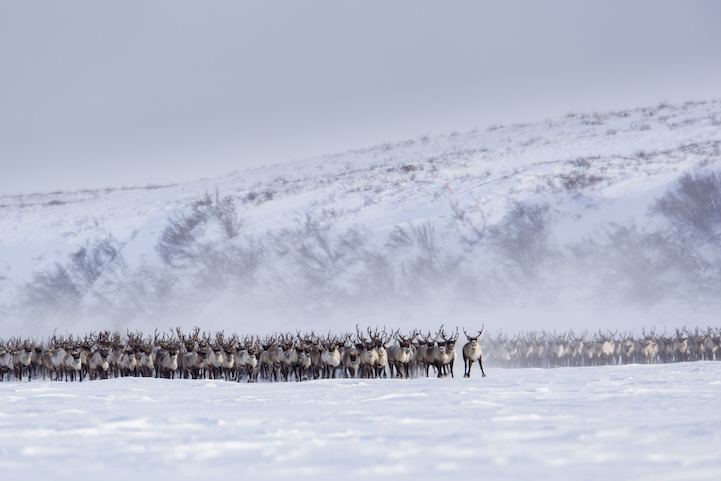 Can you describe your incredible experience of photographing the reindeer?

For this very particular event, the RCMP police officers allow the herders to define a specific segment on the ice road where they will lead the herd across. Then they close the road for a couple of hours until the herd has safely joined the hills on the other side. Reindeer are semi-domesticated but they still remain wild animals, it is so impossible to know exactly at what time they will cross the road. That is adding some excitement to our waiting. Suddenly, we see the herd appearing at the horizon. More than 3,000 reindeer coming closer and closer, straight to us, led by only two herders. That is pretty breathtaking; the first reindeer to cross the road are a little bit hesitating and shyly looking at people. Then when those first ones have joined the other side of the road, the rest of the herd follows confidently.

Even if these reindeer are semi-domesticated as they are managed by herders to move them on specific places, it is always impressive to see thousands of animals moving all together in the wide-open Arctic's spaces. The fact that they move together in a big pack during that migration is a good opportunity for a photographer to get some impressive reindeer shots in the snow and the blizzard. These semi-domesticated reindeer are the same species as the wild Barren-ground caribou, migrating through the arctic and sub-arctic tundra every year. I have been photographing Barren-ground caribou for a few years now and never been able to get that kind of image with so many animals in one big group. So as a photographer, seeing the 3,000 reindeer moving towards me is a very good experience, and allows me to get some very unique images, especially close-ups of the herd. The winter conditions are always very harsh, even at the end of March, last year the temperature was close to -40F with a strong northern wind.

And this year for the 80th anniversary, some herders from Russia and Norway came to join the local herders and celebrate the event. It was very nice to witness this exchange of tradition, listen to traditional songs by one of the Norwegian herder (who is a girl, this is pretty rare apparently) and meet the elders. 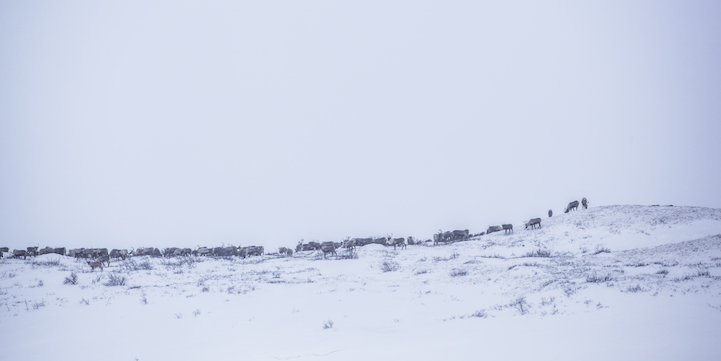 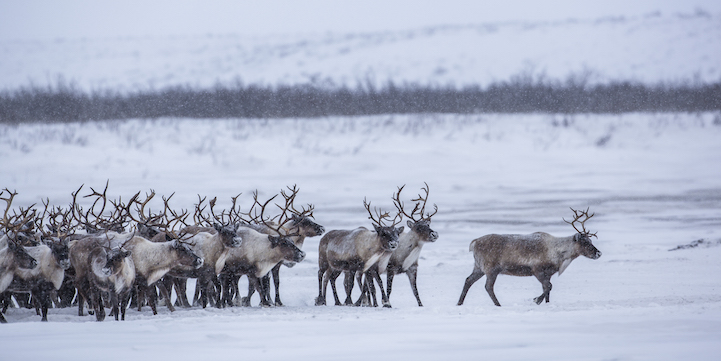 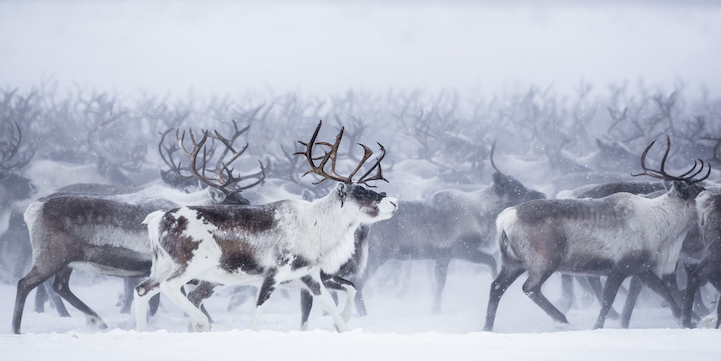 Thanks so much for the interview, Nicolas!