Illusional Sand Art Looks like a Hole to Another Dimension 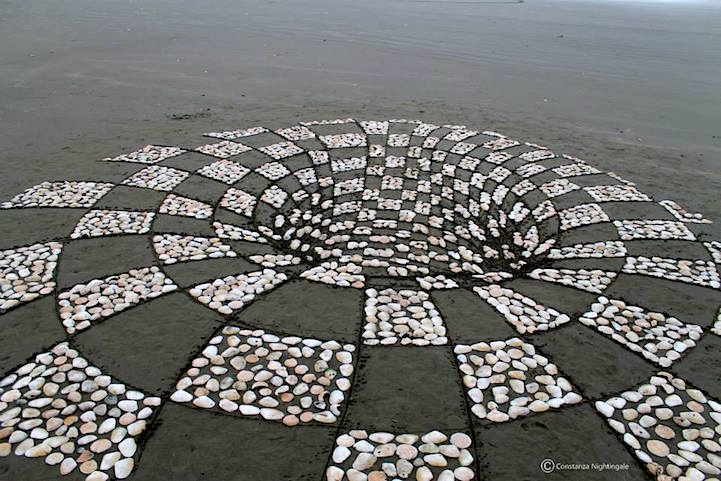 Artists Constanza Nightingale and David Rendu (former founding member of 3DSD) have continued their tradition of creating eye-popping sand art by designing an illusive, beach-based “hole” to another dimension. Using alternating squares of sand and white seashells, the imaginative pair designed an optical illusion that tricks the human eye through a carefully manipulated perspective. When viewed from a certain angle at New Zealand's Okains Bay, the sand installation looks as though it is sinking into an endless abyss, at the center.

Nightingale and Rendu's installation, which appears to be a naturalistic, plunging checkerboard, is oddly reminiscent of the rabbit hole from Alice in Wonderland. Ultimately, each component of the piece – including both the vivid seashells and the their alignment – works together to give the sand art a magical aura. 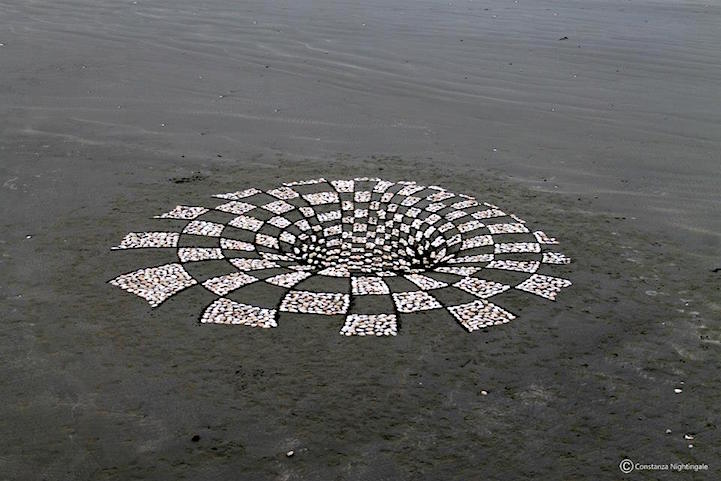 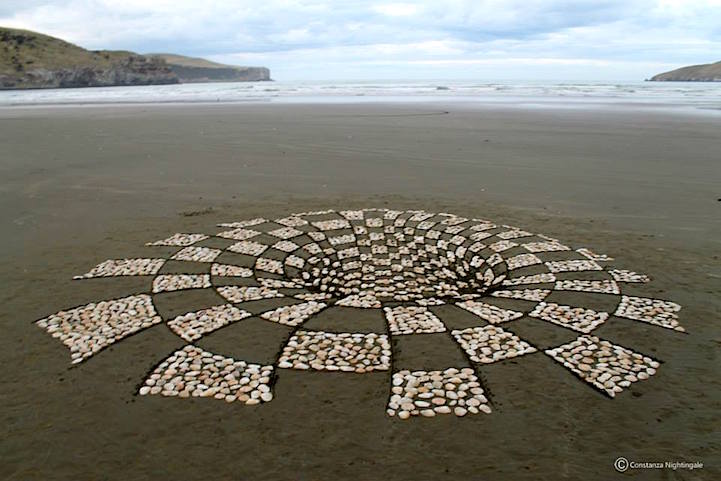 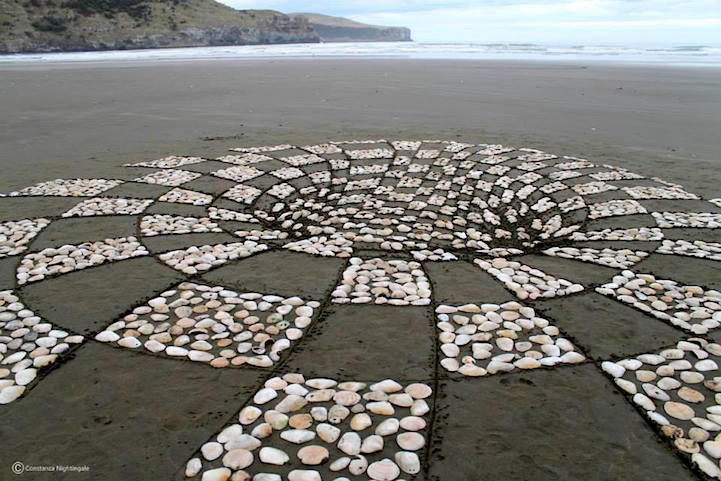 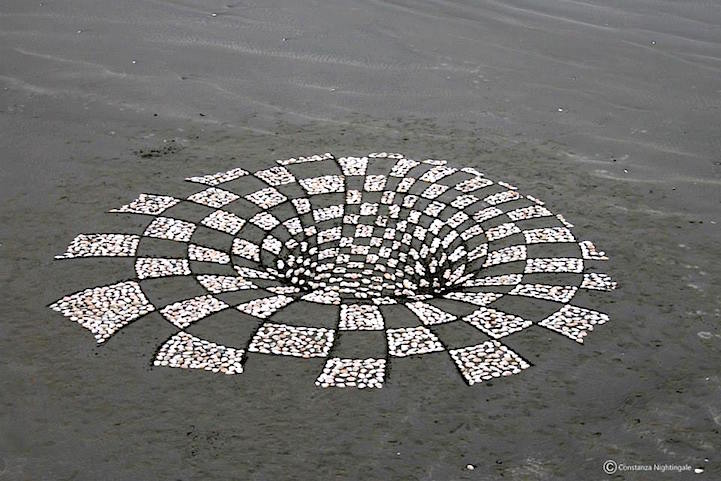 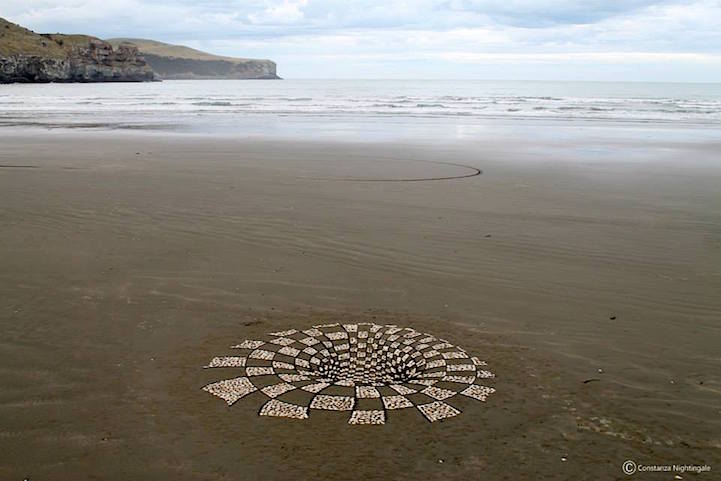