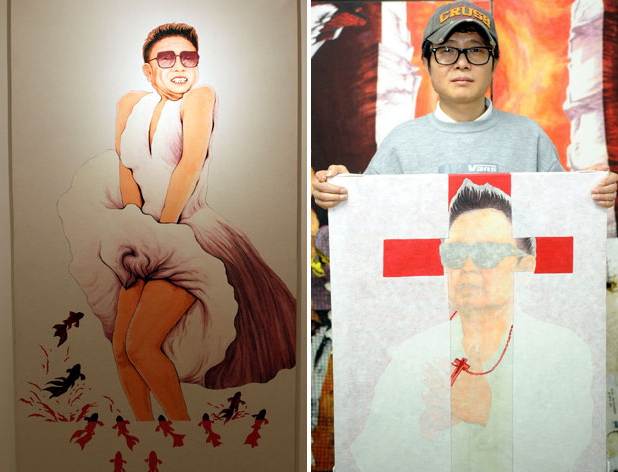 Not many people have fled from North Korean and lived to talk about it. Song Byeok not only survived, he went one step further, painting funny images of North Korea's “Great Leader” Kim Jong Il. The dictator is seen wearing his trademark sunglasses, but has Marilyn Monroe's body, and is pushing down his white dress in an updraft.

Satirical paintings like this would have gotten everyone in his family “taken somewhere nobody knows about and forced to work until death,” said Song during an interview at his small workspace in an arcade on the outskirts of Seoul.

While still in North Korea, Song saw his father swept away by a current during an abortive attempt to swim a river to China to get food. He said he was later beaten senseless by North Korean border guards and spent six months in labor camp. He defected soon after, in 2002.

Song said he got the idea to draw a satirical painting of Kim Jong Il when he saw Monroe's iconic pose from the movie “The Seven Year Itch.” He said Monroe's attempt to hide what's below her dress reminded him of what Kim has done to conceal the truth of what's happening in North Korea. 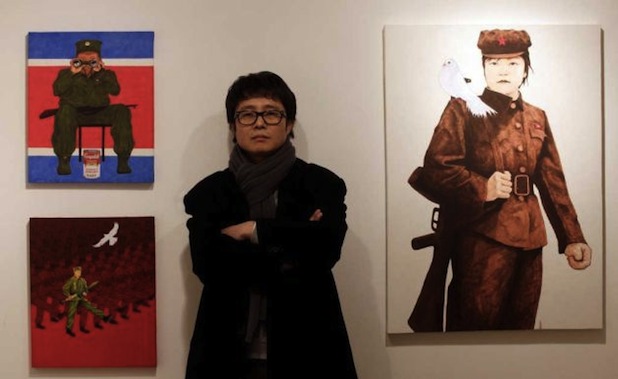 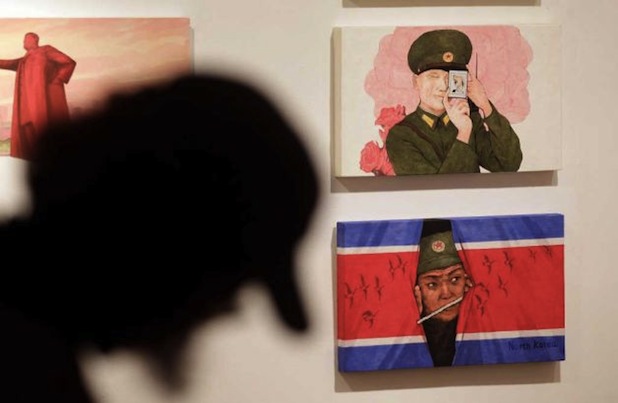 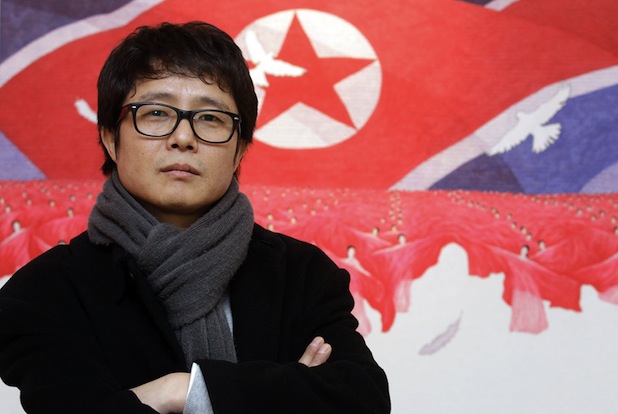