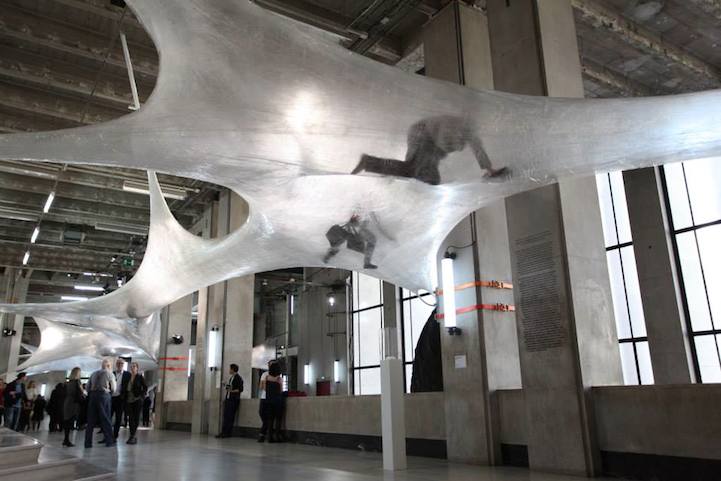 For the group exhibition Inside at the Palais de Tokyo in Paris, design collective Numen/For Use–consisting of Sven Jonke, Christoph Katzler, and Nikola Radeljkovic–used the everyday material of scotch tape to create an extraordinary, sculptural tunnel that stretches across the top of the entrance hall like a web or the branches of a strange tree. Titled Tape Paris, the installation is the latest iteration of the group's Tape series, which has brought similar tape structures to Tokyo, Melbourne, Frankfurt, and other cities across the globe.

Using 44 kilometers' worth of tape, a team of 10 people took 10 days to construct a structure strong enough to support five humans at once. “This form is so perfect, it's shaped by the forces of tension,” says Jonke, “we determine the attaching points and then we have a sense of what the volume will look like.”

The result is a futuristic, translucent piece as fascinating from the inside as from the outside. For a transportive experience, adventurous visitors can be transported to another world by crawling through the tape tunnels, as other visitors watch their hazy silhouettes from underneath the installation.

Tape Paris will be on display with other artists' works as a part of Inside from October 20, 2014 to January 11, 2015 at the Palais de Paris in Paris. 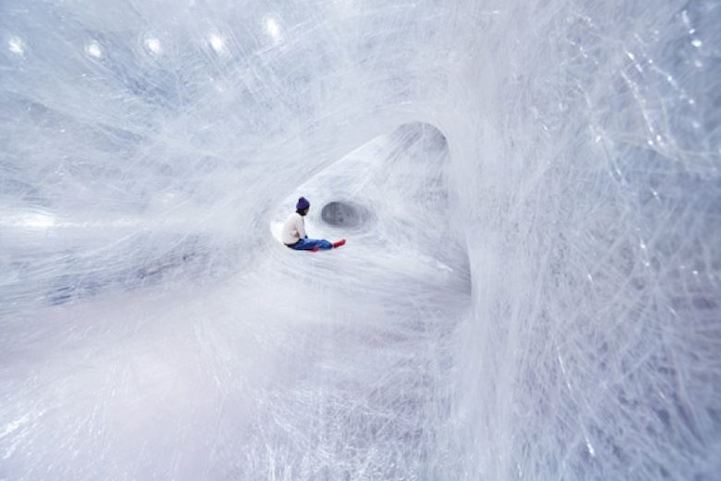 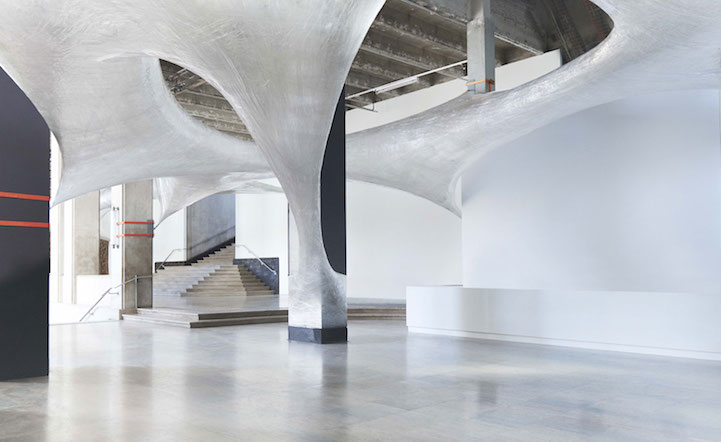 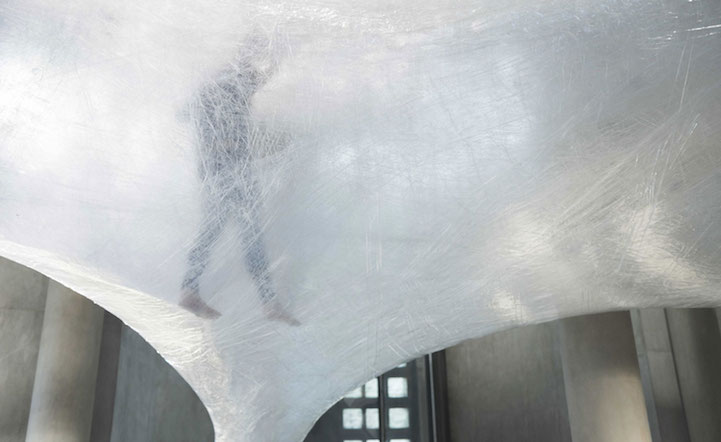 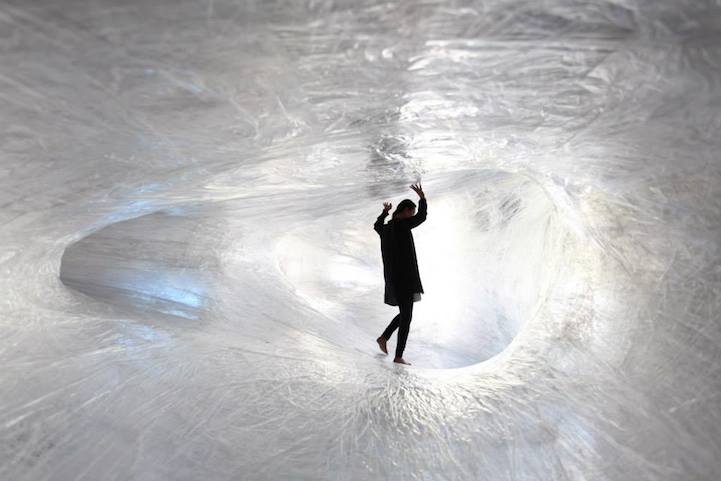 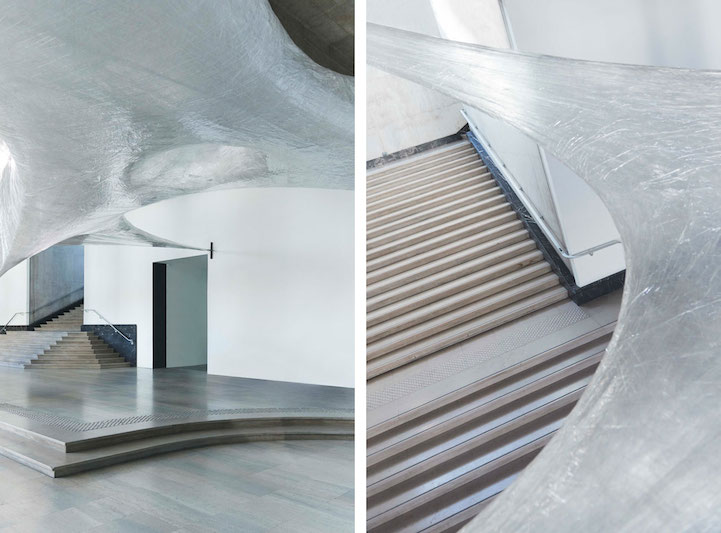 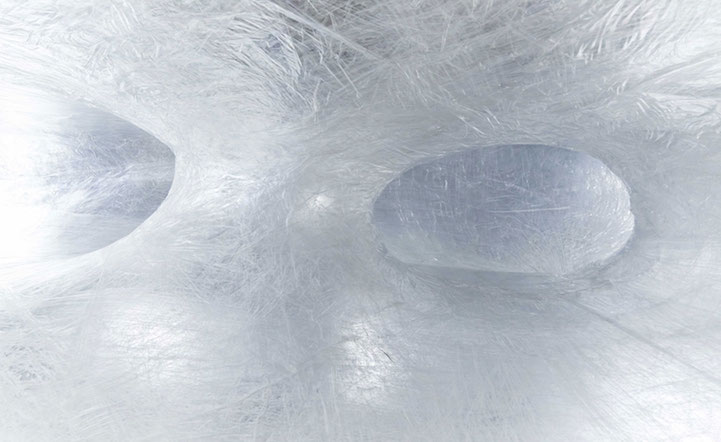 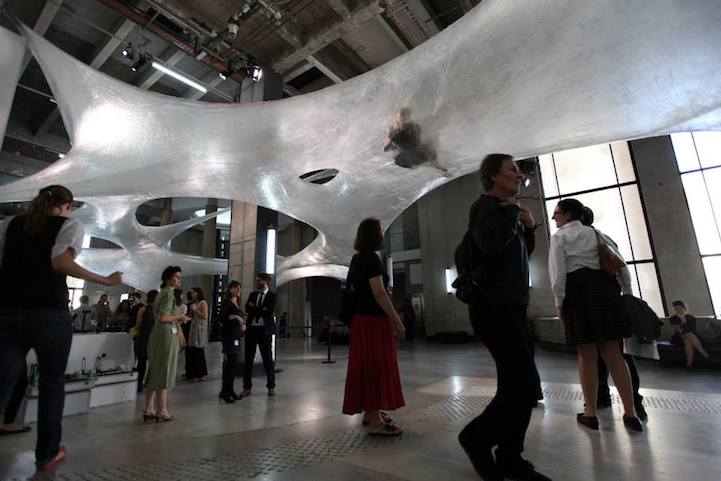 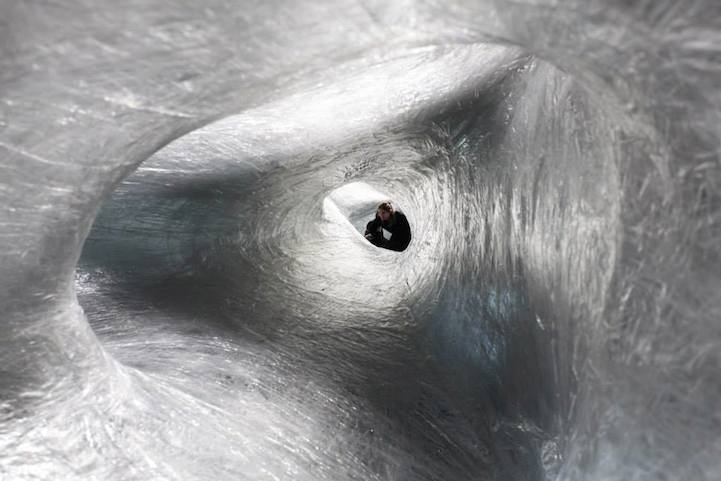 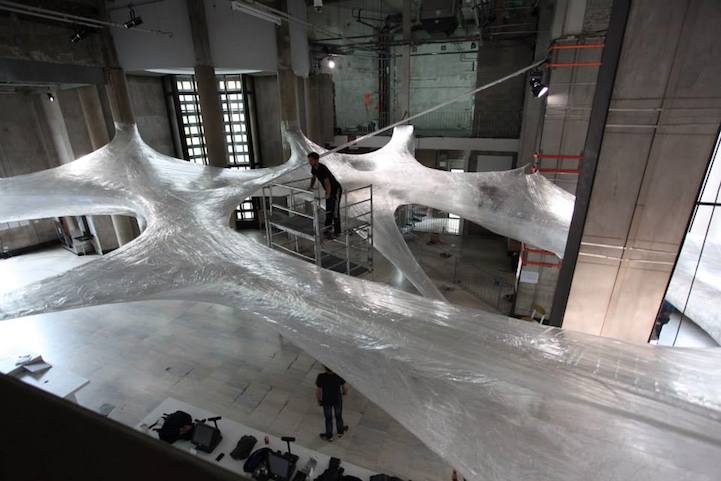