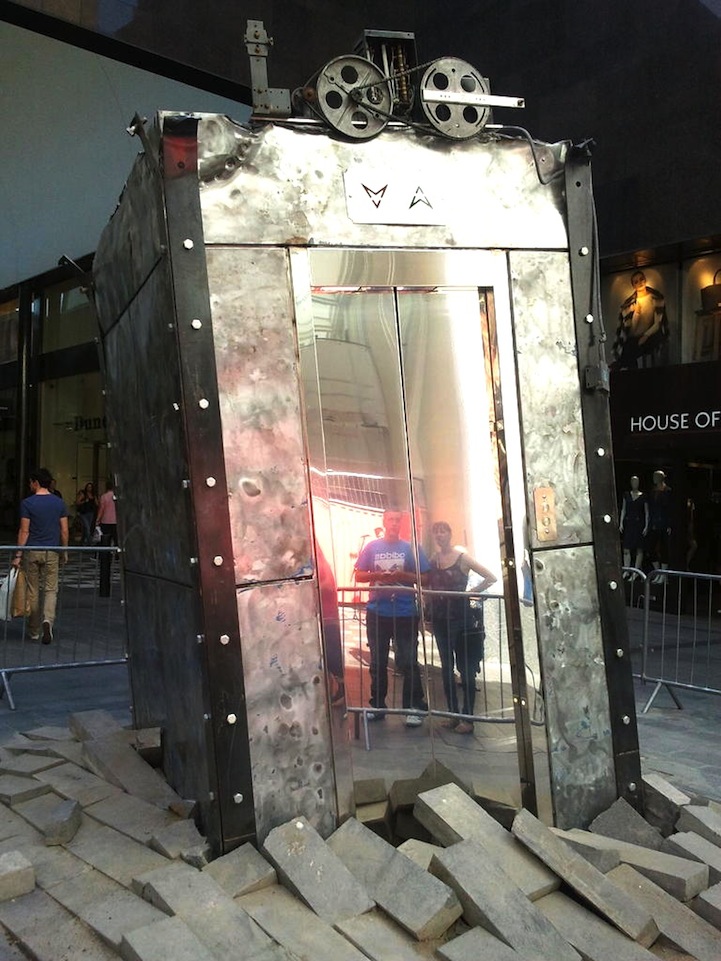 Ahead of this year's Liverpool Biennial, which officially opens September 15 and runs until November 25, Israeli-artist Oded Hirsch was commissioned to create an art installation that would leave people scratching their heads. The Lift is an elevator that looks like it's erupting from a shopping mall ground or perhaps crashing down from above. While installing it, Hirsch's team was inundated with questions of people asking everything from where it fell from to whether people were actually killed from it.

The art installation, Hirsch's first public realm commission, is actually meant to elicit this kind of reaction. By disrupting the pristine floor of the shopping district at Liverpool One, Hirsch wants people to ask questions about what went wrong.

“There's a huge area [Liverpool One] that became a pedestrian mall filled with shops,” Hirsch told Haaretz. “In this escapist-capitalist space they also opened a big multiplex. The vast new mall drained the city of its special character, and life was drawn into the glittery new area.

“I decided I wanted to create a work that would respond to the new social reality that was created there,” he adds, “and in my head I had these images of a cityscape getting out of control. From there I got to the idea of a rebellious elevator, that bursts from the earth as if from some underworld beneath the shiny shopping center. This new architectural phenomenon just fascinated me.” 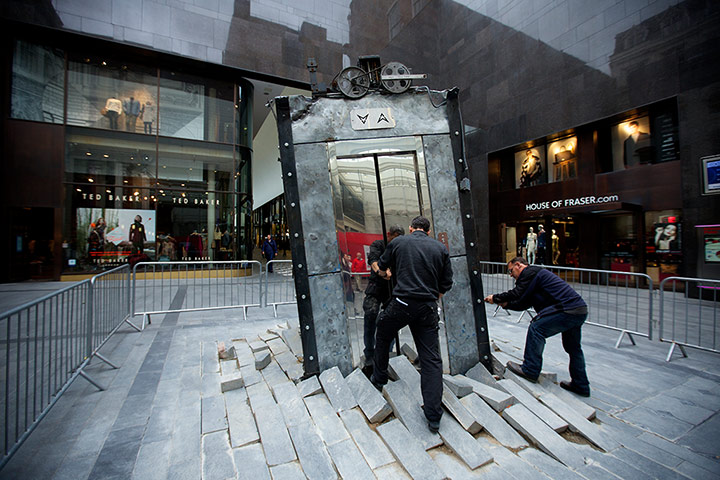 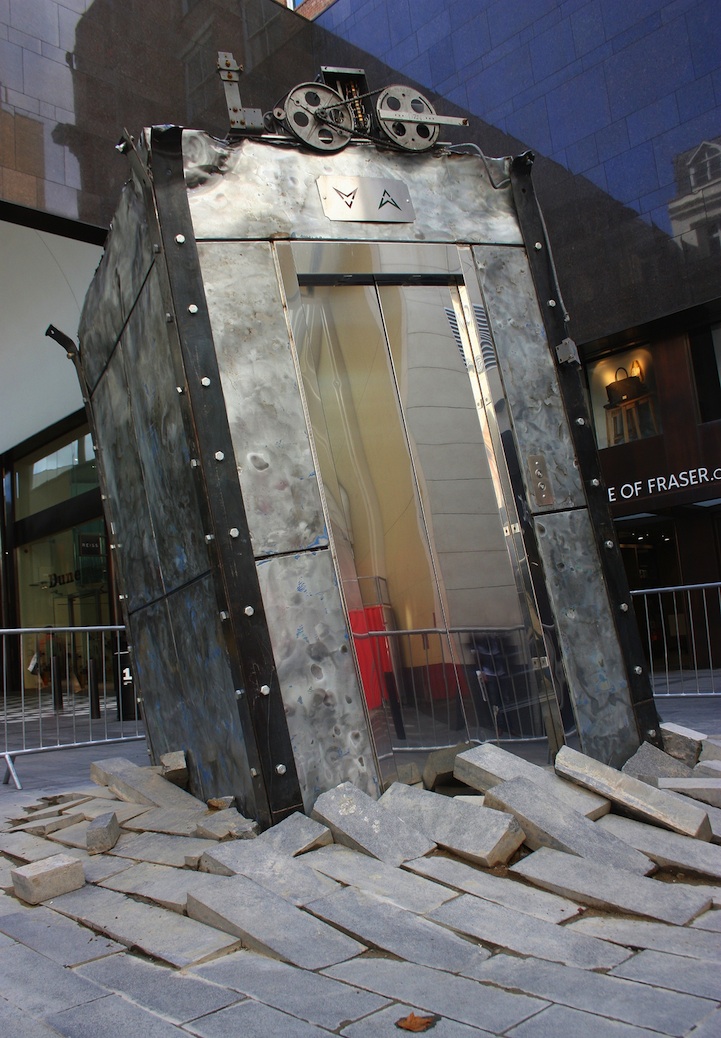 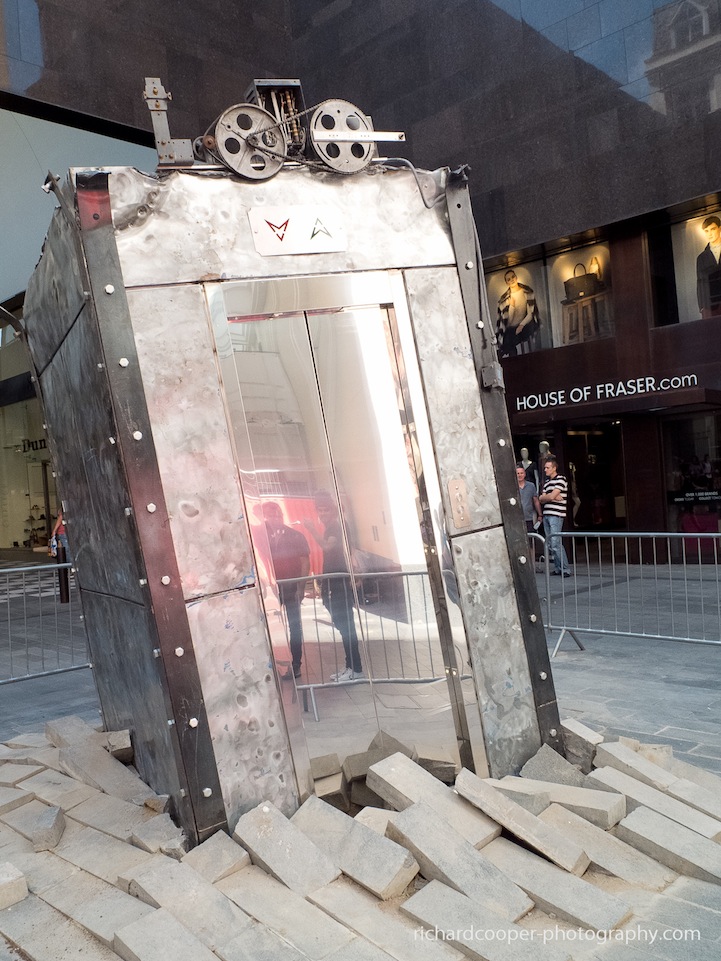