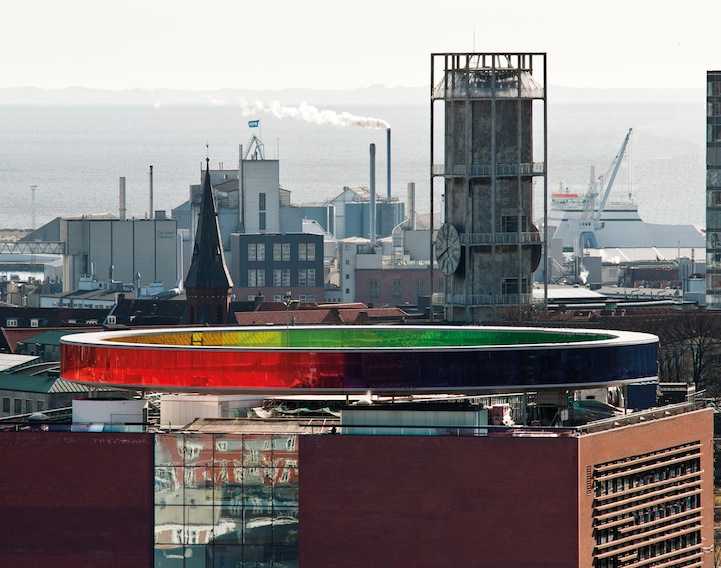 Want to really view the world through rose-colored glasses? Ever wonder what being trapped in a rainbow would feel like? Well, then do we have an art installation for you.

Olafur Eliasson, the artist behind those New York man-made waterfalls, is back with Your Rainbow Panorama. Opened on March 27, 2011, it's a rainbow-colored glass walkway on the roof of Danish art museum ARoS. The circular walkway is 150 meters long, three meters wide and moves through all the colors of the spectrum. The 52-meter diameter walkway “floats” 3.5 meters above the roof and sits like a stunning, multi-colored halo.

“Your Rainbow Panorama establishes a dialogue with the existing architecture and reinforces what was already there, that is to say the view across the city,” Eliasson says. “I have created a space that can almost be said to erase the boundary between inside and outside — a place where you become a little uncertain as to whether you have stepped into a work of art or into part of the museum. This uncertainty is important to me, as it encourages people to think and sense beyond the limits within which they are accustomed to function.” 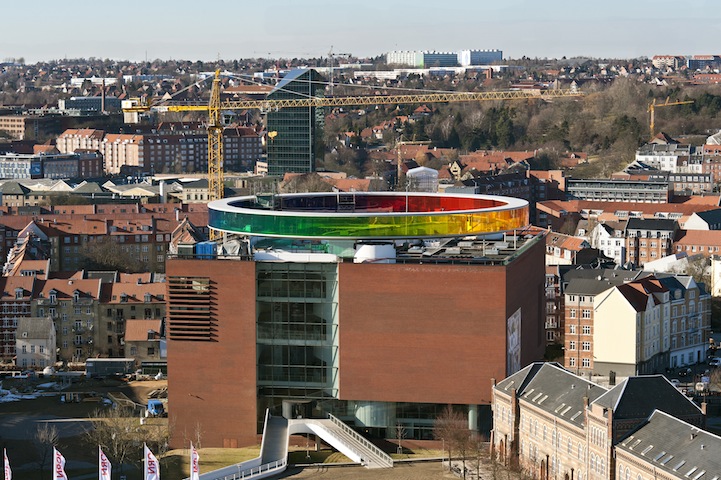 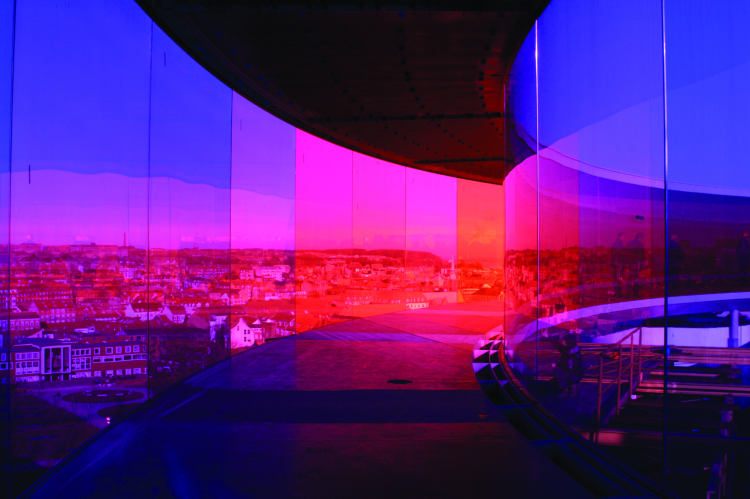 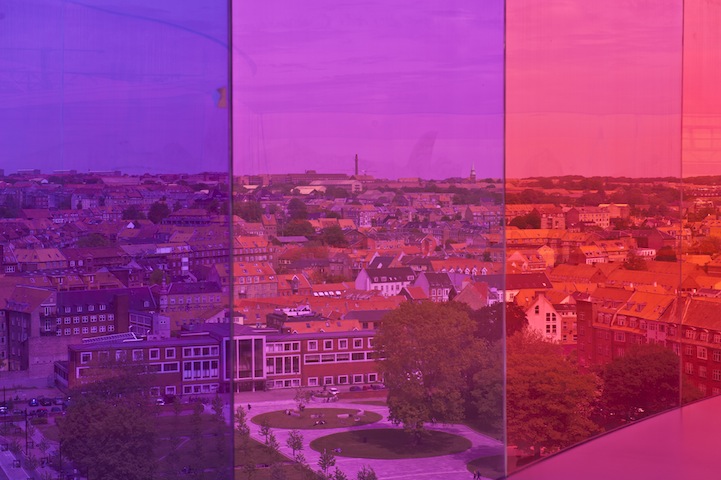 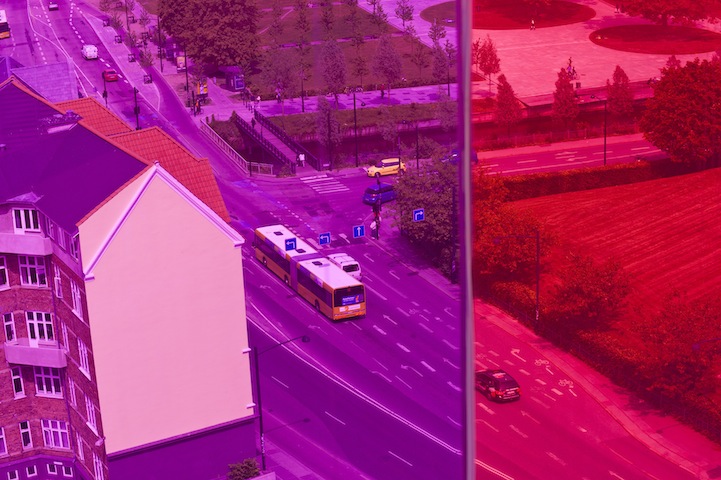 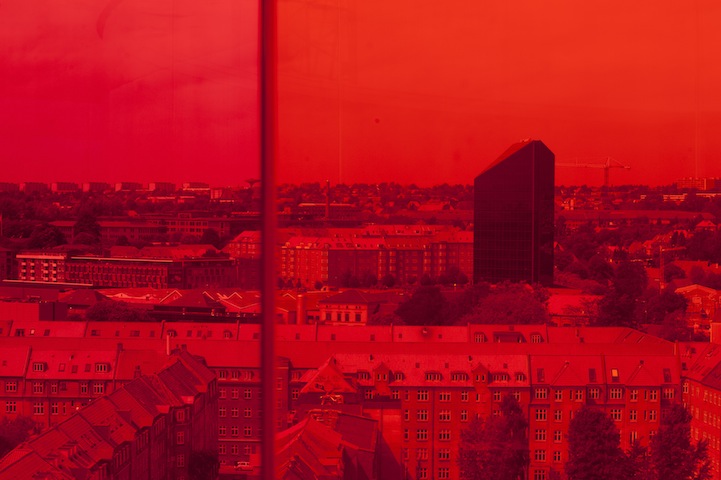 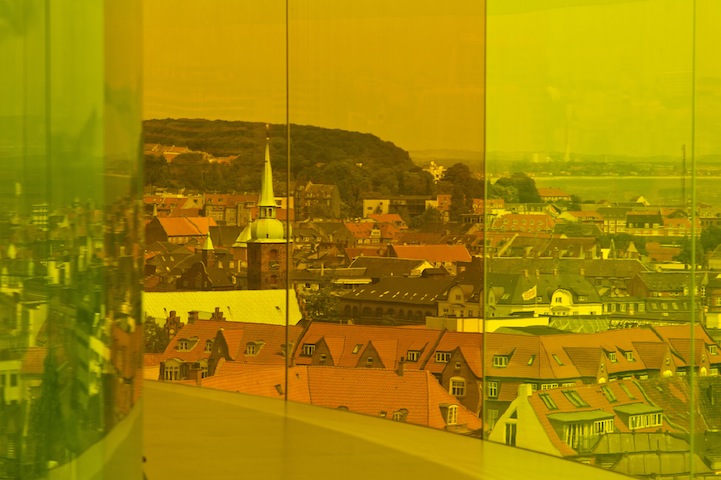 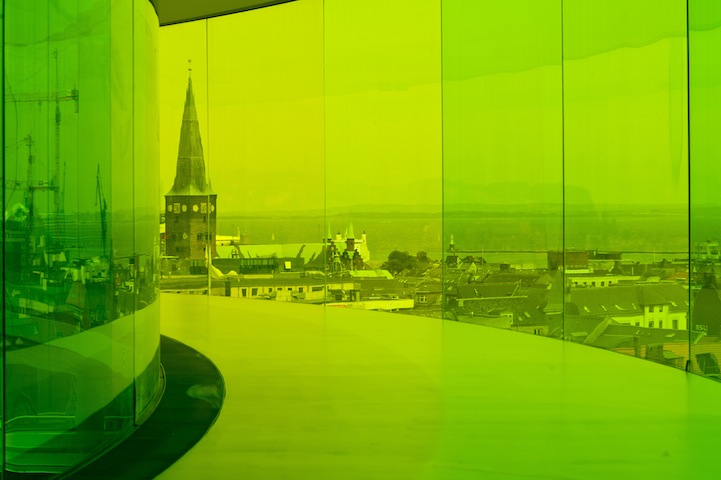 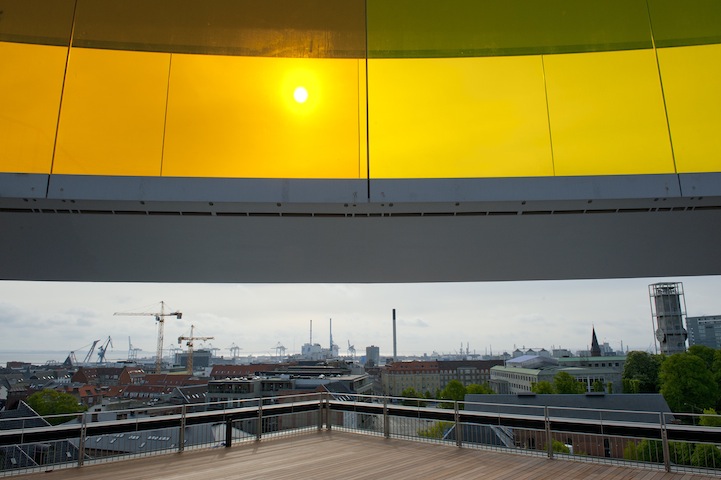 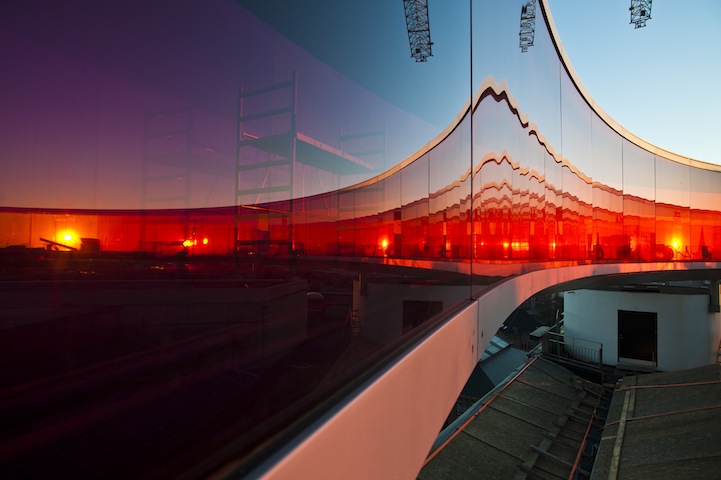 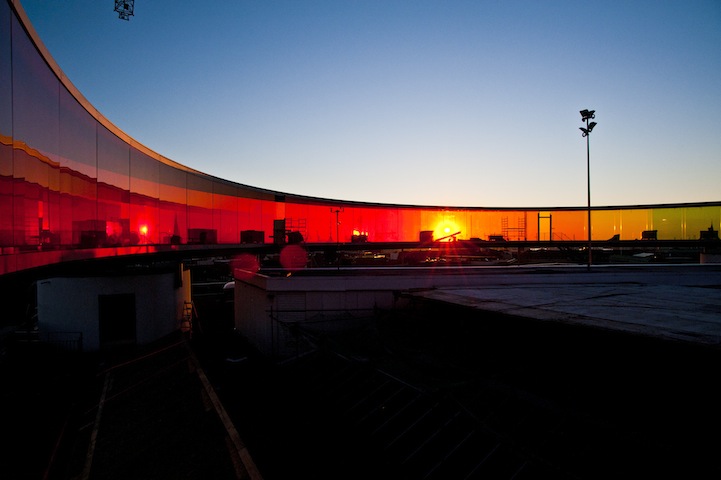 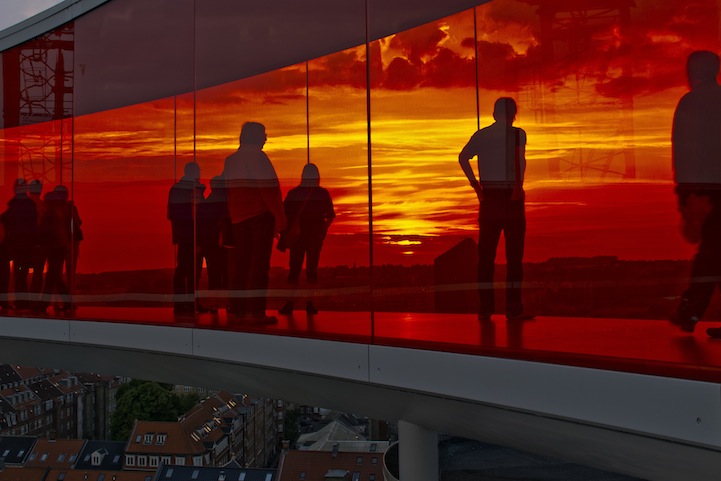 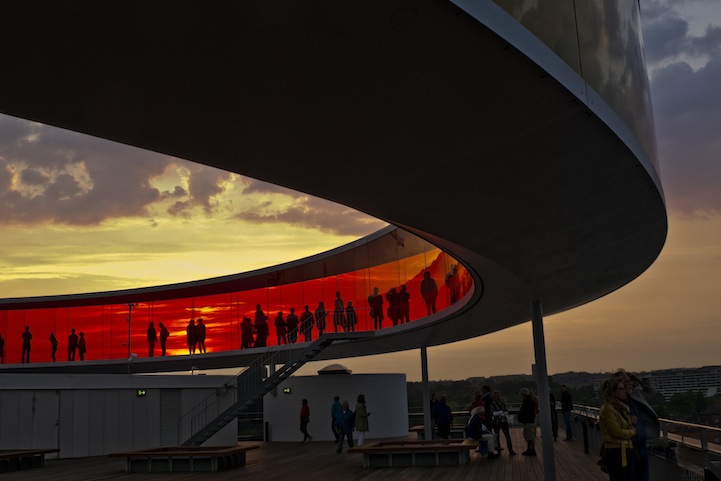 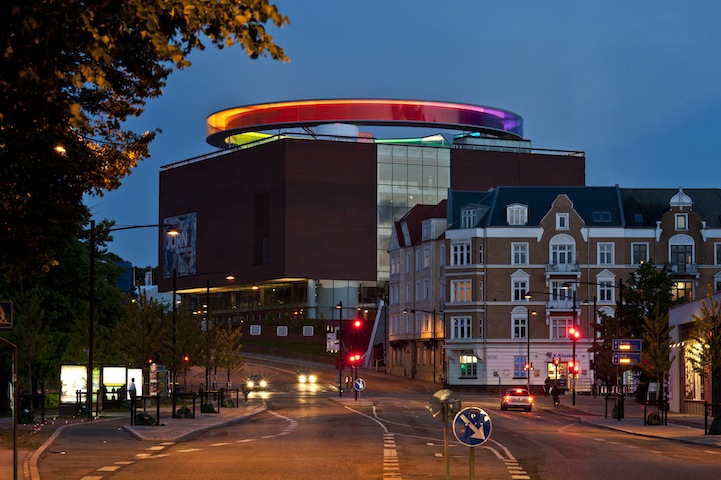 If you're worried that this art installation might go away, don't rush to book your ticket to Denmark just yet. The circular walkway will live as a permanent piece on the museum's roof. However, starting June 18 and through December 2011, ARoS will present a number of Eliasson's installations which address how colors appear to the human eye. It includes his older works such as Beauty (1993), The Inverted Panorama House (2004), and Your Atmospheric Colour Atlas (2009).

Love how ARoS explains his work, “Eliasson's practice is characterized by a ceaseless exploration of human interaction with the surrounding world. Operating in a place where many realms intersect – science and aesthetics, rational deliberation and sensory experience, culture and nature – Eliasson's art calls our attention to the ways in which we orient ourselves, both physically and mentally.”