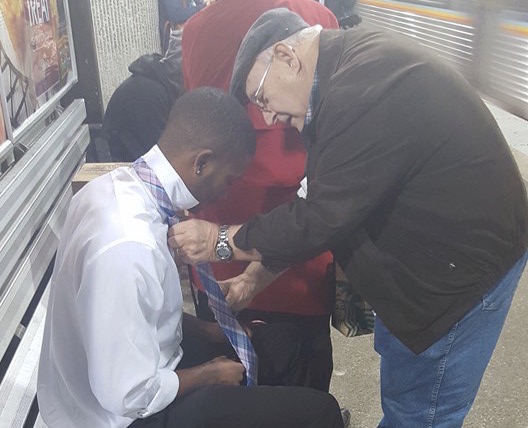 Random acts of kindness don't always have to be grand and eye-catching. Meaningful gestures can appear in many forms, big or small. While an elderly woman was waiting for the train in Atlanta's Lindbergh Station, she noticed a young man having trouble tying his necktie. The woman asked, “Do you know how to tie it properly?” When he responded, “No, ma'am,” she then tapped her husband on the shoulder and said, “Come here and teach this young man how to tie his tie.” Without hesitation, the elderly gentleman gave his young friend a step-by-step tutorial. Afterward, he had his pupil repeat the steps in front of him to make sure he now knew what he was doing. While this lesson was occurring, the women stood in front of the young man, to presumably block others from seeing what was happening. She didn't want him to feel embarrassed.

Redd Desmond Thomas was close enough to the trio to hear and watch these heartwarming events unfold. Thomas snapped a candid shot of the two men in the midst of their impromptu tutorial and proceeded to post the story on Facebook, with an enthusiastic exclamation: “I LOVE THIS!” One commenter also beautifully responded to the photo: “How beautiful it would be if each of us could grasp we have a duty to both teach (lovingly) and learn (with gratitude) from one another.” 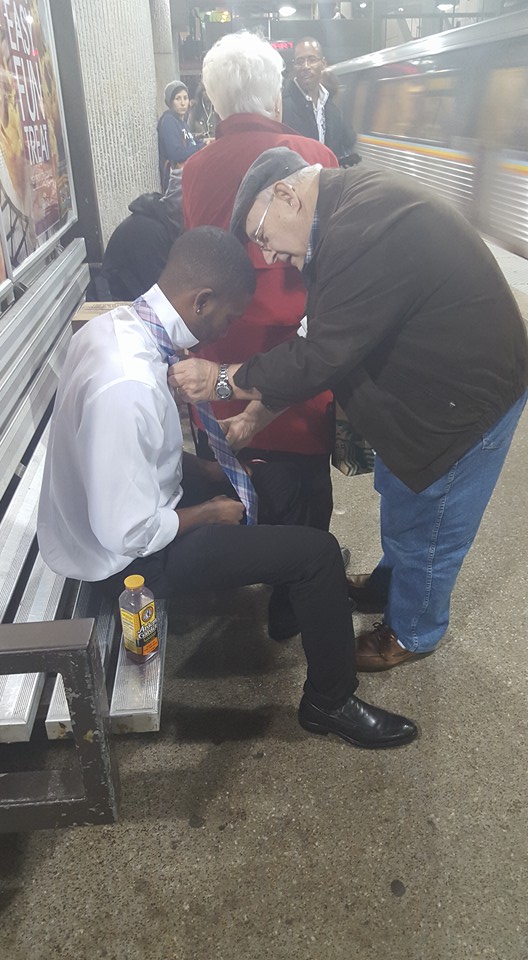