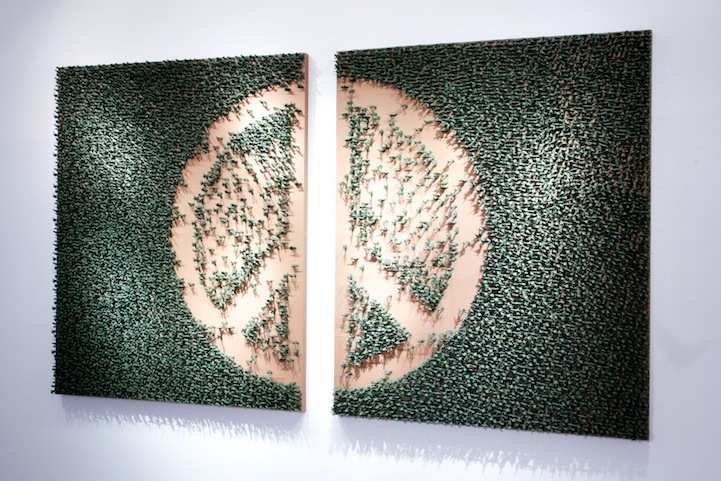 What appears to be a unifying symbol of peace from afar is, in fact, a swarm of 20,000 toy soldiers in conceptual artist Ole Ukena's piece titled In the Absence of War. The massive diptych consists of two sides of the well-known peace sign, each saturated with little green army men with their weapons on hand, ready for a battle. The thought-provoking piece is open to interpretation, though there is clearly a criticism of global and political agendas.

The sculptural installation, stretching over 11 feet wide and nearly 5 feet high, presents both criticism and observation that requires viewers to actively change their perspective to get the whole picture. Standing in one position only exposes viewers to only one frame of mind but seeing the piece both from up close and afar reveals the irony of nations fighting in the name of peace. Depending on the viewer's perspective, one could read into the fact that violence is veiled by this idealistic goal. 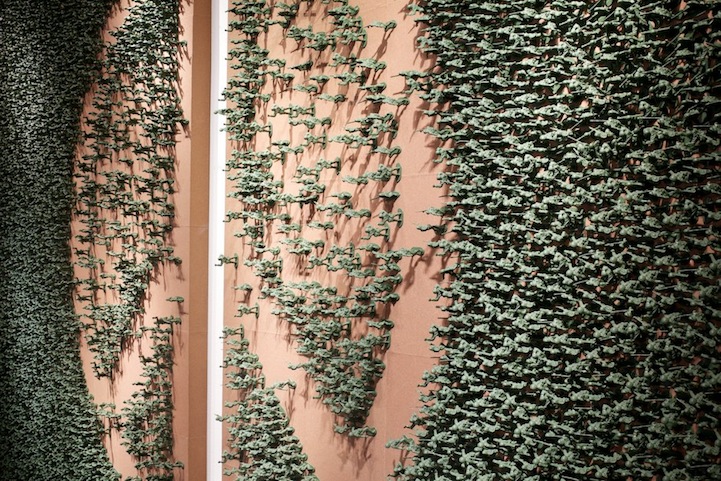 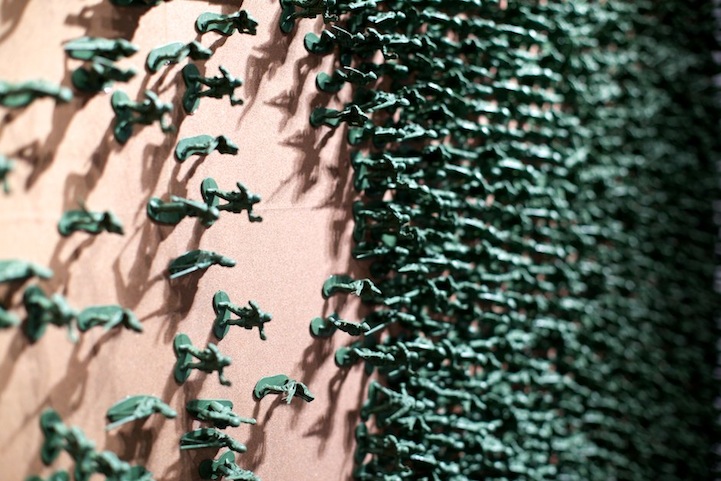 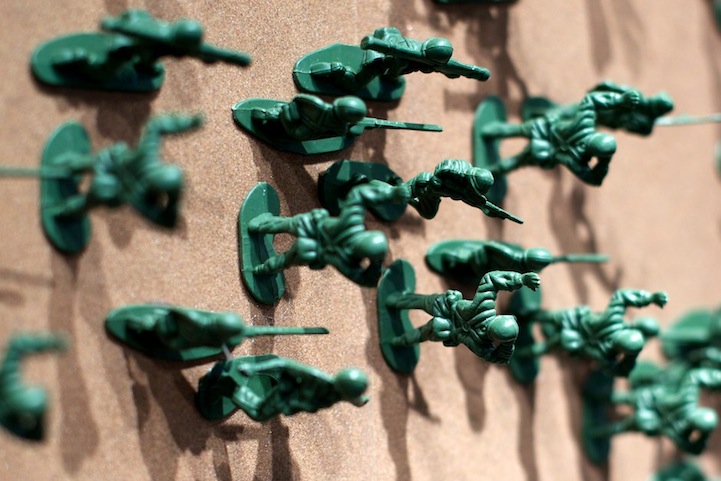