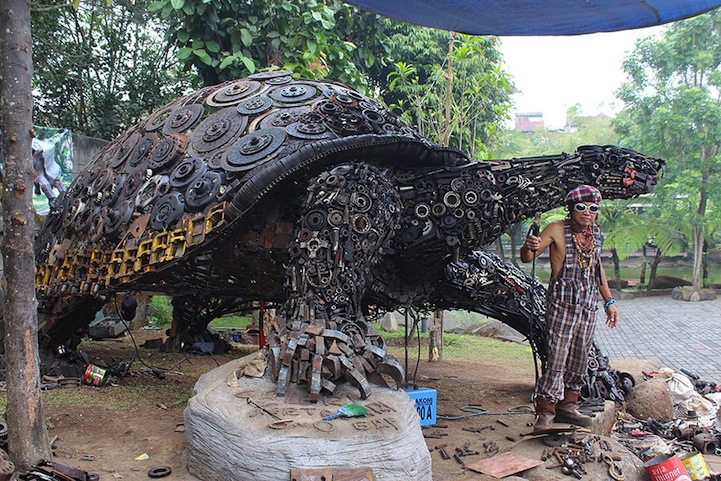 This enormous, metal tortoise is the work of Indonesian artist Sumarsono, also known as Ono Gaf, who used old and discarded junk like tools, car parts, and scrap metal to produce this amazingly detailed sculpture. To create the gigantic artwork, the 64-year-old artist first spent time collecting thousands of metal pieces from scrap yards. He then welded them together to form this adorable creature who towers over the artist himself.

With a grand vision in mind, Ono Gaf took fragments, large and small, and worked them together until the massive tortoise emerged with incredible personality. Viewers will notice that the artist left his mark by occasionally scratching his name on the surface of the parts. Ono Gaf's artwork started when he was young and he used to hang around the tram yards watching men working with iron. “I knew most Indonesian artists like to use wood, but timber rots and breaks. Iron and steel lasts,” the artist explained. “Then and now I've been the only one working like this. I learned how to forge and weld. I could communicate with metal.” 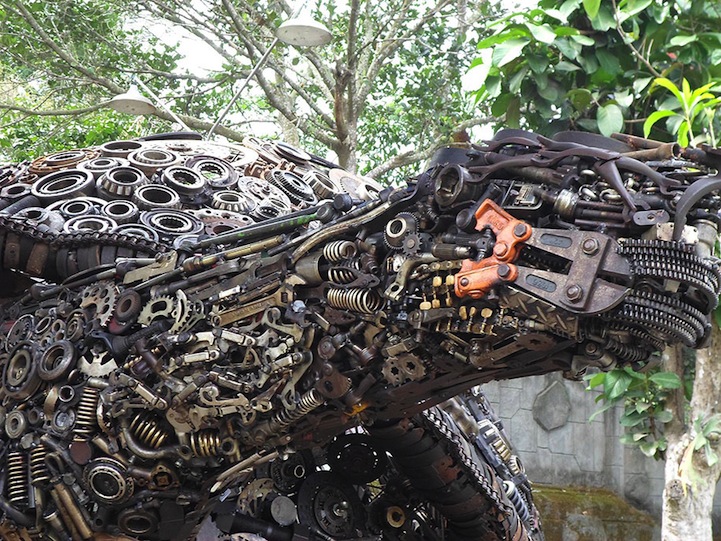 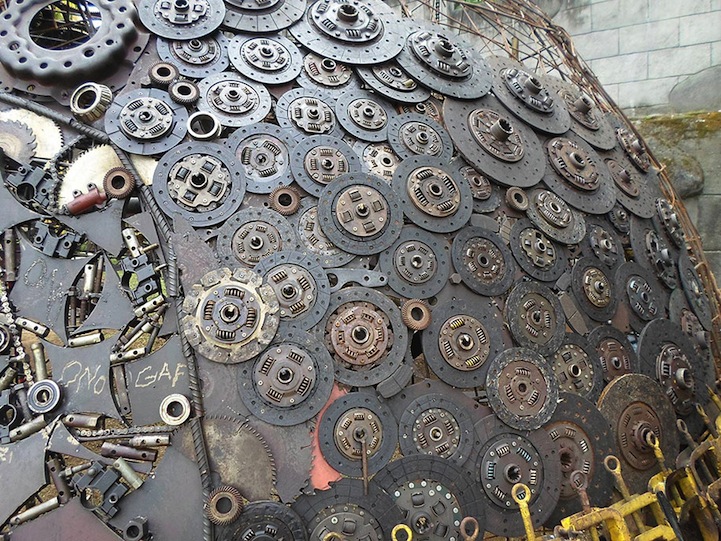 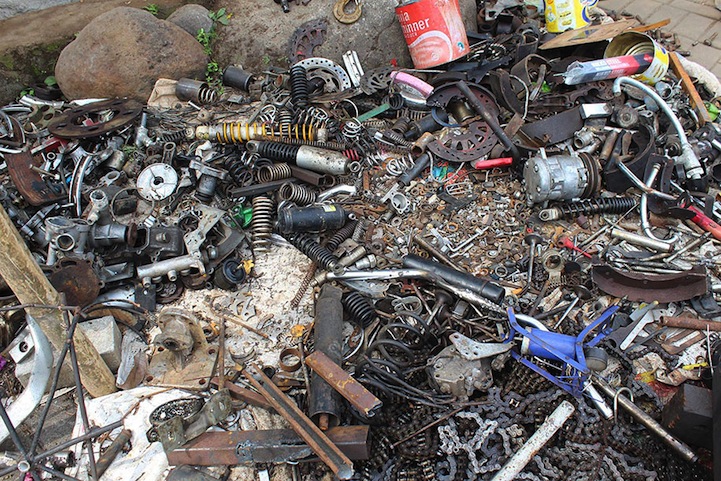 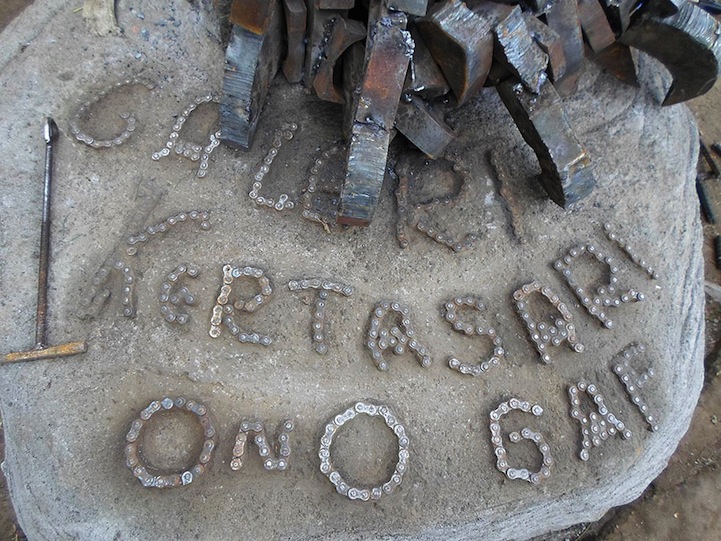 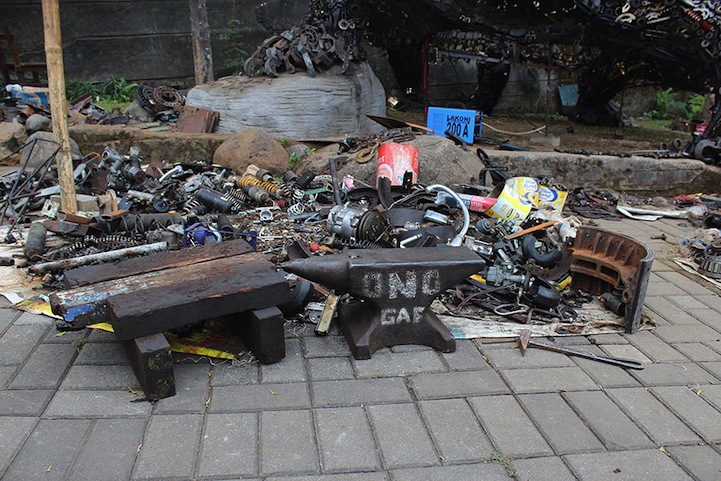 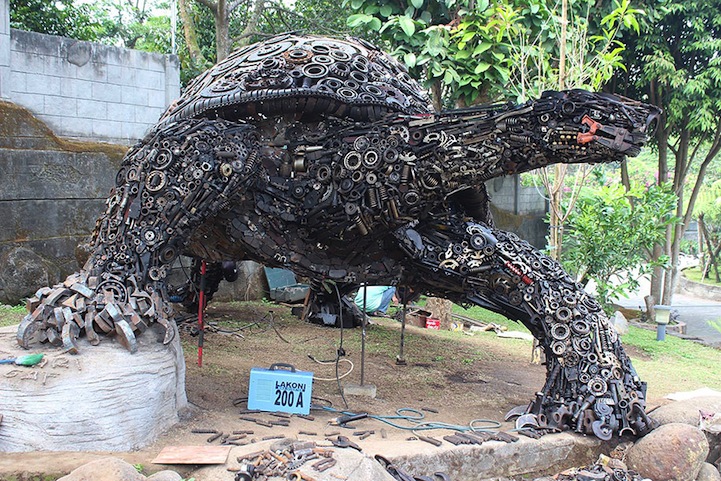 Photos by Gina Sanderson
via [Colossal], [The Jakarta Post]