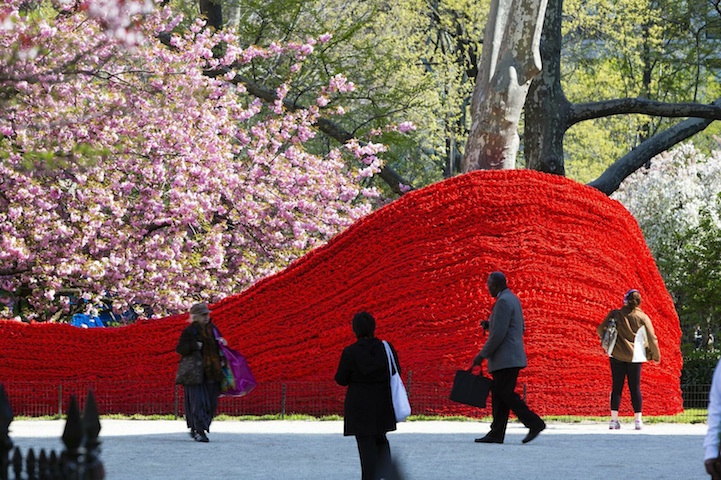 Visit New York's famous Madison Square Park starting today, May 2nd, through September 8th, to see how 1.4 million feet of rope – the total length equating to nearly 20 times the length of Manhattan – can be arranged to look like colorful waves. Brooklyn, New York-based artist Orly Genger has taken repurposed rope collected from hundreds of miles up and down the eastern seaboard, covered it in over 3,000 gallons of paint, and then, has knotted it to create these bright, whimsical waves.

In total, there are three separate undulating structures of layered rope shaped on-site by the artist. They're meant to create interactive environments that invite visitors to explore the newly defined spaces.

“For Madison Square Park I wanted to create a work that would impress in scale but still engage rather than intimidate,” she states. “In context to my other installations, the rope used for Big Boss (2010) at MASS MoCA will comprise only 10% of the rope used for the project at Madison Square Park, allowing me to work at an unprecedented scale. The tradition of knitting carries the sharing of stories and the installation draws on that idea. The repurposed rope brings with it the stories of different locations and by knotting it, a space is created for the words and thoughts of viewers in New York City to complete the work, creating a silent dialogue that waves along.”

This fun installation, called Red, Yellow and Blue, will start at Madison Square Garden and then travel up the eastern seaboard, to places where the rope was originally used. It will then be on view at Lincoln, Massachusetts' DeCordova Sculpture Park and Museum. There, it will take on another shape, to reflect that own distinct environment. (Love how the blue rope has purposely come undone, looking like water spilled on the grass.) 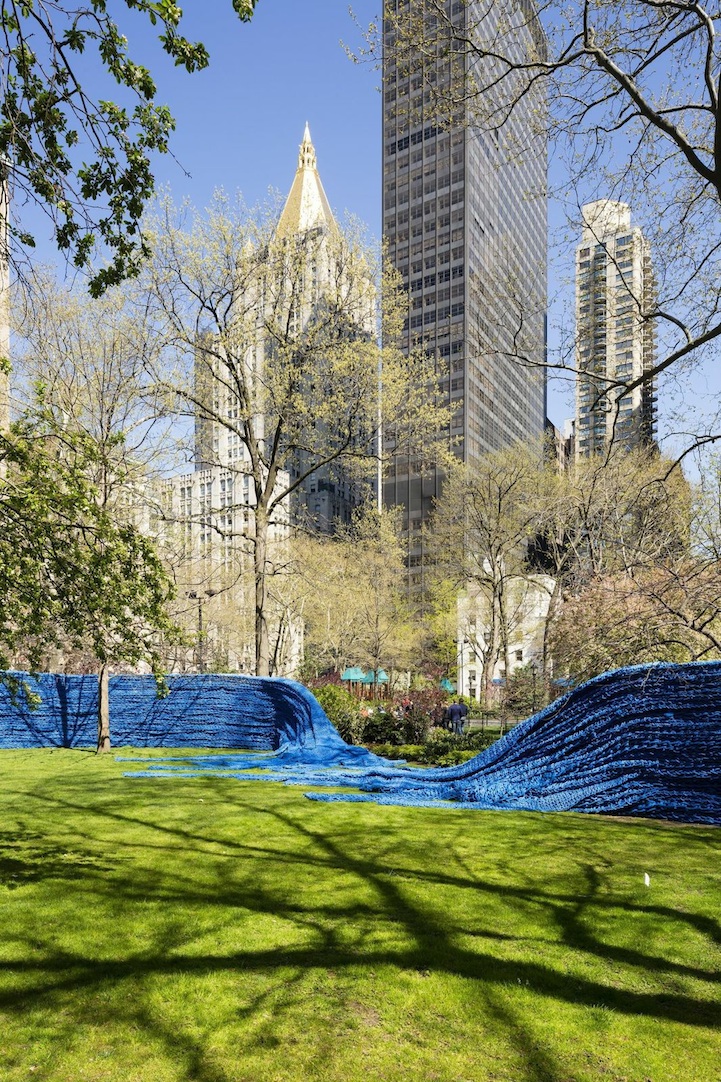 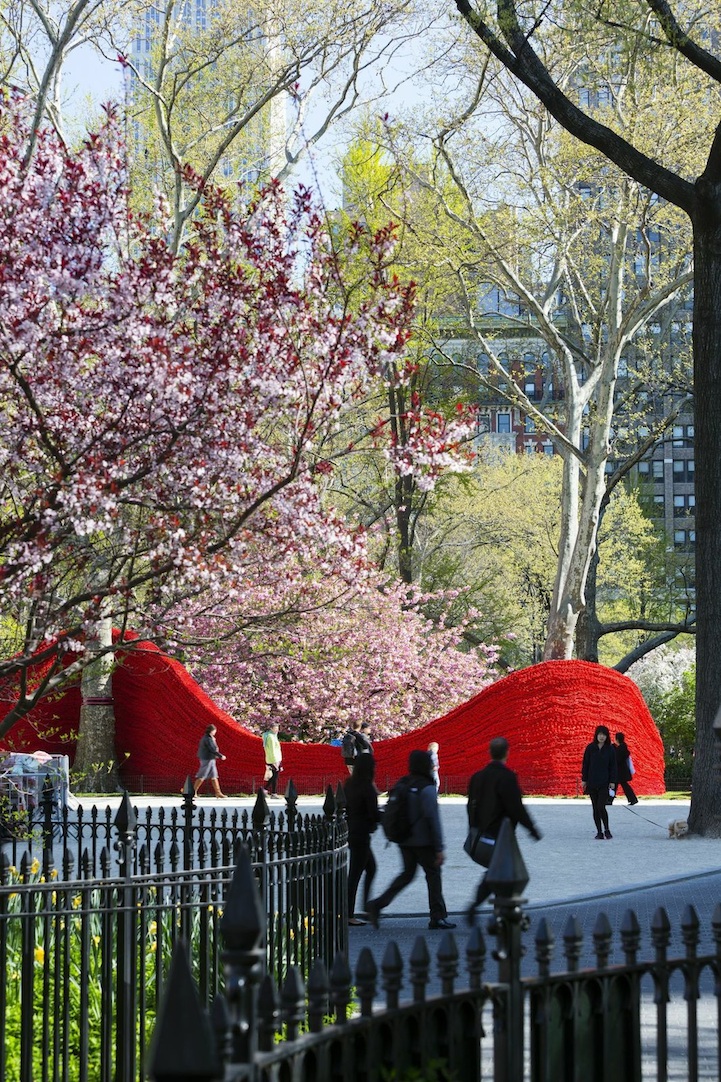 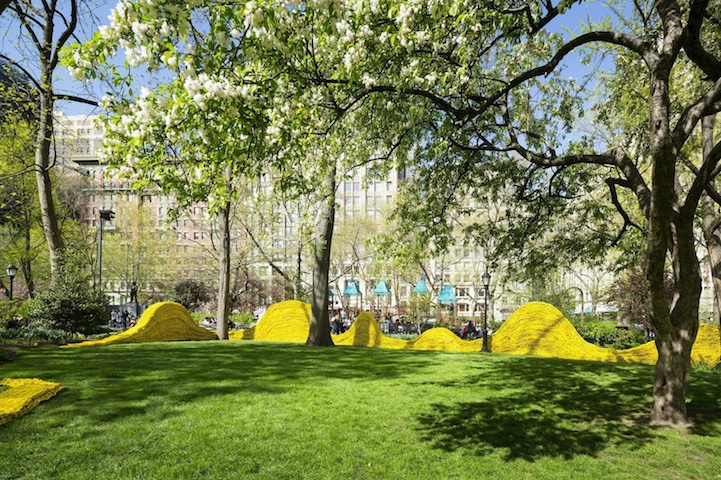 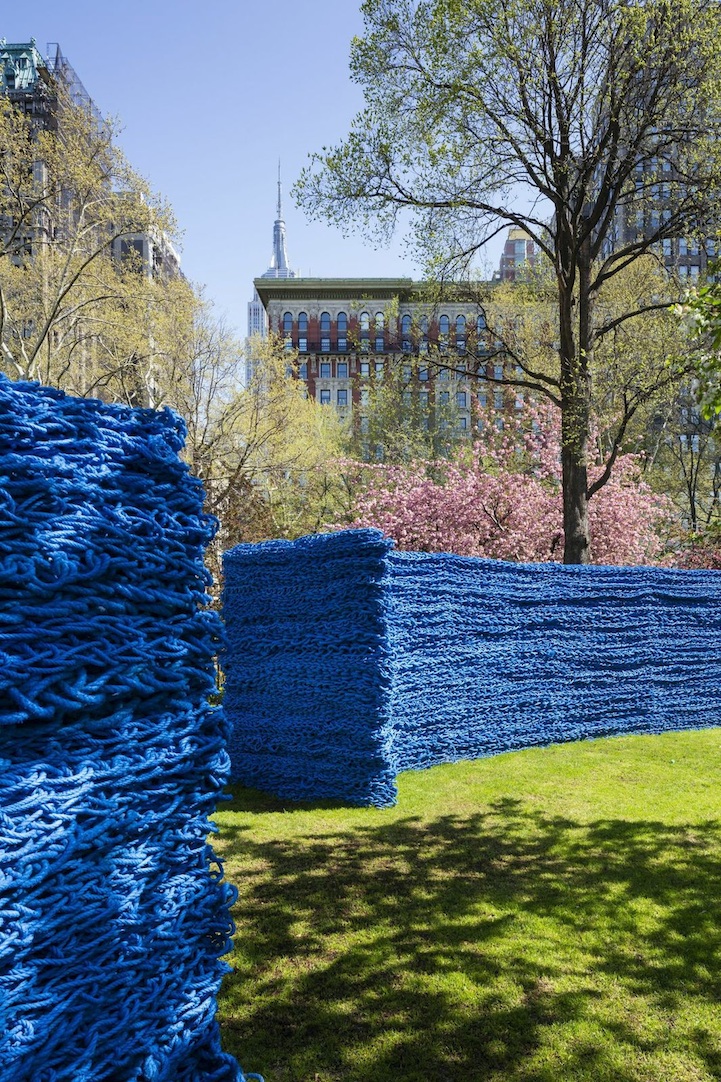 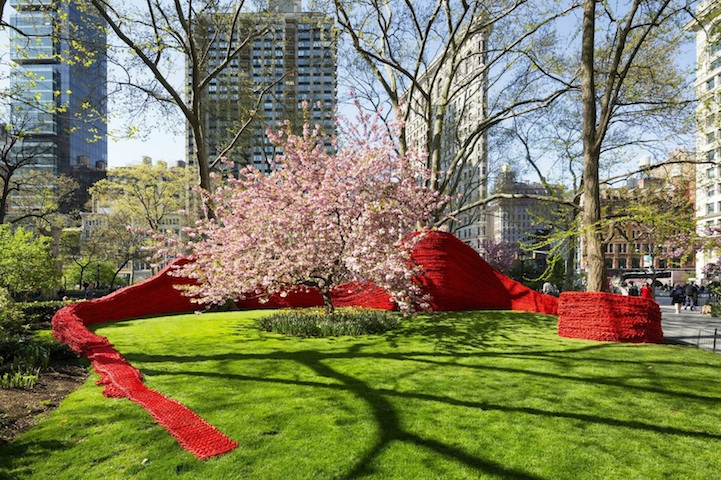 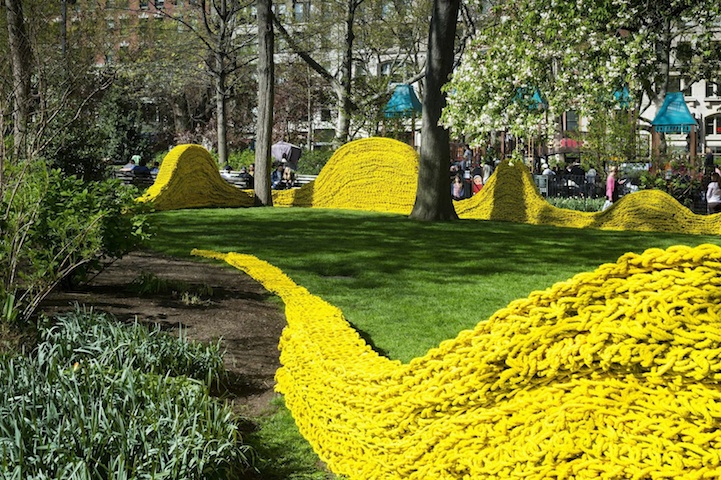 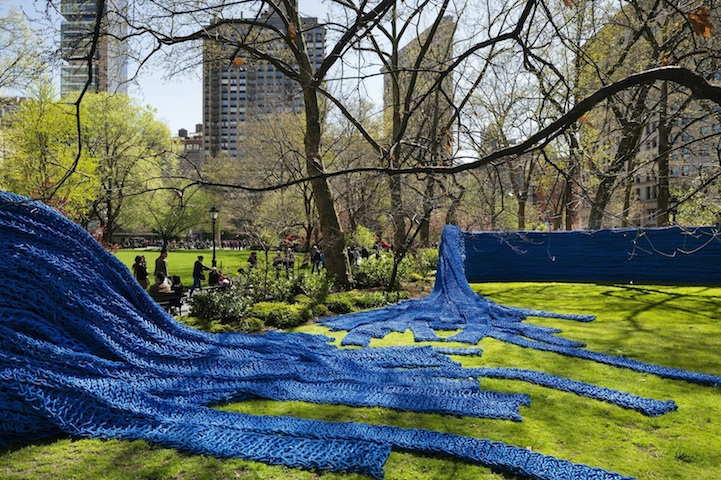 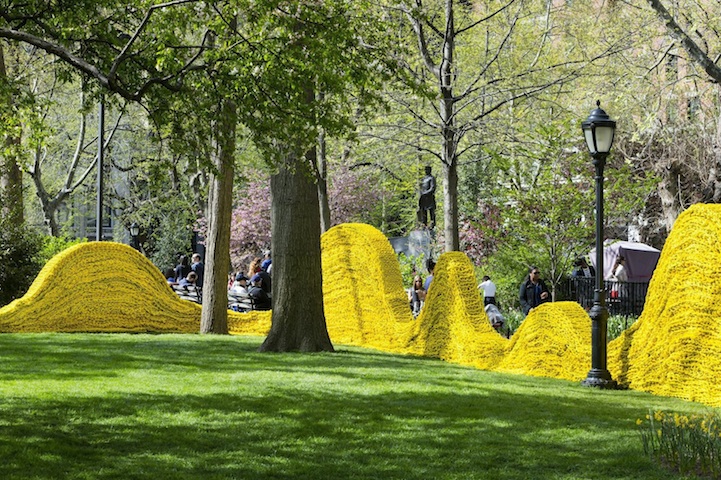 If you'd like to get to know this artist more, this grand installation will coincide with Genger's exhibition at Larissa Goldston Gallery in New York.