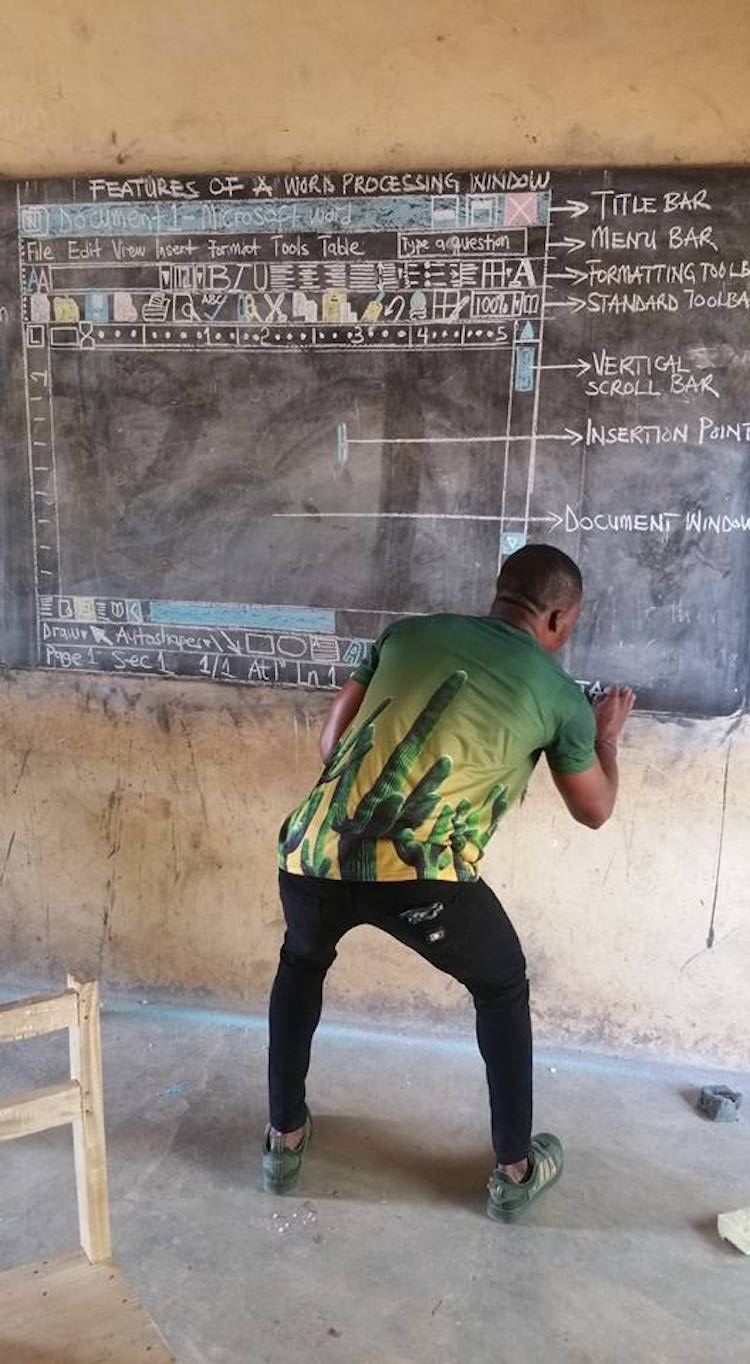 Teachers are the best at finding creative solutions for adverse situations. In February 2018, Owura Kwadwo Hottish, a teacher in Ghana, achieved global attention for the way in which he taught about the computer… without a computer around. Hottish instructs his students on Information and Communications Technology (ICT), and the lesson was about using a word processing program. To give them an idea of how it worked, Hottish improvised with a detailed chalkboard diagram that showed everything you’d need to know about the type of program.

Hottish teaches ICT in a rural farming community that lacked the essentials for a technology class. He had to put his visual art skills to good use and find unique ways to present the material. “I do it to make my students understand what I’m teaching,” he explained at the time. “At least to give a picture of what they will see assuming they were behind a computer.” His inspiring approach appeared to have worked, with Hottish confident that his students understood the material before they leave his class.

Hottish's teaching method went viral after he shared it on Facebook, and it shed light on the serious issue that many schools in Ghana face—they are without the basic tools needed to help their pupils learn. Since that time, however, Hottish's institution has found some relief. Hottish was invited by Microsoft to attend their Education Exchange conference in Singapore, and the company has partnered with him to provide both devices and software for the students as well as professional development for its teachers.

On a smaller but equally-as-heartwarming scale, Normal Gadgets, a cell phone and computer repair shop in Bloomington, Illinois, refurbished and donated 20 laptops to Hottish. “This gentleman had to re-create the functions and programs on a laptop by drawing it on a blackboard and the students have to take notes and learn from there without electronics,” Terry Ballantini, the company’s COO said. “It amazed me that he did this every day with a passion.”

Owura Kwadwo Hottish is a teacher in Ghana who used creativity in the face of adversity. 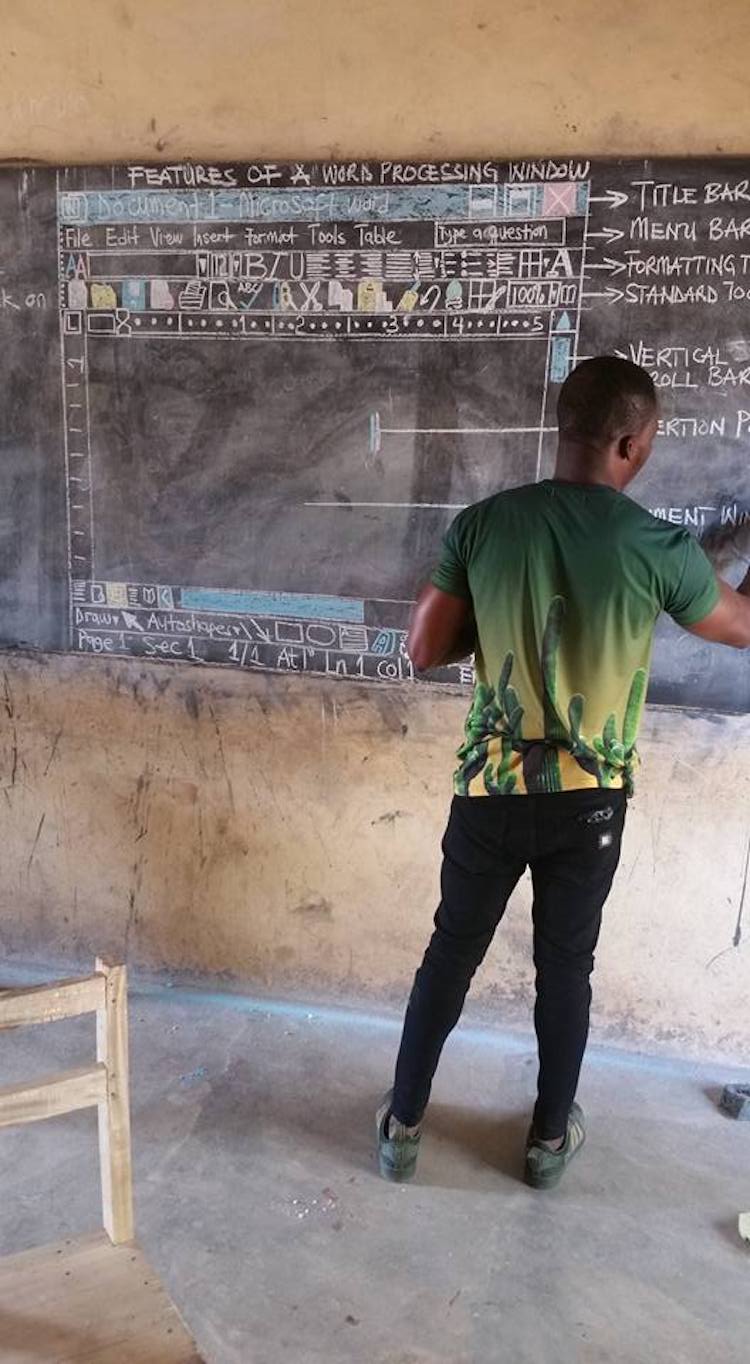 He's an instructor at a rural farm school where they lack the basic things necessary to teach a technology class. 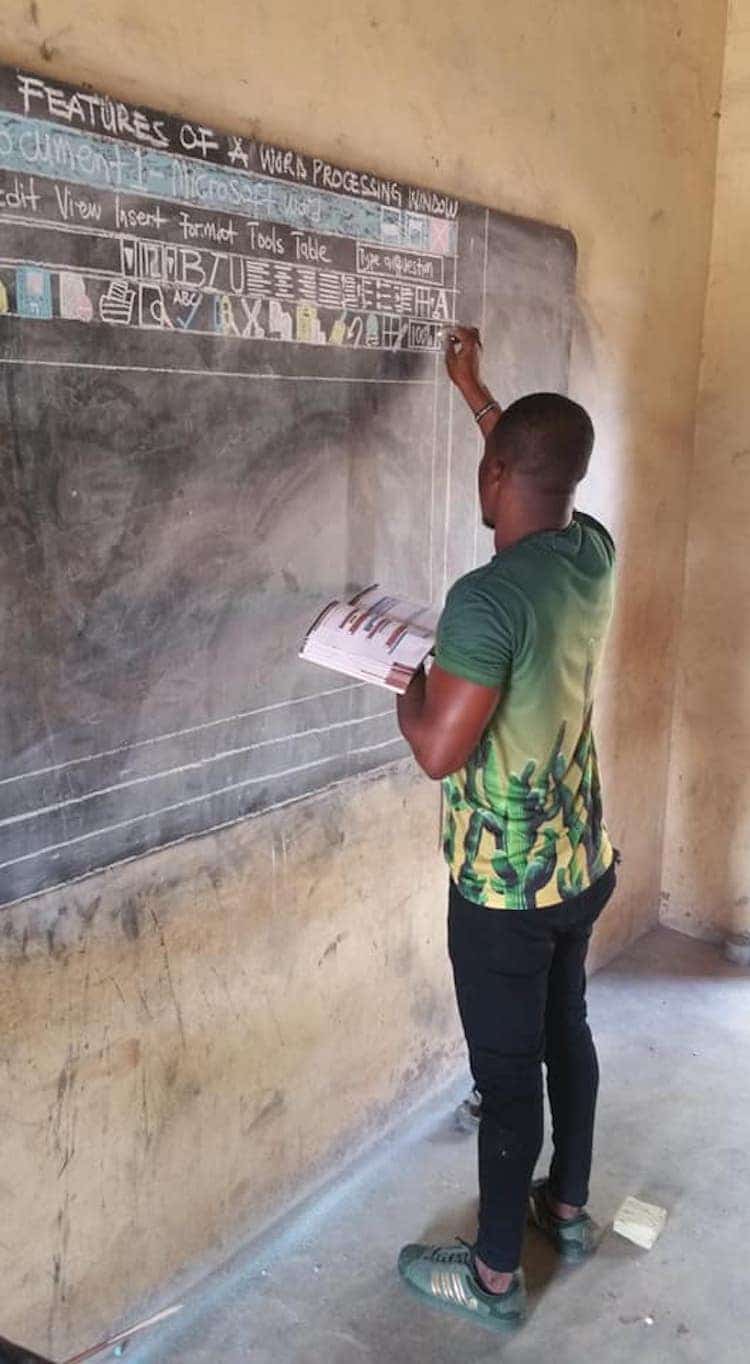 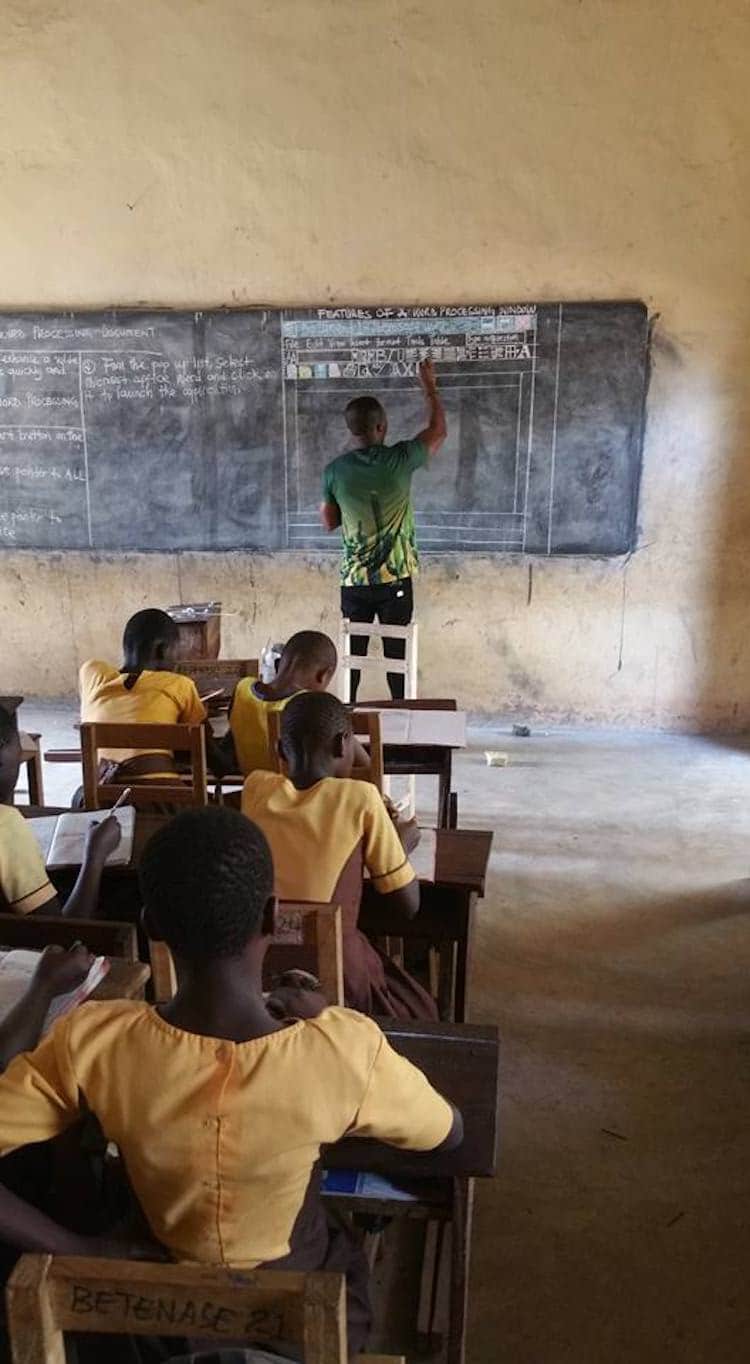 But that didn't stop that impactful teacher from showing his students how to use word processing software.

Since he posted the pictures on Facebook, his story has gone viral; Hottish has received donations from Microsoft and a computer repair company in Bloomington, Indiana. 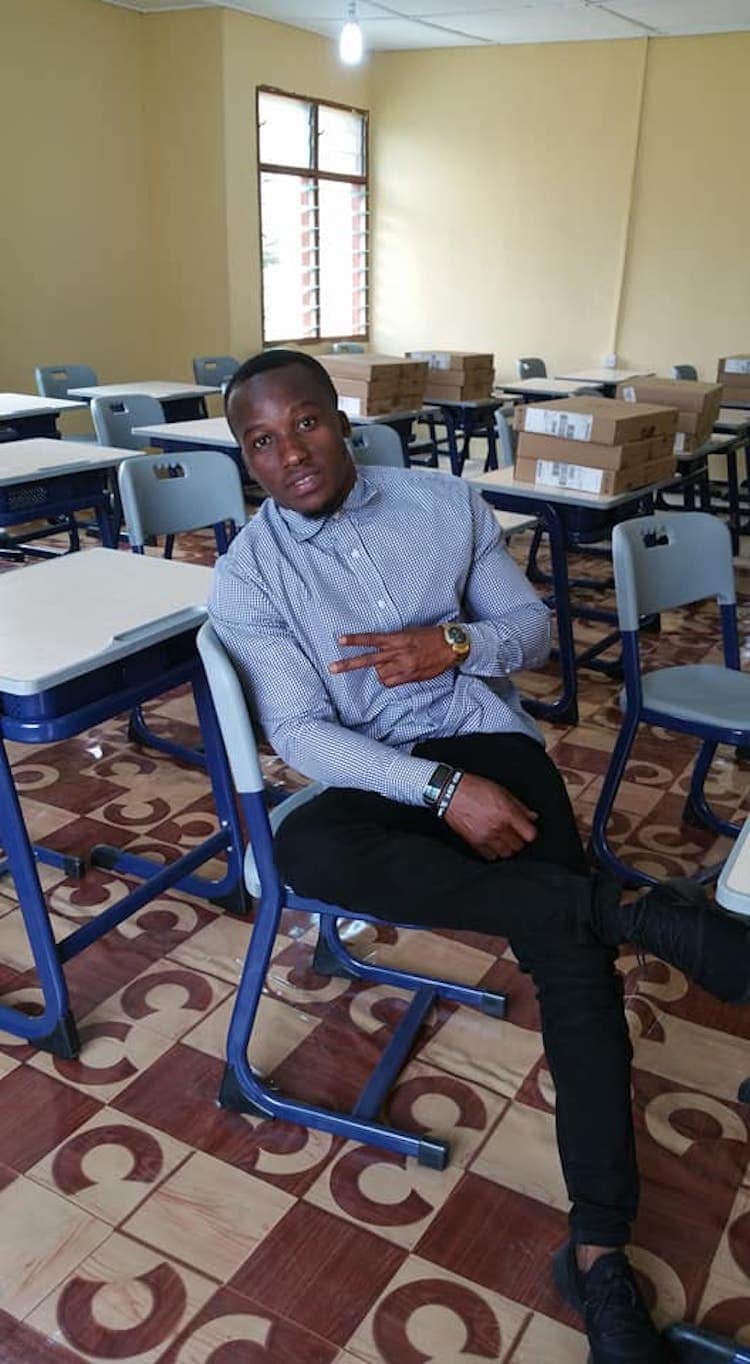 Now, the kids can learn by doing… on real laptops. 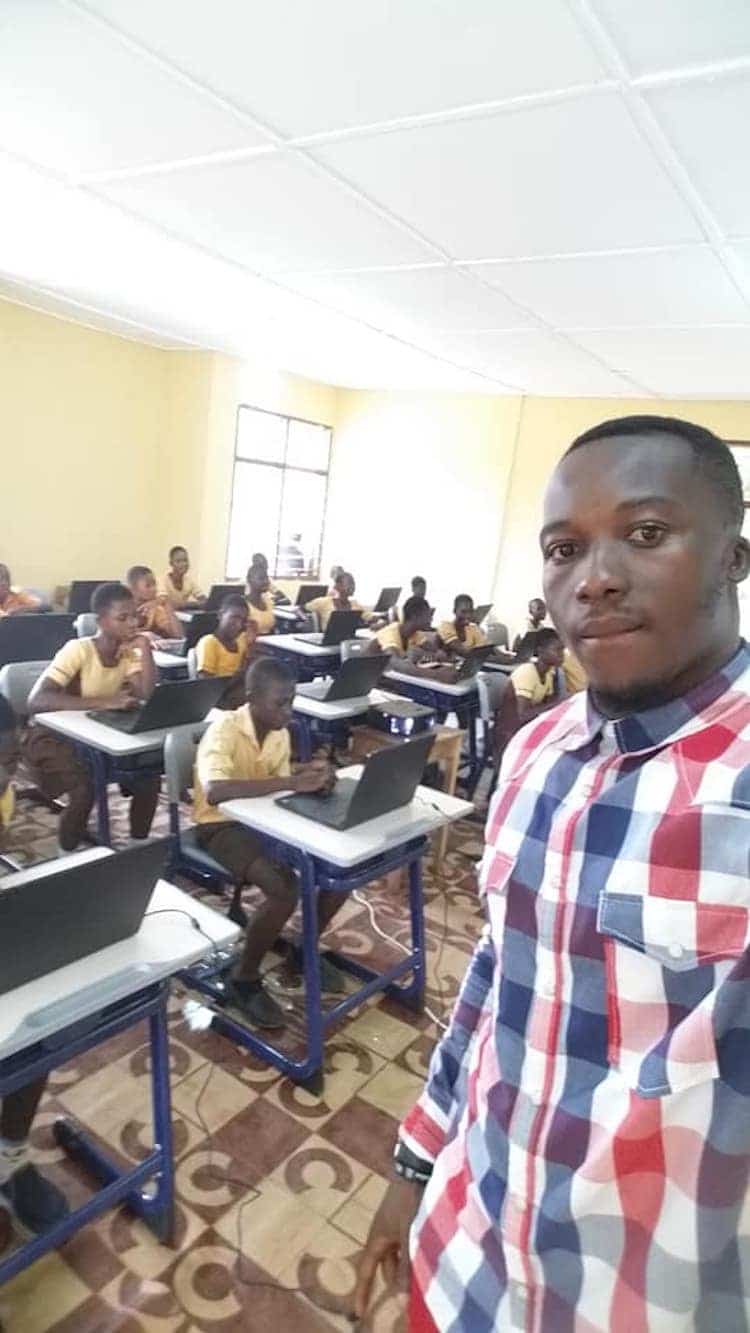 My Modern Met granted permission to use photos by Owura Kwadwo Hottish.

19 Amazing Teachers Who Go Above and Beyond for Their Students