The Entire Known Universe Is Represented in One Incredible Image 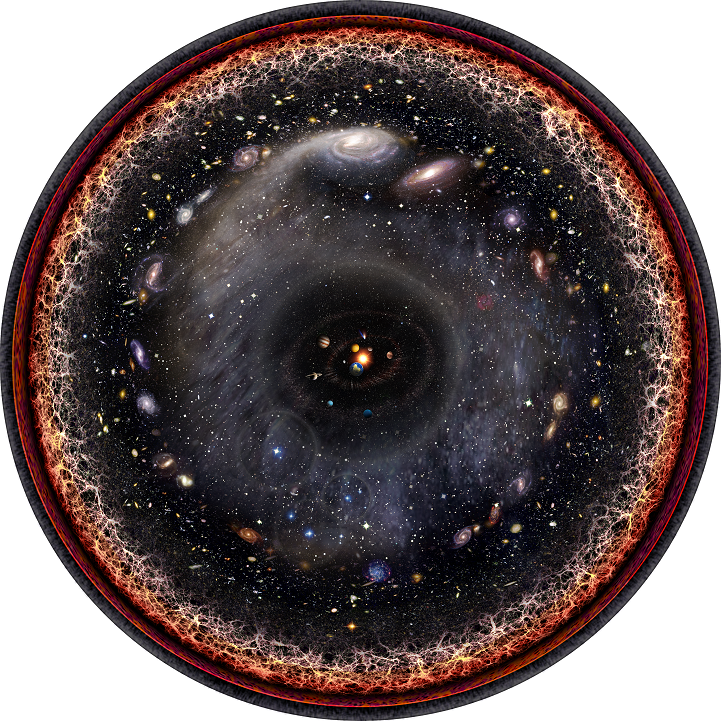 Trying to imagine the scope of the universe is something that seems beyond our abilities, let alone visualizing the entirety of the cosmos within a single image. However, South American musician and artist Pablo Carlos Budassi has been able to do just that, cramming the known universe into one astonishing field of view. By combining a number of logarithmic maps, created by Princeton, with images sourced from NASA satellites and rovers, Budassi has pieced together a stunning image that places the observable universe onto a single disc.

Logarithmic maps allow the visualization of extremely large areas because each step along the axis increases by a factor of 10. So, objects in the middle of the map are shown on a much larger scale than at the edges, and the further you travel from the the centre of the circle, the larger the difference is between distances. Budassi was struck with the idea for this concept after toying with hexaflexagons at his son's birthday, drawing views of the cosmos and solar system, which eventually led to the creation of this mind-blowing image.

The staggering map places the sun and our solar system at the centre, with the rest of the cosmos spiralling outwards. Features include the Milky Way Galaxy, the Perseus arm, other nearby galaxies such as Andromeda, and the rest of the cosmic web. The circular image closes off with a ring of cosmic microwave background radiation left over from the Big Bang, as well as a halo of plasma, also generated by the Big Bang. 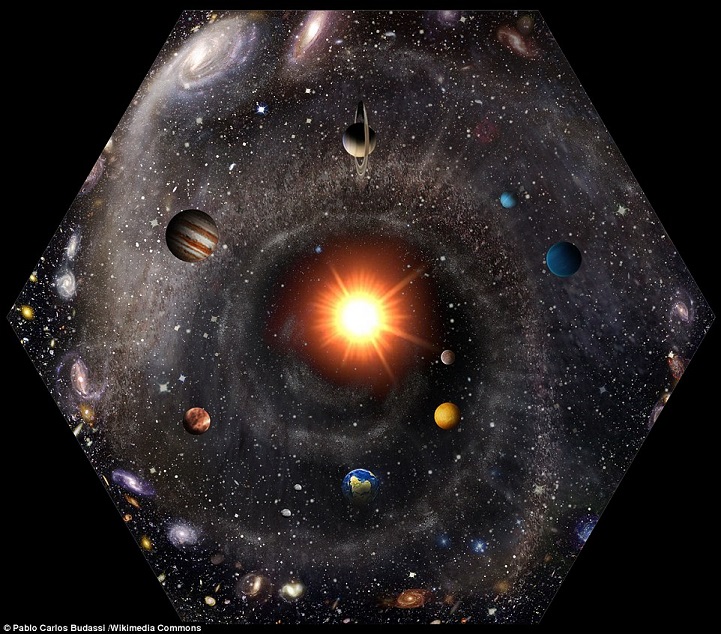