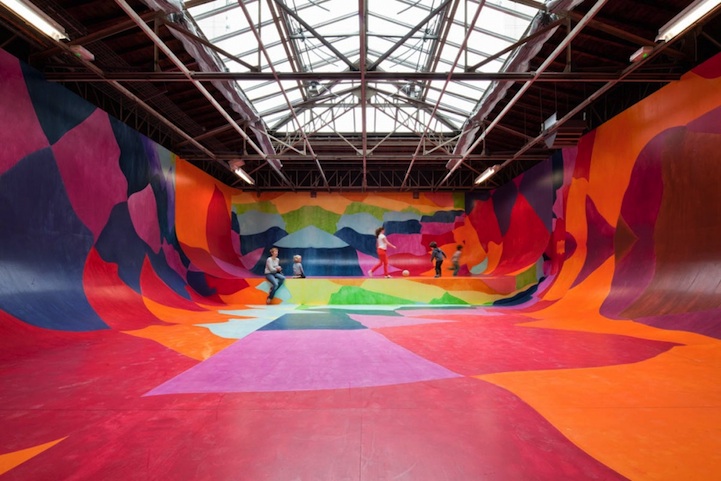 Comic book stained glass windows and a colorful skateboard ramp space? Last April, Paris' Palais de Tokyo reopened its doors after spending an astounding $26 million during 10 months of renovations. Now the largest contemporary art center in Europe, the museum has four levels and is as big as three soccer fields. With so much space, they've creatively let the building itself become part of the art. For 12 to 18 month stints, artists are invited to actually paint or construct their works right onto the building's windows, stairways and even signs.

Said British artist Oliver Beer, “It's such a bold and dynamic thing. You can't just come and hang your art up. The building actually provokes the art. You have to weave your art on in. Sometimes the building will win, sometimes the artist. That's the interest.”

They're called Interventions on the Building and two of the most exciting ones you can see right now are Ulla von Brandenburg's Death of a King and Christian Marclay's Seven Windows. Until March 31, Brandenburg takes over the museum's central space or agora, right under a skylight. Her rainbow-hued painting resembles a colored, pleated curtain that curiously covers, not just the walls, but extends down to the floor. The geometric shapes are diamonds and their patchwork display creates a psychedelic experience, leading us to a world where the king is dead and everyone is equal.

In Swiss-American artist Christian Marclay's installation, on display until March 31, seven long windows that look onto the street have been taken over by Gothic-like stained glass, comic strip collages. They're actually translucent vinyl print, which Marclay has used for the first time. Comic book phrases we all recognize like “Kaboom,” “Whoosh”, and “Crash” create a fantastically fun display that many have said is easily the highlight right now out of all of the current art interventions. 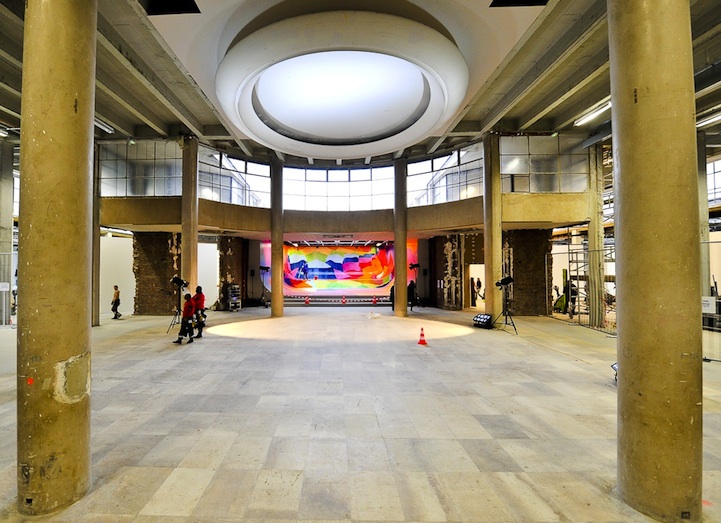 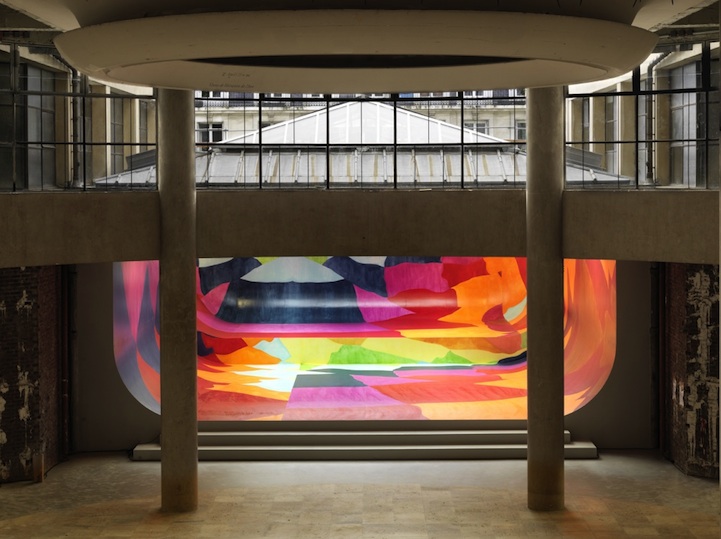 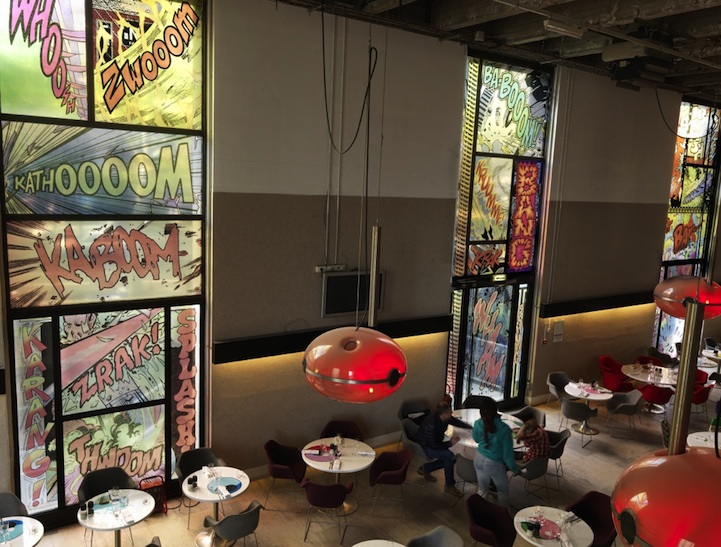 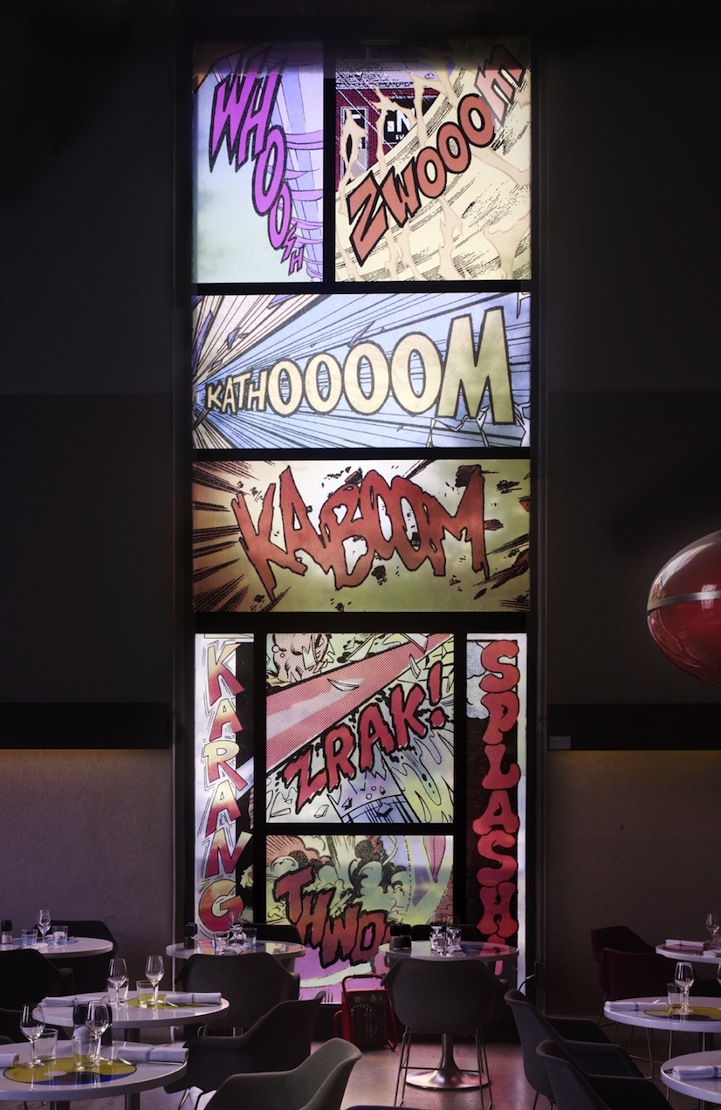 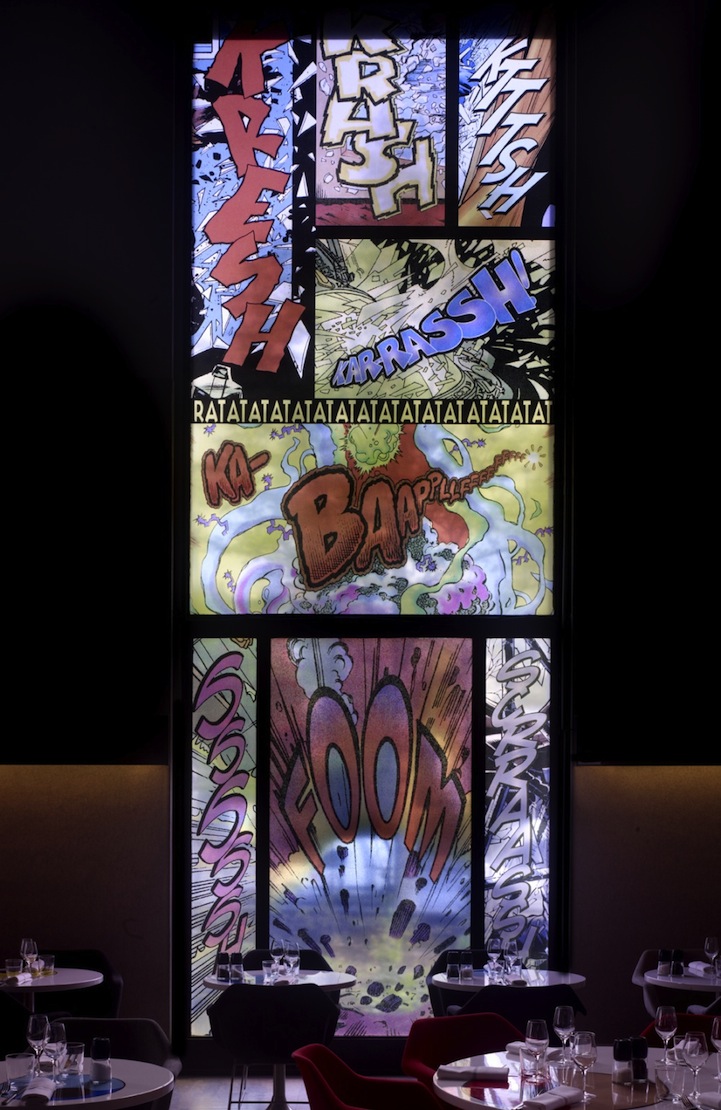 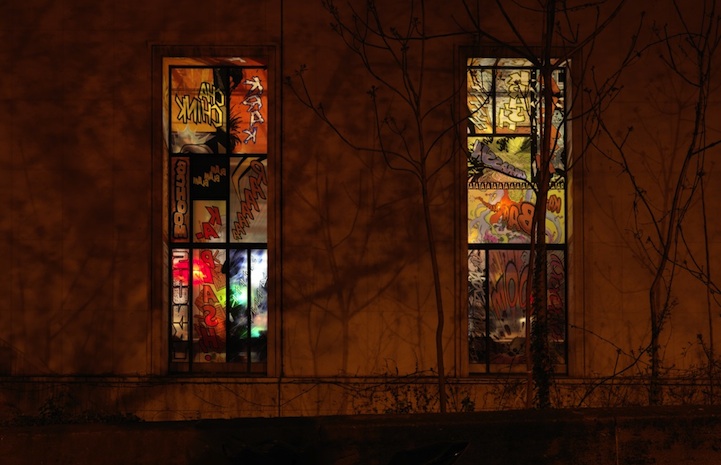 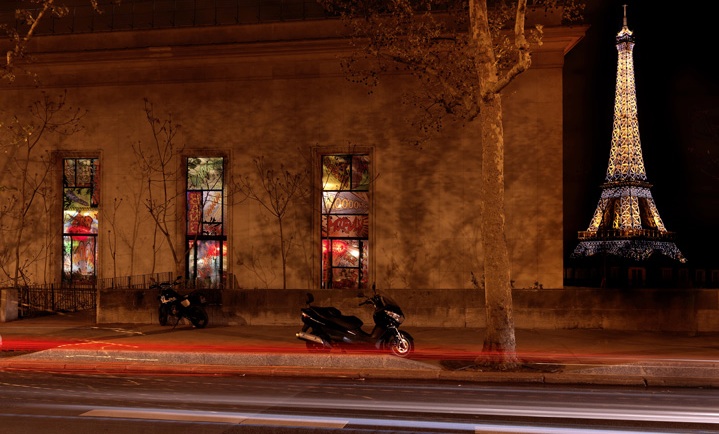