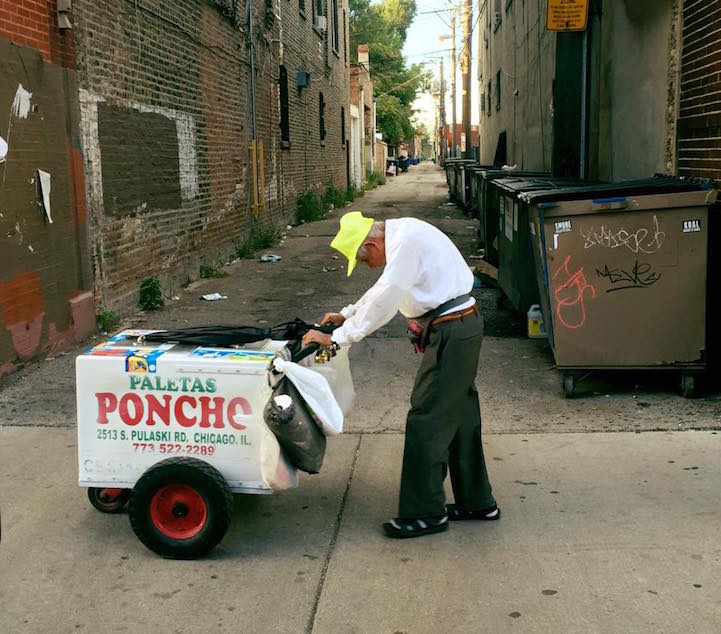 A picture can speak a thousand words and, in this particular case, spark a fundraiser for thousands of dollars. Restaurant owner Joel Macias was struck by the sight of an elderly man struggling to push his cart of paletas (Mexican fruit popsicles) up the hill of Chicago's 26th Street. He took a photo and posted it online with the caption “I respect this man to the fullest.” In just three days, Macias has raised over $250,000 for the 89-year-old vendor, Fidencio Sanchez.

“It broke my heart seeing this man that should be enjoying retirement still working at this age,” Macias wrote on a GoFundMe page he set up for Sanchez. “I had to pull over and took this picture. I then bought 20 paletas and gave him a $50 and said may God bless him and drove away.” After posting the photo on Facebook, he quickly learned that others had the same response. Many people whom Macias didn't know found their way to the post and asked how they could help the man—including a man named Joe Loera who suggested the GoFundMe.

The donations have flooded in for the last three days by over 7,000 people. When the fundraising page was set up, its goal was $3,000. Now over $250,000, Macias will continue to leave the page up for another week “because people still seem to be donating.” Loera wrote about the power of giving in an update on the page, “None of us know each other, but we all came together to help someone we all felt needed it. This is a true example of people showing love for one another and how we can together accomplish something beautiful and greater than ourselves.” 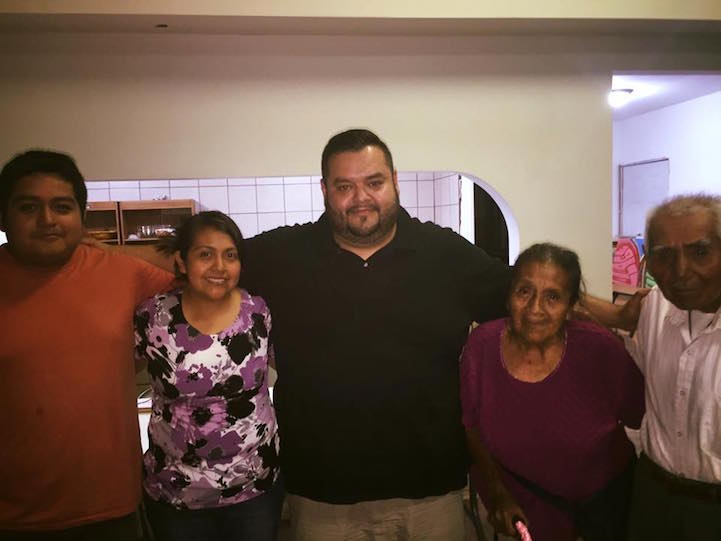 The media coverage and local news reporting was important in making the Sanchez family's story heard. On the campaign page, a woman who attends the same church as the Sanchez family wrote to say that Fidencio's only daughter had died last month. According to Chicago's WLS-TV, the need to pay bills and care for two grandsons forced Sanchez and his wife to work, despite their frail health. Macias' fundraiser was established to at least alleviate some of the stress, and perhaps even provide a day off.

Despite the helping hand from thousands of people, taking a day off isn't easy for someone with the determination and commitment of Sanchez. Gustavo Gutierrez, who provides the paleta cart to Sanchez, says to DNAinfo, “He's a really hardworking gentleman. He's always giving. He already got the advice from everybody to take it easy and stop doing it. He just doesn't want to. He's like a little kid. He wants to get going.”

All images via Joel Macias.