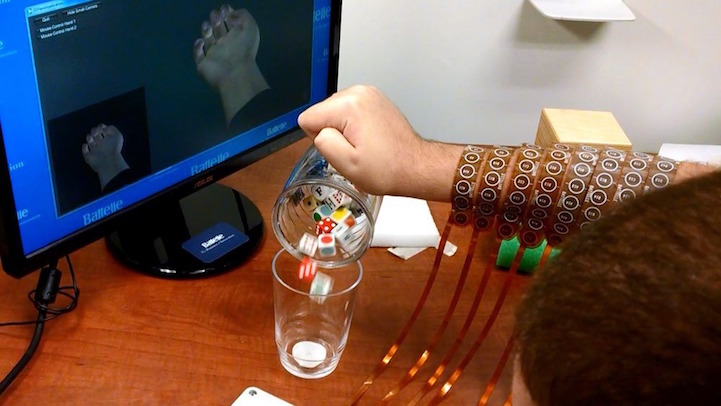 The loss of movement from paralysis is a devastating event that's often a lifelong burden. With amazing advances in medical technology, however, there's been a breakthrough for people suffering from this affliction. A study recently published in the journal Nature chronicles an incredible event–a man with paralysis is now able to move his hand again thanks to cutting-edge techniques.

Ian Burkhart, a 24-year-old from Ohio, was the first to receive this treatment. Five years ago, he became a quadriplegic from a swimming accident–he dove into a wave and went headfirst into a hidden sandbar, which broke his neck–and the traumatic event severed the neural connections between his brain and limbs, resulting in a type of paralysis that used to be incurable. But last October, surgeons at The Ohio State University successfully restored partial function to his hand by attaching the healthy nerves to damaged ones. Burkhart is now able to grasp objects using his own appendages. 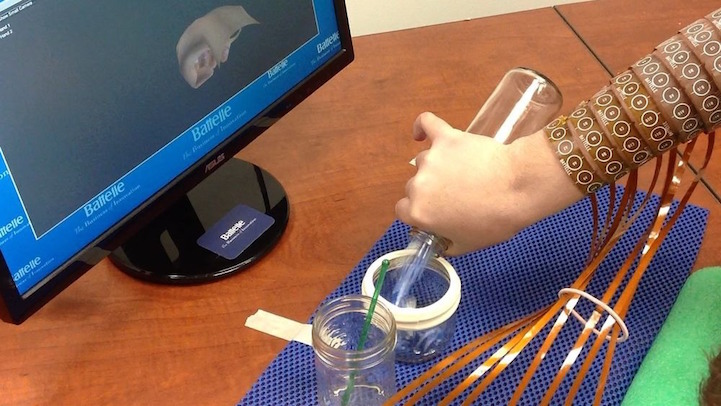 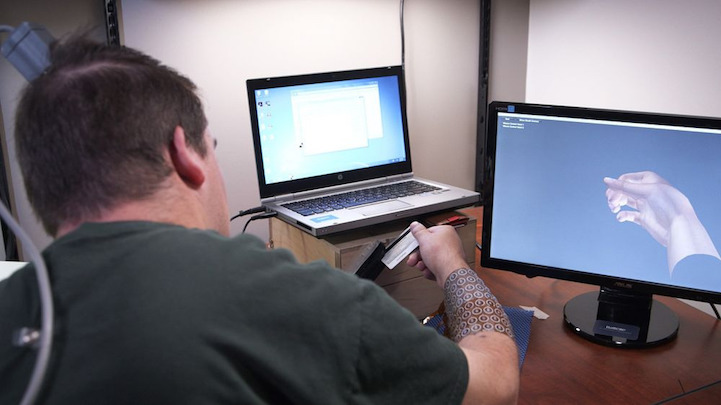 It was no small feat in developing Burkhart's treatment. A complex system called “neural bypass” features three major elements: a pea-sized chip implanted in the brain to receive signals from an array of electrodes; a computer algorithm that reads and interprets the signals; and a sleeve, featuring dozens of electrodes, that wraps around Burkhart's arm to stimulate muscle movement.

The first step was to implant the chip–called NeuroLife– into Burkhart's brain, but to do that, researchers had to figure out exactly where it would go. They had him imagine himself moving his hand and used functional MRI to measure and assess his brain activity.

The chip is connected by a cable that has a port on the top of Burkhart's head and runs through his sleeve. It's hooked up to a computer, with the idea that if he concentrates on a task–such as gripping a cup–brain signals are transmitted to the computer, interpreted by its algorithm, which then send signals to the electrode sleeve and enable his hand to move. Before this could happen, however, Burkhart spent time simply imagining himself using his limbs. It was about a month after the surgery that researchers tried out the system for the first time. 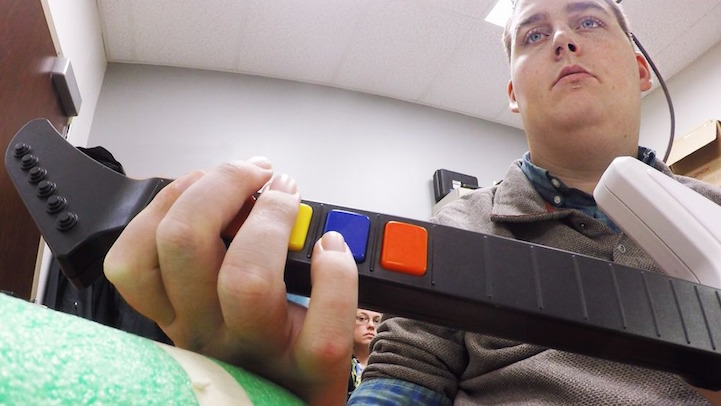 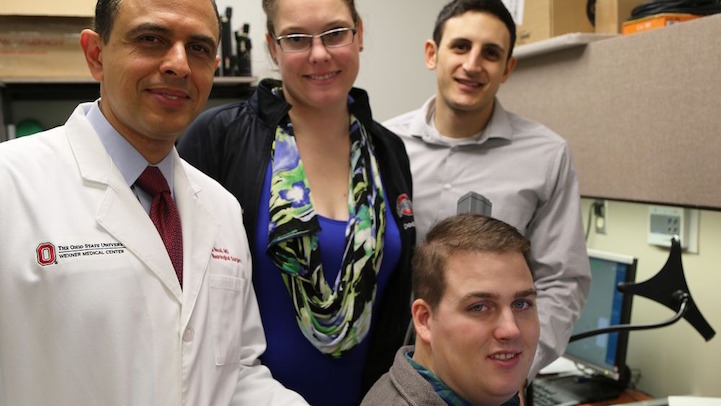 Burkhart, seated, with members of the research team. From left: Dr. Ali Rezai and Dr. Marcie Bockbrader of The Ohio State University Wexner Medical Center and Nick Annetta of Battelle.

After that initial movement, Burkhart had months of training sessions that reacquainted his brain with his arm. They also helped him to strengthen the atrophied muscles. After years of work, his hand and fingers can perform precision-based tasks, which are things we take advantage of every day: swiping a credit card, holding a cell phone, and picking up dining utensils. Burkhart can even play the video game Guitar Hero.

This cutting-edge approach has great potential for use in other procedures. “In the future, this could be used to help victims of stroke and those with brain damage,” study co-author Chad Bouton of the Feinstein Institute for Medical Research told IFLScience. “With this research, we've only seen the tip of the iceberg.”