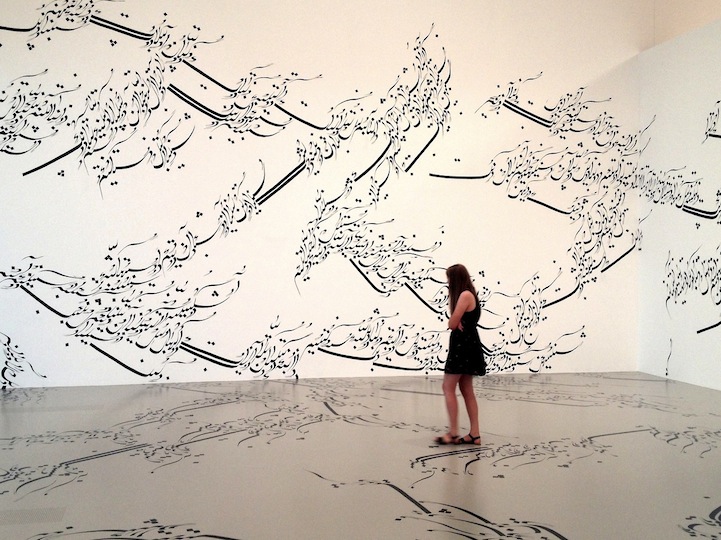 Germany-based Iranian artist Parastou Forouhar covers white walls and floors with black script in Farsi for her ongoing series known as Written Room. Each of her site-specific installations, which have been exhibited across the world since 1999, redefines an empty space with her decorative handwriting that is both visually pleasing, architecturally transformative, and deeply interpretive.

The melodic calligraphy that Forouhar applies across each surface complements the bare finish of each interior, resulting in an elegant display. Despite being decipherable text in the Middle East (by those who can read Farsi), the script is foreign to the Western culture the artist herself has assimilated into. The project states: “The writing is also strange, if not alien, because it is illegible for Western visitors – as an ‘incomprehensible' text it becomes a pure ornament. In defying attempts by Western visitors to assign it meaning, the script remains locked into its irreducible pictorial graphicness and indissoluble representation.”

Forouhar goes on to say, “It's got a lot to do with me as an immigrant trying to redefine the space for myself, but also dealing with the situation that my mother tongue loses its function in everyday life … it becomes a memory, it becomes a kind of ambiguity between sadness and injury and open to other kinds of perceptions.” She adds, “I feel at home in Germany but, at the same time, not. I feel at home in Iran and then not. What I'm doing with my art is just cultivating this space in between.” 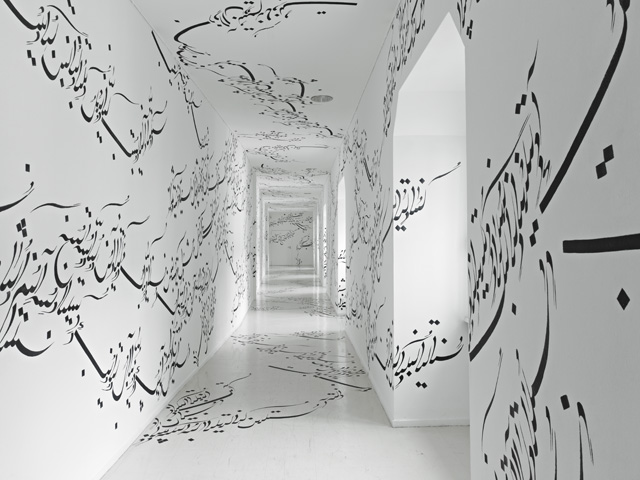 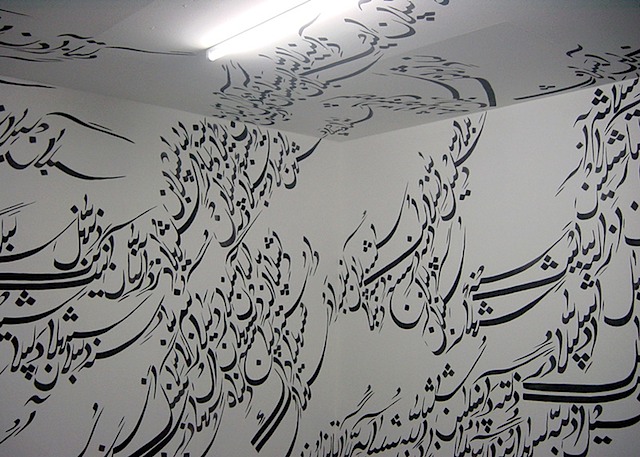 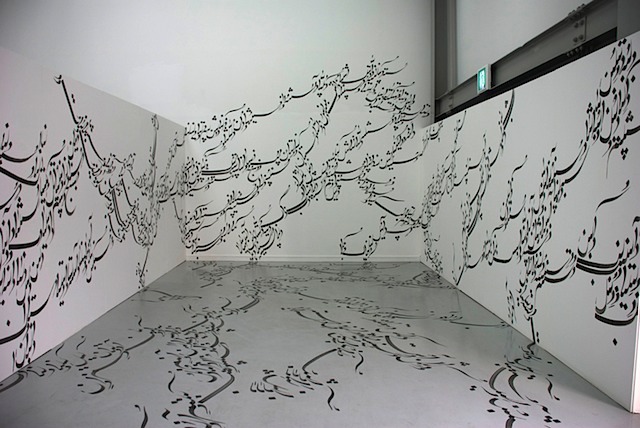 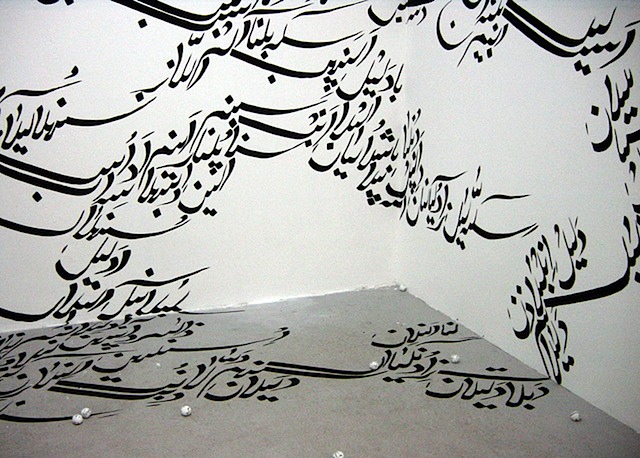 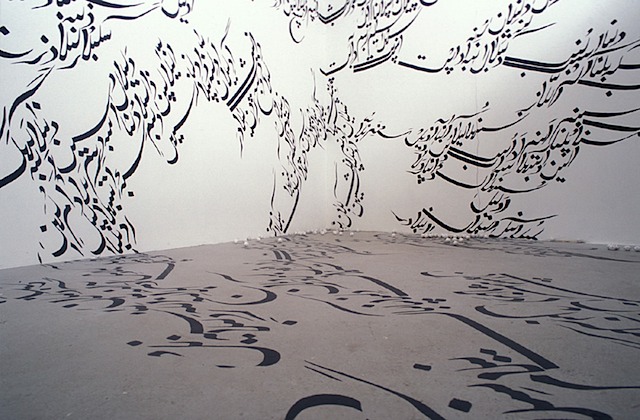 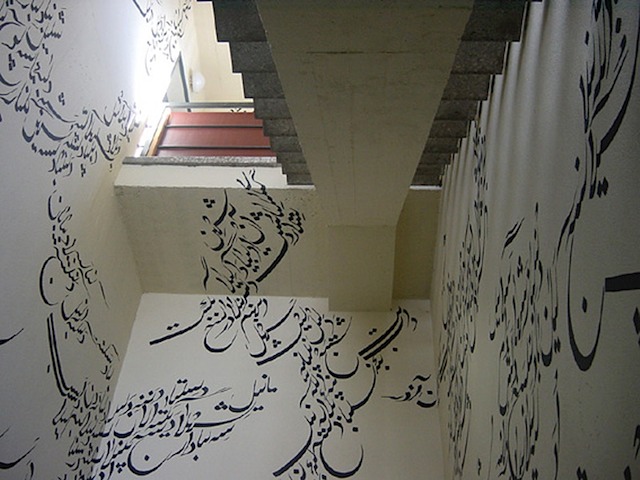 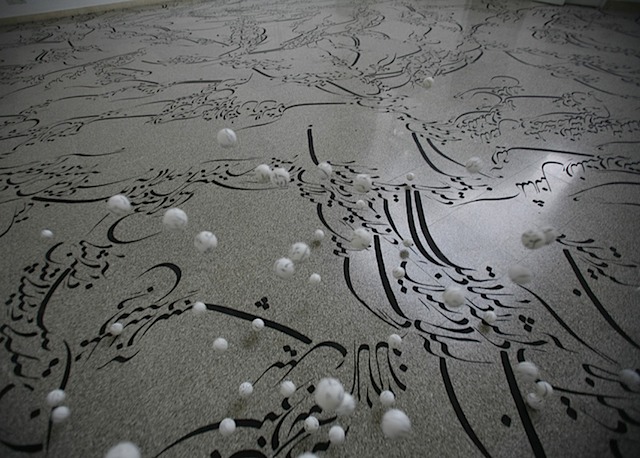 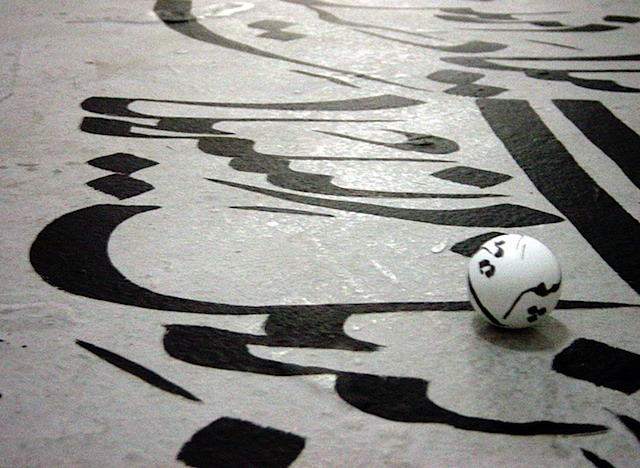 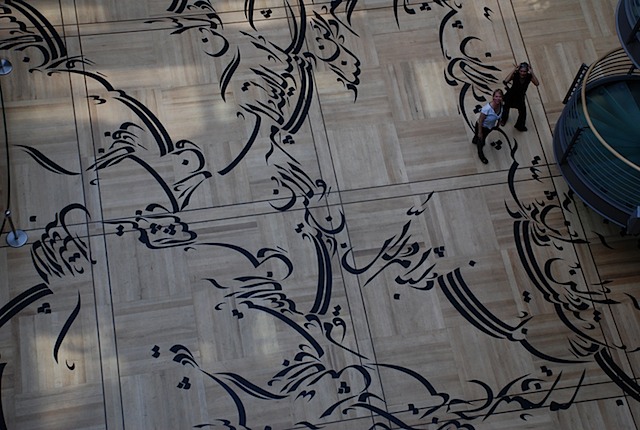