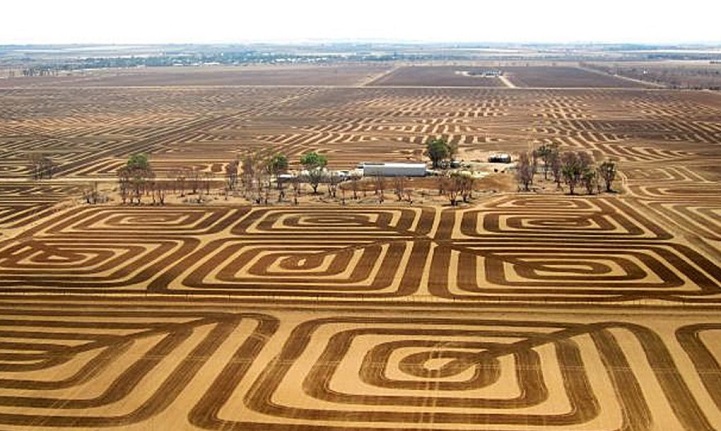 As cool as technological advancements in the agricultural world are, sometimes it is pretty awesome to see generation-old wisdom successfully implemented. After a bushfire swept through his land in south Australia, farmer Brian Fischer came up with a creative solution to combat soil erosion, transforming his land into a giant geometric patchwork. He reports that the idea for his unusual method (that is now saving him valuable topsoil) has been passed down for generations in his family, from as far back as 1944, though the origins of the method before his family learned about it are unknown.

Fischer's intricate web sits in a field at Ashmore White Suffolk Stud, just north of Adelaide. The hypnotic design may look like crop art but is actually the farmer's inventive response to the conservation of his soil. With much of the area's vegetation wiped out in the fires, Fischer's fields were unprotected and susceptible to soil erosion from gusting winds.These simple geometric furrows are just high enough to prevent further damage and erosion.

The clever ridges took several days for Fischer to plow into his fields, however they are now saving him 15cm (about 6 inches) of topsoil and attracting attention from local press. The innovative farmer also acted as his own photographer, capturing these shots from his son's airplane and showing that art and agriculture can sometimes go hand in hand. 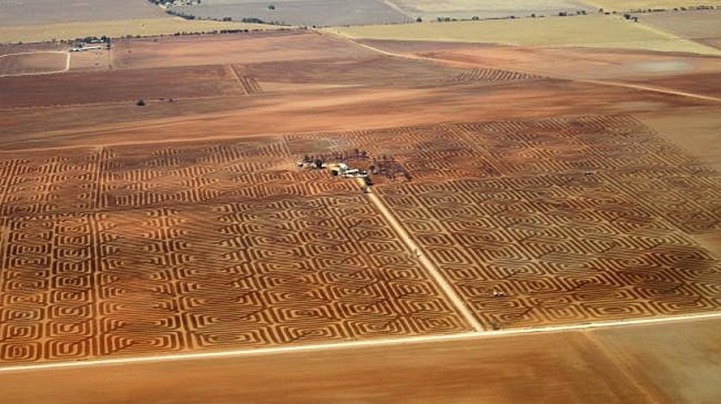