Hilarious Photo Series Explains How to Make a Baby 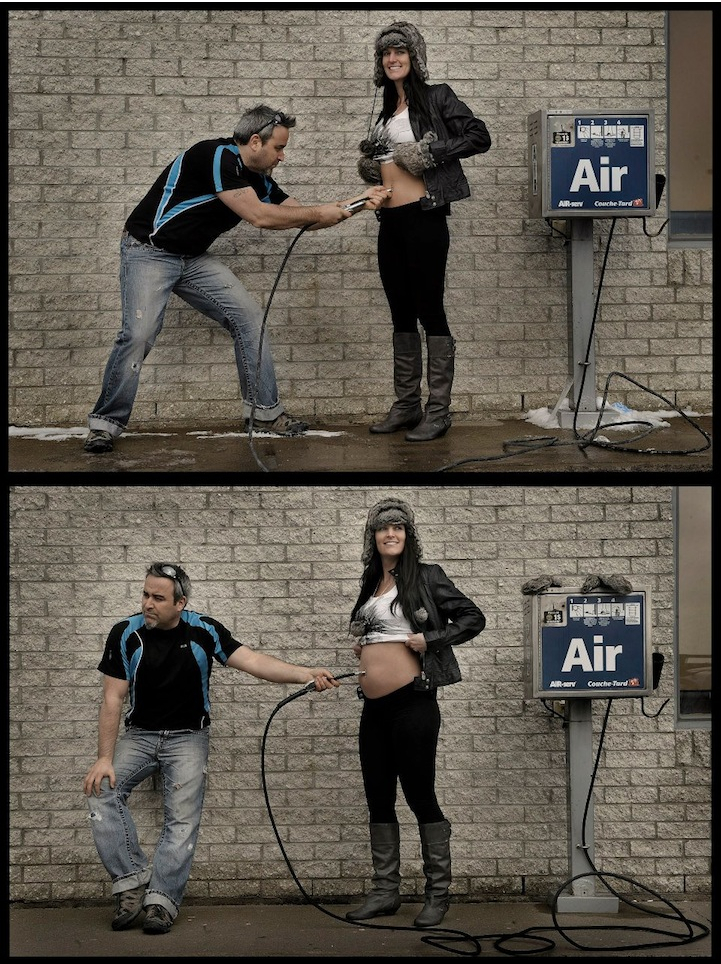 If you were ever wondering how a baby is formed, Quebec-based photographer Patrice Laroche has created a easy-to-follow, almost instructional, series of photos. Of course, it's only a joke! Laroche and the soon-to-be-mother of his child, Sandra Denis, found a humorous and creative way to share their joyous journey into parenthood with friends and family.

The couple proudly presents a carefully plotted 9-month long process as Denis' belly swelled, leaving the pregnant woman to strip with the changing seasons. While some people on reddit are critical of minor continuity issues like the disappearance of the father-to-be's sunglasses between the third and fourth frame, we've got to give it up to these diligent parents. They've managed to create a fun and entertaining series to put a smile on our faces while uniquely celebrating the birth of their beautiful daughter, Justine.