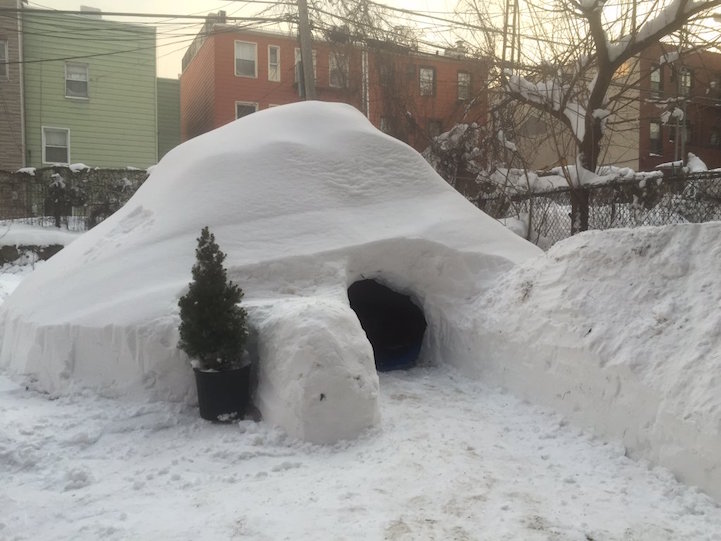 While most New Yorkers were watching Winter Storm Jonas from indoors, Brooklyn art director Patrick Horton and his roommates decided to embark on a creative business venture. They journeyed outside, used the mounds of snow in their neighborhood and over six hours of their time to construct an igloo, and then decided to list the “Boutique Winter Igloo for 2” on Airbnb. For $200 a night, Horton was willing to rent out his 4.5-feet-high igloo, which he humorously described as follows: “Dripping with ingenuity and alt-lifestyle aura lays the Snopocalypse of 2016's most desirable getaway. Hand-crafted, and built using only natural elements–we're offering the experience of a lifetime in this chic dome-style bungalow for you and bae.” A blanket, pillows, and a light source were included inside, while a tiny pine tree was added as decoration to the exterior.

For several hours, the Airbnb listing was live and Horton actually received five responses from people who were interested in his igloo. However, Airbnb soon saw the post and the company's Trust and Safety Team took down the listing. In an e-mail, a spokesperson wrote, “We are happy to see that you guys are staying busy and having fun during Blizpocalypse. Unfortunately, your igloo, while very well constructed, has failed to meet our occupancy standards and has been removed from search results. Be sure to pick a place with running water, electricity, and a roof that doesn't melt.”

While no profits were made from this “boutique winter igloo,” Horton did get to take a cozy (albeit cold) nap inside the structure. 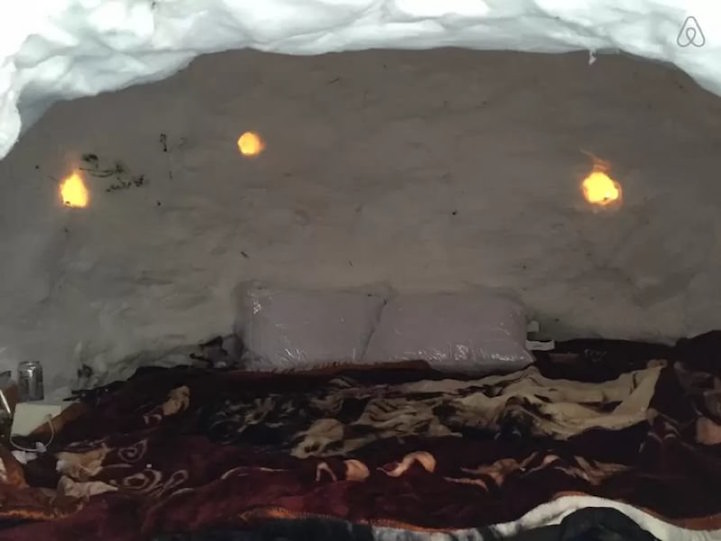 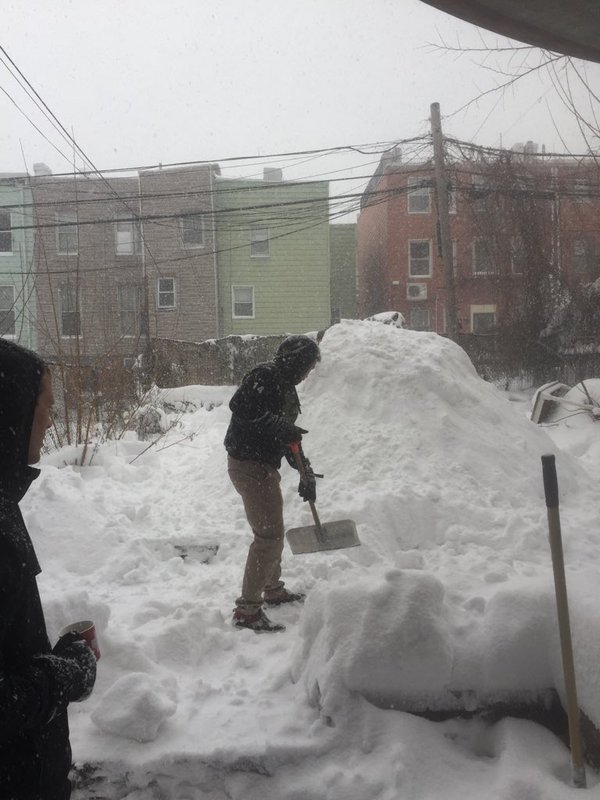 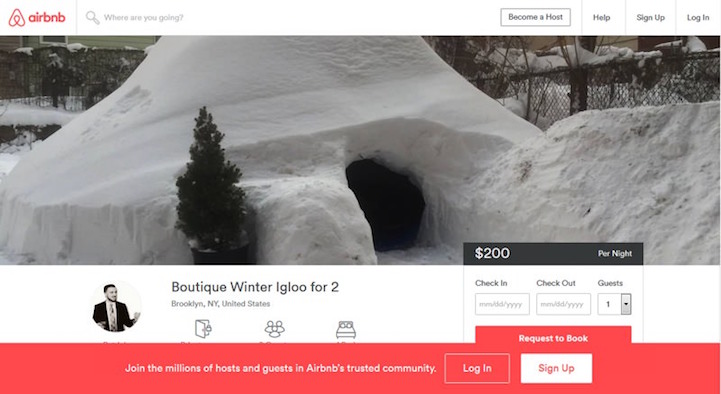 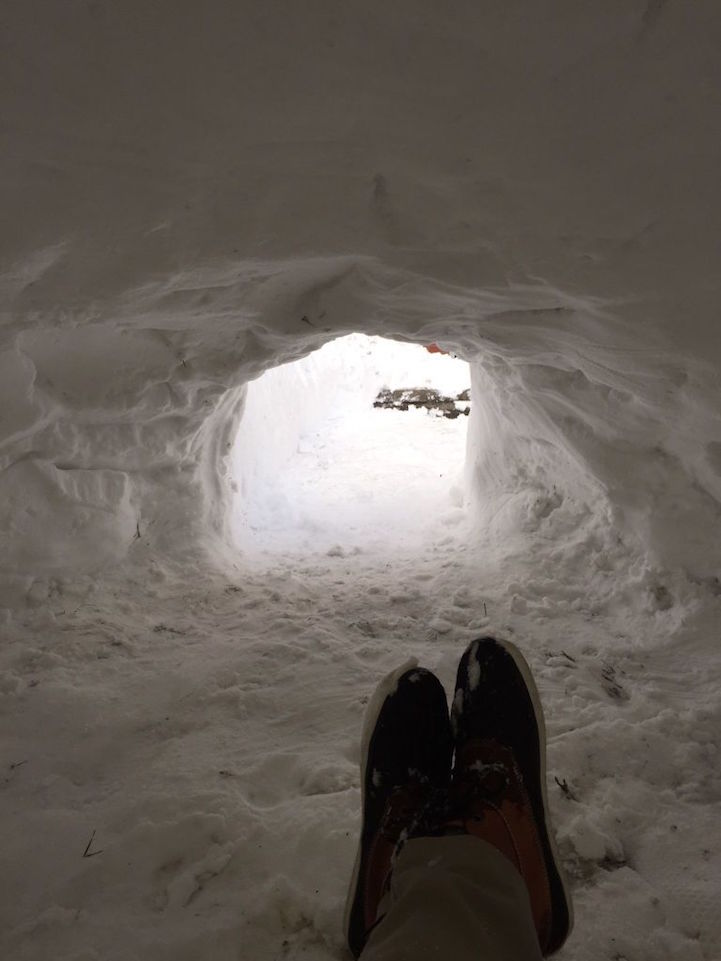