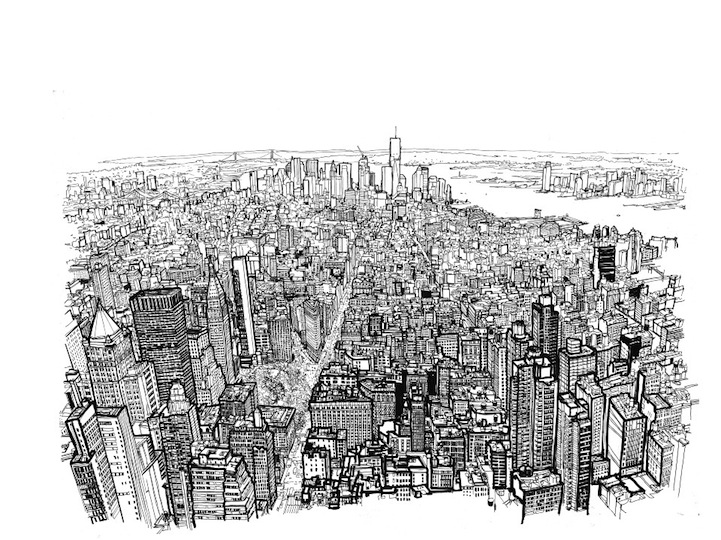 New York City is one of the busiest and most frequently visited cities in the world. London-based architectural illustrator Patrick Vale decided to capture the essence of this awe-inspiring city in a complex illustration entitled Empire State of Pen. Drawing from the perspective of the Empire State Building, Vale took time across five days to develop an intricate representation of Lower Manhattan from a bird's eye view. He definitely didn't skimp on the details, either, as he included thousands of tiny windows, ledges, and balconies across the sky.

Through this unique perspective, Vale brings new life to an already recognizable city skyline. Facing south, the drawing features the partially constructed One World Trade Center, the triangular Flat Iron Building, and far off in the distance, the Brooklyn and Verrazano Bridges connect the city to the outside world.

As viewers watch the time-lapse video below, the buildings magically grow across the page in quick time. The speed of the video and the high energy of the music–Moanin' by Charles Mingus–give off the vibes that you might experience as you walk among the buildings, engulfed by the bustling city, and along the crowded city streets of New York. 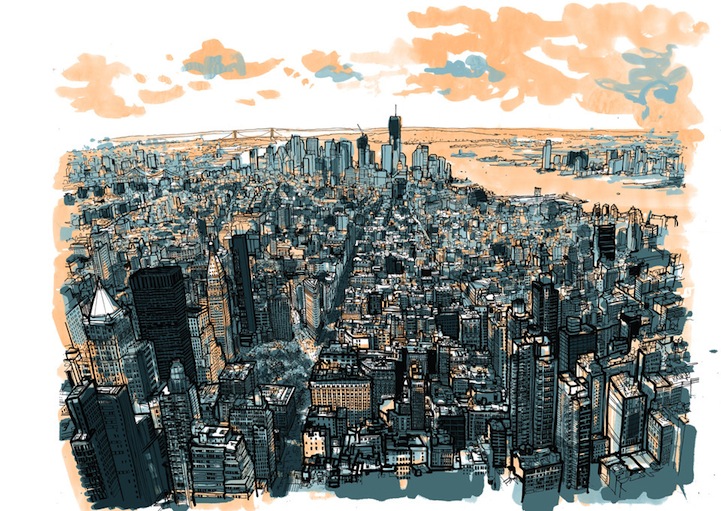 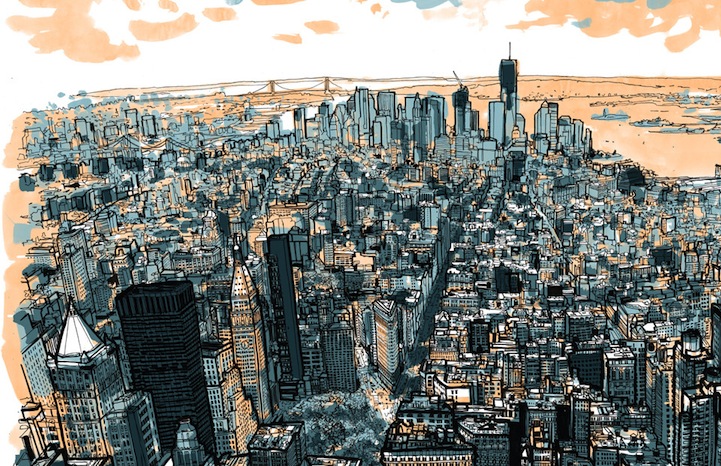 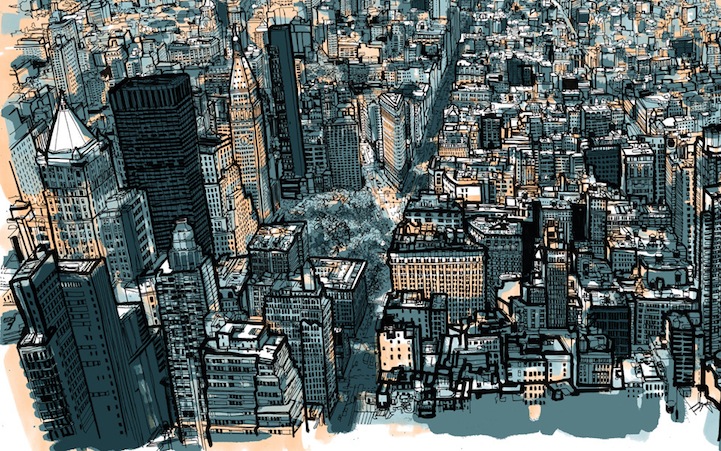 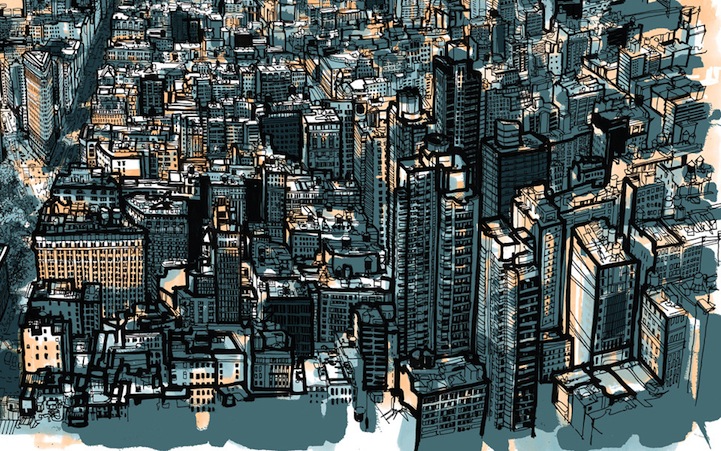 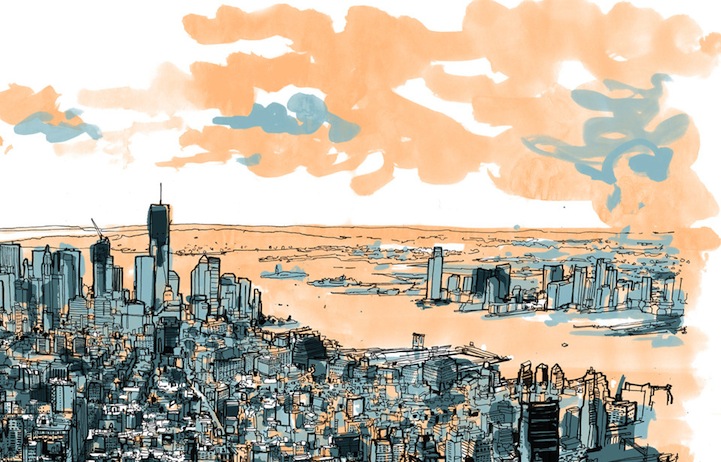