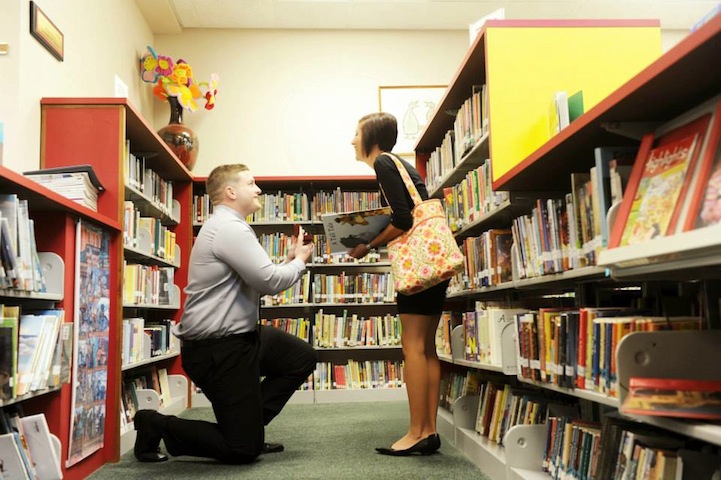 In an age of digital media and flash mobs, one hopeful husband-to-be opted to propose to his girlfriend through a custom-made children's book. Paul Phillips, aka ppaul9, planned weeks in advance to propose to his girlfriend Erika Ramos in a romantically creative way. He scoured the web for an illustrator to help him create a children's book telling the tale of their loving relationship. He finally teamed up with Nashville-based illustrator Yoni Limor.

After receiving pictures and getting to know Paul and Erika (from what Paul told him), Limor learned that the couple enjoyed visiting the zoo together and settled on creating a gorilla and giraffe to represent them, respectively. Once the illustrations were complete with Paul's own written story, the book titled A Tall Tale was printed and it was only a matter of time before the big day arrived to pop the question. Though, Paul's planning didn't end there. He still had to surprise Erika and document the moment.

The thoughtful man in love planned a romantic evening for his girlfriend, telling her he wanted to “wine and dine” her but needed to drop by the library first to return some books. (He had cleverly taken out some books the week before so they would be forced to return them before dinner.) He also hired photographer Laura Ingram in advance and ran through their plan together for her to sneakily catch the moment when Erika would find the book and Paul would get down on one knee.

He recalls, “The photographer was looking at books when we walked in and hid her camera. When we started reading, she crawled on her hands and knees on the floor and crept behind book shelves to get the pictures without her noticing.” Ultimately, Paul proposed, it was all captured in photos, and she said YES! Even though it cost him nearly $1,000 to illustrate the book and print 10 copies, he admits, “Well worth it, if you ask me. It is a memory we will never forget.” 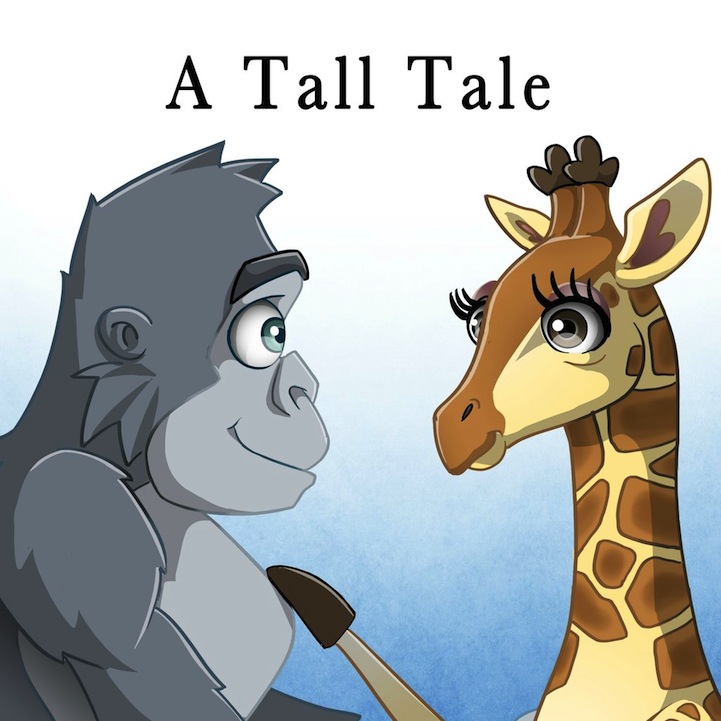 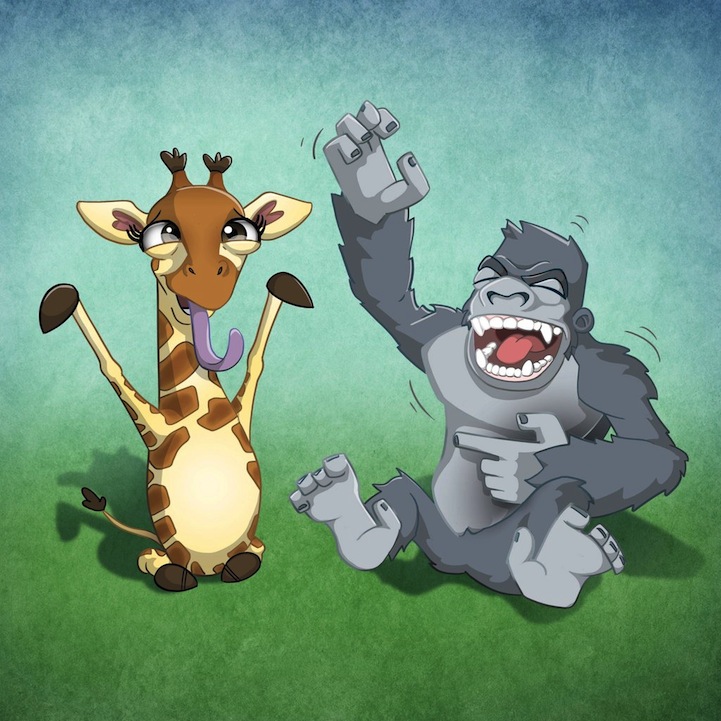 There once was a gorilla
That fell for a giraffe.
She surprised him by how much
She could make him laugh. 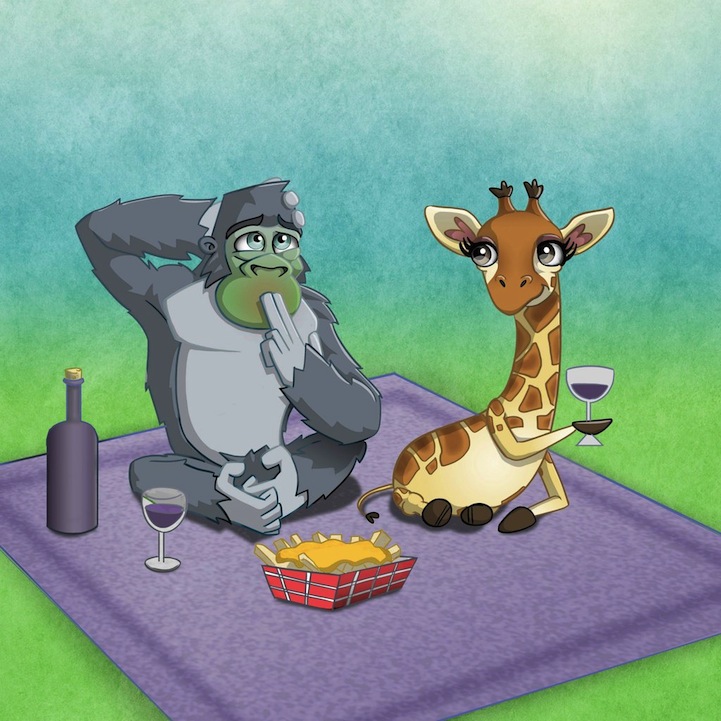 The two, you see,
Were from different worlds
Their first date, so nervous,
He'd certainly hurl. 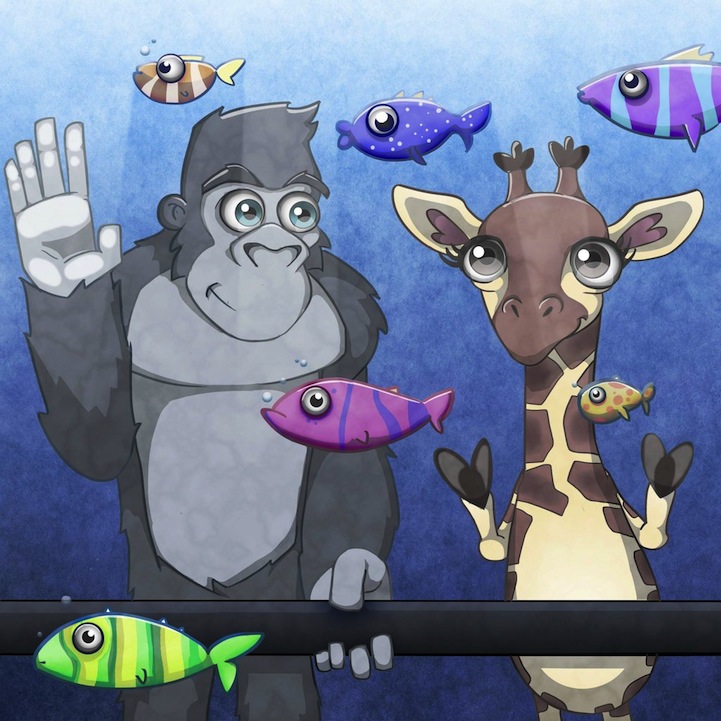 In spite of their differences,
It was love at first sight.
His feelings grew quickly,
His heart took to flight. 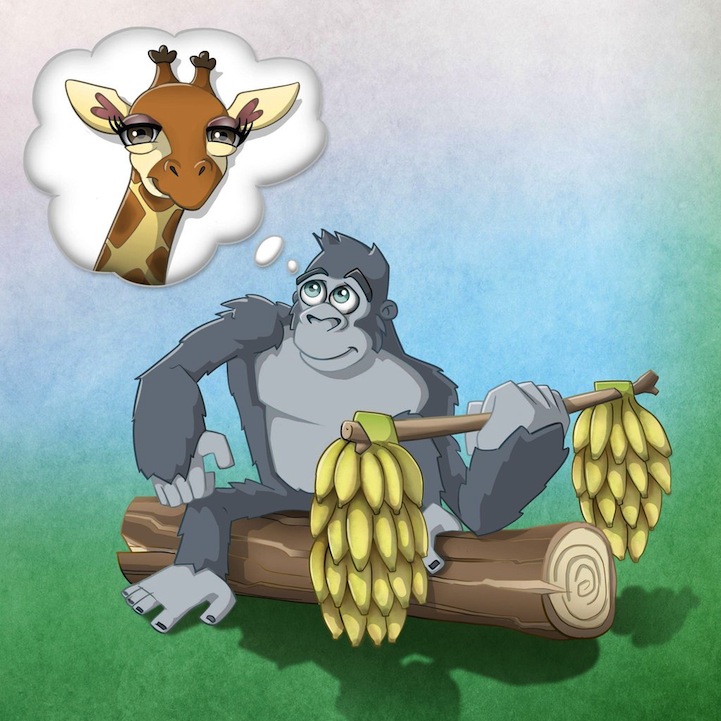 The gorilla, his life,
Unpolished and scattered
Now refined and focused
On those things that matter. 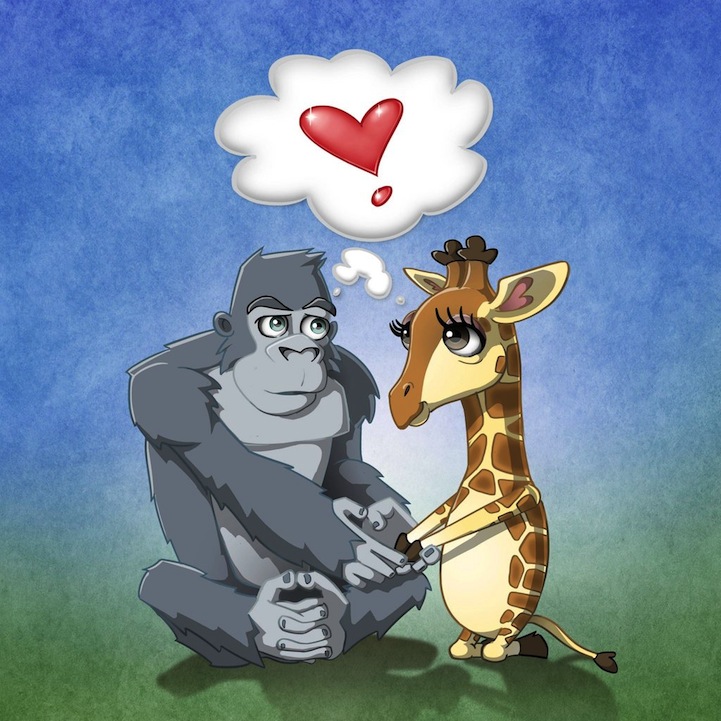 There were simply no words
For how lucky he'd gotten.
Without her by his side
Life would surely be rotten. 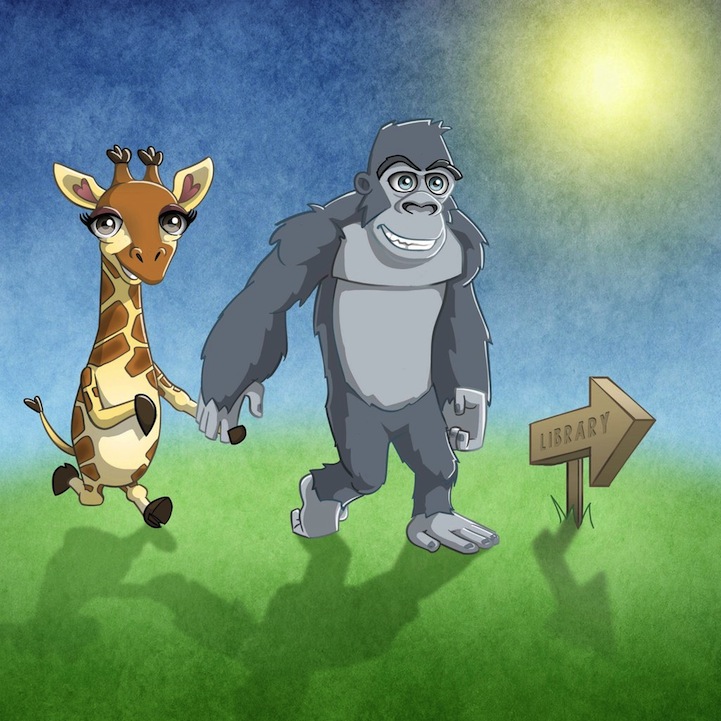 It's hard to believe
Just how happy they were.
He could not imagine
Even one day without her. 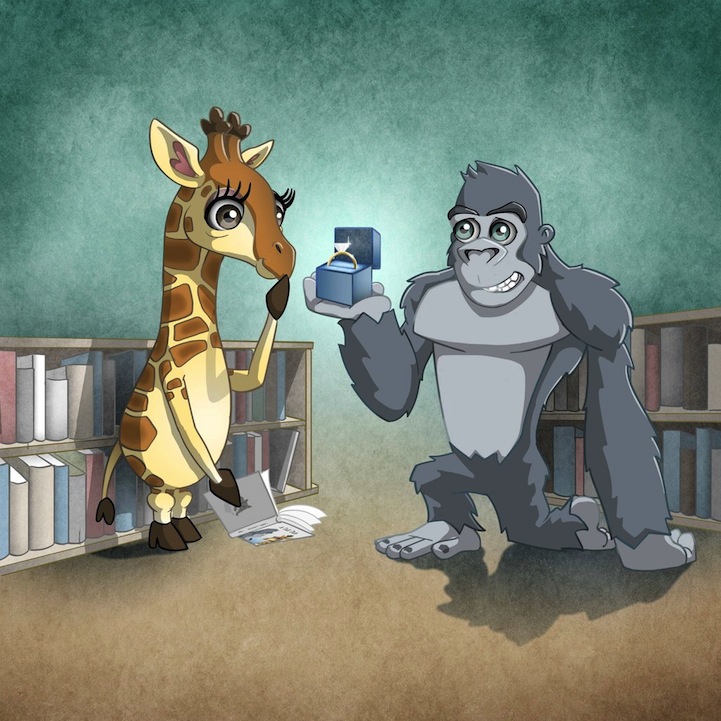 So he got on one knee
And uttered the plea:
“My dearest giraffe,
Will you marry me?” 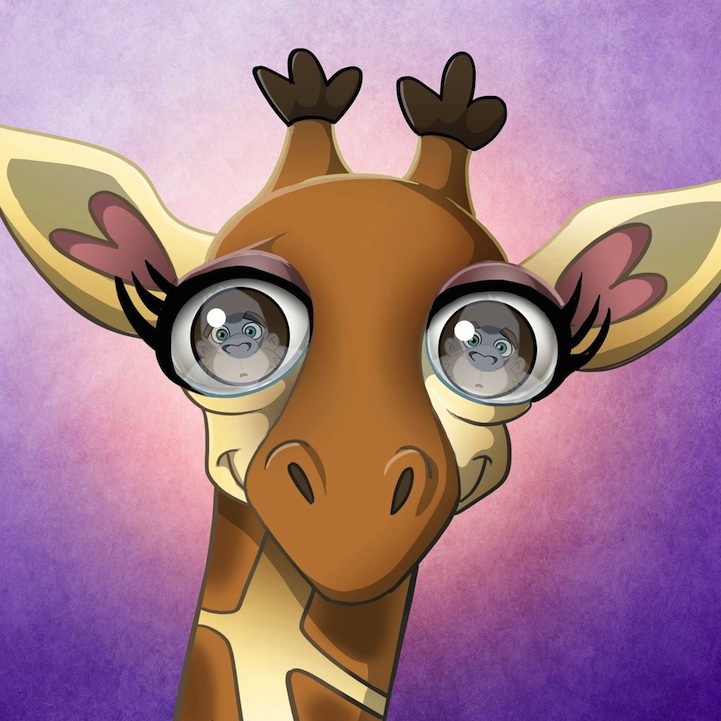 He felt his heart beating
Right out of his chest.
He could do nothing but wait
And hope she'd say YES. 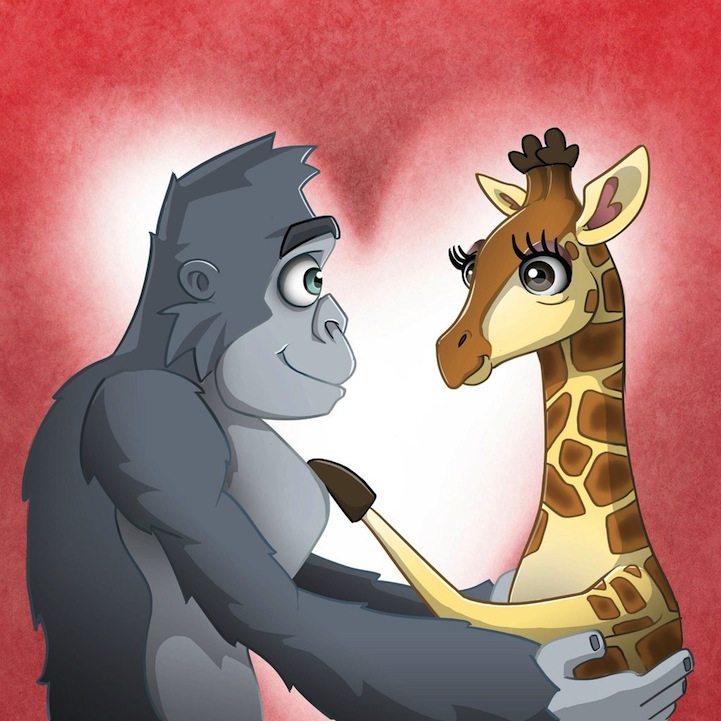 When she finally answered
He could not stop grinning
Because he knew, in his heart,
This was just The Beginning! 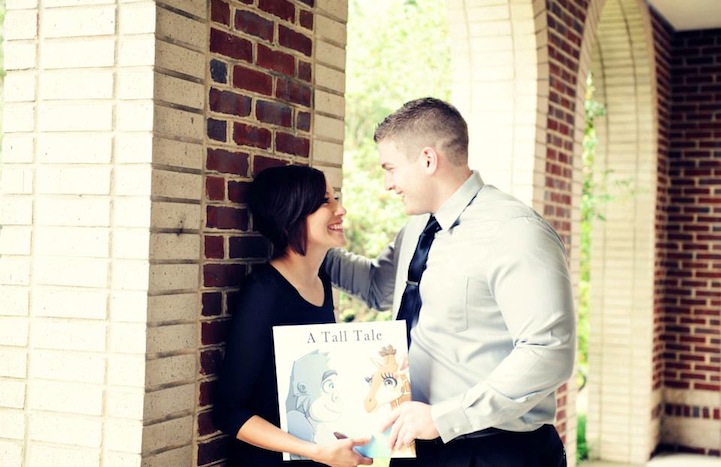