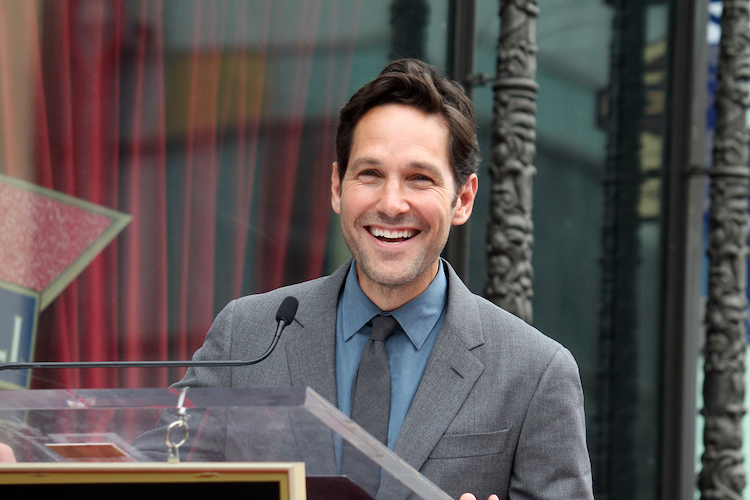 Every year, People magazine awards the title of Sexiest Man Alive. Some years, the person selected is a buff, chiseled specimen who is basically a no-brainer, like last year’s pick of Michael B. Jordan. But other years, the Sexiest Man Alive is unexpected—even to the person who is receiving the honor. Paul Rudd is this year’s sexiest man, and the 52-year-old actor is finding it hard to embrace his new title.

Ever self-deprecating, Rudd admits that being called sexy isn’t a label he’s ever embraced. “I do have an awareness, enough to know that when people hear that I'd be picked for this, they would say, ‘What?' ” he tells People. “This is not false humility. There are so many people that should get this before me.”

Rudd is an A-list celebrity with blockbuster projects to his name. Recently, he's been Ant-Man in the Marvel cinematic universe and will star in a new Apple TV+ series called The Shrink Next Door (based on the excellent podcast) as well as Ghostbusters: Afterlife. But beyond his status, he sees himself as a family man. “When I think about myself, I think of myself as a husband and a father, like I'm that,” he shares. “I just hang out with my family when I'm not working. That's what I kind of like the most.”

Of course, Rudd will be milking his new title—as one should. “I mean I'm going to lean into it hard. I'm going to own this. I'm not going to try to be like ‘Oh, I'm so modest.' I'm getting business cards made. But all of my friends will destroy me and I expect them to. And that's why they're my friends.”

Showcasing his much-lauded sense of humor, Rudd jokes that he anticipates a big life change now that he’s the Sexiest Man Alive. “I'm hoping now that I'll finally be invited to some of those sexy dinners with Clooney and Pitt and B Jordan,” he says. “And I figure I'll be on a lot more yachts. I'm excited to expand my yachting life. And I'll probably try to get better at brooding in really soft light. I like to ponder. I think this is going to help me become more inward and mysterious. And I'm looking forward to that.”

The accolade came as a shock to Rudd, but he's ready to embrace the title.

Since the announcement, he's been getting recognized by his friends and other well-wishers.

Is that Paul Rudd…#SexiestManAlive?! I knew this day would come. Congrats, man 🥳 I hope you continue to never age so you can continue to hold this title. https://t.co/OrD8OThrFn pic.twitter.com/54oUwHNmrh

We'll forgive him if he writes, produces, finances, directs, and stars in a James A. Garfield biopic.

Actor Sean Bean Has Died 23 Times on Screen, Announces He Won’t Be Doing That Anymore