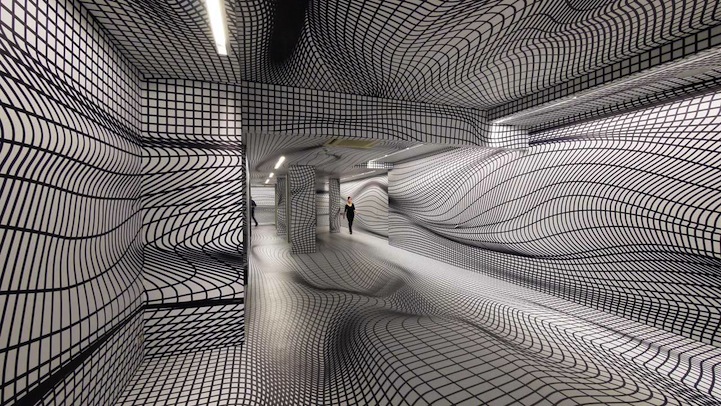 Peter Kogler's geometric patterns transform flat, white walls with illusions of dizzying underground tunnels. The artist's contoured lines that blanket gallery walls employ curves and swoops to make viewers feel as if they've been sucked into a swirling vortex. Some of the designs encompass entire hallways so that people can physically move through the patterns to experience the full effect.

The spatial illusions of pipes, tubes and tracks evoke a nearly claustrophobic feeling that can be associated with underground public transportation. Much like riding the subway, Kogler's static designs seem emulate constant, disorienting movement. 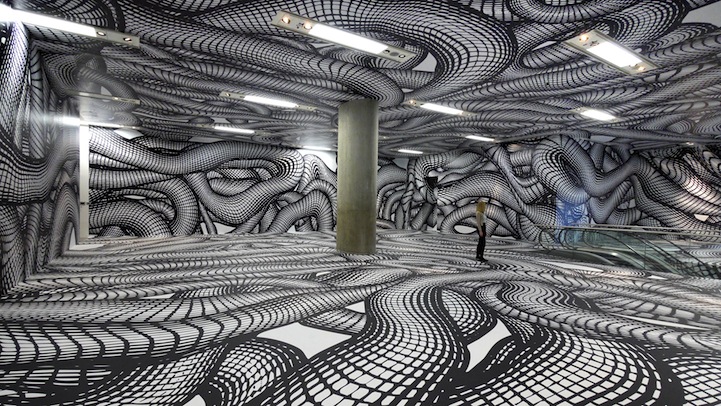 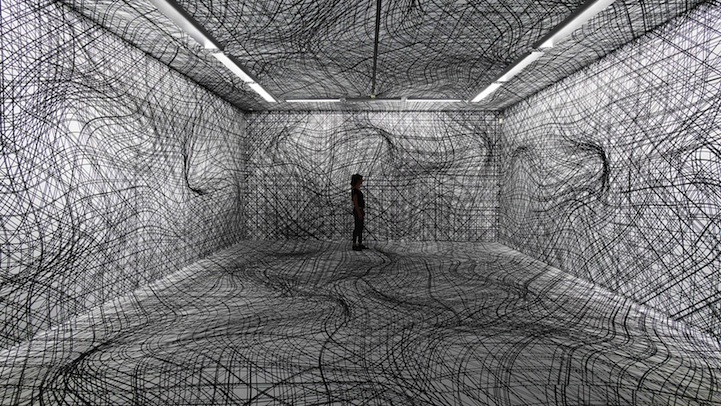 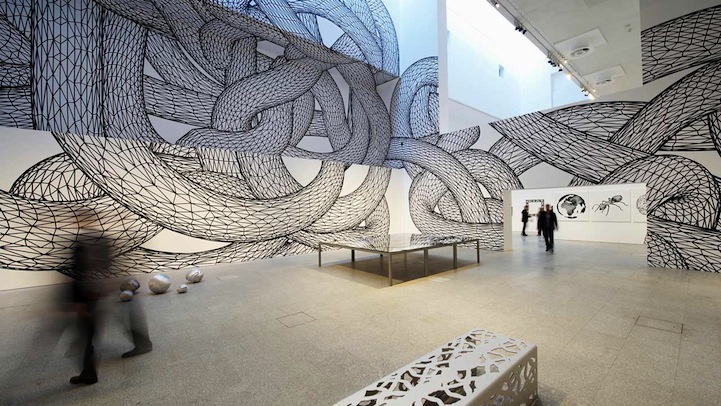 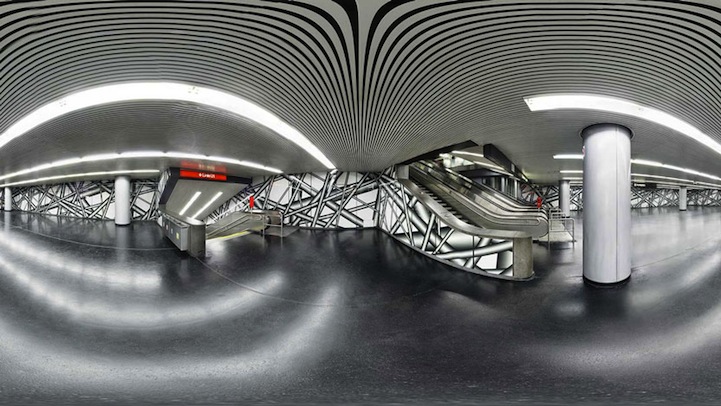 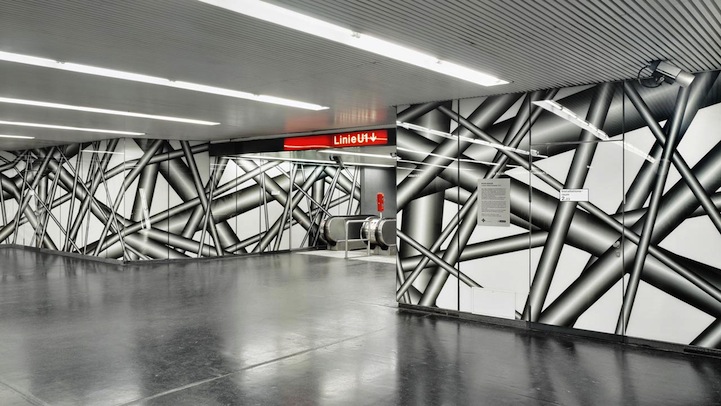 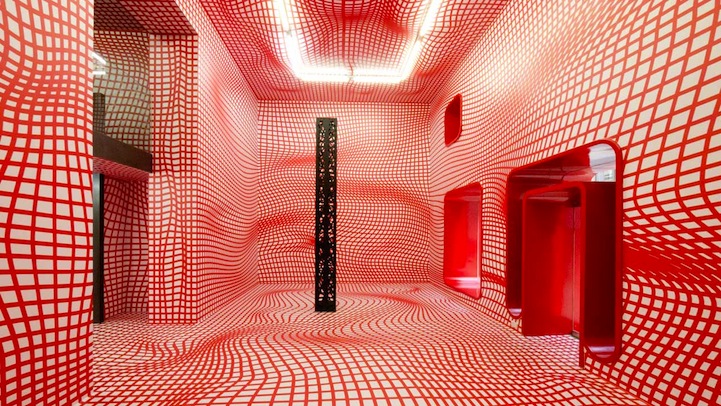