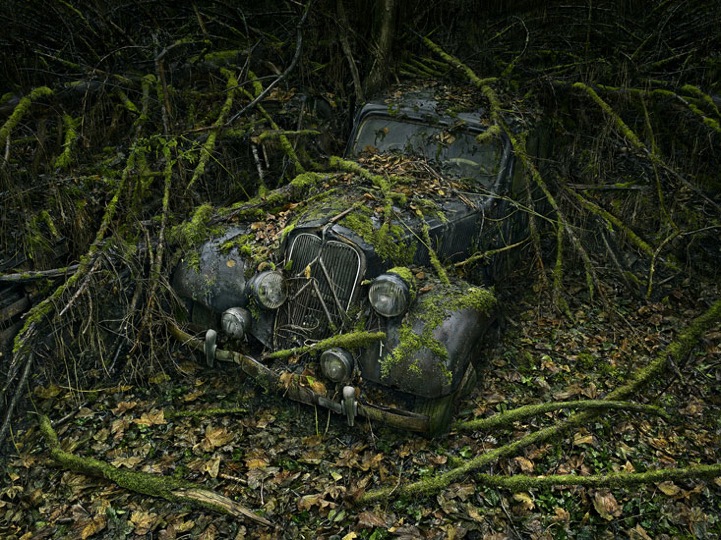 American-born, Paris-based photographer Peter Lippman explores a world of stationary, abandoned cars overtaken by nature in his series entitled Paradise Parking. This personal project that was two years in the making captures abandoned cars from yesteryear that are overwhelmed by roots and leaves from its surrounding natural environment. The vehicles' rusty, tarnished finish coupled with nature's swarming shades of green and brown wrapping its extended limbs around the cars makes for an interestingly post-apocalyptic scene.

When I first came across this series, I thought it looked eerily similar to underwater shots of sunken ships. Like the aquatic vessels covered in algae, these land vehicles are ravaged with moss, decaying and decomposing into its surroundings. These images also stand as great evidence of past civilizations. It's beautifully fascinating to see the old models of automobiles naturally buried in foliage over time. I'm interested to see what these ransacked cars will look like in a few more decades. For now, the first worldwide showing of this series will soon take place in Brussels at Sophie Maree Gallery. 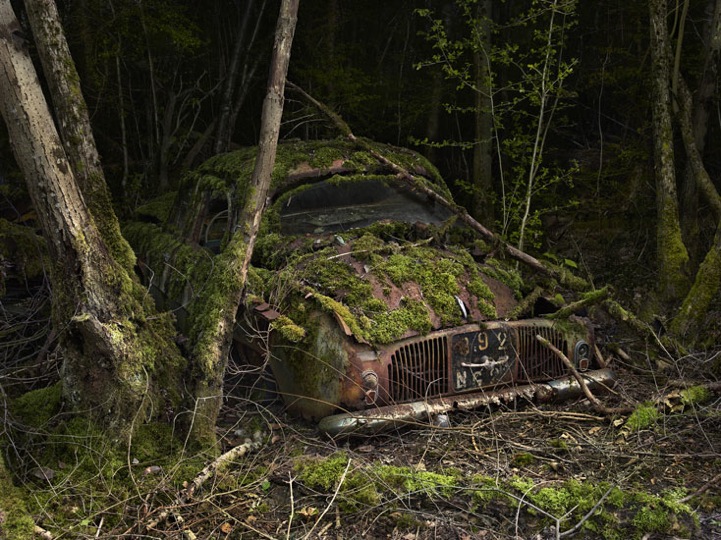 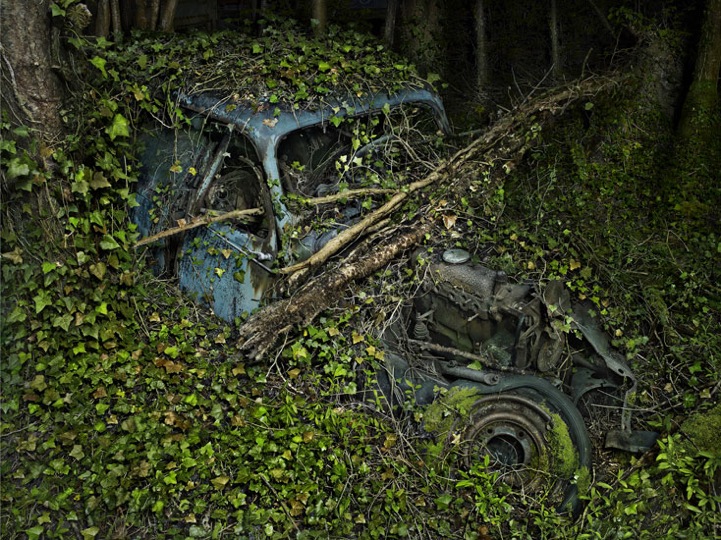 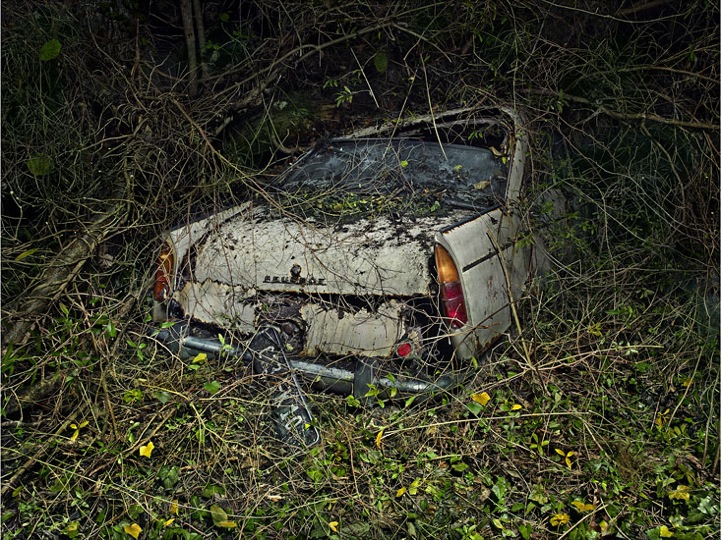 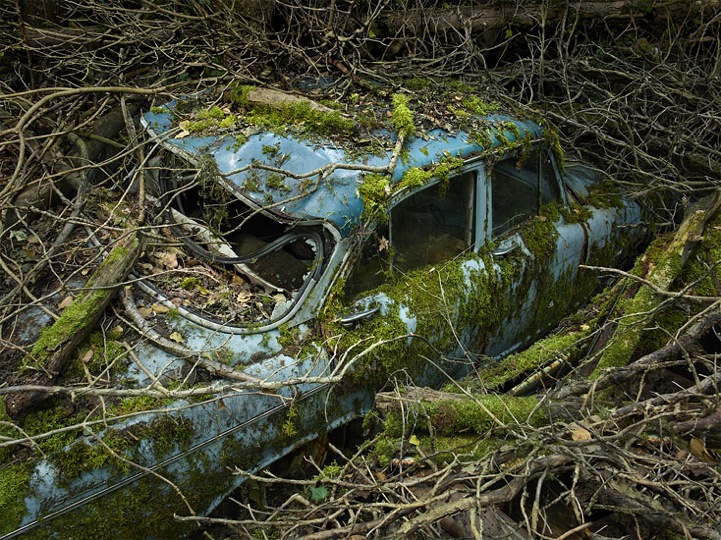 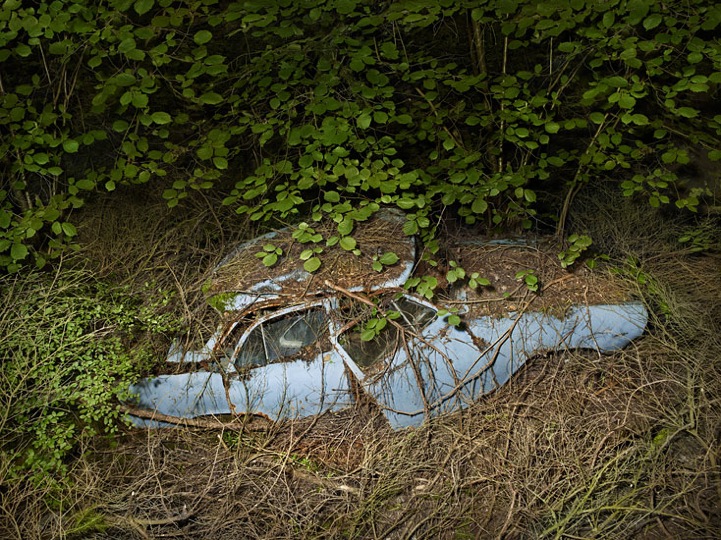 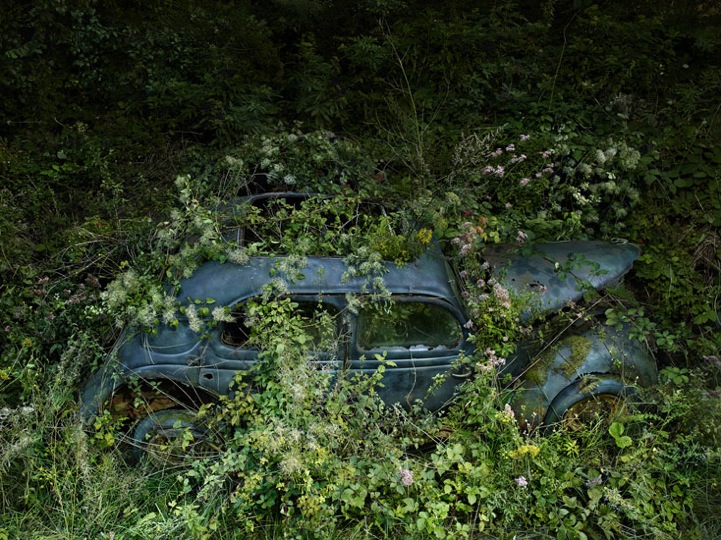 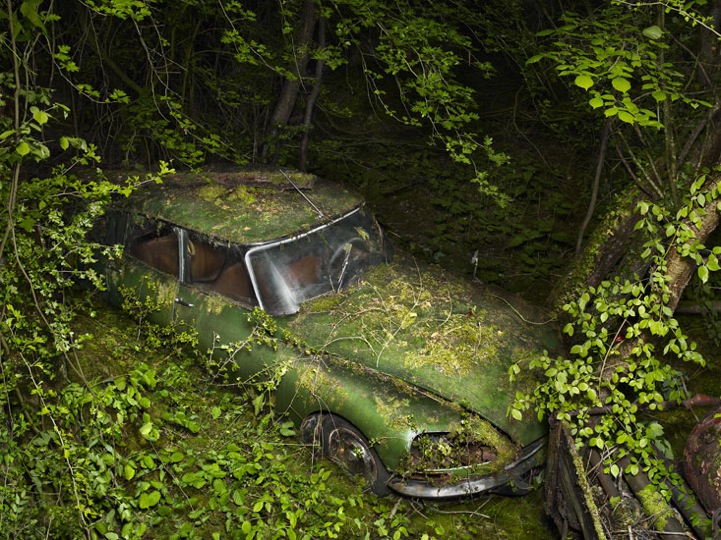 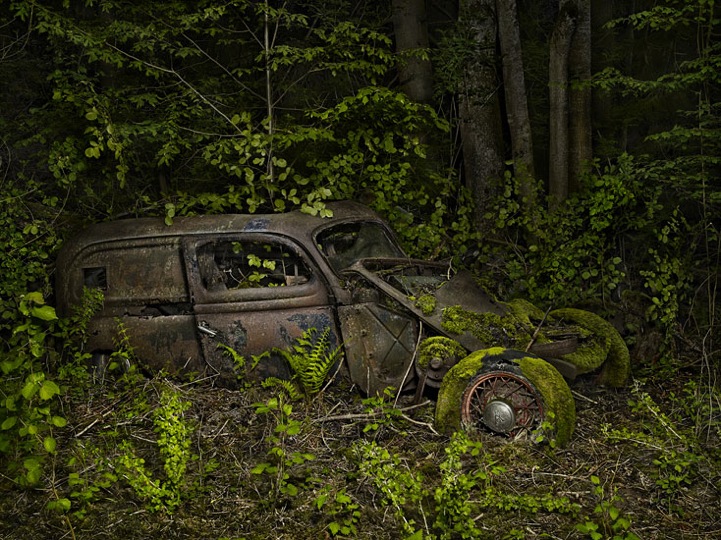 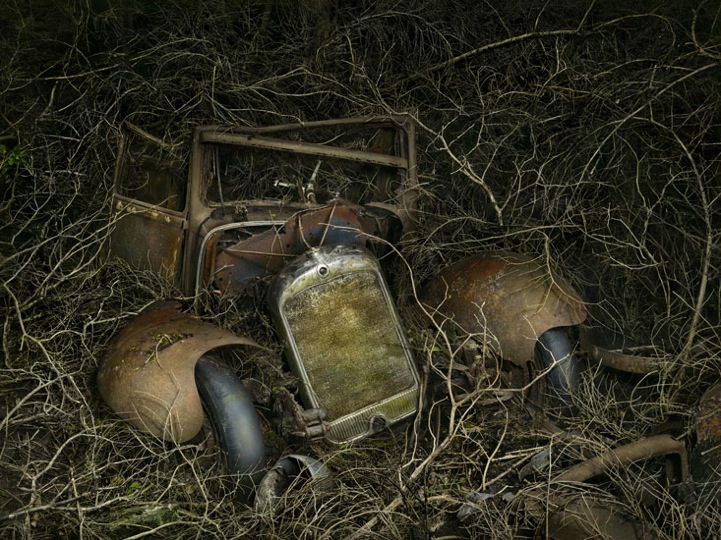 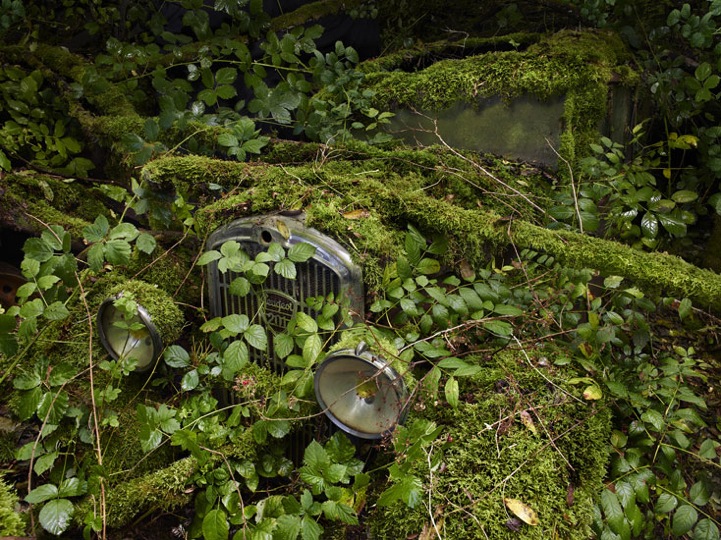