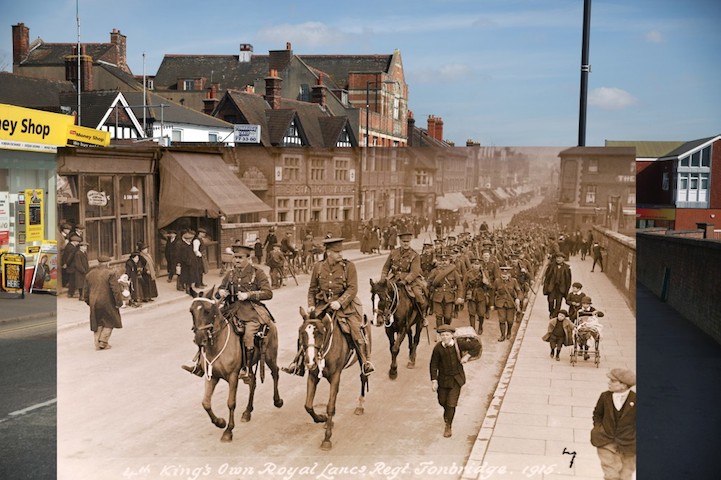 This year marks the 100th anniversary of the start of World War I, the conflict that not only reshaped Europe, but also fundamentally transformed the world and international power structures. Over 16 million soldiers and civilians were killed and more than 20 million wounded, making WWI one of the deadliest conflicts in history. To commemorate the war's centennial, Scottish photographer Peter Macdiarmid created a fascinating series of images that superimpose photos taken during WWI on top of photos of the same modern-day locations.

The eye-opening images present a fascinating look at the passage of time, highlighting just how much or how little Europe has changed in the century since the war. Many streets and buildings remain largely the same, although several structures have been rebuilt from the destruction that marked WWI. It's shocking to see the sharp contrast between the wreckage and rubble of the past and the peace of the present.

The photos also provide an intriguing glimpse of soldiers from both sides of the conflict. In one image, troops march in orderly rows down a street, while in another image, weary men rest outside a building. These haunting photos serve as a reminder of how many lives were sacrificed in the war. 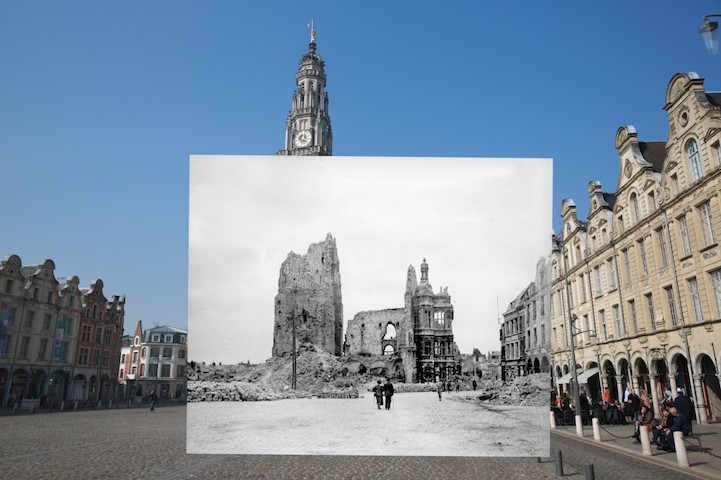 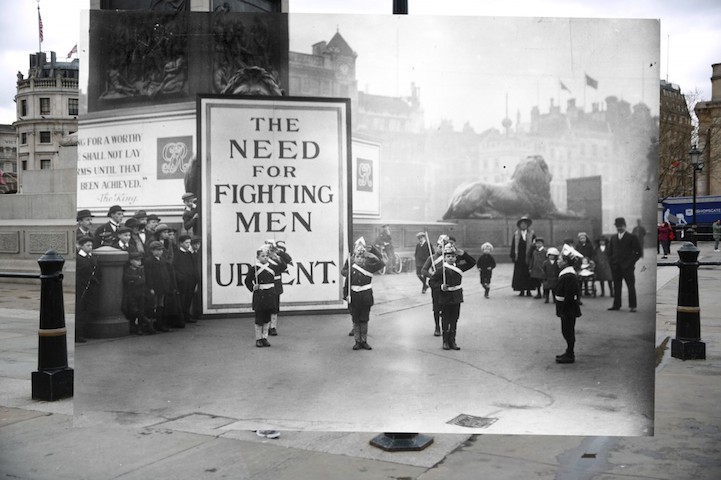 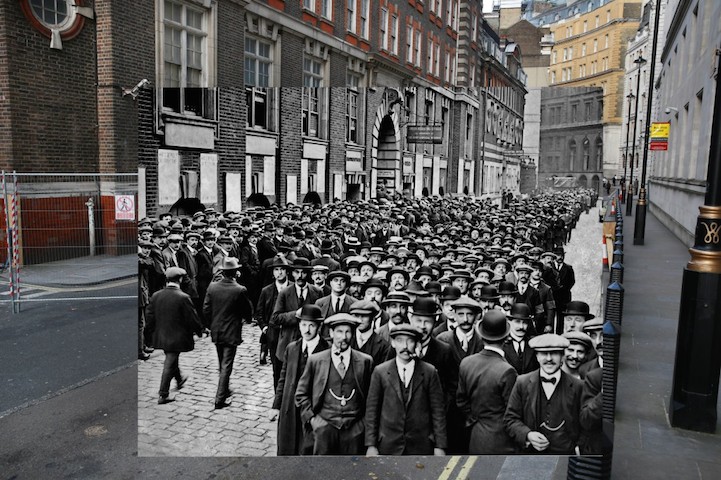 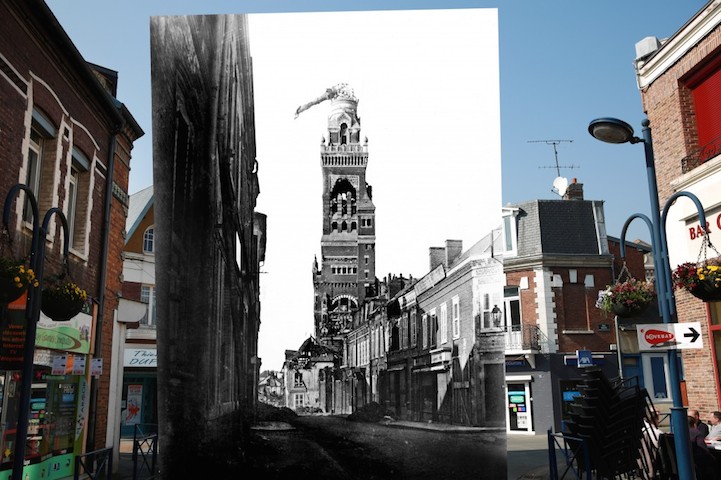 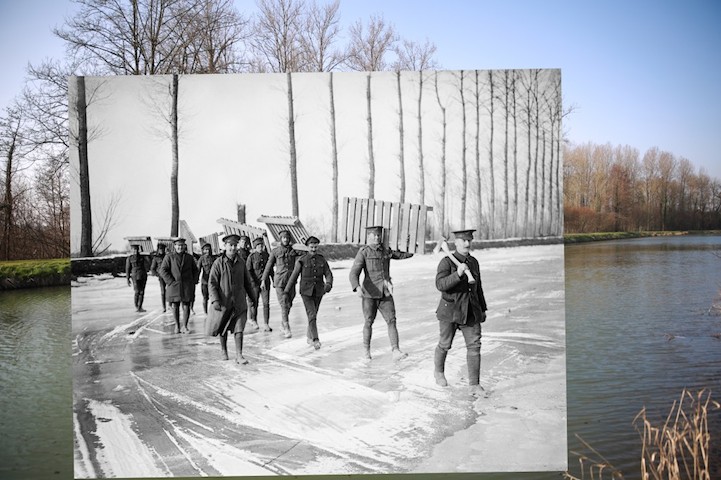 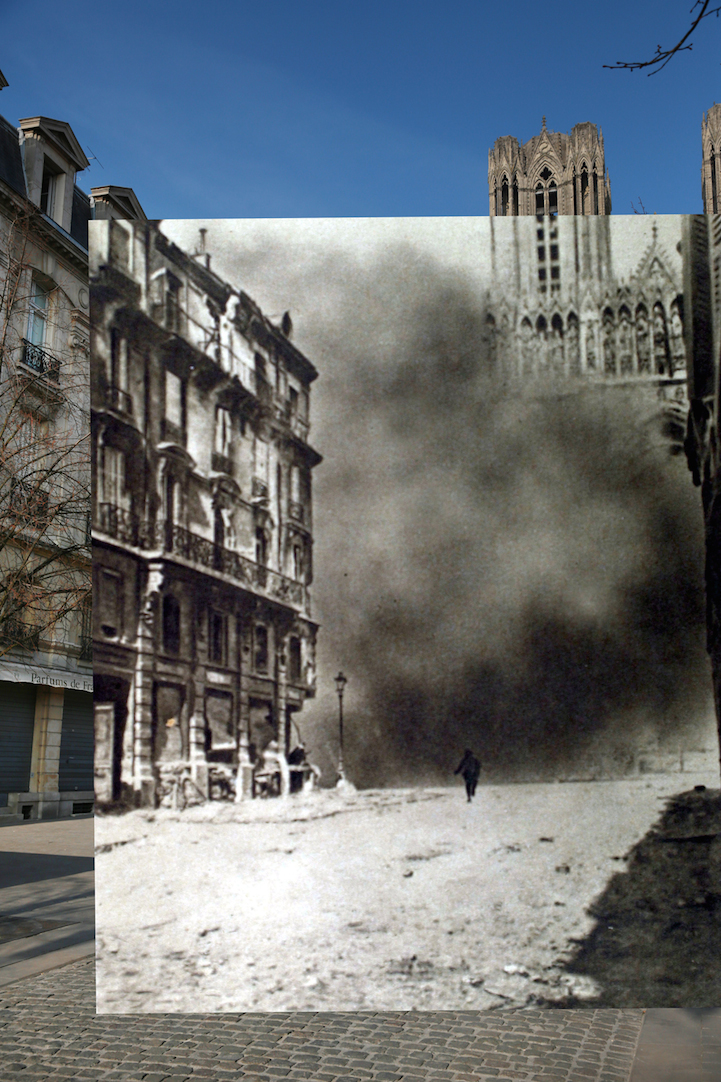 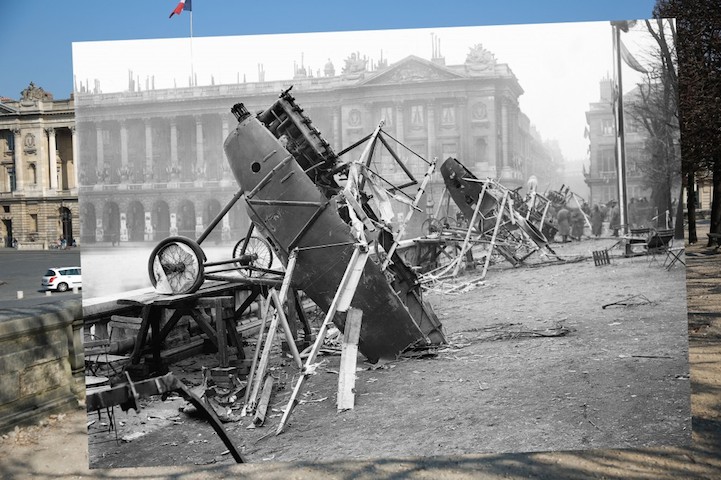 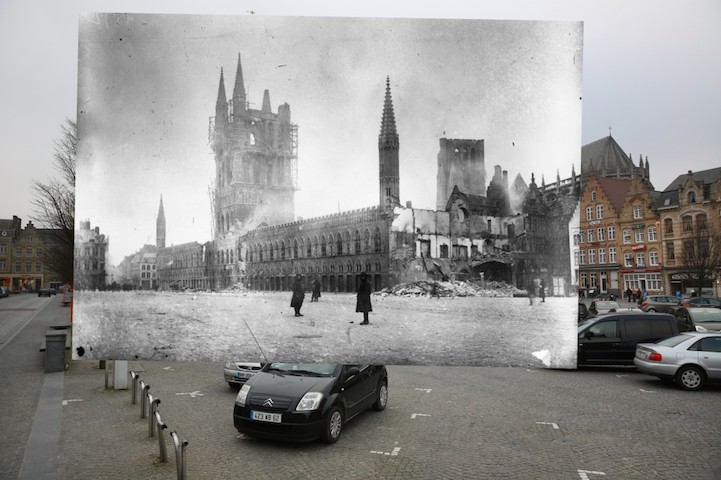 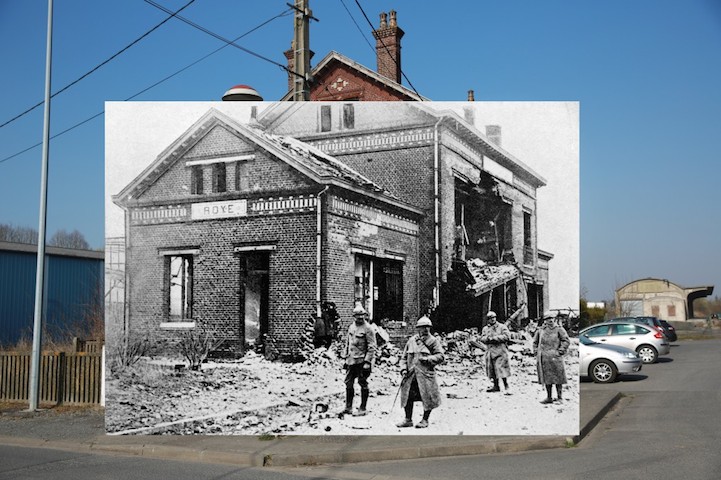 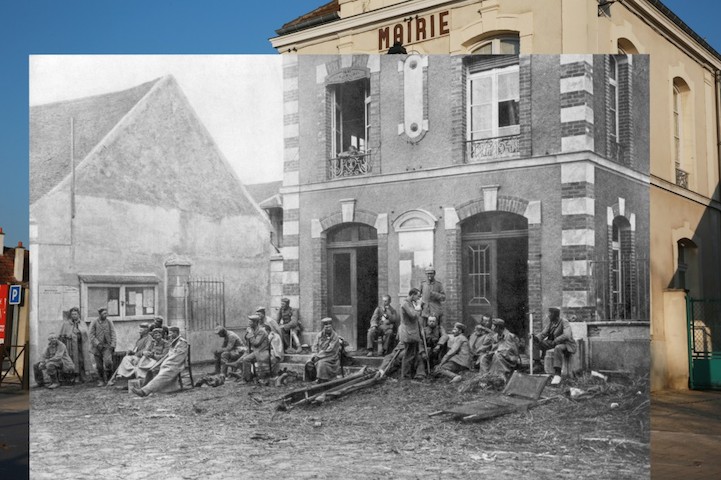 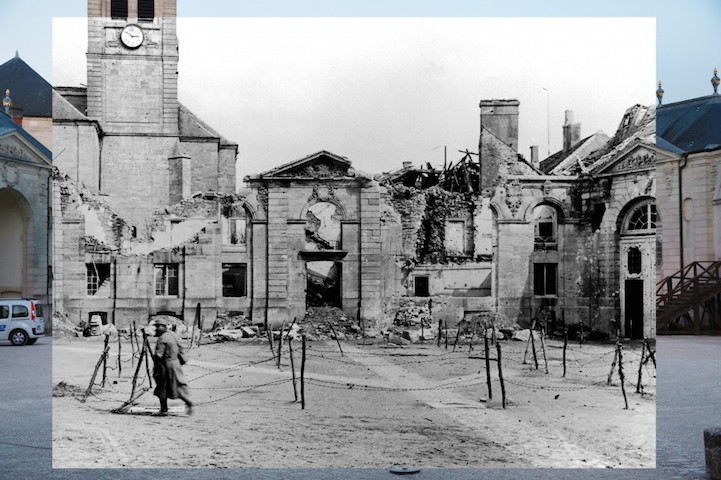