Concrete Columns Light up to Create a Rainbow Hallway 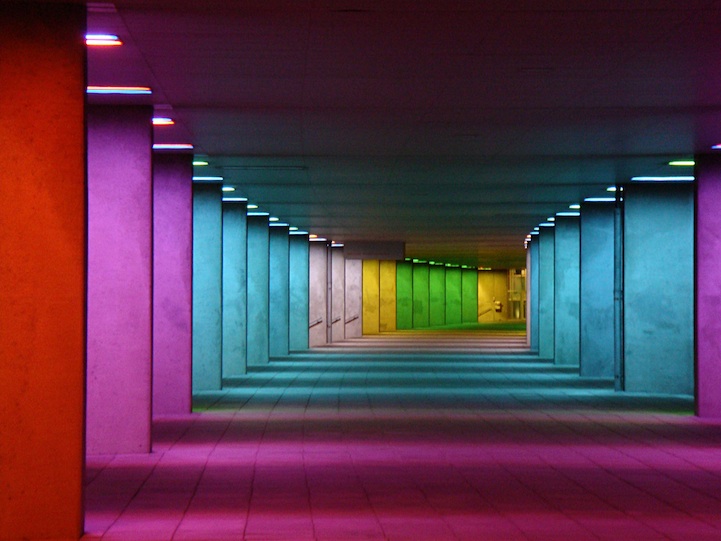 If you happen to visit the Netherlands Architecture Institute, make sure to head to the colonnade under the institute to be immersed in a rainbow of light. Artist Peter Struycken has turned the over 550-feet long series of columns into a row of canvases where you'll never know which color combination you're going to witness next.

The columns are uniformly illuminated by a simple but ingenious system of only red, green and blue lamps. Using a computer system, both primary and as well as blended color combinations occur every ten minutes. Lucky for us, a handful of photographers have captured a few of these stunning displays, the ones that they've personally witnessed with their very own eyes.

Above photo by Ronald Bellekom 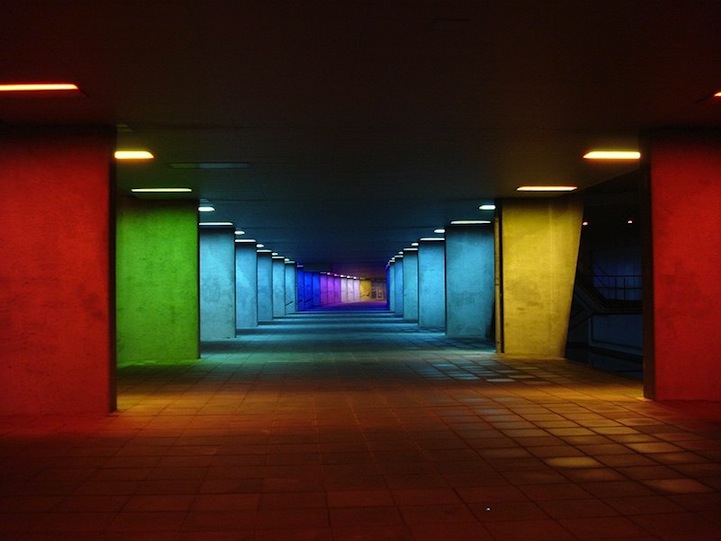 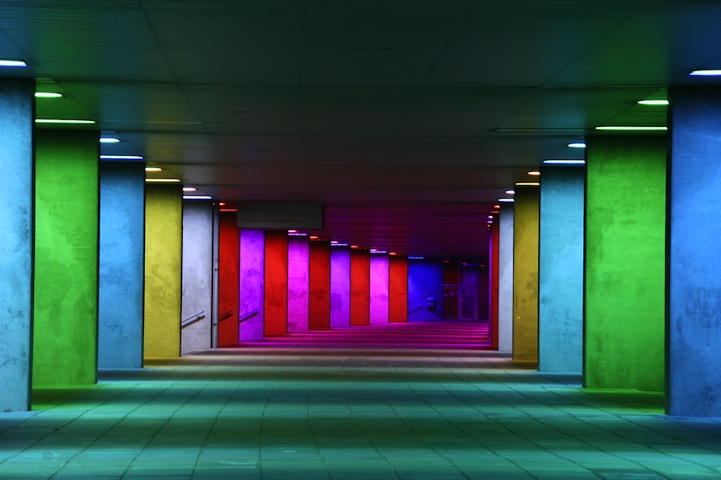 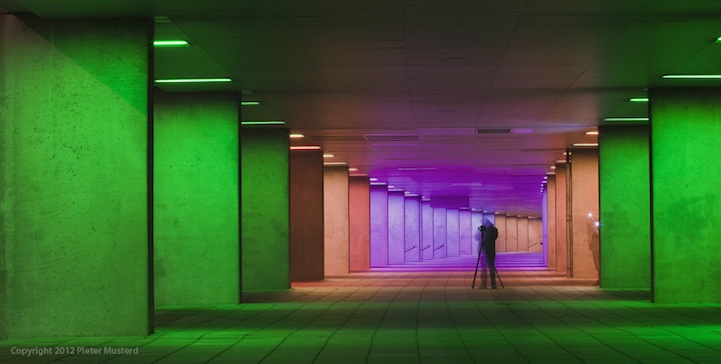 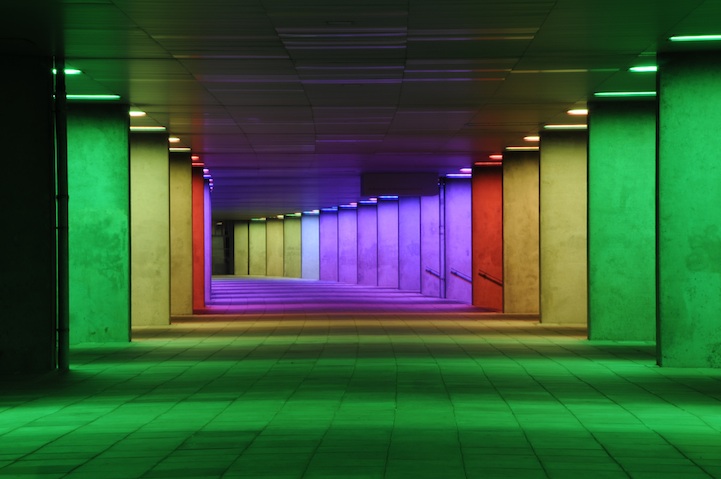 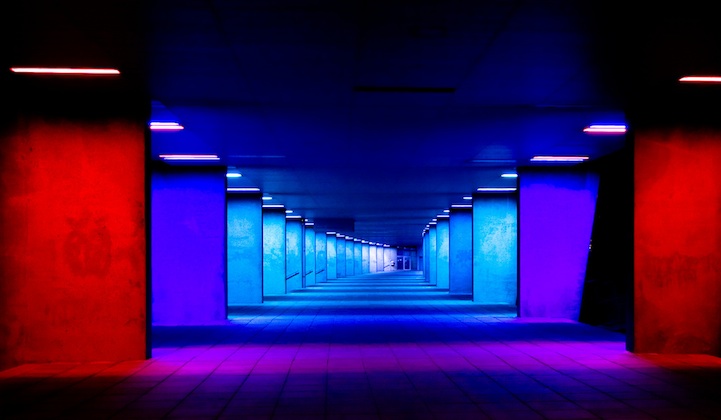 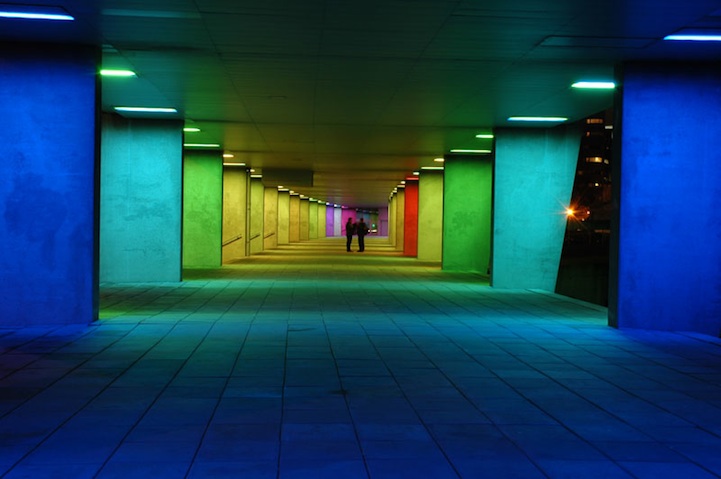 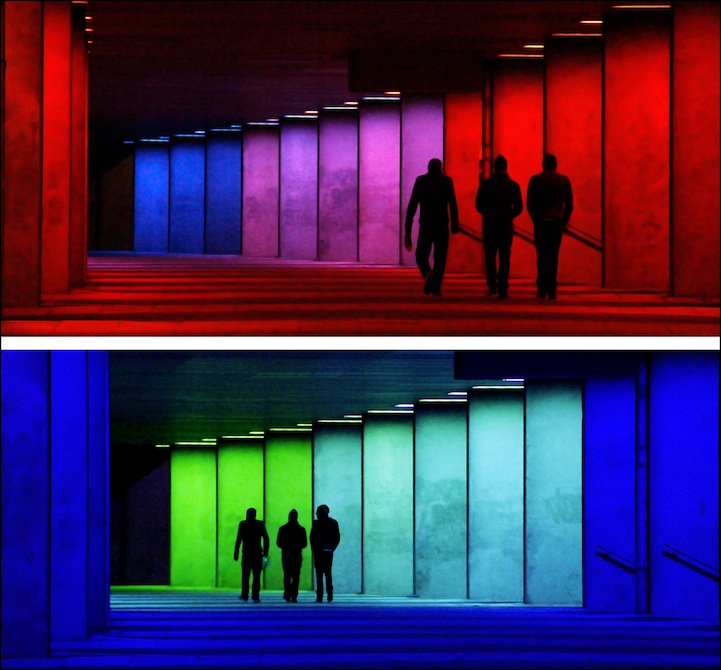