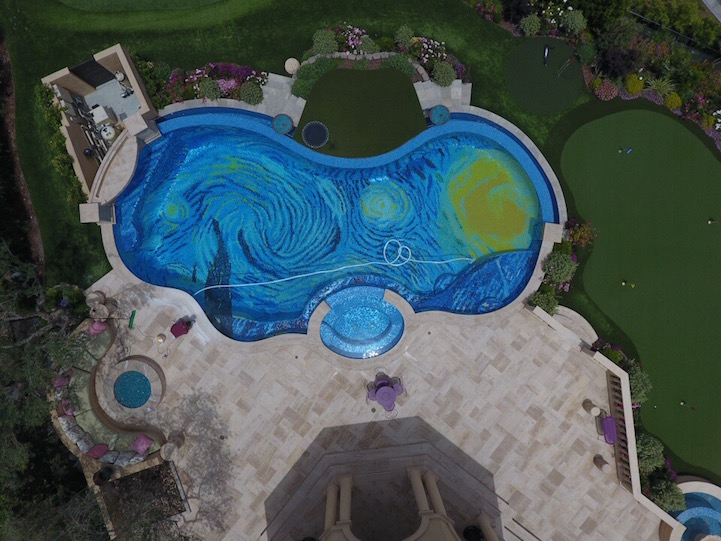 Van Gogh's The Starry Night is undoubtedly one of Western culture's most beloved works of art, featuring a soothing blue sky that swirls around glimmering golden stars between a silhouetted Cyprus tree and a quiet French town. In California, an aesthetically-inclined home owner has commissioned an expansive testament to the popular painting: a swimming pool with tiling arranged in a breathtaking likeness to that original composition.

Redditor __PETTYOFFICER117__ has shared bird's-eye photographs of the aquatic masterpiece, explaining that his friend's dad is the contractor who created it and captured images via drone. It's just one of the elaborate elements at this expansive estate, though certainly the most unique. The only downside is that it can only be fully experienced from an aerial view—but we have a feeling that swimming above the spiraled tiling is a luxurious respite on its own. 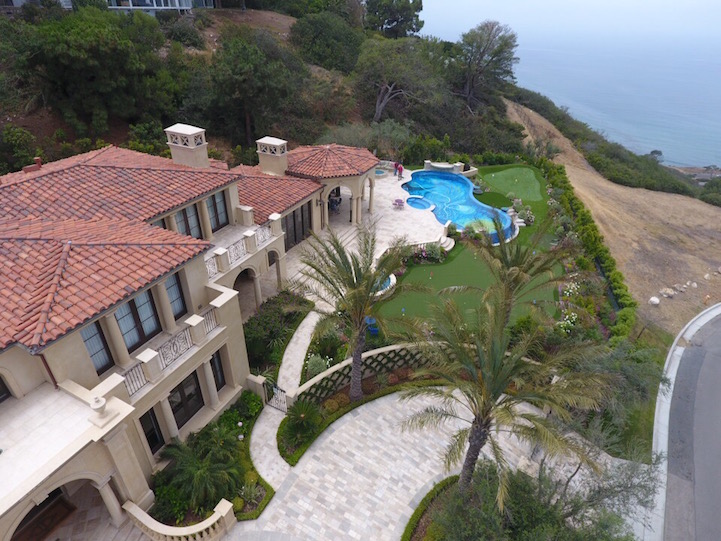 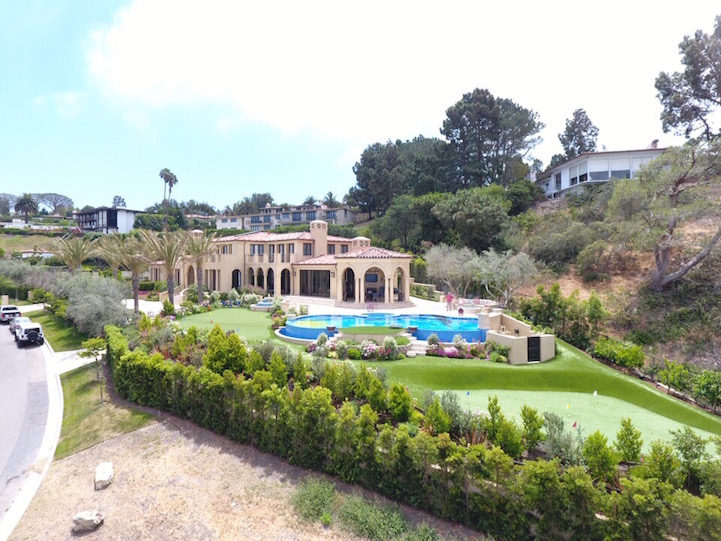