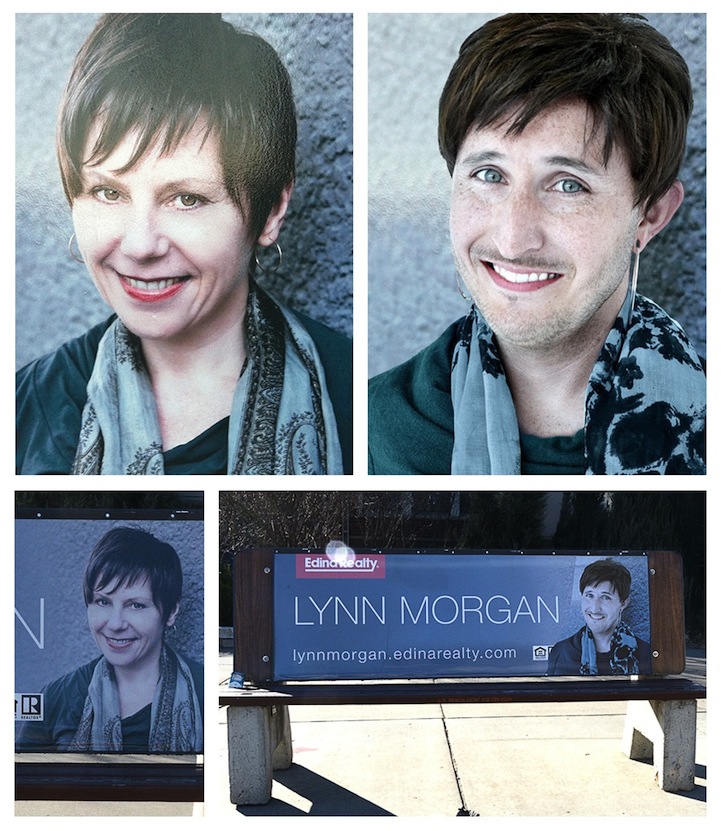 Faces of Real Estate is a hilarious project by Minneapolis-based graphic designer Phil Jones that takes bench ads featuring photos of realtors and replaces them with Jones himself in costume–wearing the same exact outfits, sporting matching hairstyles, and standing in identical poses.

The funny artist, who took a month to compose each of his shots and apply them to the half-dozen ads, has almost no limitations when it comes to his subjects. Long or short hair makes no difference and neither does gender as the artist plays the model in either case. The one thing that he doesn't compromise is his facial stubble.

Ultimately, Jones says, “I have a deep respect for anyone who is willing to put their face on a bus stop bench knowing what people do to them. I thought it would be fun to do my own take on our local realtor advertisements.” 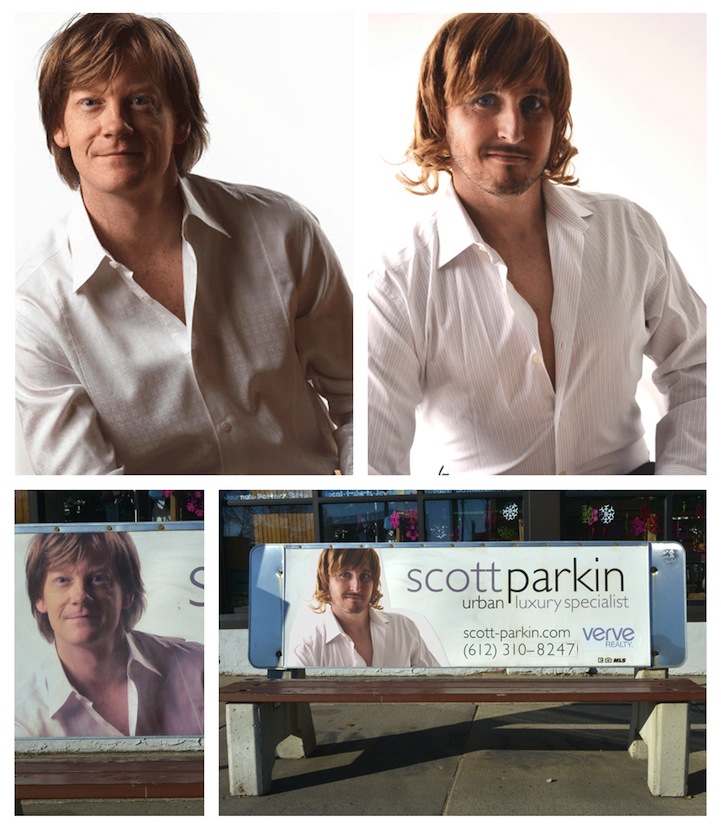 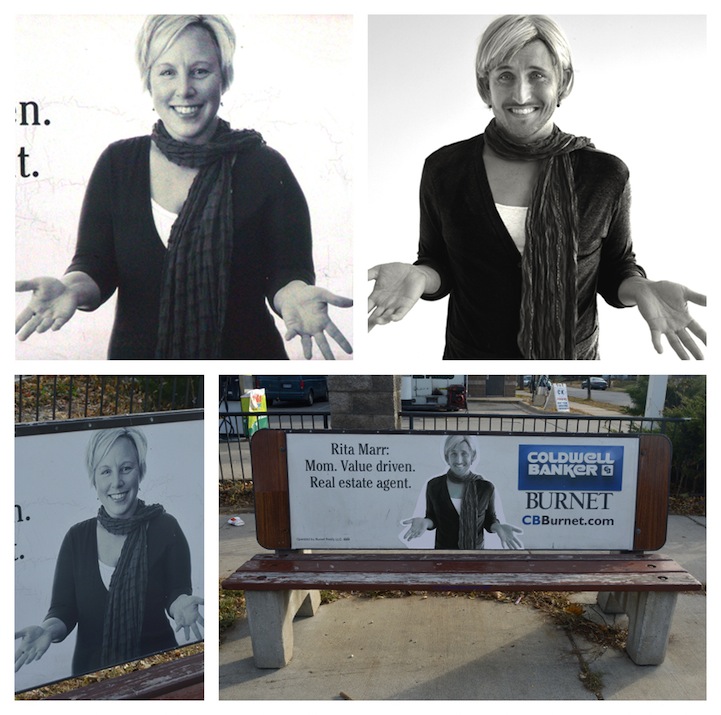 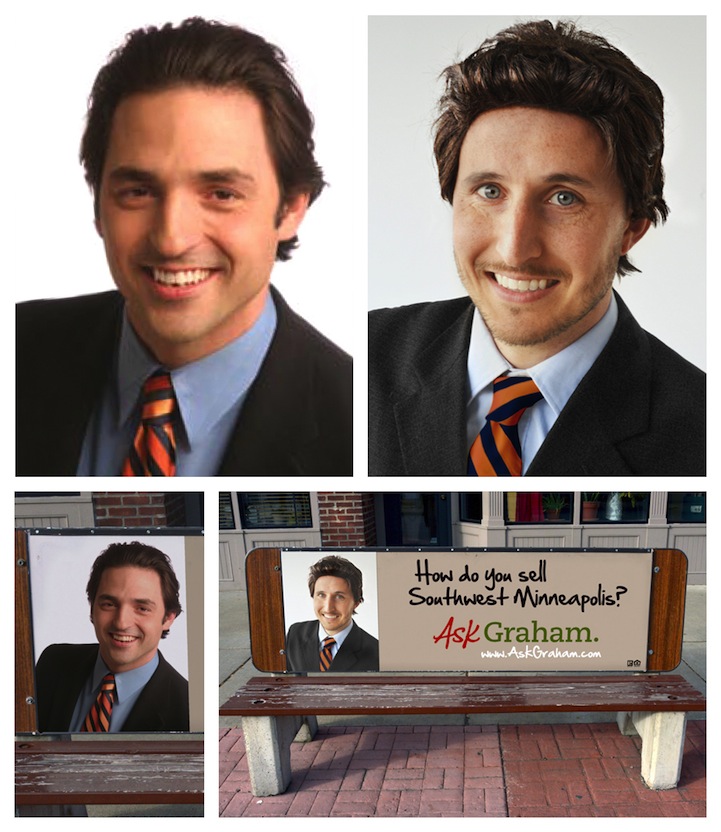 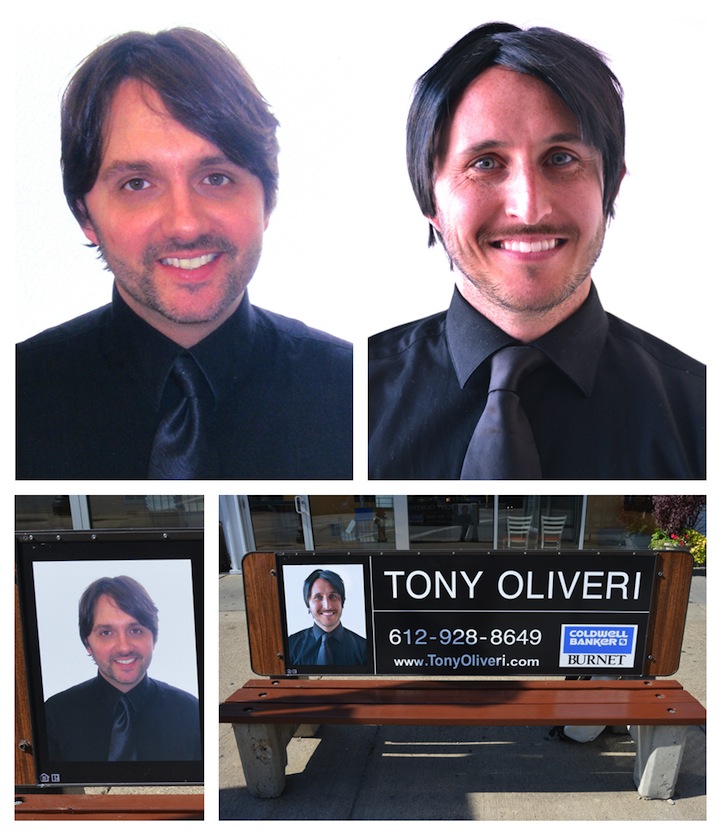 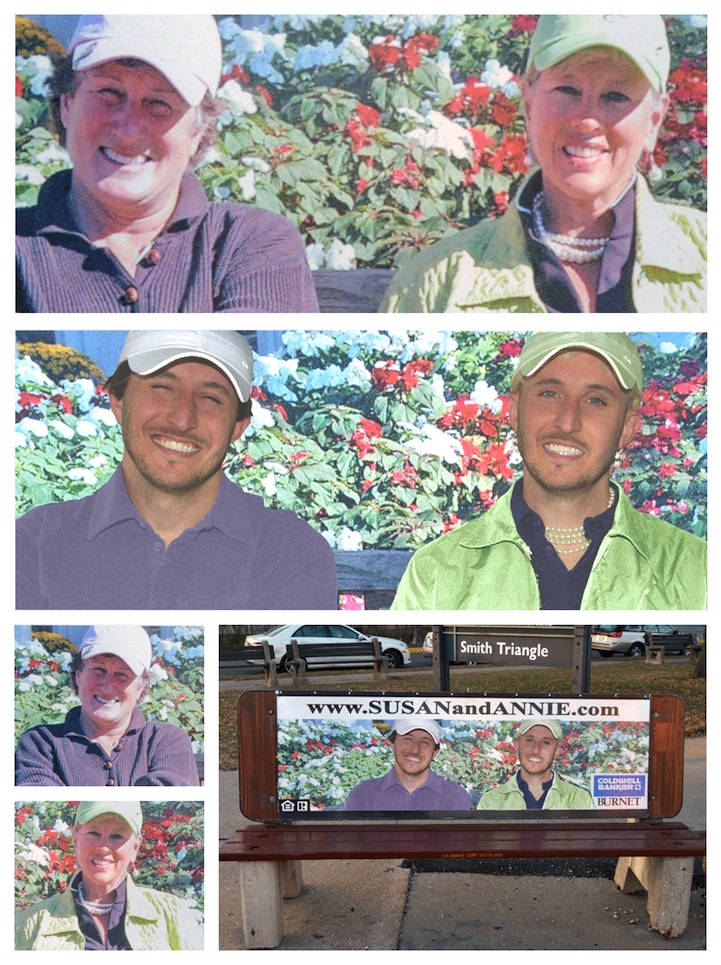