Three Adorable Pugs Dressed up as Characters from Game of Thrones 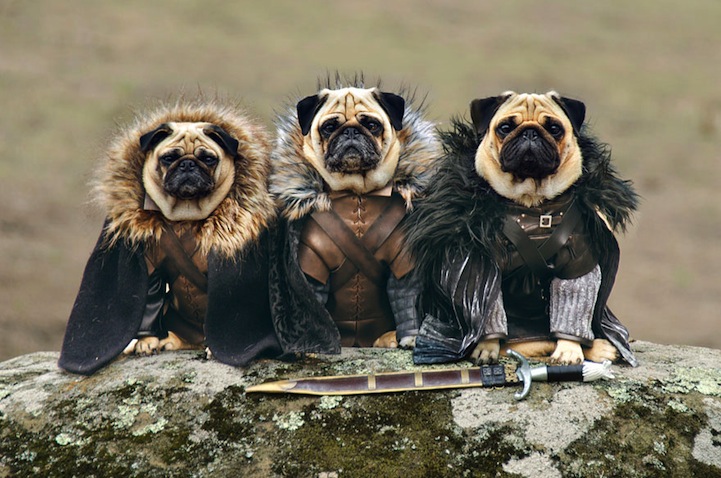 It's tough not to smile at this adorable series of three pugs dressed up like characters from Game of Thrones. Throughout the photographs, the dogs' owners Phillip Lauer and wife Sue, a professional photographer and designer, have recreated sets from King's Landing and Winterfell, as well as the flags and costumes seen throughout the HBO hit series.

Fans of the show may recognize some hilarious details that are quite reminiscent of the intended subjects. Dressed in gold, King Joffrey proudly perches high on his throne, while Daenerys Targaryen sits surrounded by her three (toy) dragons.

The three pugs–Roxy, Blue and Bono–so staunchly represented the iconic characters from the immensely popular television series that Phillip and Sue Lauer were contacted by streaming service Blinkbox to produce, in addition to the still photographs, a short video of the furry trio reenacting the show.

Check out the video below. Watching the three pups playfully running through fields while wearing the clothing of fictional people will certainly brighten your day! 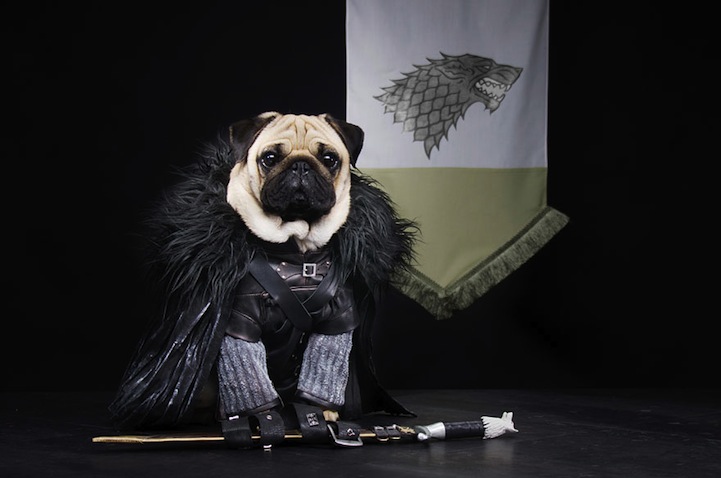 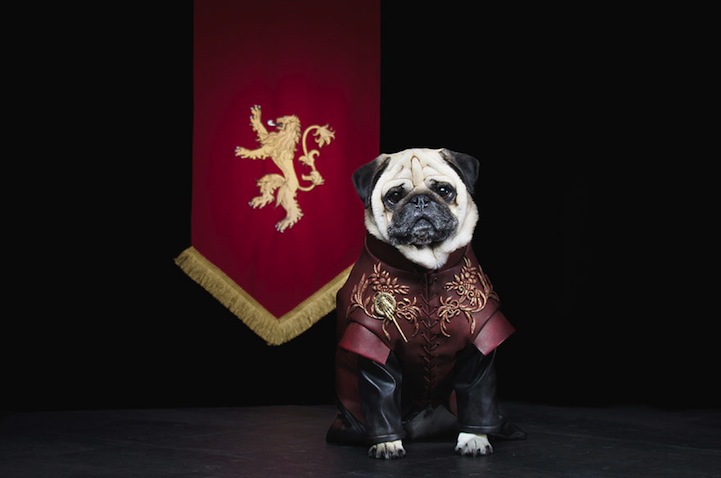 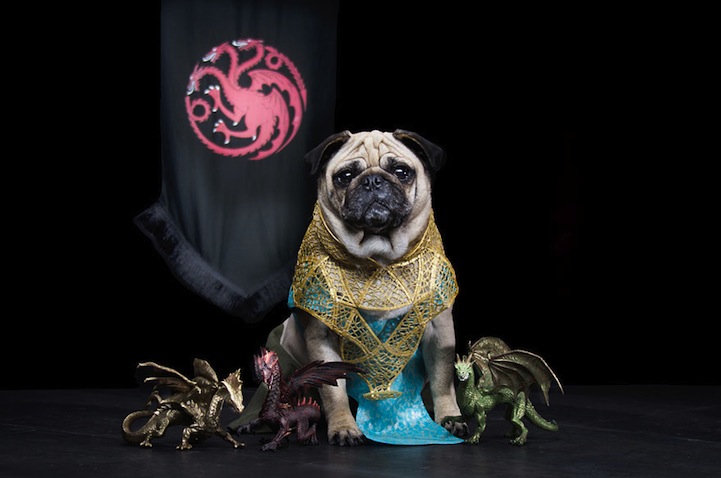 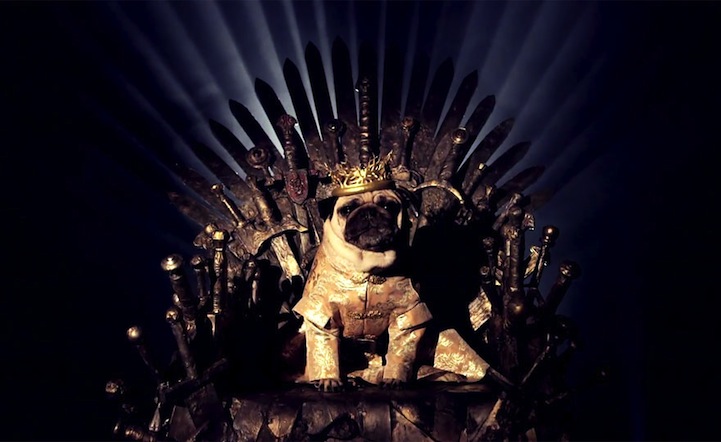 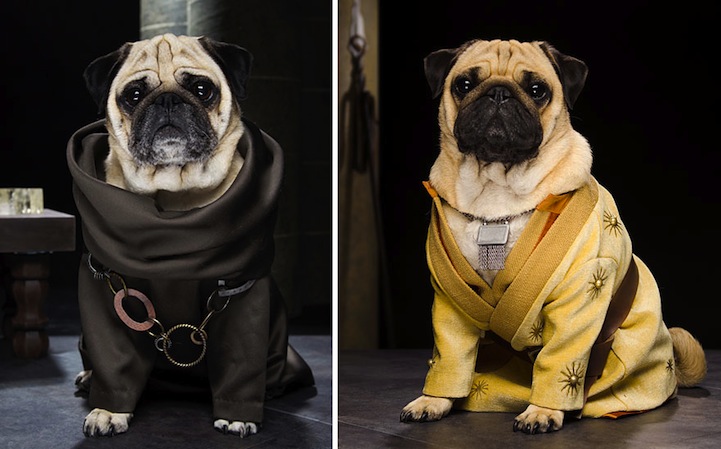 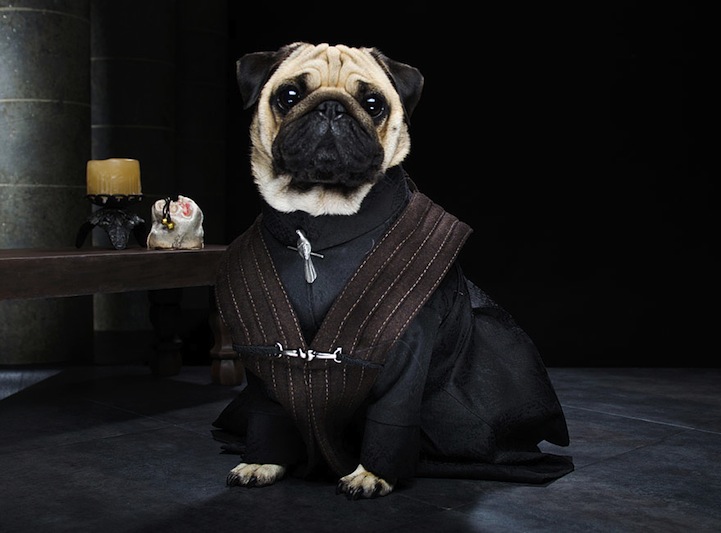 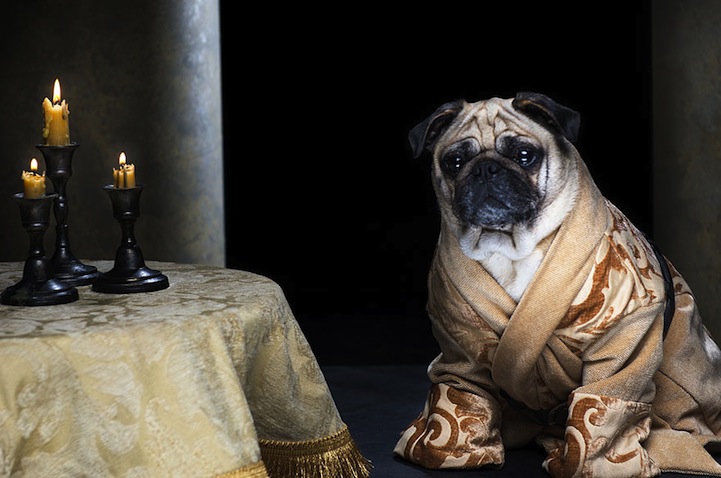 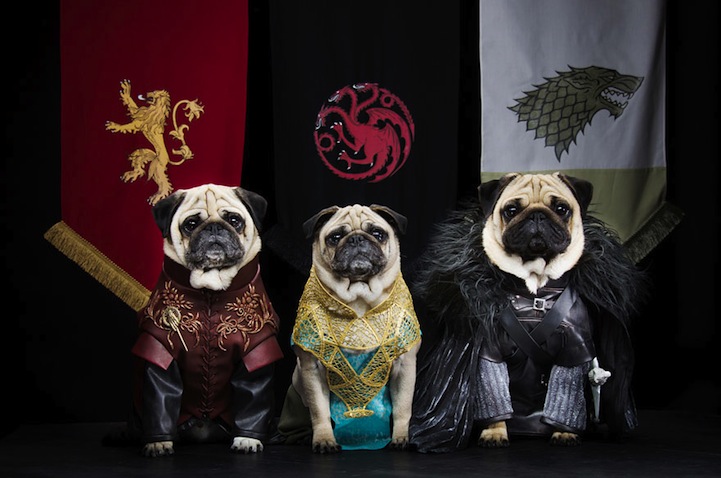