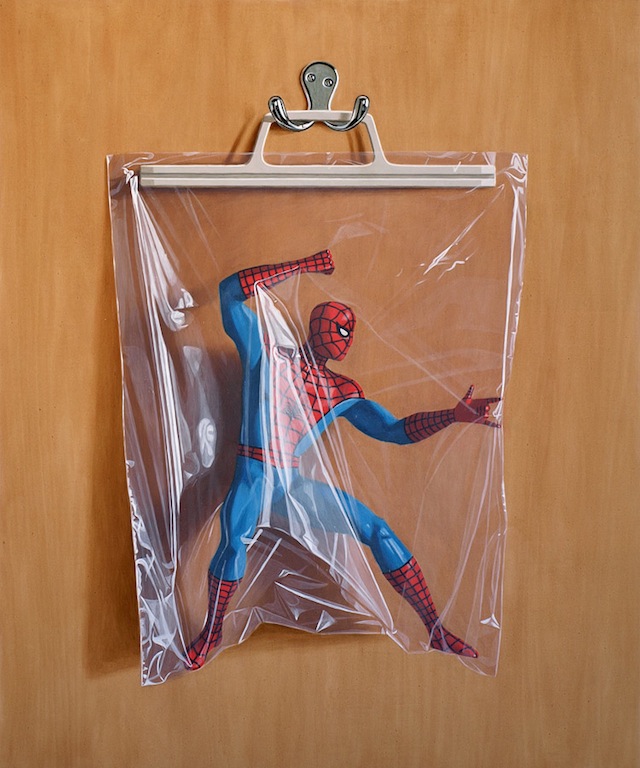 Our fascination with photorealistic paintings continue with a thought-provoking new batch from artist Simon Monk. Called Secret Identity, this ongoing series is more than just a look at the loss of a superhero's power, it's a metaphor for an artist him or herself.

“Placed in carrier bags and hung on a hook in a domestic space they become recently purchased objects, robbed of their enormous power they wield in their narratives, their dynamic energy stymied,” said Monk. He continues, “The visual fantasies which fill a painter's head must inevitably be reduced to an image, robbed of much of their superpower.”

We reached out to Monk to ask him how he creates these photorealistic works. “My painting process is pretty painstaking as the images are built up from many transparent layers to give them the luminosity that I want,” he tells us. “The plastic bags start with barely visible glazes of white and are very gradually built up until I feel that they work visually. Each painting takes at least three months to complete.

“Surprisingly the biggest challenge of this series has been finding and making the models and bags. I construct and paint the superheroes from vinyl model kits which seem to be hard to find these days.” 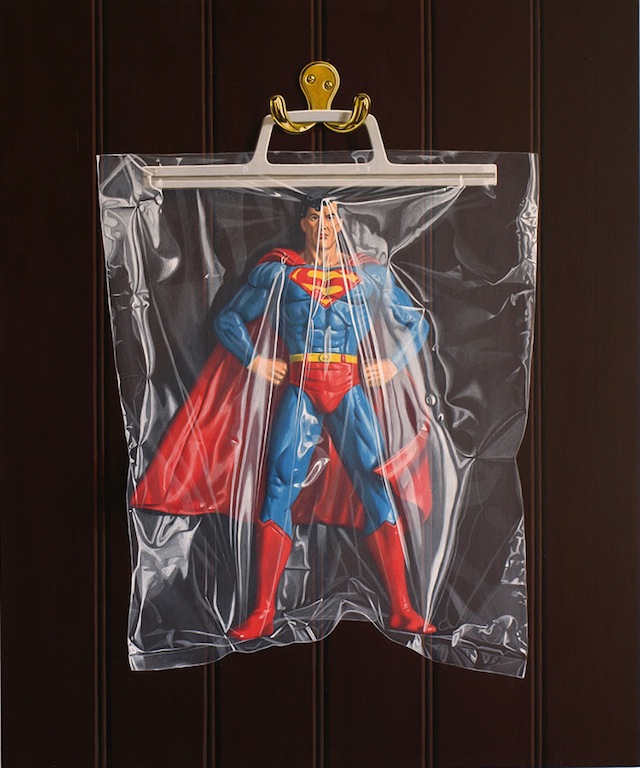 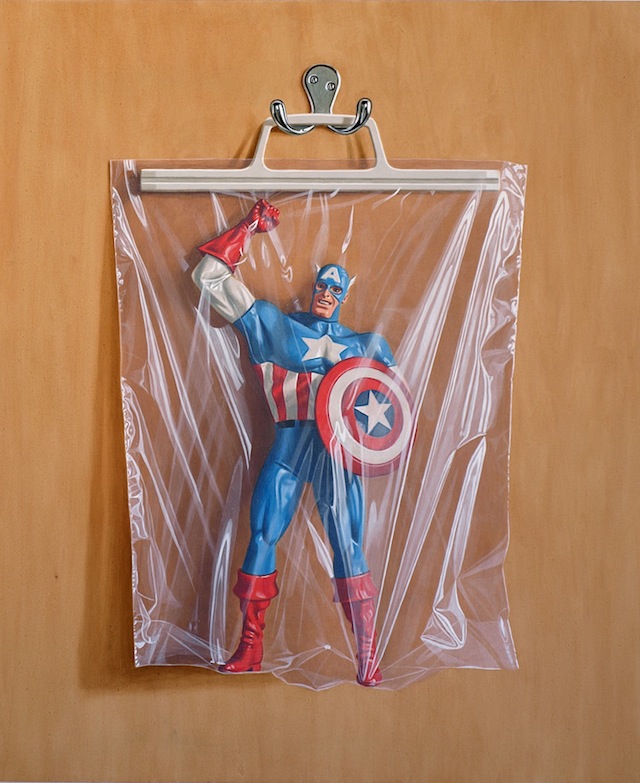 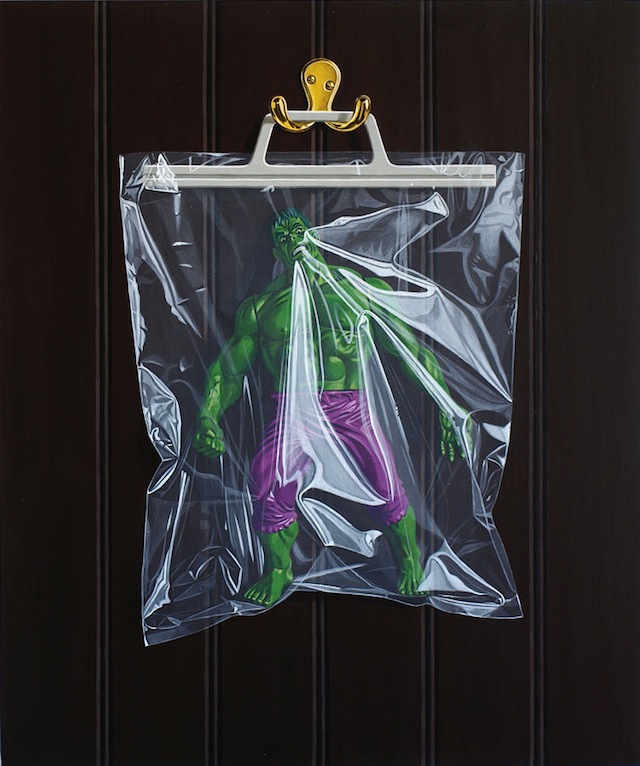 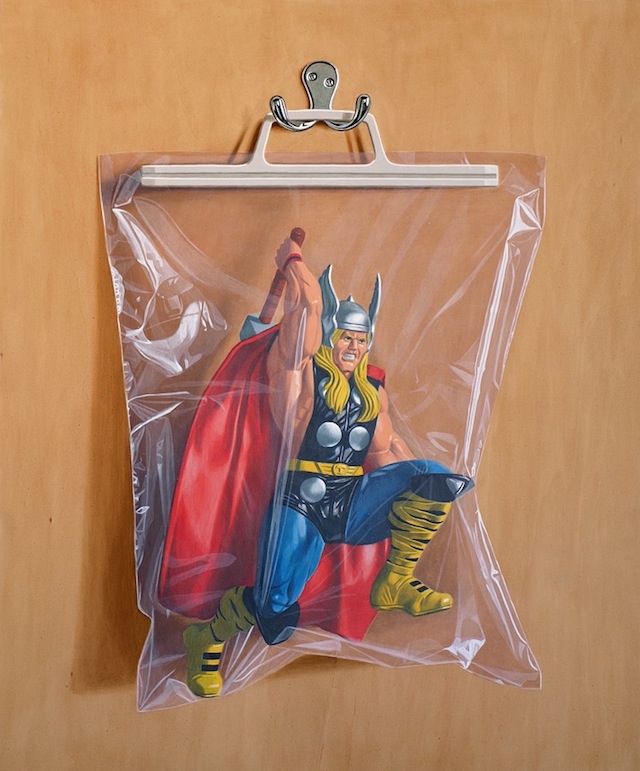 After graduating in Fine Art in 1989, Monk started teaching Art History in colleges. About six years ago, he began painting, initially as a hobby. In 2008 a friend convinced him to submit for the Royal Academy Summer Exhibition in London. He was fortunate enough to be accepted. More exhibitions and sales followed and he began to take himself more seriously as an artist.