Piano Made of Simple Sewing Buttons 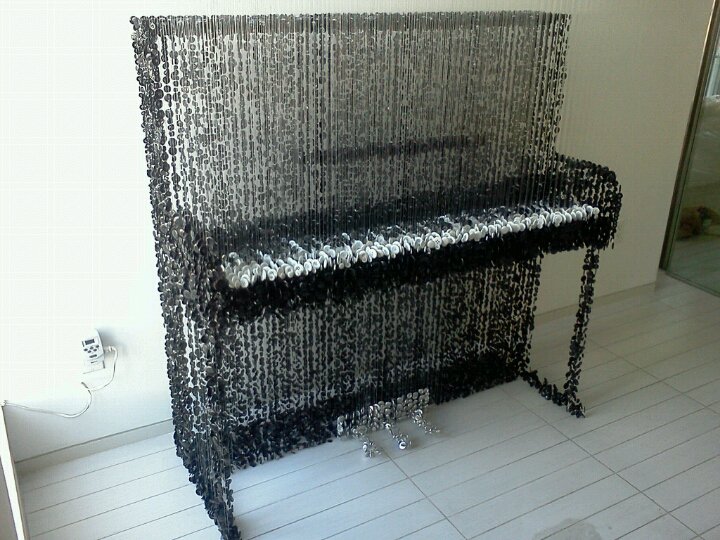 I came across across the work of Augusto Esquivel at Art Miami and was immediately struck by how he's able to string buttons in such a way that they almost magically form ordinary objects, like a grandfather clock or a phone, as well as everyday instruments. The Argentina-born artist has a knack for making us appreciate not only the artistry involved but the sheer creativity.

Of course, out of all of his pieces my favorite is his Upright Piano (shown here) which was made from 60 lbs of black and white sewing buttons, monofilament and acrylic. So how many buttons is that exactly? Esquivel tells us that he used 30,000 buttons! The artist worked on this piece alone, which took him a total of two and a half months from start to finish. What was involved? “To know how the sculpture would look, I measured a real upright piano and translated it to my technique,” he says. “It would be something between the job of an architect and an instrument maker.”

And the greatest challenge? “For this particular piece, the most challenging part was to create the keyboard. To create it, I sculpted the same amount of white and black keys, using the same length, width and space in between, to duplicate the real object.”

Look through his website and you'll also find a fire extinguisher, swing, and even a toilet seat!

As he states, “I am often obsessed with comparisons of reality and potential and the balance between them, in art: the idea of chaos in perfect order: an object seemingly solid to the eye can also be fragile and inconsistent to the touch; a common object used to create a piece of art becomes transformed into something complicated and intriguing.

“I realize how insignificant and small a simple sewing button can be as it lays in my grandmother's sewing box, but at the same time how unique and precious it can become as part of a work of art. Like an atom in a molecule, each button serves and shapes the whole. I hold the button to my ear and it whispers to me, ‘I want to be…..'” 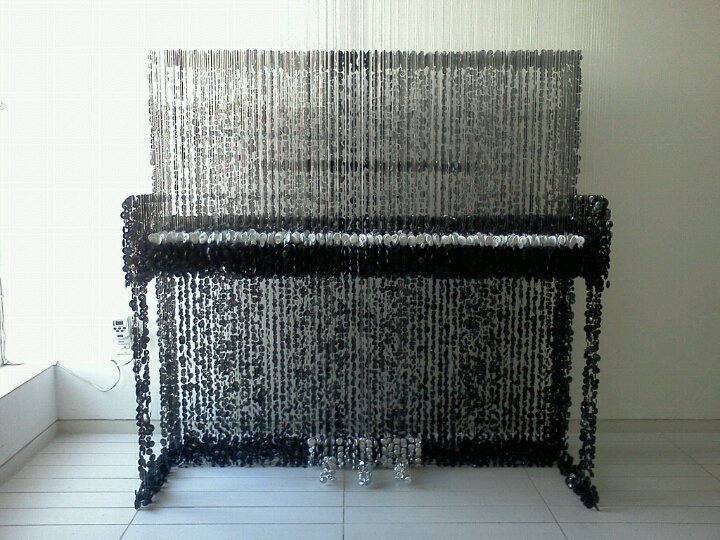 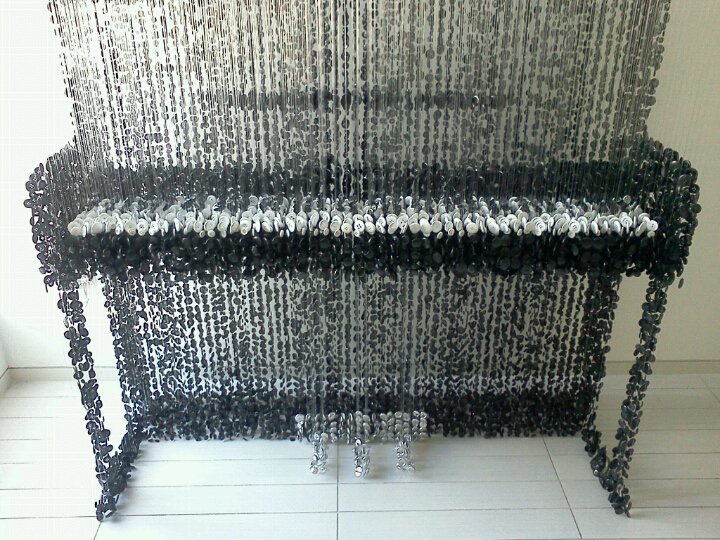 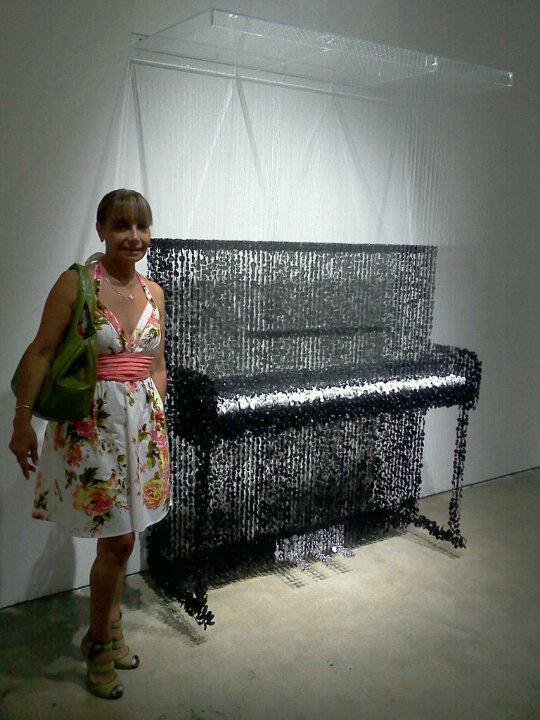