Pic of the Day: Angry Birds 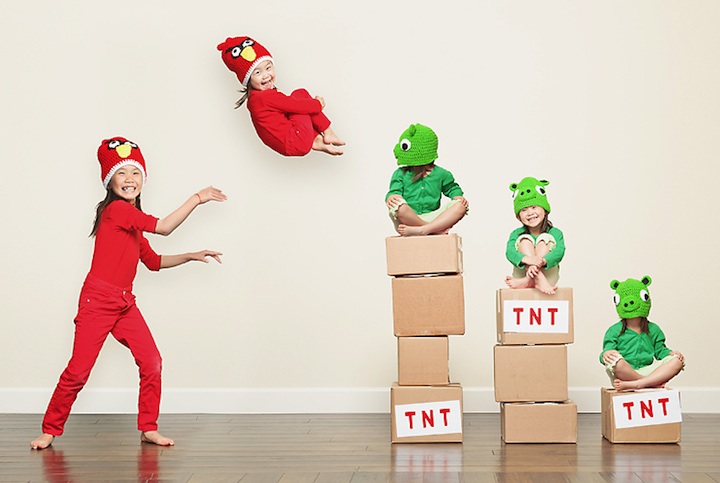 Angry Birds has taken the world by storm and who better to show us this than our favorite father/photographer Jason Lee?

Jason just put up this great photo of his two daughters reenacting the game.

“The kids love Angry Birds and, I admit, I'm a big fan too,” he tells us. “I saw these hats for sale on Etsy and knew the kids would get a big kick out of them.

“The girls have been playing their own version with stuffed animals and stacking up various objects, so I thought, hmmm, this would be a fun picture. I really wish I had a big enough slingshot, but I had to improvise. The setup was pretty straightforward, but the most difficult part was getting the younger daughter up in the air. I had to settle for this tried and true method, which is kinda embarrassing to say the least. (See below.) 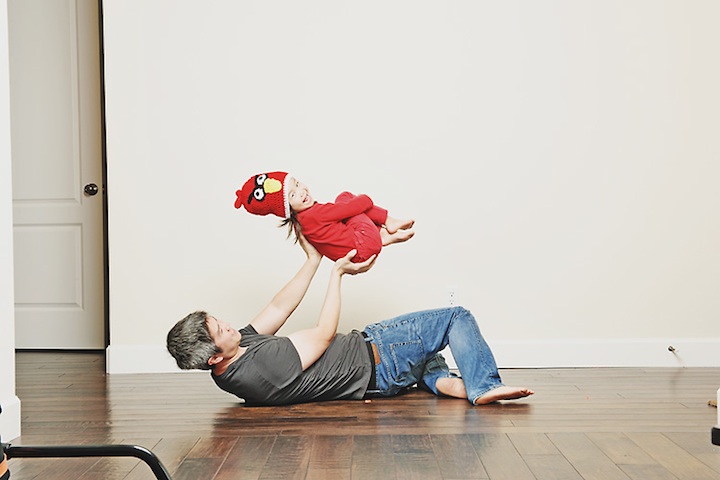 Once again, Jason Lee wins the Creative Father of the Year Award (for the fictional contest I created here at My Modern Met)!

Thanks for sharing, Jason!