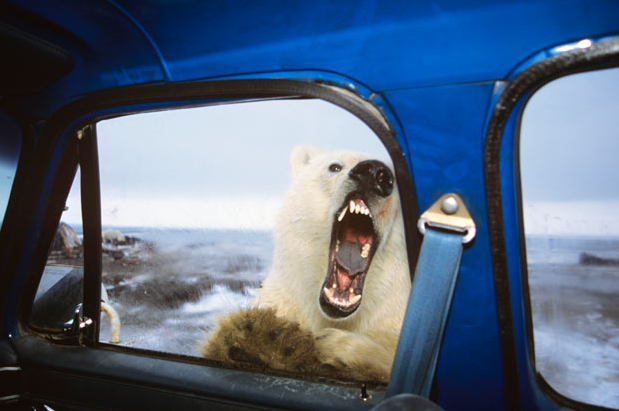 Wildlife photographer Tom Leeson had a very scary face-to-face confrontation with a polar bear. The huge beast wandered up to his truck and placed its face on the passenger window while baring its teeth. The moment was captured on camera by the 60-year-old, who watched the scene in awe from the back seat of the pick-up truck. The encounter happened on Barter Island, in the Beaufort Sea off the north coast of Alaska.

“The window didn't seem thick enough and I thought that if the window broke my best bet would be to lie down behind the front seat or to grab my tripod and whack him on the nose with it,” said Leeson.

Tom & Pat Leeson's website
via [The Daily What], [Telegraph]